Community radio station ALL FM 96.9 is throwing open the doors of Ruby Lounge in Manchester City Centre this Thursday 28 June with a 10th birthday fundraising gig.

Featuring Manchester bands who have played on the station over the years and a host of ALL FM presenters DJing on the night, the gig will see post-punk band Dislocation Dance, 60s pop-infused band The 99s, The Matt Wolff Band and Denise Morgan take to the stage to support the Levenshulme-based community radio station. And if you think you’ve seen Denise’s name somewhere else recently, you’re right – the singer performed as part of “Team Tom” on TV series The Voice.

Vicky Richardson has been a volunteer presenter at ALL FM since the station first began and has organised the celebratory gig with support from a number of other volunteers at the station. She said: “We’ve been on air for a fantastic ten years, giving a voice to music and issues that matter to South, Central and East Manchester. All shows are run by volunteers but we still have costs to cover and we hope this gig will help to support with those at a time when funding is harder and harder to secure.”

The community radio station hosts a diverse range of content and music and over the years it has gained a reputation as a cool independent station championing local voices and giving a platform to break-through Manchester music acts.

In addition to giving local acts their first break, some big names to have spoken on the 96.9 airwaves over the years include artists such as the late Gene Pitney, former Pulp guitarist Richard Hawley and Paul Heaton of The Beautiful South.

As well as organising Thursday’s Ruby Lounge gig, ALL FM’s Vicky Richardson runs a regular quiz night every Thursday at Pod Deli on Albert Road in Levenshulme, close to the station’s base. Costing £2 per person and taking place from 9 -10pm, it’s another way of raising the profile of what the station does and increasing its income stream during times of reduced funding.

Vicky added: “I enjoy running the quiz and meeting listeners who love ALL FM. I’m really hoping to meet even more supporters at our 10th birthday gig at Ruby Lounge this coming Thursday 28 June. Come down and say hello!” 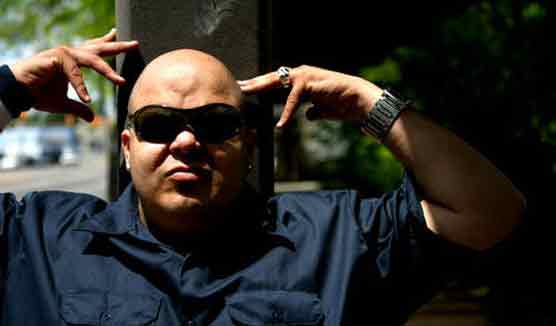