Brasserie Abode have introduced weekly Live Music sets on Friday nights which are perfect for after work drinks, a lovely little date or just to go and sit on your own and look pensive while relaxing with a cocktail.

Throughout August you can expect the following;

Friday 4th August – Alec Townsend
Alec has been a live entertainer for over a decade. Performing songs from all eras with his original twist. His voice has been described as “angelic and soothing, he brings melodic beauty out in the songs he sings. A true talent”

Friday 18th August – Prima
RnB licks reminiscent of classic Maria Carey, soaring vocals mixed with a distinctive twang of folk, all lay on top of a bed of distorted 808’s, trap style snare rolls and lush pads, this is a voice which instantly grabs you.

Head on down between 5.30pm and 8.30pm every Friday for some free live music, belting cocktails and some lovely food. 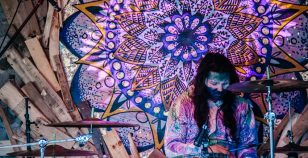 Last Chance for One Tribe Tickets