By now you should be over your festival season.


That girl you fell in love with on the dodgems at Glastonbury has gone back to her dreadlocked surfer boyfriend in Newquay and the one who held you whilst you watched the sunrise at Boomtown has returned to her disgusting hippy squat in Bristol.

Time to stop texting them, give your mates a buzz and get back in the scene. Here’s where it’s at in September.

Yep, it’s not really a club night and yep it’s the second event to be held on a Sunday but Mondays are rubbish anyway so you may as well use them to deal with a hangover.

Here’s an idea of what to expect, definitely worth checking out, will be like DJ Yoda but better…

The Hit & Run lot launch their 2018/19 season with a couple of events but this one looks like to one to be at as they pitch two labels against each other. I don’t think there’s gonna be a fight or anything, more a case of each label selecting their own line up and hosting a room. Sure if we try hard enough we can convince them to at least have some sort of combat sport, bit of mud wrestling maybe?

Anyway, lineup features Drum n Bass legends Docc Scott and Source Direct along with Blocks & Escher, who had one of the most talked about albums of 2018, holding it down in the Metalheadz room.

Kaizen records room sees Madam x, Biome and Walton take to the stage with a special extended set for Oneman, will definitely be a sweaty one.

This claims it’s a festival but it isn’t a weird one where you have to dress up like a nob, well, you can if you really want to but don’t expect me to talk to you.

Set across all 3 rooms, the night showcases a vast array of Manchester talent including live performances from Skittles, Mike Blind and Top Cat as well as DJ’s B B B B B BURGABOY, Redeye HiFi and LZ. Add to that headline duties from Gorgon Sound, the day/night will provide an eclectic mix of Bassline, Grime, Reggae, Hip Hop, Jungle and I imagine there’s some sort of House and Techno room but nobody will go in that bit.

The event does have an agenda behind it and that is to raise awareness about the homeless crisis. There will be a number of workshops on the day to get involved with to find out more about how you can support.

The guys at WAH (Worried About Henry) have firmly cemented themselves as one of the biggest promoters nationwide over recent years but the amount of events they have released for the remainder of 2018 is pretty unbelievable.

Their first outing in September brings a monster lineup of Drum n Bass and Bassline to the Academy with noticeable performances from Redlight B2B DJ Zinc, Mr Virgo and General Levy. The night also features a room for showcasing Manchester talent including Jack Banner, Nuusic and some prick called Nanny Banton.

Looks set to be a belter

You’ll be lucky to get a ticket for any of the Warehouse Project events at this point but if you can, get down to this Essential Mix Special. Playing on the night are The Martinez Brothers, Eats Everything and, of course, the legend that is Pete Tong. Will be sure to be a messy one. 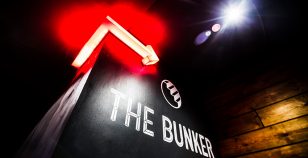 Rave for a reason with Black Dog Ballroom NQ