This Saturday, November 19th sees WEPLAYMUSIC’s Simon Ledder arrive in Manchester for an intimate night of dancing down a dark alleyway in the Northern Quarter. That’s the Kraak Gallery, off Stevenson Square, in case it wasn’t clear enough.

The Guardian previously compared the venue to haunts in Berlin, what with the whole part arts space, part underground dancefloor thing going on. That’s pretty apt in this case, as the sounds on offer between 11pm and 4am at Partizan will no doubt reference Germany’s capital as much as Britain’s, where the WEPLAYMUSIC club nights have been going off for around three years.

Alongside Ledder those in attendance can also find Rick Nicholls, from elusive but well-respected Manchester collective Bohemian Grove playing records, with support from residents Tom Lambert and Simon Davies. Techno and tech house will be the order of the night then, with everything focused on the music. So, if that sounds like the kind of marching orders you’re after we’ve put full details of the event below, with tickets selling at a bargain £3 plus booking fee on the end of this link, while more information about the Partizan crew can be found by clicking here. What more do you need? 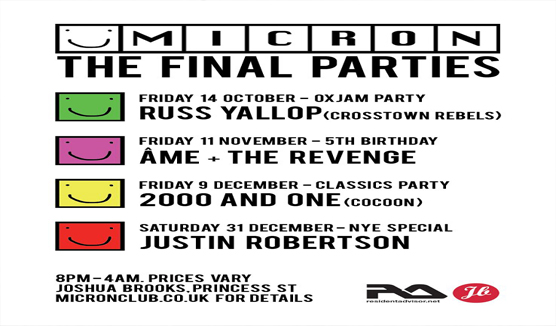