Tonight sees one of the most original, amusing and unarguably talented outfits we’ve encountered in quite some time arrive in our hometown for a date at one of the Northern Quarter’s best venues.

The Burning Hell hail from snowy St. John’s in Newfoundland, Canada, and have been touring relentlessly since 2007- winning themselves a loyal following in the process thanks to stand out performances at both gigs and festivals. Notably (and rather fittingly for such alternative types) they also once played a show in a mental hospital in rural France.

Critics have likened them to a Bill Callahan-Pavement-Randy Newman hybrid, which might sound a little strange but that’s precisely why they stood out to us so much. Lyrically astute, and with enough rhythm and wit to ensure that even when the themes are heavy crowds can still get down to their tracks, they play tonight, Wednesday 17th September, at Soup Kitchen, and we wholly recommend getting involved. 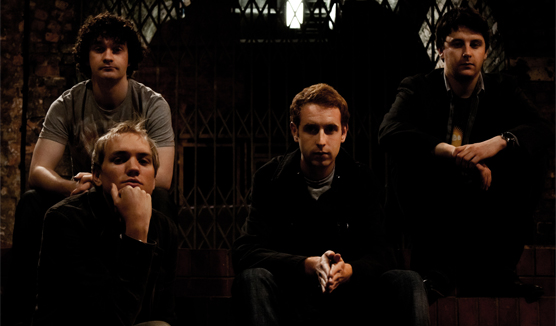