Festival 41 is a brand new festival taking place at Abbotsfield Park on Saturday 30th June & Sunday 1st July. It promises to offer Manchester something different - a festival with full-day line-ups of both comedy and music.

Day one is a full day exclusive to comedy, which is a first for Manchester. This day features headline performances from Nish Kumar who is well know to comedy fans for appearances on Dave TV’s ‘Nish & Joel vs the world’, presenting BBC 2’s ‘The Mash Report’. Plus he is a regular panel show favourite on shows such as QI, 8 out of 10 Cats, Would I Lie To You and many more.

The satirical internet sensation Jonathan Pie is also set to headline Festival41’s comedy day. Fresh from his hugely successful first live show, Jonathan Pie saw sell out dates across the UK and Australia, which included a complete sell out of his show “Back to the Studio” at the Lowry Theatre, Salford.

Pie is the creation of Tom Walker and has been described as ‘the most important satirical creation since Partridge’ (Rory Bremner). With over 1 million Facebook followers, his weekly videos regularly achieve millions of views. His response to the election of Donald Trump was viewed more than 150 million times world-wide.

Along side Nish and Pie, performances include Britain’s Got Talent finalist Micky P Kerr. The primary school teacher from Leeds auditioned for BGT this year and won over the judges and the audience, despite his cheeky jibes at Simon Cowell for eating during the beginning of his audition. Micky’s song ‘Bag for Life’ has been seen by over 1.3 million people online.

He’s been an over night success since appearing on the show, however this wasn’t his first go at comedy. Micky has been on the circuit for quite some time. Last year his show “Lay-Z” saw success in the Edinburgh Fringe festival which was followed by a support spot for Chris Washington on tour. He was also the runner up in the 2016 musical comedy awards.

Well loved compere’s Matt Reed and Lou Conran will be hosting the day. Both Lou and Matt are highly sought after comperes throughout the circuit and both have had their own success in comedy, with several critically acclaimed shows between them.

There will also be performances from promising up and coming talent such as Tony Wright and viral sensation Jay Hampson famed for his opinion of vegans. Plus Keith Carter brings his infamous performance of Nige, the disgruntled Liverpudlian.

The next day, 1st June, hosts a full day of music. Headliner announcements include Scouting for Girls and the BBC 2/BBC 1Xtra DJ Trevor Nelson. The Rainband are another performance announced for this day, they are Urmston based but have already had an impressive career including being the recent support acts for the Kaiser Chiefs and Paulo Nuttini and they can’t wait to perform for their local area.

Tom Hingley, ex lead singer of the Inspiral Carpets, brings his band The Kar-pets and you can expect to hear several of the favourite Inspiral’s tracks performed during their set.

Amongst the announcements are a new band the Mercy Mile. They have a Motown and soul vibe when these open mic favourites take to the stage, despite being unsigned the Mercy Mile are definitely ones to watch during the music day.

Festival41 also has a revolutionary approach to accessibility within a festival environment. There will be BSL interpreters on stage throughout performances, as well as a bespoke viewing platform.

Assistant dogs are welcome all weekend. it is wheelchair friendly with hoisted toilets on site. it is Autism friendly, offering a sensory zone and chill out area.

Plus they are working closely with Henshaws Society for the Blind to ensure it is visual impairment friendly, and they are hoping to work towards the first VI accredited event with Henshaws.

For those that may need a break from the festival, they are also offering a pass out system. This is available to anyone who need to leave the festival and come back for whatever reason.

For more information, see the full line up and where to book your tickets go to their website:
www.festival41.co.uk 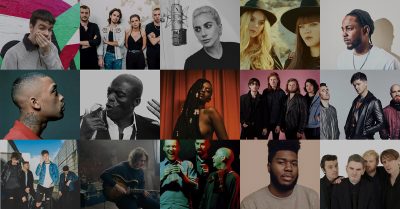