Behind the scenes with street photographer the Mancorialist and Dakota

We recently followed the Mancorialist around the city for his latest collaboration with new luxury hotel Dakota to capture the essence of Manchester style.

Mancunian style is renowned for being unique and is a big part of what makes up our city’s culture. This really resonates with Dakota and has played a significant part in their launch campaign ahead of their official opening on Saturday 18th May.

Scouting the streets during one of the city’s favoured calendar dates, Record Store Day, The Mancorialist went on the hunt to photograph the individuals that he felt personified said Mancunian style from the city’s neighbourhood’s closest to Dakota (Ancoats and the Northern Quarter). Those who were captured will shortly feature on Dakota’s Instagram channel @dakotahotel_mcr.

We covered all the behind the scenes action on our instagram account @mcrfinest where you can now view the day on our ‘Lifestyle’ highlights reel.

Located on Ducie Street, close to Piccadilly Station, Dakota boasts 137 luxury bedrooms, including 20 opulent suites. And the two-bedroom penthouse suite, named the Grand Deluxe, is set to be the largest and most elegant suite in the city.

In line with Dakota’s ‘Manchester, I Like Your Style’ campaign, The Mancorialist has also captured iconic faces of Manchester – including Sacha Lord, Asiya Durrani, Ross Parlane, DJ Paulette, Pasta Paul, Domain Esdale, David Jayet-Laraffe, Giorgia Renata and Elizabeth Cardwell. Head to  @dakotahotel_mcr for updates and an insight into how these individuals describe Manchester’s style and what Manchester means to them. 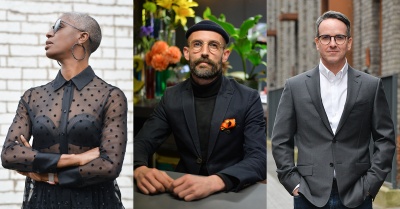