Standing behind the shoulders of giants: Pierre Alexandre celebrates 50 years of hairdressing

They say that behind every great star of stage and screen is an even greater hairdresser. And for 50 years, Pierre Alexandre has been that stylist – standing behind a galaxy of celebrity clients that include The Beatles, David Bowie, Rod Stewart, Take That, Andy Williams, Honor Blackman, Eartha Kitt and Elizabeth Taylor.

Recently, at his luxurious King Street salon in Manchester, it was Pierre’s turn to step into the limelight at a lavish party to celebrate half a century of success. Now hairdressing royalty, Pierre’s accolades include inventing the foils used for highlighting, pioneering the concept of unisex hairdressing and designing the ‘Intercut’ made famous by Jason Donovan in the 80s. During a captivating interview, Pierre also shared tales from his career – from his high profile clients and TV roles, to introducing Lulu to John Frieda and giving Patrick Cameron his first job.

Joined by special guests and TV personalities, Pierre showed no signs of slowing down – even after 50 years.

To find out more about the glittering event, visit www.pierrealexandrehair.com 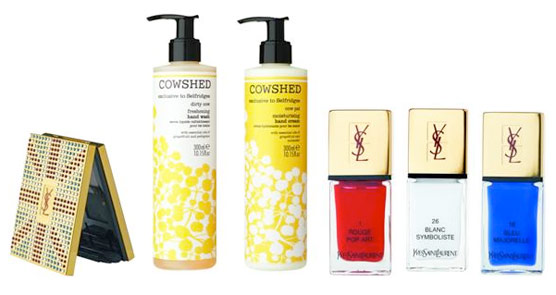