9 Perfect Places for a Picnic in the City Centre

Here's a look at where to go for a lovely picnic of Scotch Eggs and Cider next time it's sunny in the city...

Vimto Park
Everyone’s favourite sugary cordial drink sits pride and place at the centre of this park – so named because it is located directly outside the old Vimto factory (which is now the Sackville Building of the University of Manchester). I must admit that this park is my usual haunt when it’s sunny – not only will it be basking in the sunshine pretty much all day, but you can wave at the trains as they come past too. On top of this, you can take a quick nip to Sainsbury’s or M&S in Piccadilly train station for any much needed supplies if they run out.

Angel Meadows
Located round the back of that mental new Co-op building, Angel Meadows is a great place to have a sit and a bit of grub on a sunny day and to escape the rigours of city life. Sure, the area is pretty much dominated by car parks and new flats, but it’s pretty quiet and there’s plenty of open areas for sunbathers as well as trees for cover for gingers and/or albinos. Although a couple of the closest pubs have shut down in recent years, there’s still The Angel Pub nearby should you want to grab a few drinks and some good quality food later on in the day.

All Saints Park
A constant student favourite, this patch of grass slap-bang in the middle of the MMU campus is perfect for lazy days when you cannot be arsed going to lectures, or you’re too hungover to attend that stupid seminar. Although it’s on one of the busiest roads in the Universe, if you head towards the back – next to Lower Ormond Street, then it’s much more tranquil. It gets really, really busy here when it’s sunny, so if you want to impress the members of the opposite sex (or the same sex – doesn’t matter to me) then make sure you put on your favourite Urban Outfitters gear and bring the Frisbee. There’s also the amazing Archie’s close-by for when you get peckish, or that legendary fruit stall if you’re on a diet.

Ancoats Canal
As the Rochdale Canal passes through Ancoats, there are a couple of spaces that have been designed as nice social spaces in which to enjoy the sunshine and perhaps partake in a lovely picnic. Although the retail park looks pretty terrible nowadays, there is a little open seating/eating area on Redhill Street which is proper nice in the sun, and is close enough to the Aldi nearby so as you don’t have to worry about supplies. Personally I had a great ‘night picnic’ further down the road once, just outside the Lock Keeper’s Cottage on Ashton Canal. It’s quiet, there’s grass and ducks and it pretty much always gets the sun.

Parsonage Gardens
I once climbed a tree here in Parsonage Gardens and then got slightly scared by how high I was and froze. My mate managed to climb up and coax me down though and I settled my nerves with a lovely tin of Strongbow. This park is pretty much slap-bang in the middle of the city, but with it being surrounded by tall offices – you don’t feel like you’re in the thick of it at all. Just off Deansgate, there’s loads of shops nearby in which to buy supplies, and you can always pop into Revolution on the corner for a toilet break and a sneaky vodka shot.

Roman Fort Castlefield
A traditional writer would do some research on the Roman Fort located in Castlefield, but considering I’m awful at this – I’m just going to have a guess. Erected by Terrius Smith in 3AD, the fort served to defend Manchester from Braveheart-style blokes who travelled all the way from Cheshire to steal our chickens and pillage our huts. It’s still standing; a testament to Terrius’ planning and grouting. Surrounding the fort is a lovely green area which keeps the sun pretty much all day – perfect for a sunbathe and a picnic. The whole area of Castlefield is great for a stroll actually, particularly if you feel like popping into a beer garden such as you would find at Dukes 92, The Wharf or Barca.

Sackville Gardens
This is probably the weakest option on this list for a few reasons. First of all it’s outside a college, so if the kids are there you’re probably going to get inundated with people asking to swap footy stickers or getting in the way of an important game of Pogs. Secondly, it’s usually under lots of cover due to the large amount of trees overhead – not really giving you enough sun to get that Dale Winton look you’ve been hoping for. May he rest in peace. The park is very, very nice though – with plenty of flower displays, the fantastic Alan Turing memorial, and Canal Street on your doorstep for when it starts getting late and you fancy a boogie.

Spinningfields
Although they usually decide to erect some massive pre-fab, fad-filled bar and event space here every year, there’s still a couple of places in Spinningfields where you can have some food and a drink without spending £7 on a single vodka and tap water. The area is pretty open so there is plenty of sun, and there are about a million shops and restaurants in which to buy some food. I would personally head over to the brilliant Carluccio’s and get some proper Italian grub. They can even whisk up a pre-made Picnic for you too, if you are feeling especially flush.

Greengate Square
This is a rather new and swanky development so if you’ve not heard of it – that’s fine. It’s also officially in Salford and not the city centre, but I don’t think anyone cares. Located pretty much opposite Manchester Cathedral, this square offers a lovely open space in which to chill out, relax and snigger at people going to work while you enjoy yourself. This is more of an ‘urban’ picnic spot; which is a posh way of saying there’s no grass and loads of concrete. But it’s a great place to go when the weather is hot and the fountains provide a much cleaner way to cool down than what you would get at Piccadilly Gardens. 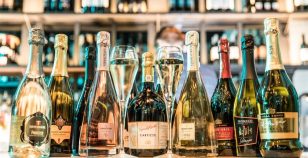