Anyone even semi-familiar with the Manchester art scene will be more than aware of Blank Media Collective. Whether it be in their Blankspace gallery on Hulme St, in their magazine Blankpages or on their website, Blank Media Collective have, since 2006, championed emerging artists, writers, musicians and performers by giving them a unique platform to showcase their work. More than that they encourage collaborations between differing art forms and artists, helping to develop relationships to aid creatives with their future careers.

It is quite fitting that this summer BMC, freshly under the sole directorship of John Leyland, are eager to further share and expand their creative vision with the cities most interesting cultural haunts. As John Leyland himself said:

“Over the past 18 months we hope to have affirmed our place in the cultural landscape of Manchester. Summer 2012 for Blank Media Collective is about reaching beyond our four white walls and beaming our vision directly into spaces that foster Manchester’s creative community.”

So, as part of an ambitious summer of programming, Manchester-based Blank Media Collective are hosting the BMC Projector Series – a program of exhibitions featuring contemporary artists from across the UK in collaboration with creative spaces in Manchester.

Showcasing the creative diversity of BMC’s work, the Projector Series’ maiden triptych encompasses a range of different creative media: film, installation, graffiti and live art. Artists are not simply exhibiting their work, they have uniquely responded to the individual spaces in exciting and unusual ways.

The spaces being explored as part of the series are The Salutation Inn, Sandbar and The Kings Arms.

For those of you who have always fancied a go at graffiti, the Projector series launch offers you the chance. Hayley Garner (aka Aylo) from Dirty Work, Affleks Palace, will be leading an interactive graffiti mural workshop and encouraging visitors and regulars to get involved and learn to spray on one dedicated external wall of The Salutation Inn.  Meanwhile Kev Munday, whose client list includes Walt Disney and Guitar Hero, will be transforming the outside space with his unique  and bold urban designs. Having exhibited his work across 5 continents, The Salutation Inn will be in for a rare and urbanely explosive treat.

Projector II features video installations from artists Jessica Ball, Matt Smith and Stephanie Imbeau projected onto the bare bricks and hidden on screens in the winding walkways of Sandbar’s characterful premises. And on the 16th August BMC will celebrate the solstice of this summer’s Projector Series with a film screening event, transforming the bar into a cinematic playground and inviting the public in for a screening event with a difference.

Greg Thomas’s innovative work confronts viewers with an unsettling re-structuring of structures, engaging not only with the architecture, but also with our assumptions about the strength and stability of community. On the 6th September, topping off an amazing summer of Projector series exhibitions and events, people are encouraged to go along and meet the artist and the BMC team and then join Greg in what promises to be a surprising culmination of his intervention into the space at The Kings Arms.

Following on from the Launch at The Salutation Inn, all works will be available for public view from 26th July to 23rd September.

For further information on all events keep your eyes on blankmediacollective.org 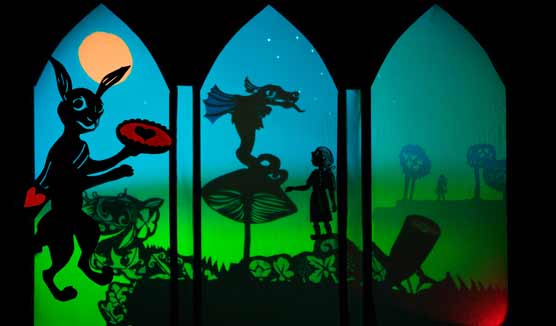 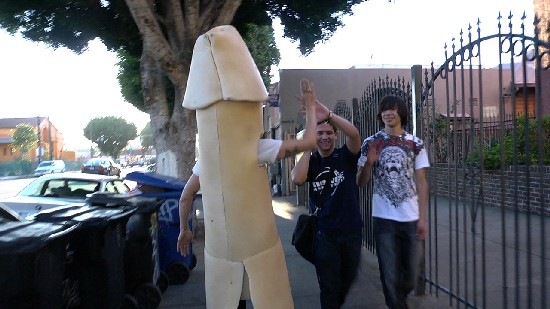