If you've never been kicked out of 42's - have you ever actually even been on a proper night out in Manchester?

Well I’d like to say ‘No’ but I think that’s only because I’ve been kicked out of 42’s more times than I can remember. In fact, one of the strangest times was when I was dragged out by the bouncers for talking to a bloke in the toilet and saying he looked like Jack Osborne. He loved it. Bouncers not so much.

Terrible look-a-like skills aside, most people in the city have a story to tell about 42’s and I’m going to try my best to explore its past right here – you’ll have to get your commenting skills brushed up though because unfortunately for you, and fortunately for me, I wasn’t even born until the long hot Summer of 1985.

It should be said first and foremost that the small unassuming entrance on Bootle Street uncovers an extensive space, one that has seemingly hosted a range of nightclubs for many years – dating back to the early 60’s if my research is correct (which it might not be).

Looking much further into the past though, the whole building – South Central – served as a packing warehouse for John Stevenson & Sons Ltd in the early 20th Century. You can still see the building’s legacy as a warehouse when you view it from the Peter Street side. There’s a small, thin row of windows with a tiny little door at the bottom, just between Revolution de Cuba and Dirty Martini.

A feature of pretty much every old warehouse you will see around the city, these windows acted as a way of getting the goods into the various levels of the building using a system of cranes (and dodgy buggers clinging to the sides!).

Back to the Bootle Street side and one of the first mentions of a club I can find is the rather sketchy Costa Del Sol club which George Best describes in his autobiography as an absolute shit hole. Not only that but he considered the location itself to be terrible for a nightclub, as “all the streets outside were covered in double yellow lines, which meant it was a nightmare to park.

There was a police station on the corner, which nightclubbers don’t regard as a plus point, and the club was on the second floor.” Even with these terrible attributes, George bought the place – perhaps not as sharp in business as he was on the football pitch?

As we are all aware now, George was a bit of a caner, enjoying the finer things in life – mostly fast cars, shagging birds and guzzling gallons of champagne. In between playing for United, he would spend a lot of his spare time knocking out Michael Caine on the dancefloor of Tramps, banging Miss World and frequenting his brand-spanking-new club – Slack Alice.

Taking over Del Sol, George wanted to create a much classier venue complete with wine, cocktails and of course – champagne. Slick Alice quickly became the talk of the town, with a seemingly endless supply of celebs making their way over from the newly formed Granada TV studios close by and of course, George himself – usually seen hanging around outside at 10.30pm, picking up some blonde crumpet in which to crack on with upstairs.

With the eventual downfall of George at United, the club ended up getting sold off and became Zoo which I can’t really find any information about at all – mostly due to a venue being called Zoo just off Oxford Road right up until recently. There was one bloke who says he remembers that it had a light up dancefloor, from the underneath like in Saturday Night Fever, which if I’m being honest – sounds fucking brilliant.

By the 80’s the space was still being used as a nightclub, and once Zoo was done it became Playpen – a place that quickly became associated with great music and later in the decade – the Madchester scene.

The club had many a great night with even Dave Booth, The Stone Roses’ DJ having his own weekly sessions in there. There was a big mix up in tunes on the different nights, something that 42’s continues to this day.

The mid 90’s saw Playpen change hands and become the 42nd Street that we know and love today. Well, actually at the time there was a cracking bit of ‘42’ printed carpet (that invariably got covered in sludge, slimes and vomit) as well as a circular bar in the middle that everyone then danced around and they sold a bit of manky food in which to soak up the booze with.

They must have got sick and tired of scrubbing the carpet because it wasn’t long until they ripped it all out, moved the bars to where they stand today and plastered the whole thing in metal grating and terrible indie murals. For 42’s became what is now affectionately known as an indie club, plying the young people of Manchester with dirt cheap booze, Manc tunes and an easy place to get your end away.

This is where my memory of 42s comes in, somewhere where many a Fresher has unwillingly found themselves on a Tuesday night or slumped in a corner necking some randomer on a Friday. To be fair to 42’s they still manage to pull in the celebrities including Bez, Liam Fray and on one brilliant occasion – Dick & Dom – who were then treated to a game of ‘Bogeys!’ by the whole club.

Of course, in recent years the building has also become home to more flashier venues in the guise of Revolution de Cuba and Dirty Martini, but 42’s still soldiers on – bashing out the indie rock & roll, the £1.50 vodders and being one of the best places in the city for a proper mucky night that you’re likely to forget. 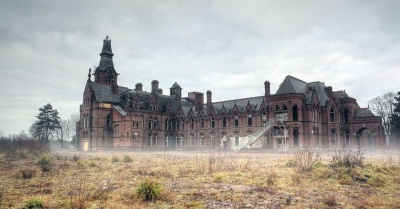 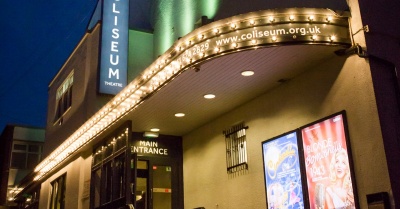 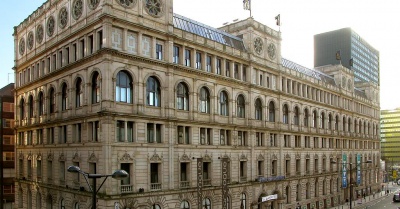