Behind the Photo: A German U-Boat in the Manchester Ship Canal, 1918

The story of how a German U-boat ended up in the ship canal, and then what happened to it... 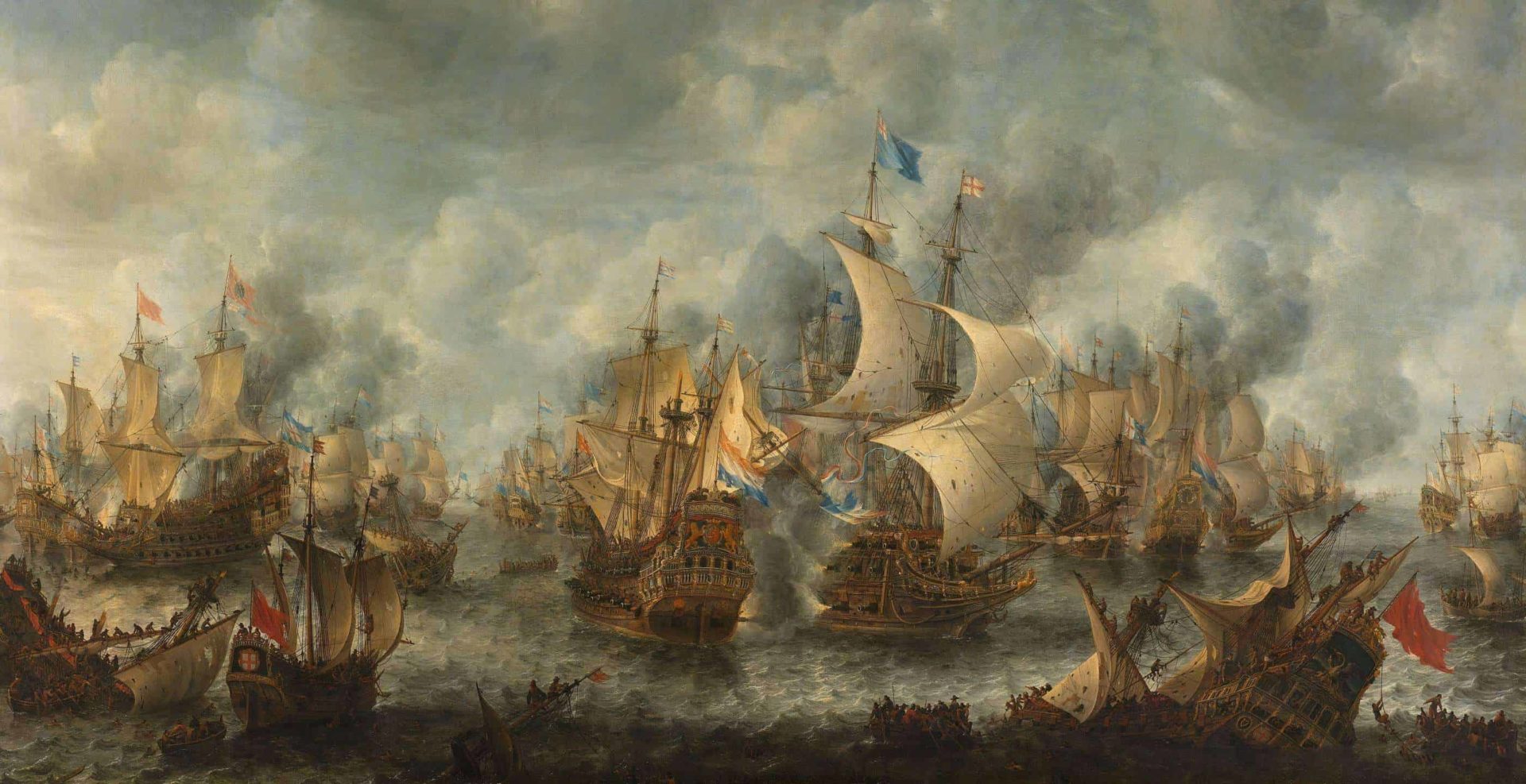 Rule, Britannia. I’m sure you all know the words to, at the very least, the first verse. It’s actually the “Britannia rules the waves” bit that I’m going to focus on now, because to us now in the 21st Century it might seem a little bit out of place.

We currently don’t really rule any waves, struggling to even get our fishing boats into EU waters and the only real experience most people have on the water is on the P&O Ferry over to Amsterdam for a mucky weekend.

Back in the 18th Century though, when Rule Britannia was written, Britain did pretty much ‘rule the waves’ all over the world. It’s essentially a boast about the sheer strength of British naval power at the time, the lyrics then equating this with civil liberty – that an island nation has no need for an army if it has such a strong navy to defend it. Thus, we’ll never “be slaves”. 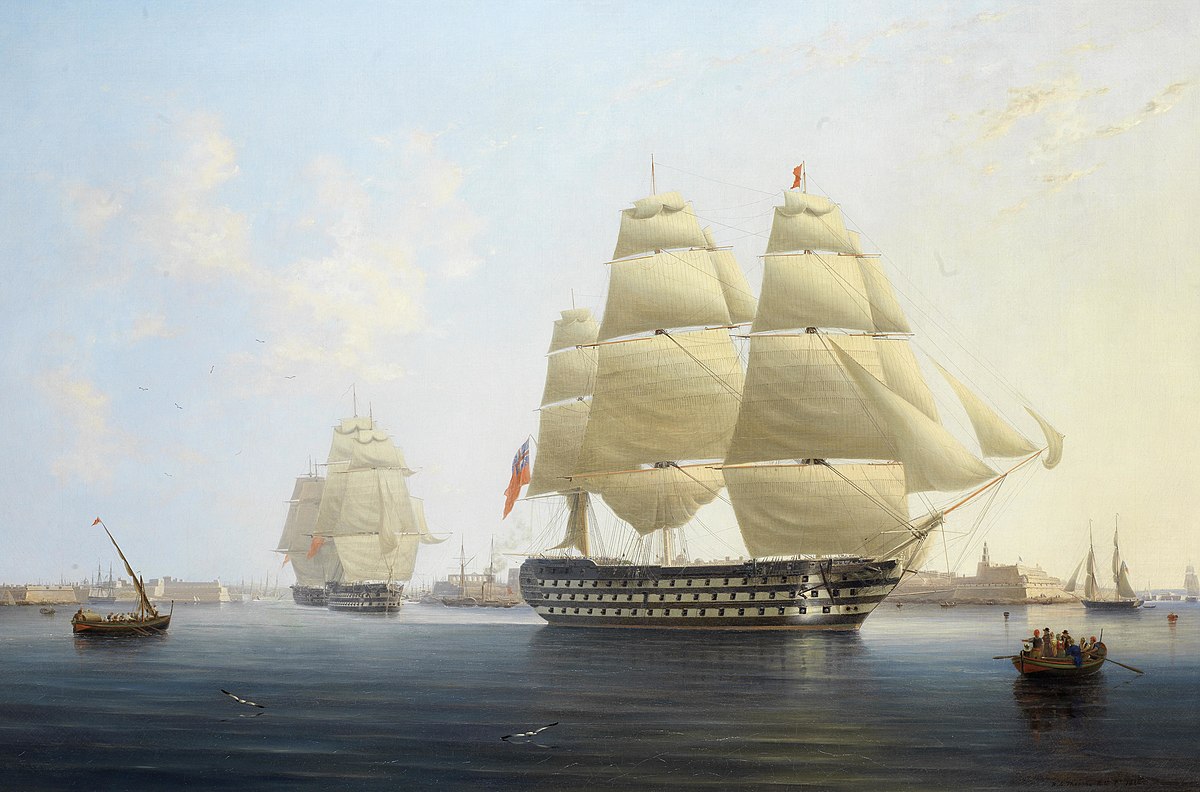 It became a clever bit of jingoism, as Britain was still rather in its infancy as a naval power throughout the 18th Century, but as the Empire expanded and came to dominate the four corners of the Earth – so did the navy.

The Royal Navy thus remained the world’s most powerful navy right until the Second World War, despite the outbreak of the Great War in 1914 and a formidable German navy that utilised, brilliantly I may add, the supremely feared, and nonetheless revered, U-boat submarine.

With the outbreak of war in the Summer of 1914, Britain and its navy commenced a total and complete blockade across the North Sea and the English Channel, cutting off the flow of war supplies, fuel and food to Germany. 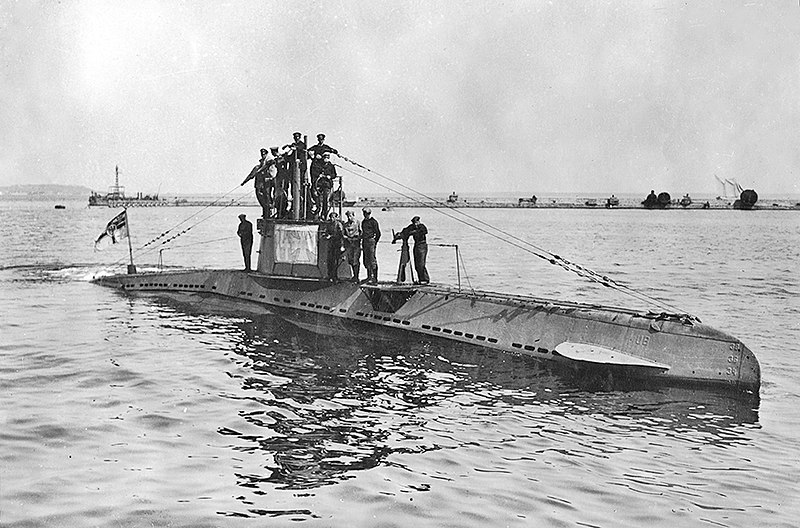 In retaliation, and to survive, Germany launched their formidable U-Boats (unterseeboots) to prowl the seas armed with torpedoes, to absolutely devastating effect. Over the course of the war, the German navy built newer, larger and massively more powerful U-boats to punch holes in the British blockade, destroy morale and effectively putting a huge dent in those century-long lyrics recited in ‘Rule Britannia’.

This fear was felt at home too as the submarines wantonly attacked civilian passenger ships – something which had never been done before to that scale in a war conflict. 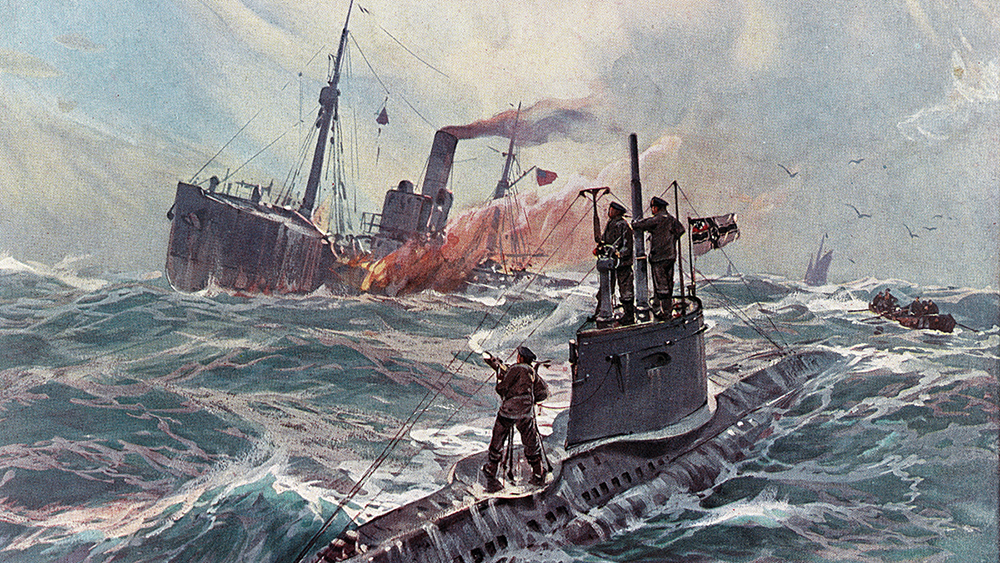 So, what in the world was a German U-boat doing in the Manchester Ship Canal?

Well, it’s actually a rather interesting story, as you’d expect, and something that the people who lived alongside the waterway must have been positively terrified to see when it floated past.

The U-boat in question was actually the U-111, one of the submarines that surrendered to the British on 20th November 1918 in the port of Harwich in Essex. It was eventually taken all the way round Britain and entered the Ship Canal where it ended up docked on Pomona Docks, just outside the city centre, for several weeks. 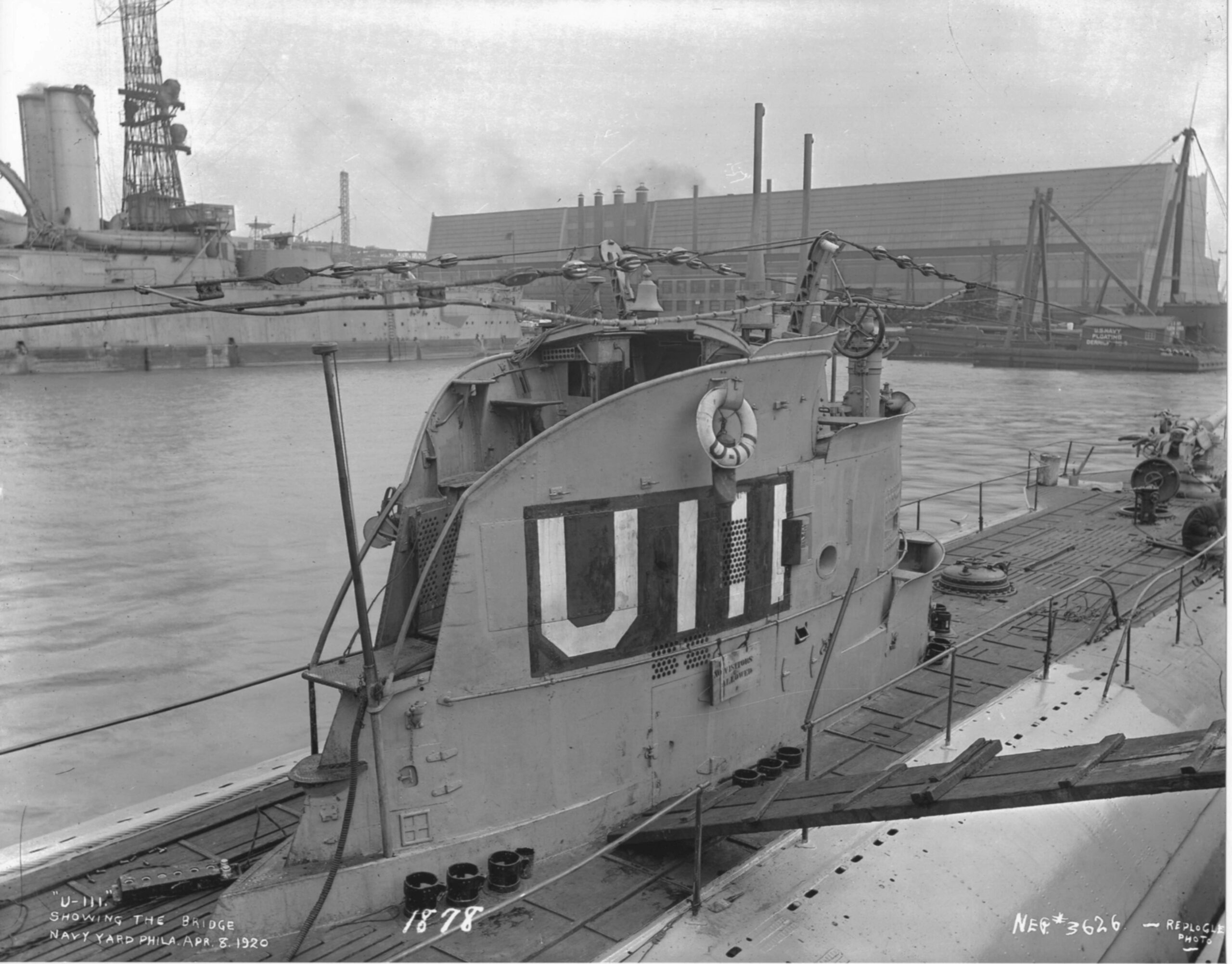 The U-111 was launched in September 1917 and prowled British waters for around a year, where it managed to sink the Bocastle, a merchant steam ship, off the South Wales coast. At the time of the sinking the boat had been transporting coal to the Scapa Flow War Ship Fleet, but with one torpedo, the ship was lost along with all 18 crew members on board.

While docked at Pomona Dock, the public were able to visit the submarine, and if you were a military veteran it was half price, whereas if you were wearing a hospital uniform – it was free. 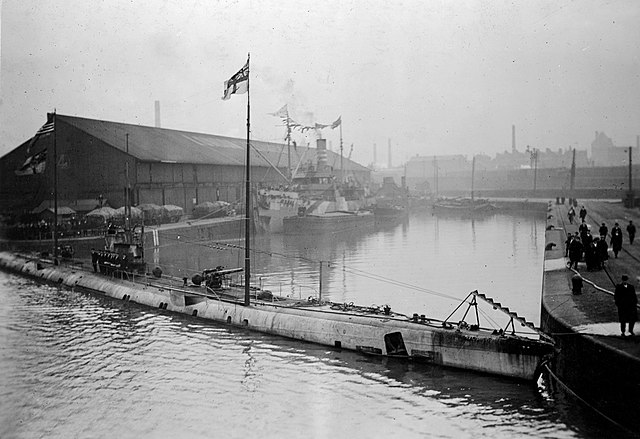 Visitors could check out the decking area outside, and if you were rich enough to pay 5 shillings admission – you could actually go inside the bloody thing and have a nosy around.

The most notable visitor to the submarine was the President of the United States at the time, Woodrow Wilson, who in December 1918 was in Manchester being honored at a Freedom Ceremony at Manchester Free Trade Hall. 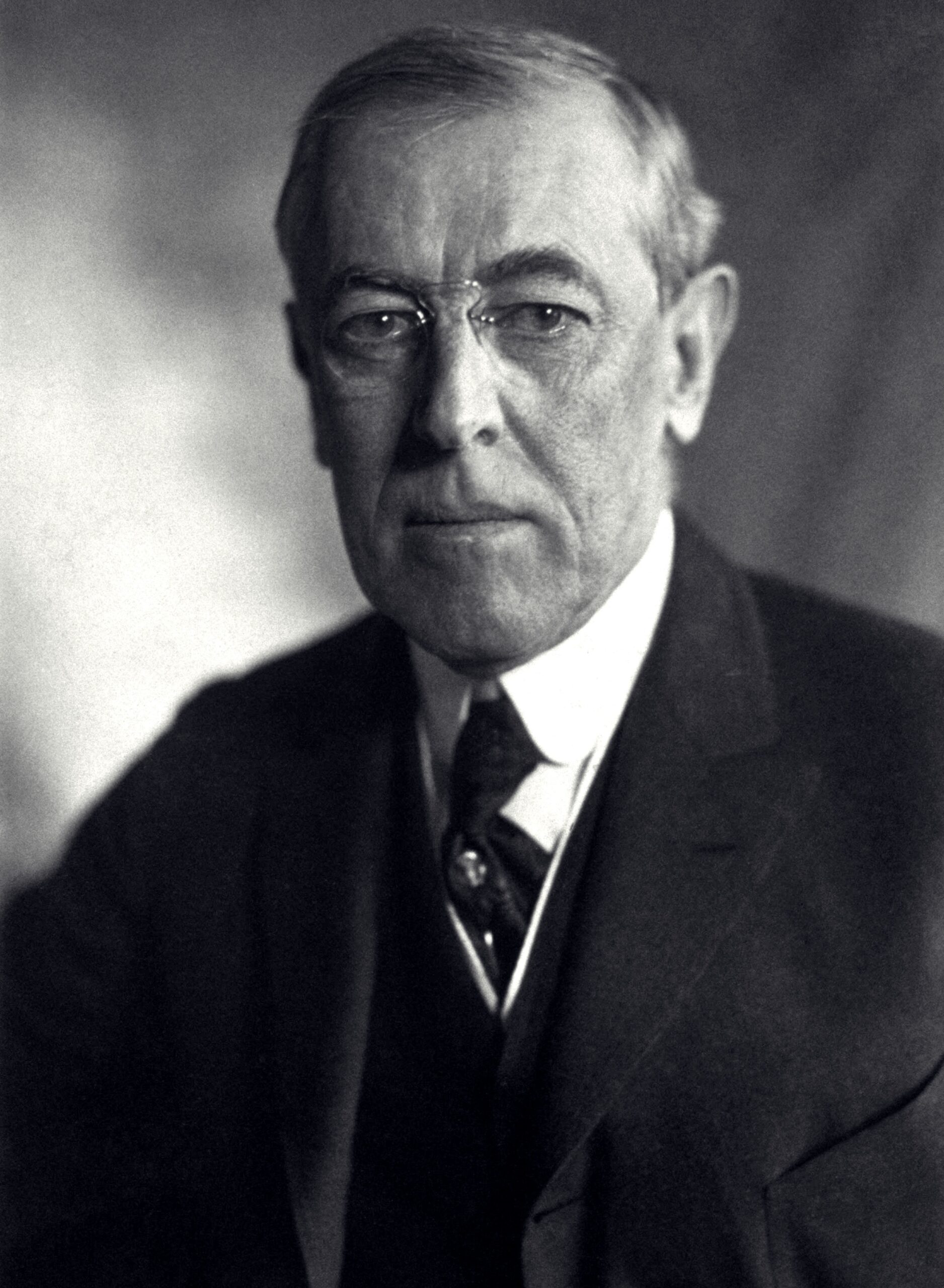 Woodrow had a quick sniff around the boat, maybe kicked a couple of wheels and was off on his way to dream up the Treaty of Versailles and, eventually, cause the Second World War as a result.

U-111 stayed at Pomona Docks until January 1919 when it was taken to Liverpool, then Plymouth and finally sailed over to America – docking in New York’s Brooklyn Navy Yard. It was used there to raise funds for the US Army, and underwent extensive testing by the navy to develop their weapons technology. 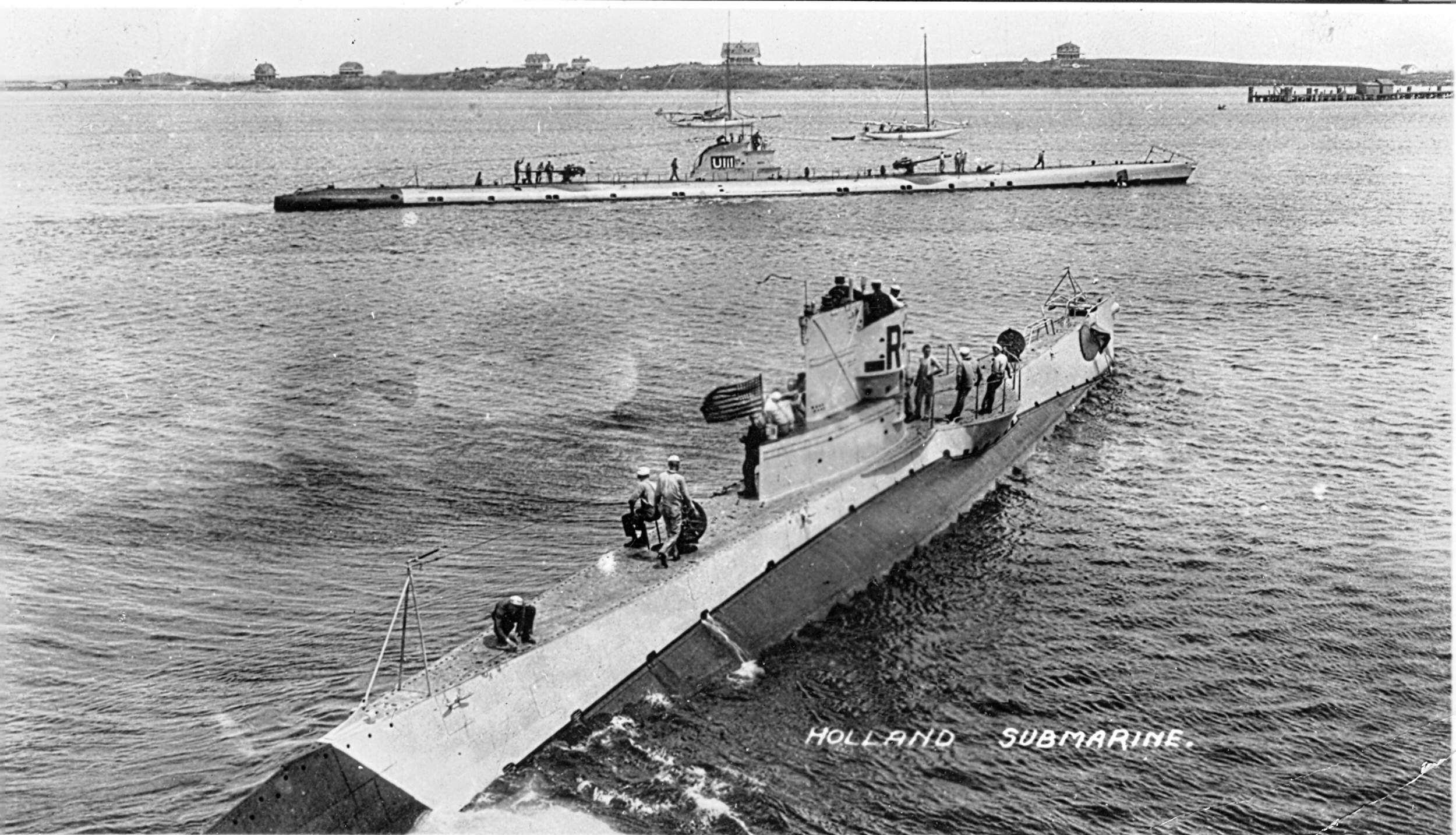 The U-111 (in the background) arriving in Brooklyn 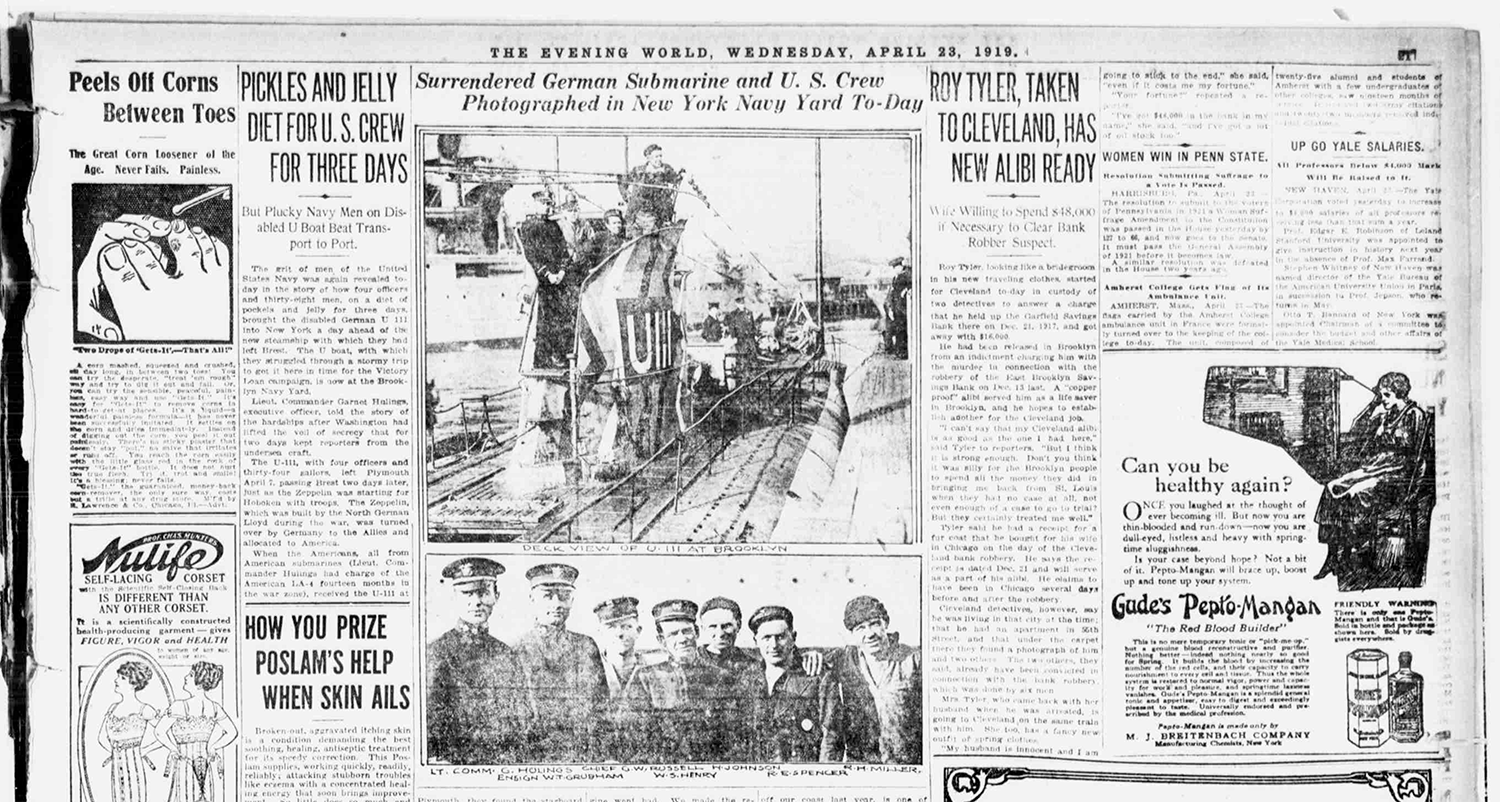 Eventually the U-111 was sunk off the coast of Virginia, victim of aerial bombing practice. It was later exploded using depth charges in 1922 and lost to the sea forever.

By the turn of the Second World War, Britain’s claim to “rule the waves” was well and truly over, usurped by the monstrous American war machine, and a return of the feared German U-boat. We’ve never truly reached those ‘Empire’ heights again, and doubtless we ever will. Ah well, who needs a navy now anyway?