"Me and the bees have something in common. We love buzzin!" 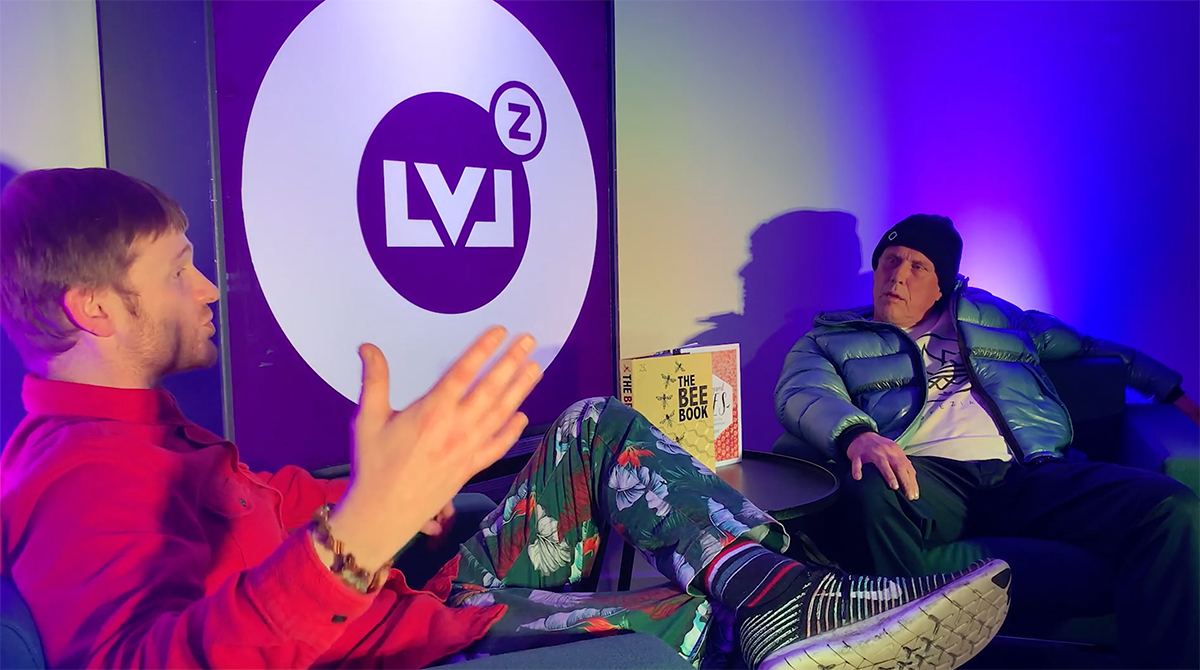 It surely can’t have escaped your notice that earlier this week Happy Mondays legend, Bez, launched his very own YouTube fitness channel – going for a run for the first time since 1999!

But what many of you might not know is that he’s been a keen beekeeper for over seven years, and in response to populations in decline, he’s been encouraging people to set up colonies of their own to help get things back from the brink.

His love for bees stems from his grandad’s passion for them during his childhood, saying he’d come round with huge pots of honey and they’d have it on everything! After being offered his first hive for just £50 – he was all set, and never looked back!

In the video above the Happy Mondays legend speaks to razor-sharp lyricist, Skittles from Manchester collective LEVELZ about his passion for beekeeping amongst other things!

From elaborate Shamanic bee rituals where you end up “hallucinating your bollocks off for a fortnight”, to wasps being terrorists, Bez talks Skittles through it all, including the time he left his fly open on his jeans and a “gang of bees” attacked him.

They also touch on Gogglebox, where Bez also appears alongside pal Shaun Rider, and he let’s us know a few behind the scenes secrets of the hit TV show. It’s also great to know that Shaun will be releasing music in 2021, having worked with the likes of Noel Gallagher and Lee ‘Scratch’ Perry!

There’s even talk of a “huge fucking ley line” that cuts through the whole of the city – a phenomenon that channels some serious energy into Manchester and gives us all our creativity – and that’s apparently why we’ve always been home to a ton of proper, serious, rock stars!

At the tail end of 2020, Bez got together with Skittles and the rest of the LEVELZ crew for the video of their track ‘Buzzin’ in the Beehive’ which featured on Annie Mac’s Track of the Week on Radio 1’s Future Sounds last week. Watch below as Bez teaches the lads how he keeps on top of his bees on top of the Printworks. The video also ties together the worker bee as the symbol of the city and its vital importance to the world’s ecology, as well as their current plight, exacerbated by the reintroduction of pesticides that were banned when we were a member of the EU.

On Friday, Skittles also dropped a brand new video for his track ‘Take Me Away’ from his 2019 album Poor on Purpose…