Which is (of course) currently home to The Principal Hotel & The Refuge...

Even though I’ve spent the last 47 minutes on Google, Alta Vista and Ask Jeeves, I’m still none the wiser as to what The Refuge Assurance Company actually did. It’s a bloody mystery to me and judging from the fact that most mentions of them include words such as “insurance” and “pensions” – it’s not a very interesting mystery.

The company began its existence as the Refuge Friend in Deed Life Assurance and Sick Fund Friendly Society which not only is a mouthful, it probably cost them an arm and a leg in stationary. Even with extra-long pencils there still wouldn’t be enough room for that monstrosity – so owners James Proctor and George Robins saw the light and shortened it to The Refuge Assurance Company.

Founded in 1858, they were a life insurance and pensions company – and perhaps my whole confusion in the matter of what they actually did is clouded by the fact that neither of these two things have ever entered into my consciousness before.

As a 33-year-old man, I should probably start thinking about life insurance and pensions but the simple fact is that I’ll probably die in about 7 years’ time anyway – slumped in a ditch with 24 cans of Tennant’s Super in my bloated stomach – so screw it.

Well, back in the day life insurance and pensions were clearly big bucks, as the Refuge Assurance Company had enough bunce to commission legendary architect Alfred Waterhouse to build them a brand-spanking new office.

Famed as the geezer who also designed Manchester’s Town Hall, what is currently the Principal hotel is actually three separate buildings – with Alfred designing and building the first bit in 1895 and his son Paul extending it along Oxford Street (and adding the famous tower) in 1912.

The striking 66 metre tower is certainly a huge talking point, and lends a significant air of grandeur to the building. Visible from most points in the city at the time, it acted as a great advertising spot with the words ‘REFUGE’ plastered on two sides of it.

I suppose the huge clocks were also a major plus point for any Mancunian in those days, a time where you couldn’t just nip to Argos on your lunch hour to buy a 6 quid Casio.

The building itself was (and still is) remarkable, and it pretty much instantly became one of Manchester’s most well-known and well-loved structures. Clad in red brick and featuring plenty of deep brown and buff terracotta, it manages to look even better in the Manchester rain and gloom – and that’s even before you’ve gone inside.

The ground floor served as an enormous open business hall, presumably where a load of blokes in suits shouted ‘Sell, sell, sell’ and an army of women smashed away at huge typewriters, overseen by an old Trunchbull-esque floor manager with tree trunk legs and a toxic demeanour.

Surrounding them was a wealth of buffed terracotta, Baroque style nooks and some distinctive ceramic tile work – much of which still retains its grandeur to this day.

The Refuge Assurance must have been doing good business because they roped in Stanley Birkett to expand the building further down Whitworth Street in 1932, adding loads more offices into the bit that would later become the Grosvenor Casino for just under 25 years.

By 1987 the company decided they needed a change of scene (and were probably sick of the heating bills) and decided to move to a new purpose-built office in Wilmslow.

For the next 9 years the building lay mostly empty, “except for a caretaker and the ghost on its staircase“, and as you’d expect with any such case, there were a good many people looking to get involved and decide what to do with it.

One such suggestion was to turn it into the new home of the Hallé Orchestra who were looking to get out of the Free Trade Hall on Peter Street. Unfortunately, the £3m funding required for the move didn’t happen and they subsequently ended up in the Bridgewater Hall when it opened in 1996 instead.

1996 not only saw The Spice Girls try and get off with Prince Charles, it also saw the private sector get involved and decide to convert the building into the Palace Hotel at a cost of a cool 7 million quid.

I must admit to never having stayed in the Palace when it was the Palace but I heard that there were some significant issues with transforming a former office block into hotel rooms. The hotel was known by many as the “worst 4-star hotel in Manchester”, not helped by the rather uninspiring Tempus Bar & Restaurant located on the ground floor.

Fast forward to present day though and the Palace was recently bought out, given a £25 million cash injection and is now known as ‘The Principle’. The rooms all received a much-needed bit of TLC and the ground-floor space was transformed into a spectacular bar and restaurant space – The Refuge.

Headed up by two of Manchester’s most well-known (and respected) DJ’s, if you’ve not been to The Refuge yet then you really need to sort yourself out and get a grip. Taking the concept of the brilliant Volta in West Didsbury, Justin Crawford and Luke Cowdrey have managed to create a venue which can shift and change for a whole assortment of uses.

There’s the stunning Winter Garden, complete with conservatory ceiling and huge indoor trees, perfect for sipping a few gin and tonics after work with your friends. There’s the restaurant, serving up small plates (or ‘Voltini’) – all inspired by Justin and Luke’s travels around the world, and then there are the HUGE ‘Come As You Are‘ parties that take place throughout the year – featuring many of the city’s biggest and best DJ’s all under one roof.

Of course there’s LOADS more going on but I’m not going to start listing things here – just go and check it out for yourself.

Recent developments on the grape vine have indicated that The Principal has been bought out once more and will be getting a brand-new name change again very soon. Fear not though, The Refuge will still remain, nestled inside this stunning building with its impressive history.

The Refuge by Volta 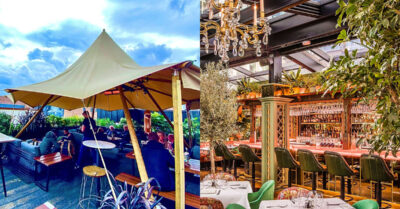 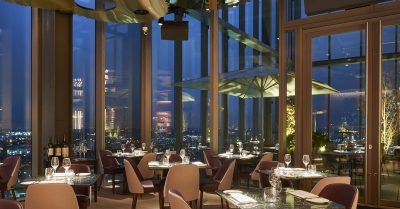 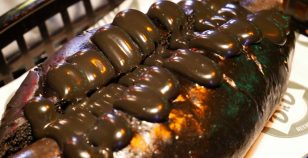 Go Back to Black with Halloween at Dogs ‘n’ Dough