What a strange thing to build in the middle of Stockport. I mean - a bloody pyramid!? 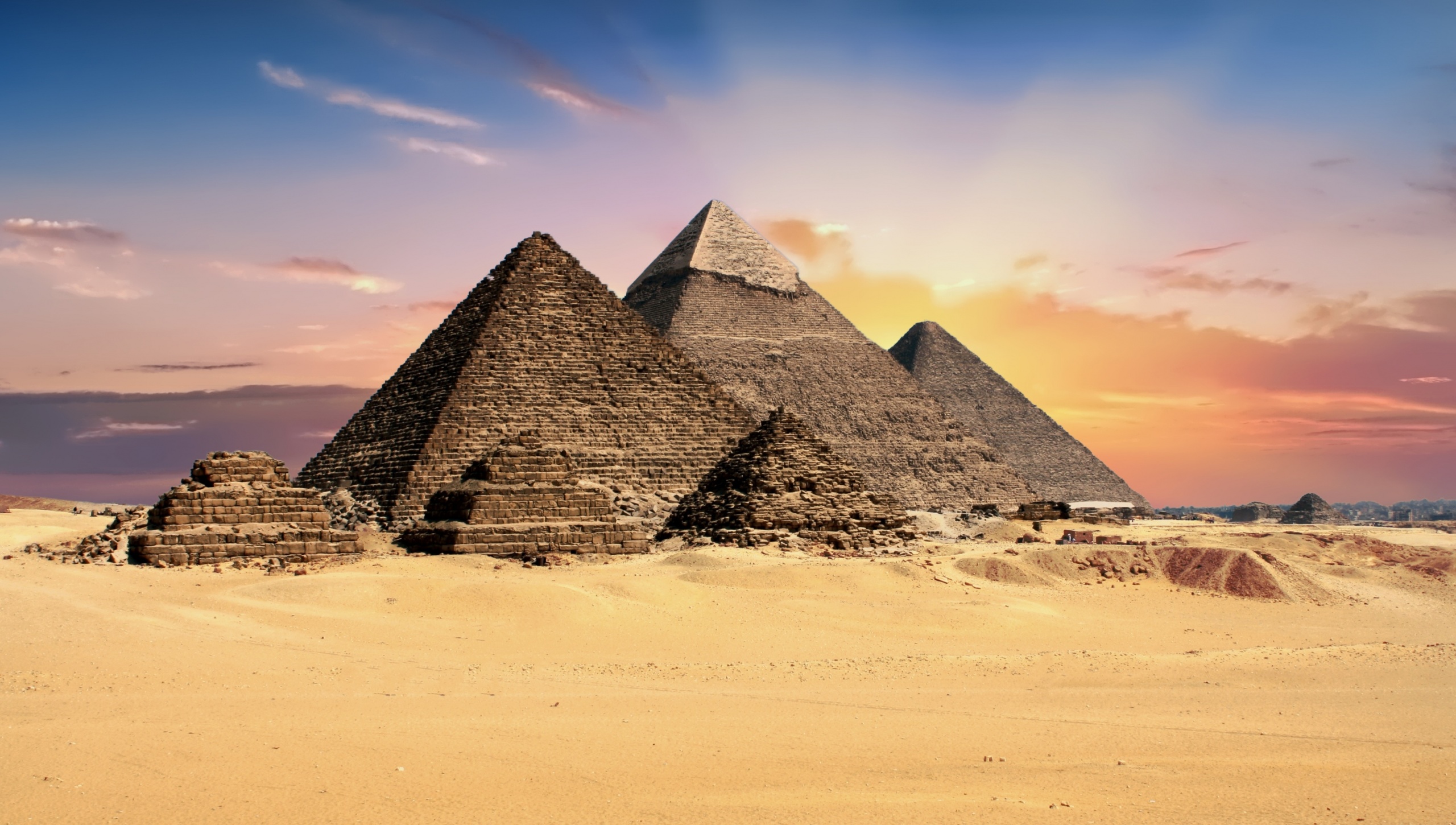 All the way back in the Egyptian times, and we’re talking approximately 5000 years ago, they forced a vast amount of slaves to build what would go on to be the only (original) Wonder of the World to still be standing today – the Great Pyramids of Giza.

Construction began when pharaoh Khufu wanted to build a tomb for when he died and to be fair he got a little bit carried away with it. The tallest man-made structure for over 3,800 years, the ‘great’ pyramid was a bit OTT for a tombstone if you ask me.

Today, the pyramids are about 100 metres away from a Pizza Hut, as the growth of Cairo slowly encroaches on these huge feats of engineering and mathematics. It’s only a matter of time until the roads and shops of the city eventually surround them, but they’ll still stand tall and sturdy – a testament to their design and the Egyptians’ foresight. 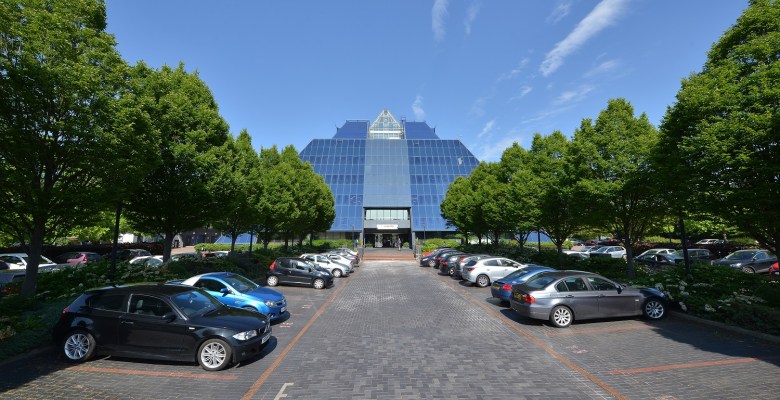 You don’t need to travel all the way to Egypt to see an impressive pyramid though. A trip past Stockport on the M60 will do – because if you didn’t already know – there’s a massive bloody glass one just plonked right in the middle of town. I’ve always wondered why – so I’m going to find out right now.

To look at the where and the WHY of the pyramid we will have to take our heads right back to the long hot Summer of 1987. Everyone is busy dancing to Bad by (a not-yet white) Michael Jackson and a gang of construction workers were putting their tools down on a yet-to-be completed pyramid in Stockport town centre. 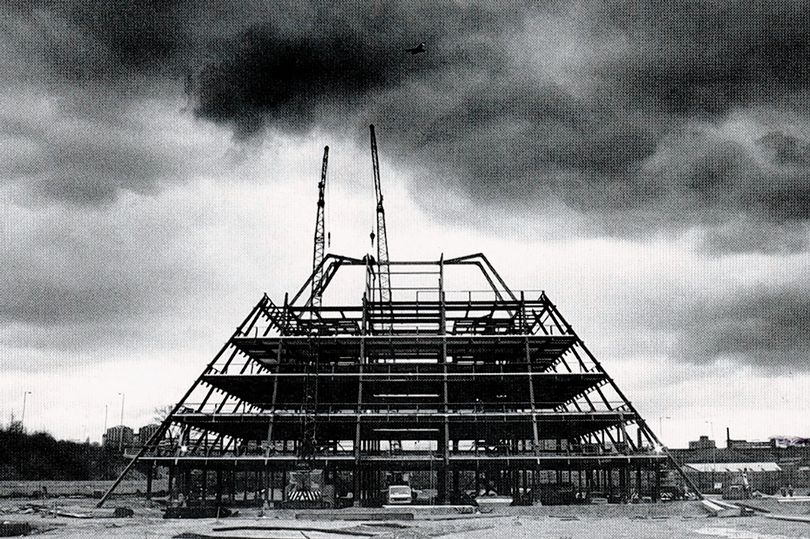 It would take another 5 years for the thing to be finished and ready to open, but here in 1987 – it was due to be left in a rather sorry state of affairs.

Going back further, if you were a fly on the wall in one of the many, many council meetings you’d have heard a discussion about bringing Stockport right into the 90’s.

Famed not just for its red brick viaduct but also the many god-awful 60’s concrete monstrosities in the very centre of town, council chiefs were looking to move away from another major embarrassment to the city – and the majority of them thought the pyramid was it. 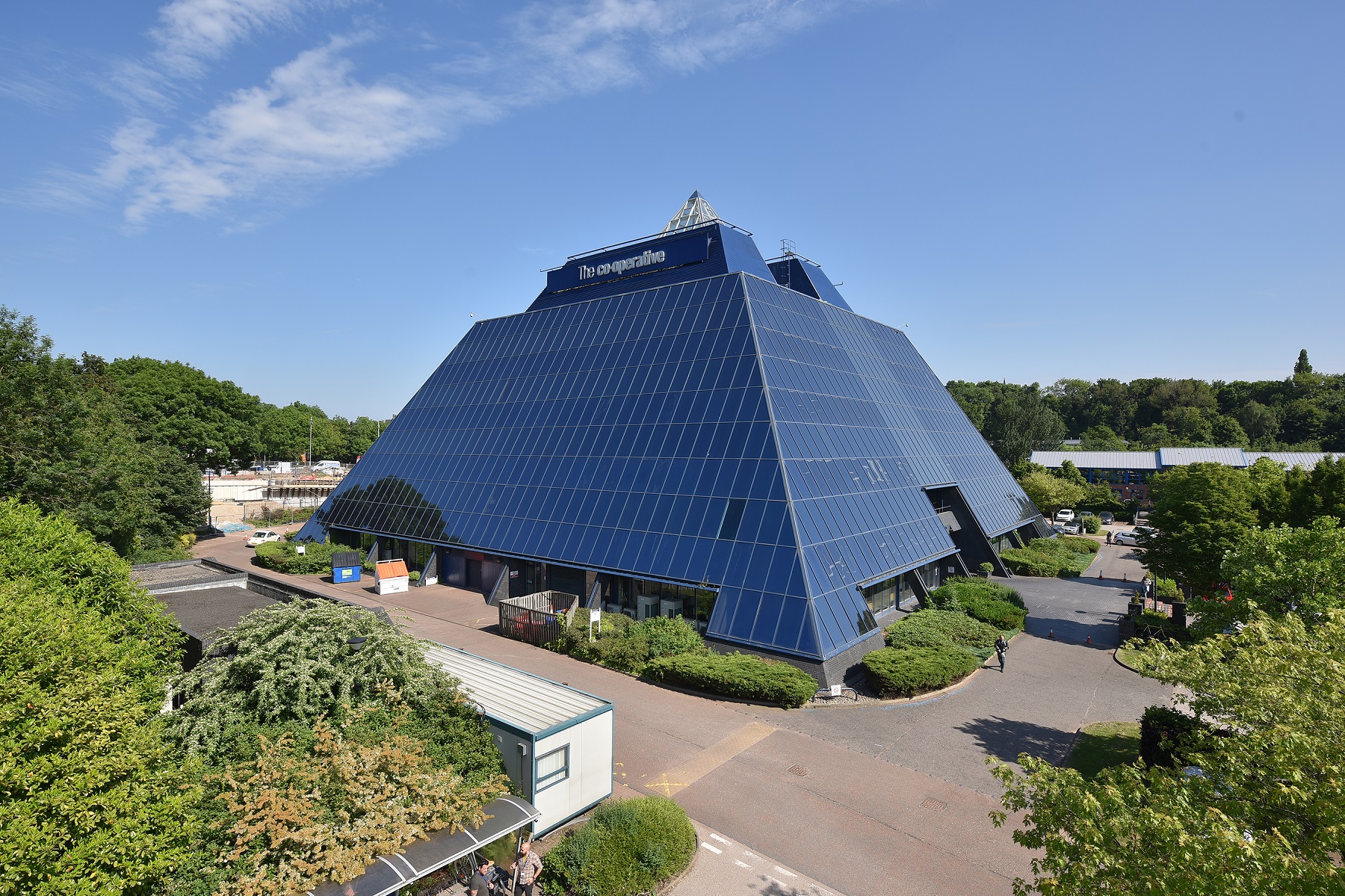 The plan was to make a building that was a ‘feature’ – something that would stand out amongst all of the concrete – and when the plans for the pyramid arrived – they voted to get it made (with a very small majority I should add).

The plans themselves were submitted by Christopher Denny from Michael Hyde and Associates, and financed by the Cooperative Group. The original idea was that they wanted Stockport to look like Egypt – with a serious ‘Valley of the Kings‘ theme going on. 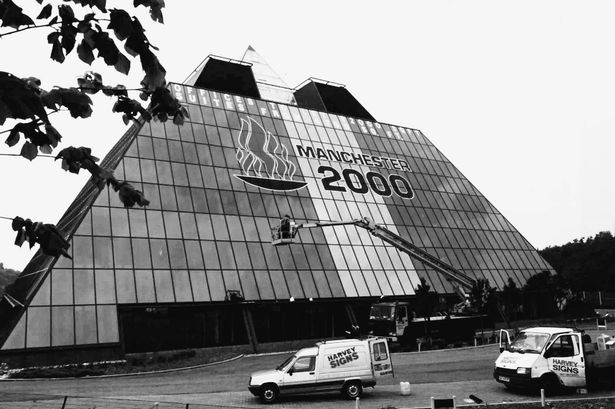 This initial pyramid was set to be the first of five dotted around the area – each one housing a different business or sector. Bold plans indeed and if you think about it – it would have been pretty impressive if they’d all have been finished.

But, back to 1987, and the first one wasn’t even getting finished as the developers went bust during its construction. So the builders and joiners and plumbers and sparks all went home. Probably to watch Max Headroom on the telly or something.

It wasn’t until 1992 that the Cooperative Group decided that they couldn’t just sit on such an expensive building site and they got the structure completed. They then moved their Customer Services team in there where they stayed until last year. 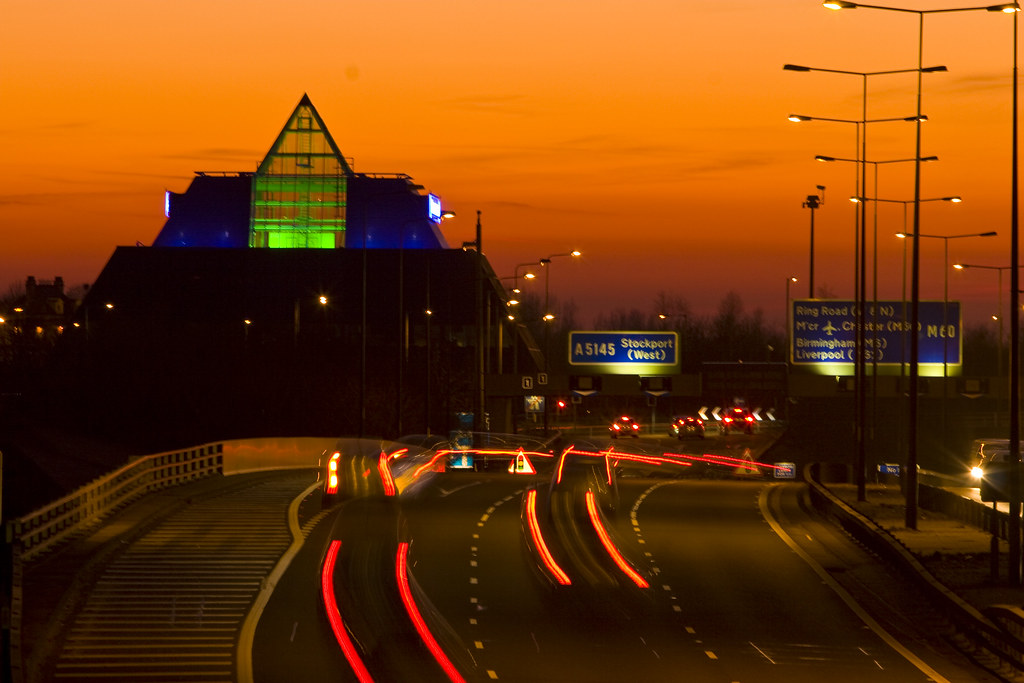 It wasn’t welcomed warmly by the people of Stockport, but it was by me and I’m sure the thousands of kids that drove past it every day and wondered just what a pyramid was doing in the middle of that town. Much like Blackpool Tower, it quickly became a ‘feature’ of Stockport and something that was unlike anywhere else in the world.

Cut to present day and there have been plenty of rumours and conjecture about who (if anyone) actually owns the pyramid – until very recently when it was purchased by Eamar Developments.

What will they do with it? I dunno – but as long as they don’t knock it down – I’ll be happy. But maybe that’s just because I don’t live in Stockport and have to look at it every day. Who knows?

“My Utopia” – A Positive Look at Lockdown in Manchester