Building Secrets: The Farm in the Middle of a Motorway

We've all wondered about this house in the middle of the M62... 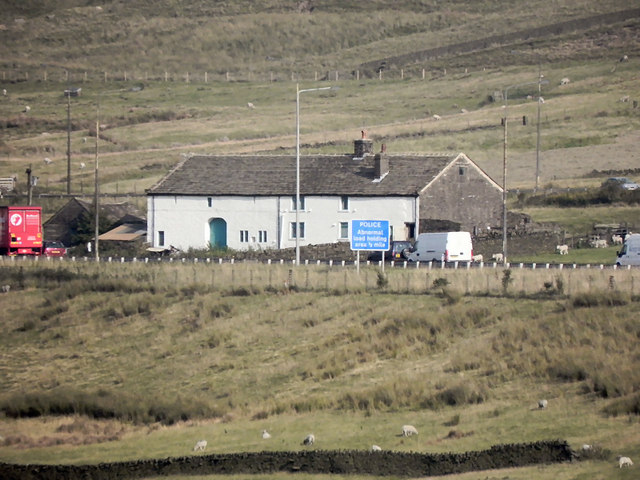 As you probably already know, there’s a farmhouse situated right in the middle of a busy stretch of the M62 when you head out of Greater Manchester towards Yorkshire.

This legendary house always causes you to double-take, and every time makes me wonder what it would actually be like to live there, as well as wonder what the real story behind it is.

There are a lot of wild and odd stories flying around about the place, so we thought it best to set the record straight about it now. Just to settle any arguments you might have in the car whilst driving past in the future. 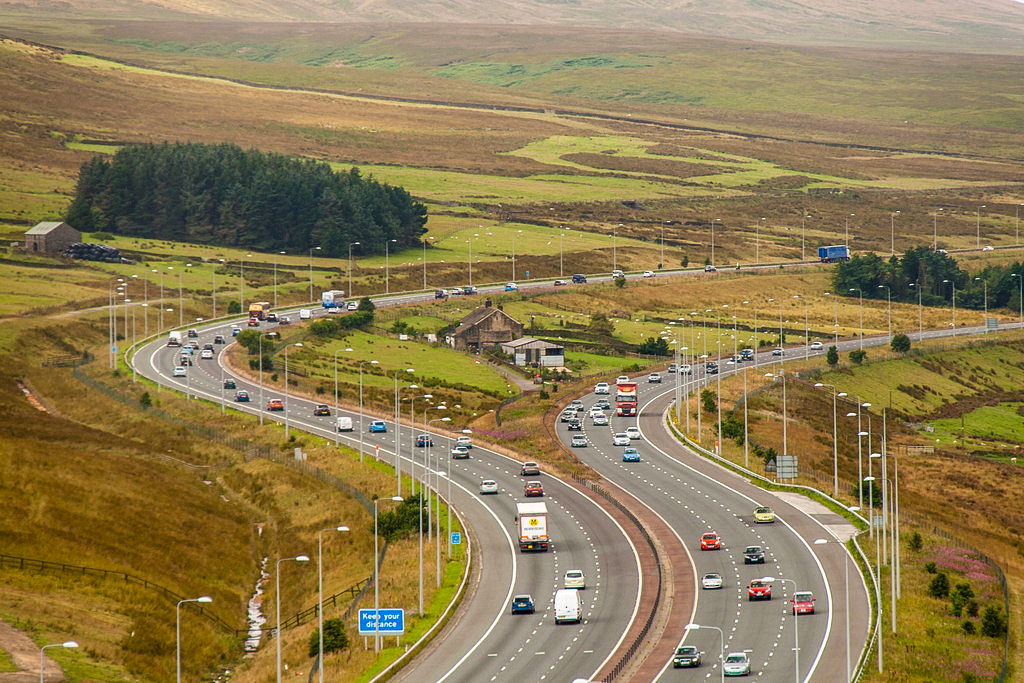 The M62 motorway itself was built in the 1960s, and when it came to that particular stretch over the unforgiving moors of Huddersfield, Stott Hall Farm stood in the way.

According to legend, the farmer who owned the house at the time, a fella named Ken Wild, stubbornly refused to sell his land when planning permission was given to the project, so they decided to just build around him instead. Technically cutting his house and farm from the rest of the world.

Thanks to things like The Addams Family, The Littlest Pet Shop and Up – this story doesn’t sound too outlandish – and a stubborn Yorkshire farmer flipping the V’s at a large modern corporation who wanted his land? All sounds very plausible indeed. However, the real reason is something else entirely. 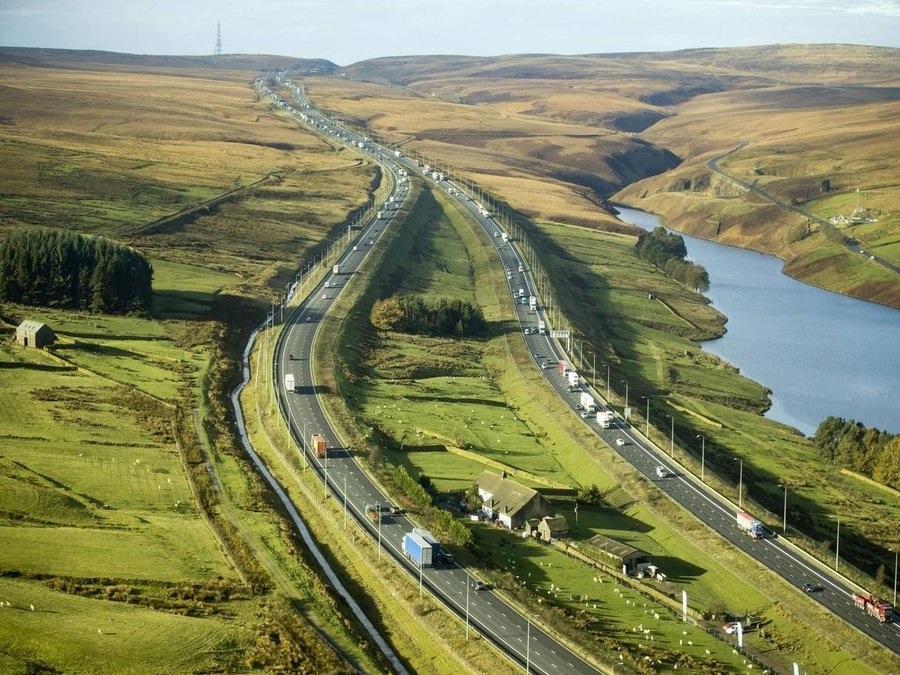 An ITV documentary from 1983 – which was only released a couple of years ago – disproved the myth, revealing that Ken, his wife Beth and the dozens of sheep they owned were actually allowed to stay in the house due to a geological fault.

This fault meant it would have been a huge job to construct anything on their land, so the motorway was just built around the farm instead.

As journalist Michael Clegg says: “A geological fault beneath the farmhouse meant it was more practical for engineers to leave it rather than blast through and destroy it… Outside the noise is relentless but inside it’s as peaceful and cosy as any farmhouse.” 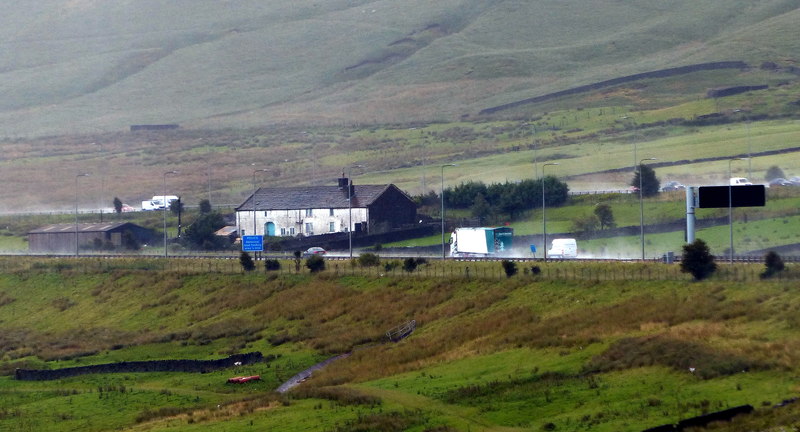 Ken, whose dad bought the farm in 1934, told the documentary he was glad they were able to stay – and so are we to be honest, as it makes that stretch of the motorway a lot more interesting.

What’s it like living there though? Noisy, smelly and annoying I bet? Well, a couple of years back Kimberley Pollard, who used to live there, spilled the beans on what it’s actually like.

The 24-year-old spoke to local paper LancsLive about her “happy, peaceful childhood memories of roaming around the farm… It was just a normal life for me. I was more interested in looking after the baby lambs! To me it was just a place I spent time growing up. It never struck me as being unusual.” 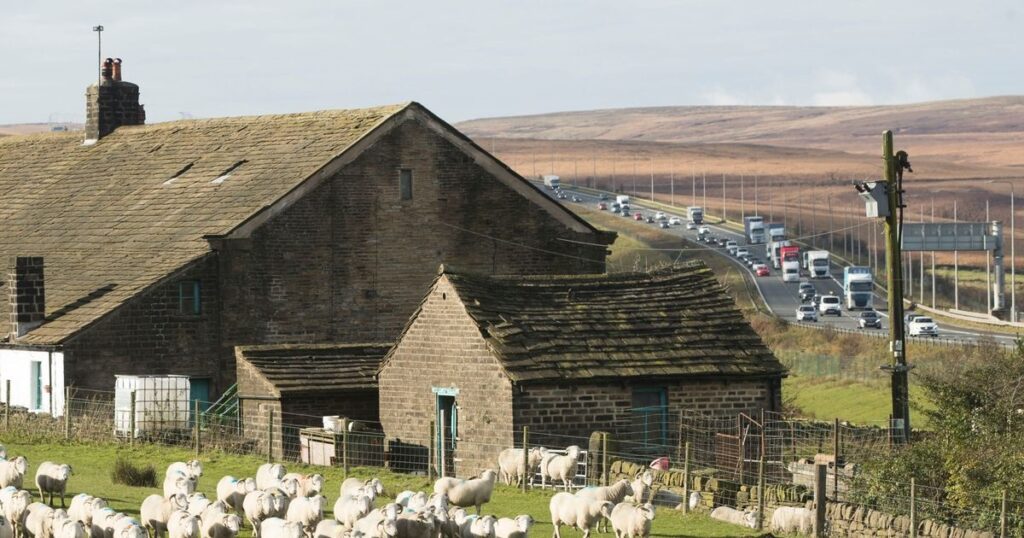 With the help of TRIPLE-glazing windows, there was very little noise inside, although you might get a shock if someone beeped their horn in the middle of the night. Very much like Wayne Rooney and his vacuum cleaner, and me with a fan – the relaxing sound of the cars driving past actually helped Kimberley get to sleep at night.

One of the weirdest stories Kimberley told was the importance of what you put on the fire, after she accidentally put plastic on the fire and caused a traffic jam as the smoke blew over the motorway.

She added: “Inside it was quite old fashioned with large rooms. The living room had wooden beams and family photos and lots of certificates, rosettes and trophies. It was a typical farmhouse. It had stone floors and dark furniture. 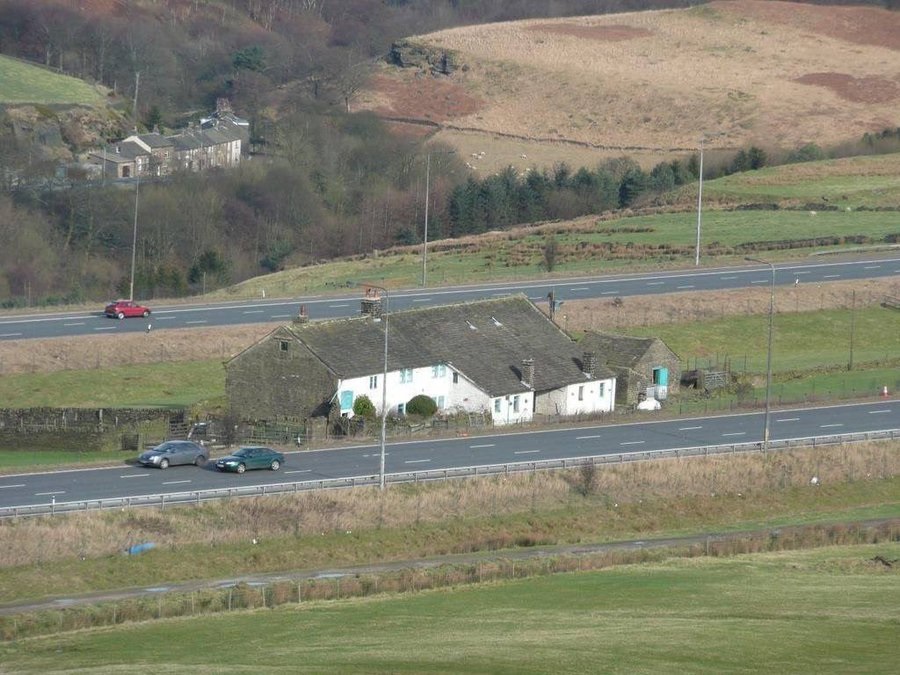 “There was a big open fire and all the rooms were fairly large. You had to mind your head walking through every room, which my dad found out pretty quickly!”

The current owners, Jill Falkingham-Thorp, husband Paul and her son John William revealed in 2017 that the house has surprisingly low levels of pollution for somewhere in the middle of a motorway.

There it is. The TRUTH. Finally! So, the next time you’re driving to Yorkshire once this is all over, and someone regales you with the story of the stubborn farmer who wouldn’t move, you can sit back smugly, and tell ’em to shut up.