Crazy Pedro's are Giving Away 5,000 Cans of Hooch

Pedro will be feeding the 5000 Jesus-style when they open back up on 12th April... 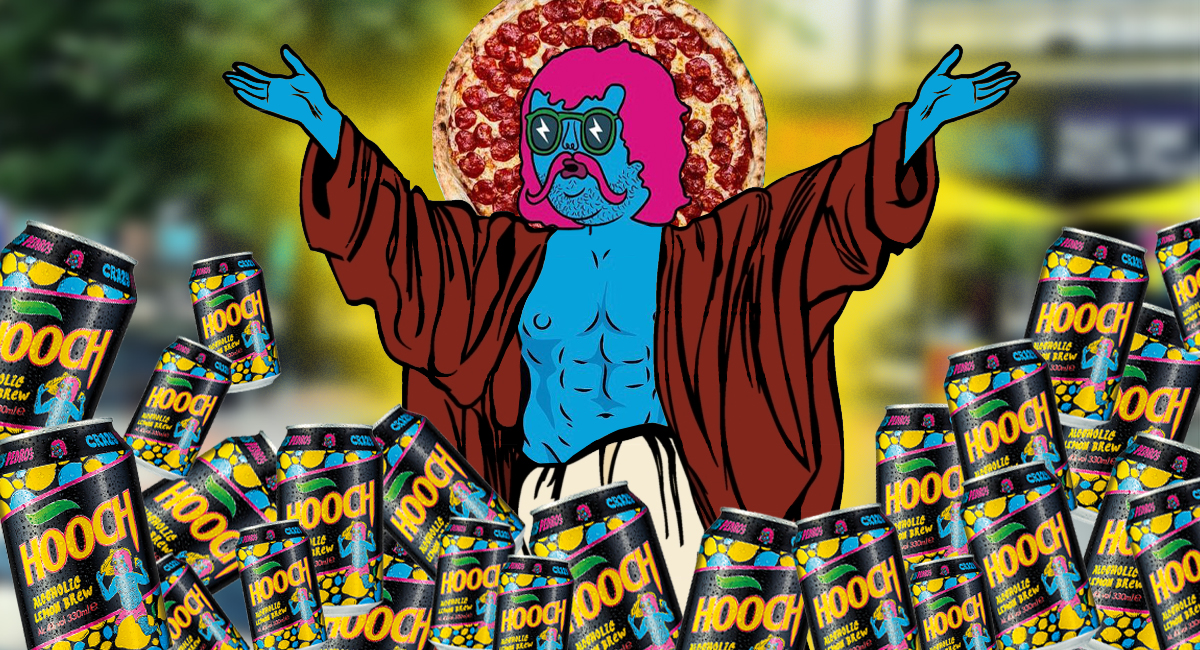 Although ‘Jesus Juice’ isn’t actually what you think it is, and it was also the preferred drink of choice of Michael Jackson (allegedly) – the term shall get a whole new meaning this April as Crazy Pedro opens up and starts serving up the slices and booze once again.

You see, they’re giving away 5000 cans of special Pedro’s Hooch during their opening week – effectively feeding the 5000 with a delicious boozy lemonade that instantly transports you back to the 90s at a bus stop on a Friday night with your mates. 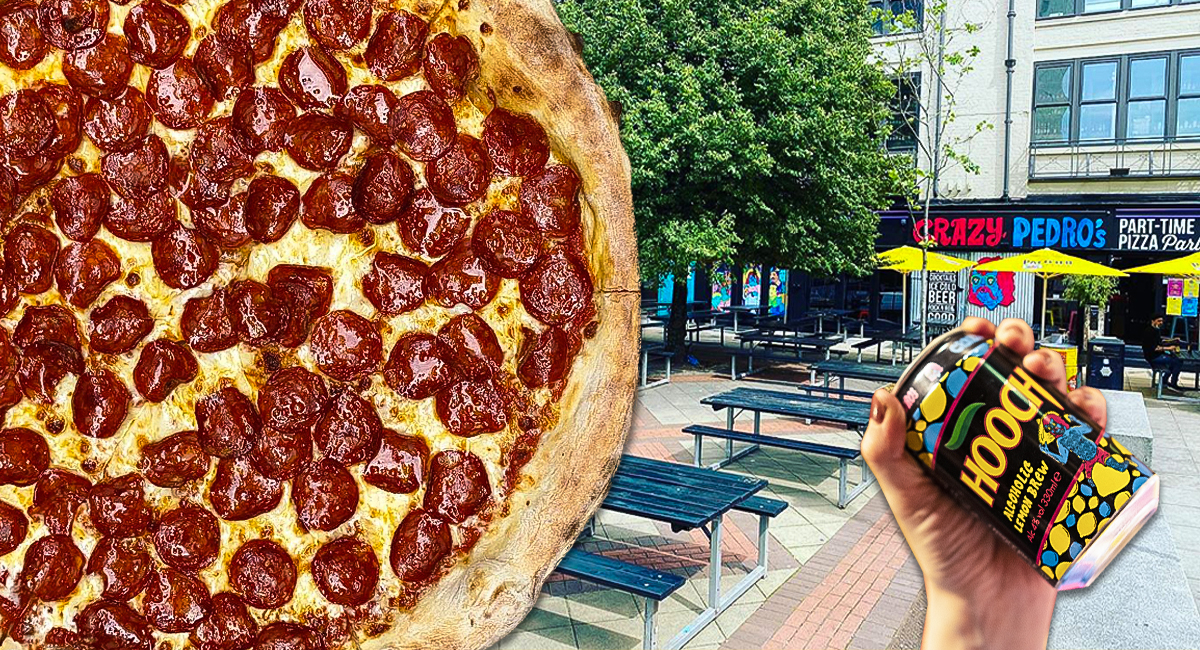 Hooch is fantastic I think we can all agree – and it’s even better when paired with a ton of pizza slices in the sun. Oh, and if you want to get even more experimental – we created some cocktails with the stuff last year – so try some of these…

Crazy Pedro’s have their own Hooch tin – so we made cocktails with it!

Both Bridge Street and NQ sites will be opening up on Monday 12th April to walk-ins – and they’ll be offering a fantastic BOTTOMLESS BOOZE & PIZZA offer EVERY DAY until 9pm. So for £25pp you have 90 minutes of BOTTOMLESS SLICES, HOOCH, FROZEN MARGS, BEER & PROSECCO! 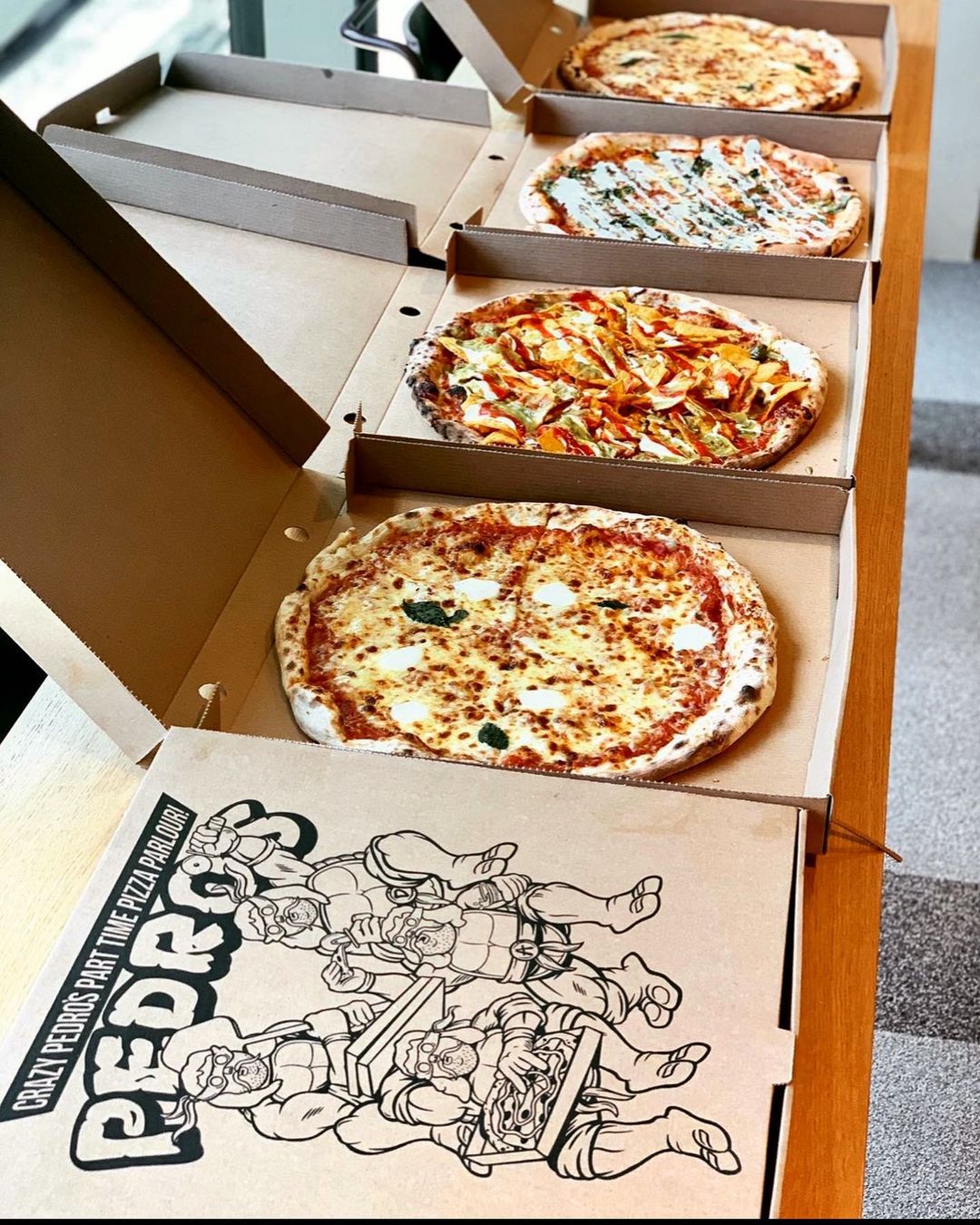 In addition, there’s also the return of HAPPY HOUR (5-9pm Sunday to Friday), and their LUNCH DEALS (12-3pm Monday to Friday) with 2 slices and a beer for £6, and they’ll be giving out Hooch willy nilly throughout their opening week – so you can give them a big cheers for being back!