David Bowie's Manchester Legacy: From a Pub in Ardwick to his Unforgettable Final Farewell

As the world celebrates Bowie this week, we’ve taken a look at some infamous gigs the Starman played in the city, from a B&Q in Stretford to his final Manchester performance. 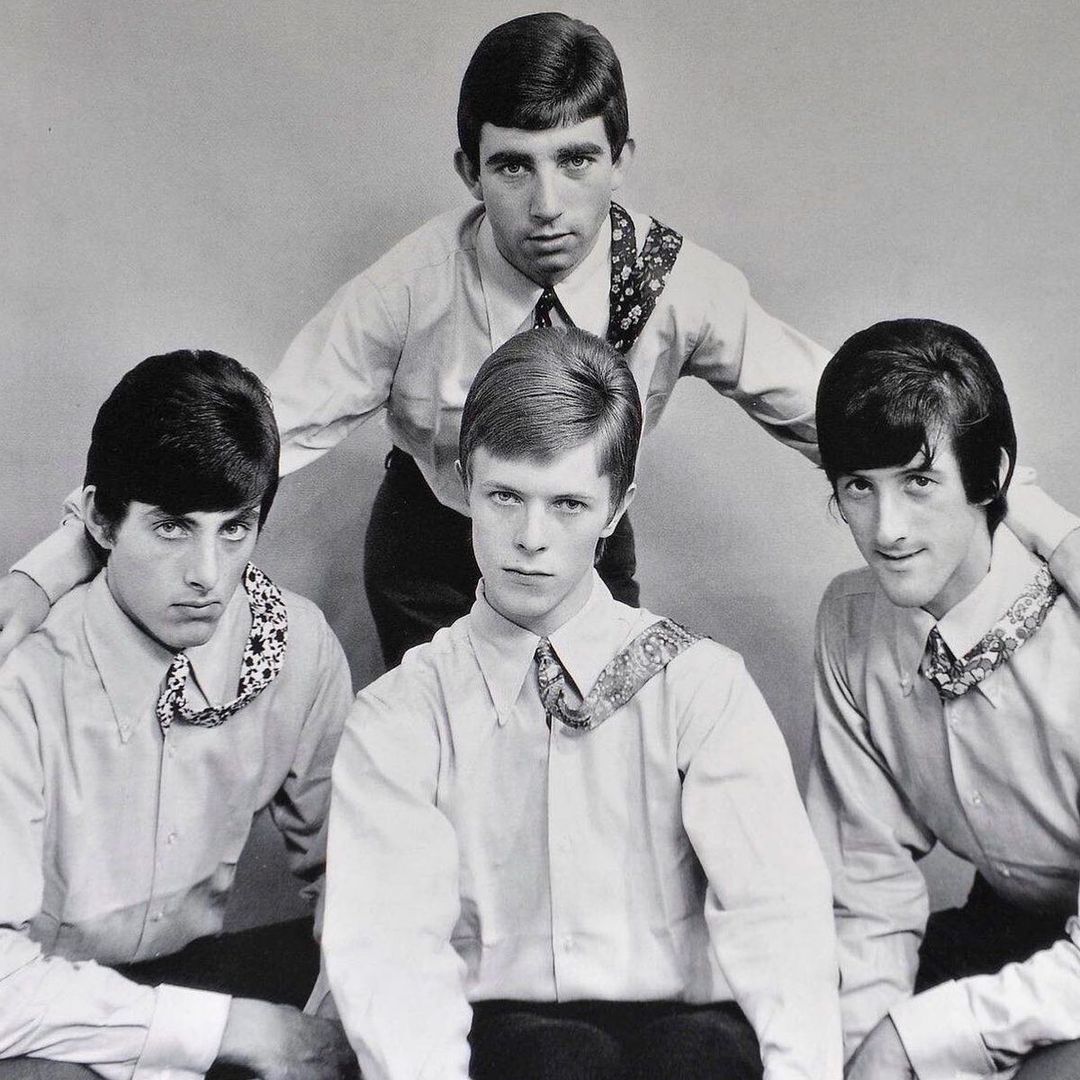 Bowie’s debut Manchester performance was all the way back in 1965, to be exact, when the clean-cut, two-piece suit clad pretty boy performed at the Kings Head with his band at the time, Davy Jones & The Lower Third. It seems that this could have quite possibly been the only ever gig at this pub, so if you’re one of the lucky ones that can firmly say you were there, we’re dead jealous.

Formed in Margate, Kent in 1963, The Lower Third were originally known as ‘Oliver Twist And The Lower Third’ until Bowie joined in the 60s, and played traditionally sad rock and roll with lyrics that complained about fed-up women doing the right thing and leaving them. What was it with blokes back in those days?!

The line-up consisted of Denis Taylor (lead guitar), Les Mighall (drums) and Graham Rivens (bass guitar). Bowie joined the line-up in April 1965 and the band got a residency at The Bournemouth Pavilion every Friday and Sunday throughout the summer, along with the Ventnor Winter Gardens on the Isle Of Wight every Saturday.

The Lower Third broke up at the end of the year in a dispute over pay with their manager. Feeling that Bowie wasn’t supporting their side of the argument, the other members of the band left Bowie on his own, which was probably the best thing they could’ve ever done for his career. Bet you regret that one now, eh lads? 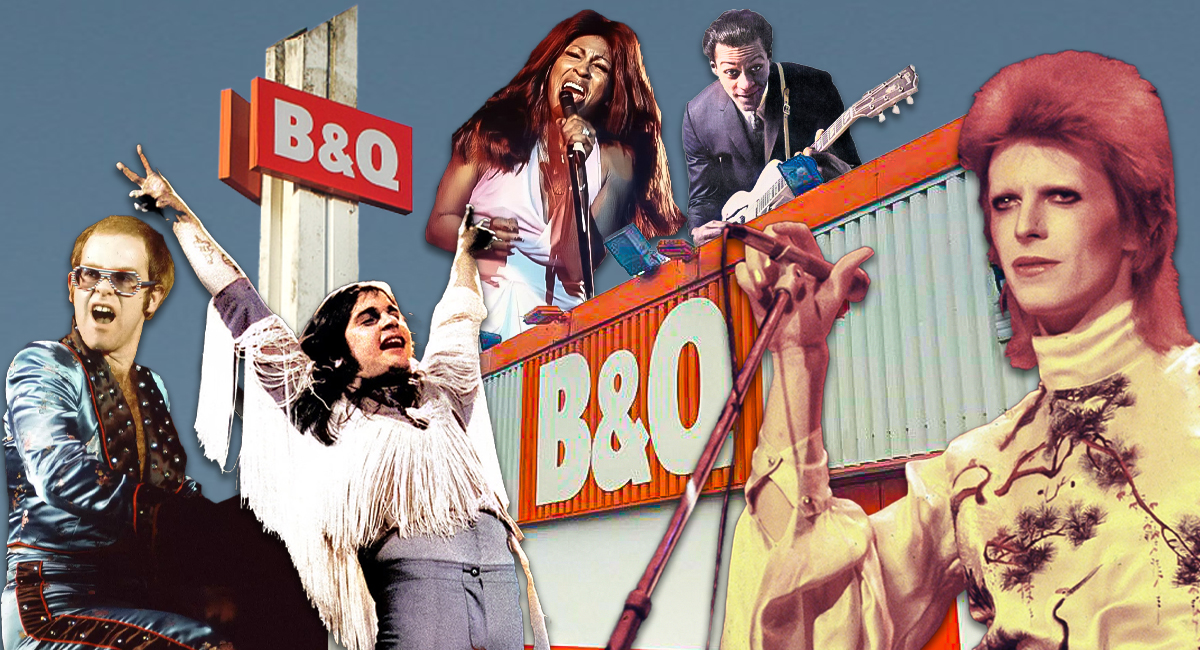 We’re moving forward a bit now to possibly the height of Bowie’s career, the infamous Ziggy Stardust tour, which saw the days of tight-fitting body suits, loads of glitter and the bright-orange mullet – Bowie’s best EVER look.

I suppose you’re wondering what I’m on about, though. Bowie, B&Q? Seems an unlikely pairing. Well, anyone over the age of 50 will remember The Hardrock in Stretford – a massive gig venue that hosted an amazing bunch of musicians back in’t day, from Bob Marley, Led Zeppelin, Elton John and Bowie. Mental!

It moved with the times quickly, opening in 1972 and then promptly closing in 1975, and soon after transforming into a discotheque. It was proper of its time, with a sleazy neon sign raised above the venue, just in case you wondered what it was.

The site later became a B&Q, which the venue seemed almost perfectly made for and closed its doors for good in 2016. Bowie’s Ziggy Stardust appearance, however, was actually on the very first night that The Hardrock opened (what a booking!) in September 1972, and he returned to play it again later in the year, so he must have made a bloody good impression. I mean, of course he did, was there a Bowie era better than Ziggy Stardust?!

Back in March 1977, long-limbed rock star, Iggy Pop played a stellar show at Manchester’s Apollo. In true Iggy style, he was shirtless, threw himself around the stage and played an unforgettable setlist for a sold-out room of sweaty fans. The show was also recorded and released in 2006 as a live album ‘Lust for Life’, cementing it as a truly iconic performance.

Just to add fuel to the fire of iconic-ness, Iggy was joined on stage by none-other than David Bowie on keys! He played along live with Iggy on a few of his tracks that night, an unbelievably cool pair that you can only now dream of spending the night sipping brandy and cokes with. One of The Three

Ok, so who remembers Manchester City’s original massive football ground that used to sit slap bang in the middle of Moss Side? It’d be hard to miss if you grew up in Manchester between 1923 and 2003, as the venue hosted some of City’s most ramped up matches, with residents in the surrounding neighbourhood probably waking to find some shirtless full-bellied bloke with a bad head in their bin on several occasions.

Aside from hosting football matches, Maine Road was also graced by a load of big names in the music game. The Gallagher brothers loved it there, and being big Manchester City fans themselves, Oasis played the stadium four times! They even made a DVD out of one of their appearances they liked it that much. But, aside from the bushy-eyebrowed brothers, Maine Road also hosted Queen in 1986, The Rolling Stones a couple of times and, of course, Bowie, on his 1990 Sound & Vision tour.

The set-list from this gig still exists and is simply divine. Seeing him open the show with Space Oddity followed by Rebel Rebel and then straight into Ashes to Ashes is something some of us can only dream of experiencing live, so this particular show would’ve been a special one. You can also watch the extremely fuzzy, extremely rare full concert on Youtube right now, if you’re seething with jealousy and have an urge to immediately don your dancing shoes! 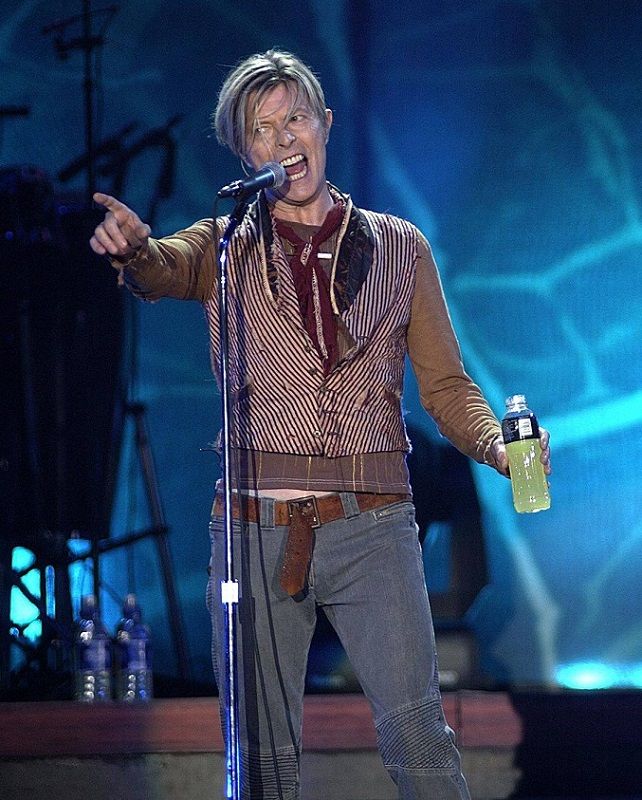 2003 would be the final year that Bowie would perform in the city. On Friday 17th November, tonnes of fans flocked to the MEN (AO) Arena to see their beloved Thin White Duke perform in his signature tight pants and beaming smile for the final time.

After his 1990 performance, Bowie had vowed to leave the classics behind, closing his set by telling fans to expect only new material from now on, but the 2003 MEN setlist begs to differ. He burst on stage to the distinct Rebel Rebel guitar riff, and delivered Changes and Under Pressure marvellously leaping around the stage like a 26 year old, rather than the 56 year old slightly frail man he would’ve been at the time.

Little did anyone know that this would be the last time Bowie would play live to his Manchester fans, even though his death didn’t follow until 13 years later.

On the 9th November 2006, Bowie would perform his final ever live show at New York’s Hammersmith Ballroom for the Black Ball fundraiser, playing three tracks; his cover of Johnny Mathis’ Wild Is the Wind, followed by 1979 track Fantastic Voyage, and, most notably, his last ever song – a rendition of Changes, which featured Alicia Keys.

These obviously aren’t all of Bowie’s Manchester appearances. He played all over the city throughout his career, from tiny bars to sold-out stadiums and arenas, and I’m sure each show was as unforgettable as the next.

It’s hard to imagine a world without his music now, and tunes like Let’s Dance on in the bars across the city, belted out at the top of someone’s lungs on a Saturday night. He was a true legend, musically, fashionably and culturally and if you got to see him live, make sure you cherish those memories forever, while the rest of us live vicariously through old grainy Youtube videos.

How to Support your Local Restaurants this January