Were the people of Manchester really willing to fork out £1 for snails?

When I think of food in Britain in the 70s the first thing that comes into my head is ASPIC. Now, if you don’t know what it is – I suggest you Google it right now and sit agog at the horrors that unfold in your browser approximately 0.34 seconds later.

Actually, screw it. Here’s a picture… 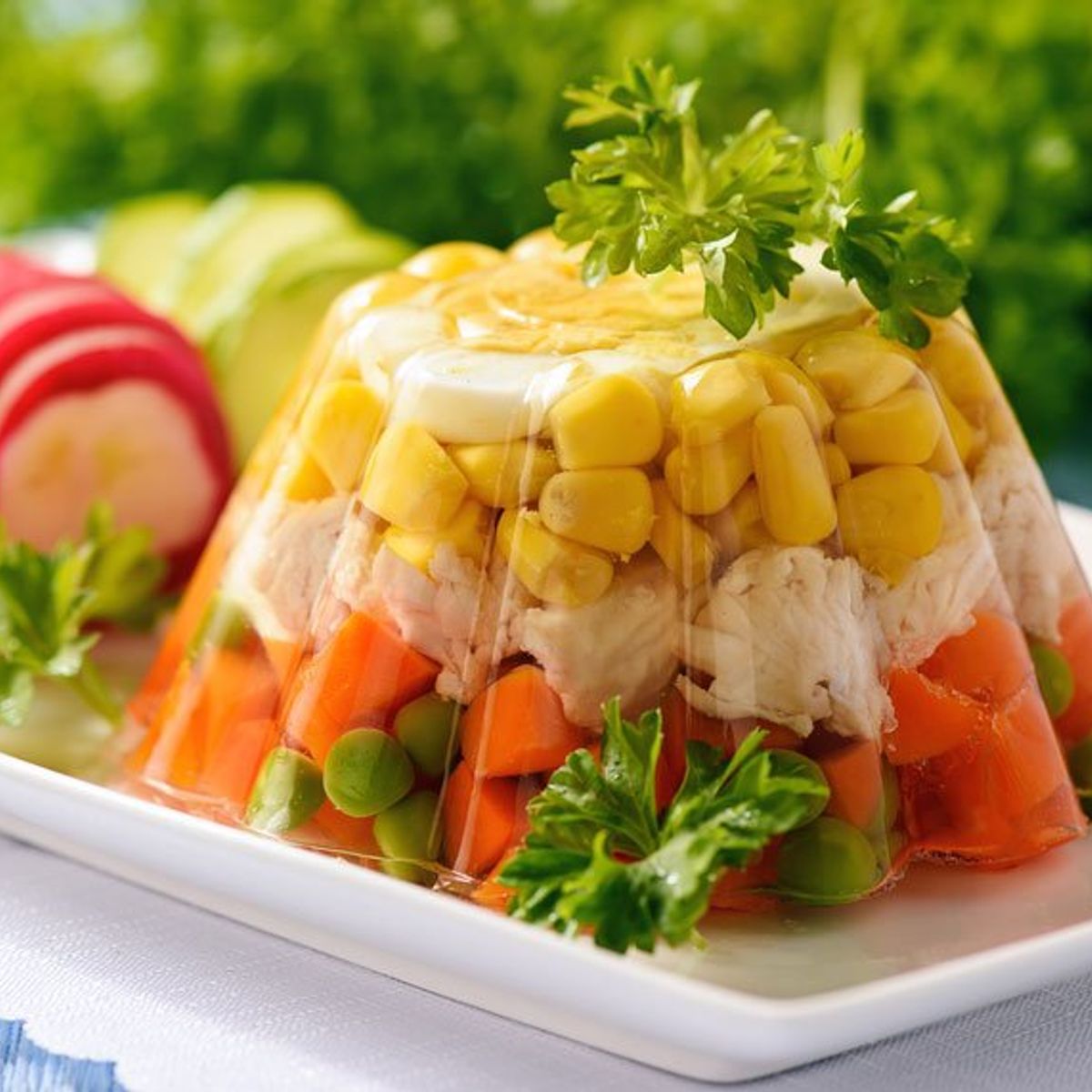 It’s essentially a savoury jelly filled with meat, vegetables and the odd shrimp and it was a sure-fire addition to any cookbook at the time, alongside a whole host of new, trendy and exotic dishes from around the world – the likes of which people had never experienced before.

With dinner parties becoming all the rage, extravagant and show-stopping dishes became the norm, with Spaghetti Bolognaise up there on most people’s lists, alongside Scampi & Chips, Prawn Cocktails and a lovely Black Forest Gateaux to finish.

Foods that you’re likely to see in the freezer section of your local offy nowadays, well, they were fashionable and new back in the 70s, but there was one restaurant in Manchester that was offering something SO outlandish and opulent that it seemingly passed the majority of people by. 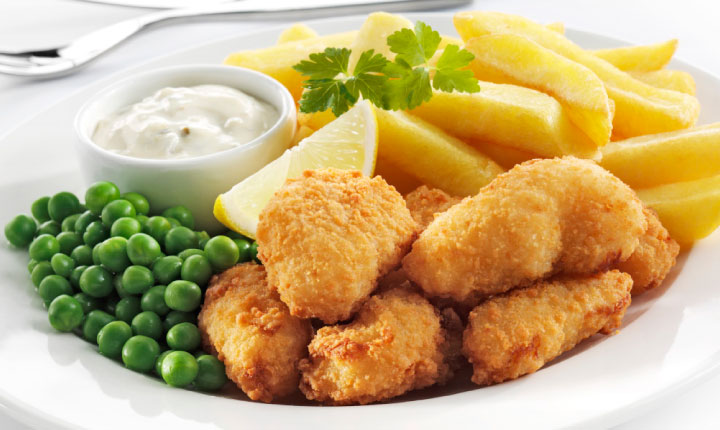 The restaurant’s impact on the city’s food scene, and that of the wider UK is unquestionable – The French at The Midland Hotel.

The extravagant restaurant was in fact actually featured in the first ever Michelin Guide all the way back in 1974 – described enthusiastically as “Manchester’s finest dining room” and was also the proud holder of three stars in the coveted Egon Ronay Guide.

The man behind The French back then was one of the most famous chefs of the time – Gilbert Lefèvre – a man who pursued a rigorously classical menu and paved the way for the city’s first foray into what we now know as ‘fine dining’. 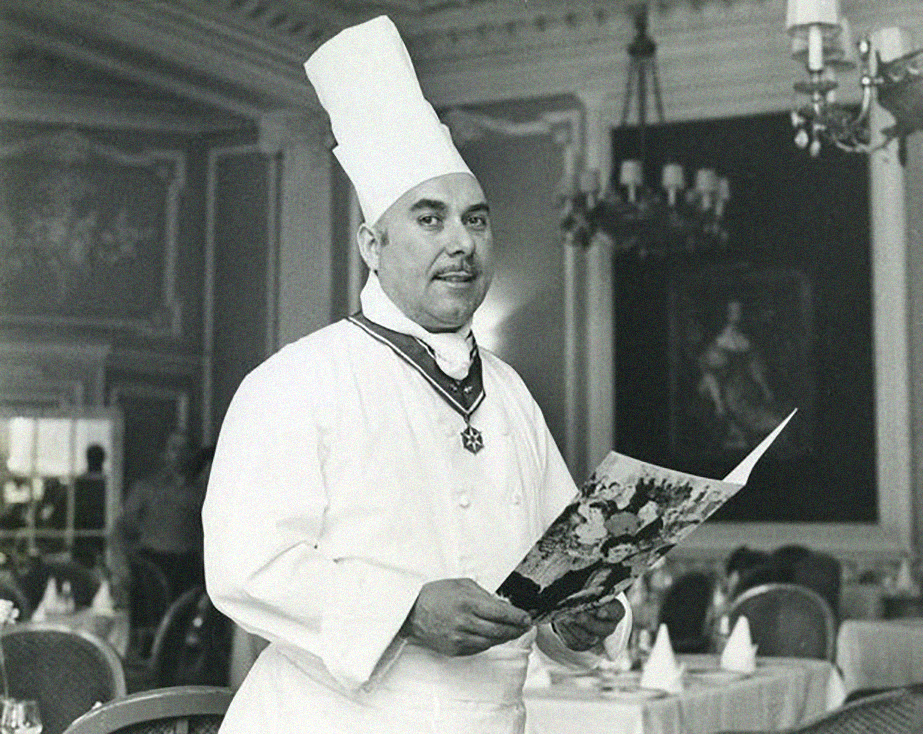 The French once rather famously turned away The Beatles for dinner because they weren’t wearing ties, and there were many a person at the time who was put off by their extravagant prices – charging a whopping £4 for Caviar and £1 for a dozen snails – or “Escargots” as the predominantly French menu listed them as.

With vast swathes of the menu in French, and without any helpful English translations (or pictures like at your favourite restaurant in Benidorm), many visitors to The French were perplexed and daunted by the whole experience, creating a restaurant that was at one unattainable and highly exclusive at the same time.

Of course, we can still today marvel at the opulence of the outside of The Midland Hotel, and back in the 70s the restaurant was also adorned with gilt-edged fixtures, large opulent paintings and a decidedly formal atmosphere that was all about offering up classical French cuisine in all of its glory 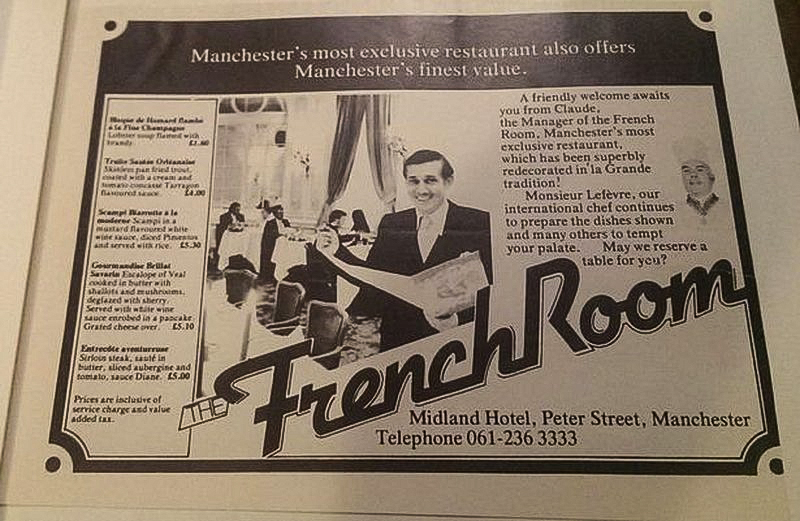 Joining the kitchen staff at The Midland back in 1962, Chef Lefèvre set out almost straight away to do away with his inherited “old boy” staff and instead train a whole new legion of trainee chefs and young apprentices – shaping them to realise his vision and also provide somewhere for a team of young working-class lads to learn a trade.

By the early 70s the kitchen was a world-class powerhouse delivering creative, stunning dishes to an increasingly switched-on clientele – who were looking to expand their horizons and try something new.

Thus, Chef Lefèvre won his first Michelin star in 1974, and kept one at The French for a couple of years before losing it and not receiving another one for 44 years when Mana scooped the coveted award back in 2019. 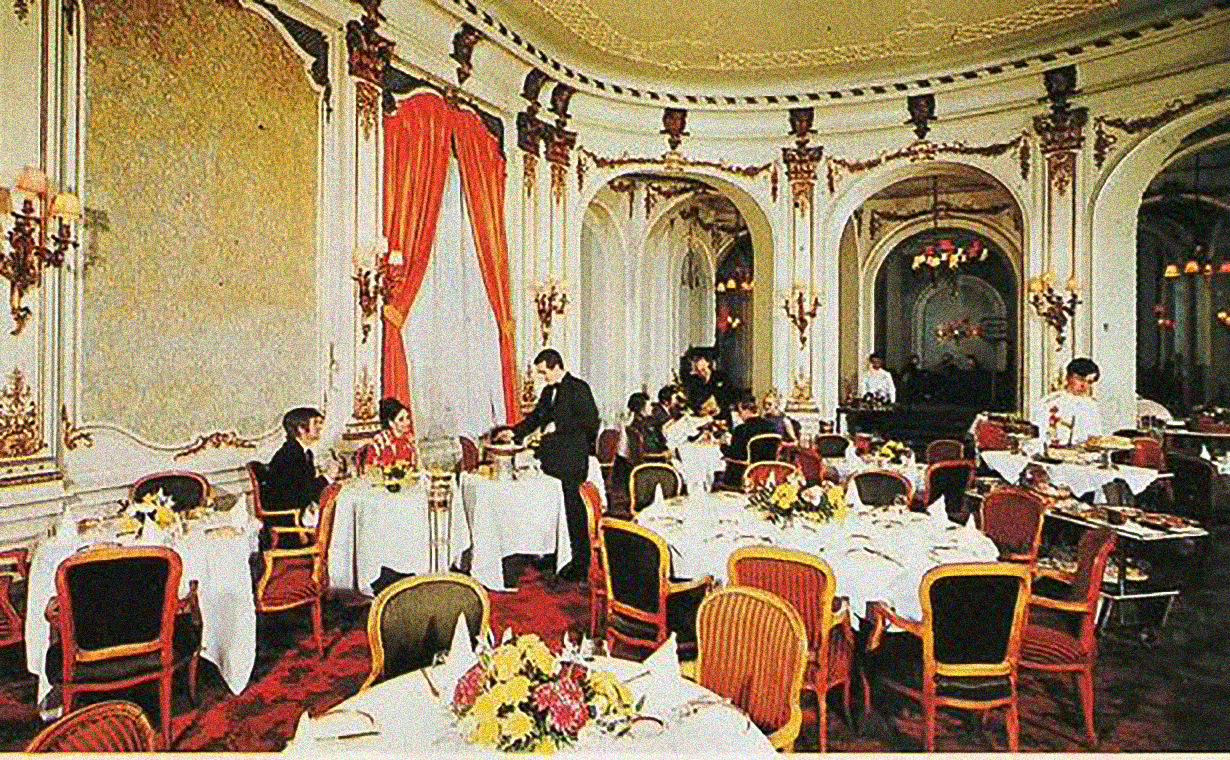 It was at this point many argue that the city “lost its lustre” for fine dining, with a colossal list of restaurants trying (and failing) to bring a star back to Manchester in all of those years.

The city’s relationship with fine dining is certainly something that’s seemingly never really reached the heights of those heady days in the early 70s, and many argue that the city doesn’t respond well to stuffy, overly luxurious experiences – looking for a far more casual and social dining experience.

It’s no coincidence that many of our favourite restaurants over the years have walked the line between high-quality ingredients and menus alongside a more relaxed environment and experience; a city where you can happily eat the most delicious 35 Day dry-aged steak you’ve ever tasted with a side of gooey mac & cheese and an 80’s Pina Colada. 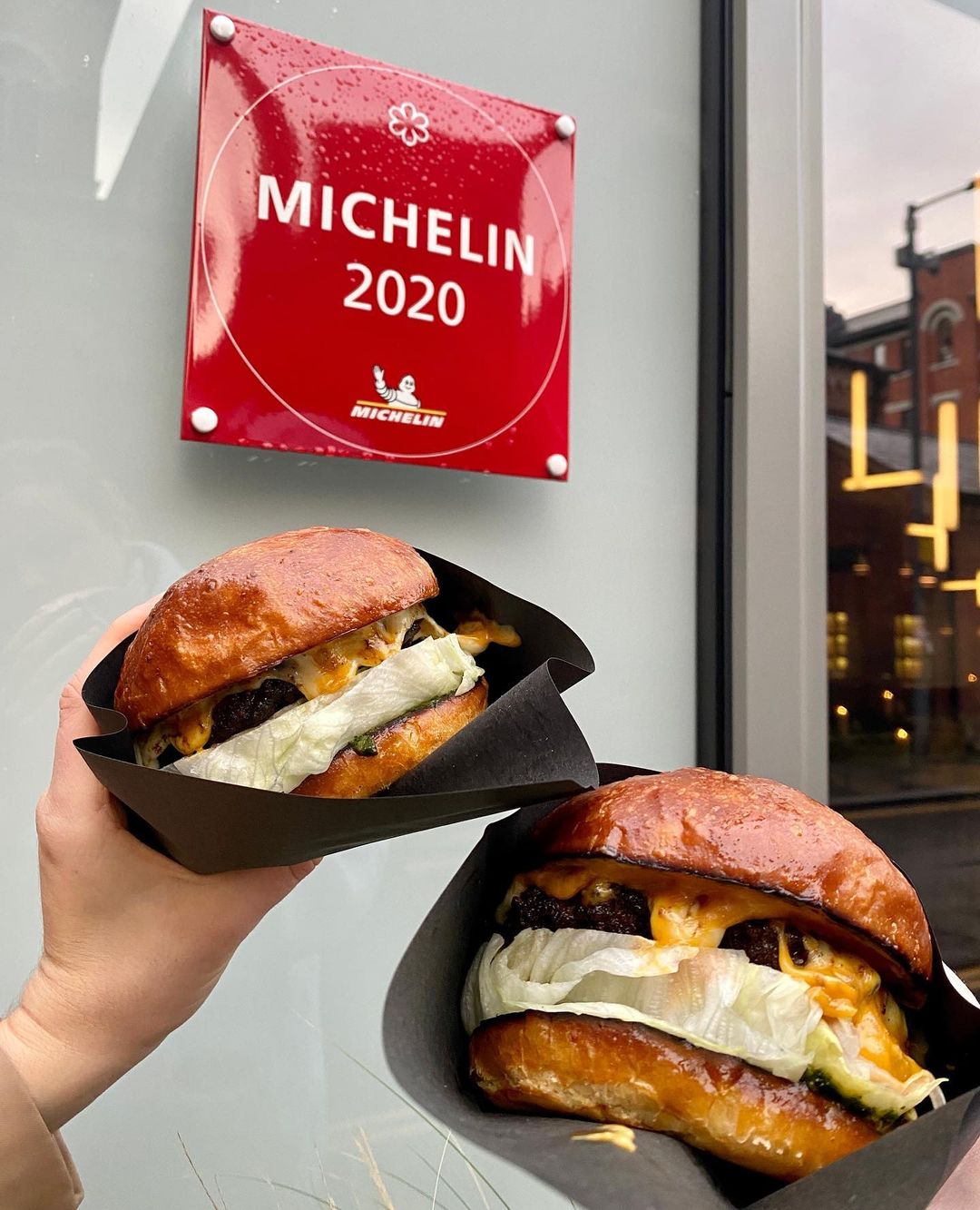 Even our Michelin-starred restaurant, Mana, re-imagined themselves during the COVID pandemic and turned themselves into a Burger takeaway, before moving onto Lobster Rolls and Tacos.

The French itself is now helmed by Adam Reid, who has certainly made the restaurant more accessible, offering up some truly exceptional dishes that aim to offer something new, whilst also linking to the restaurant’s culinary heritage laid down by Chef Lefèvre all those years ago. 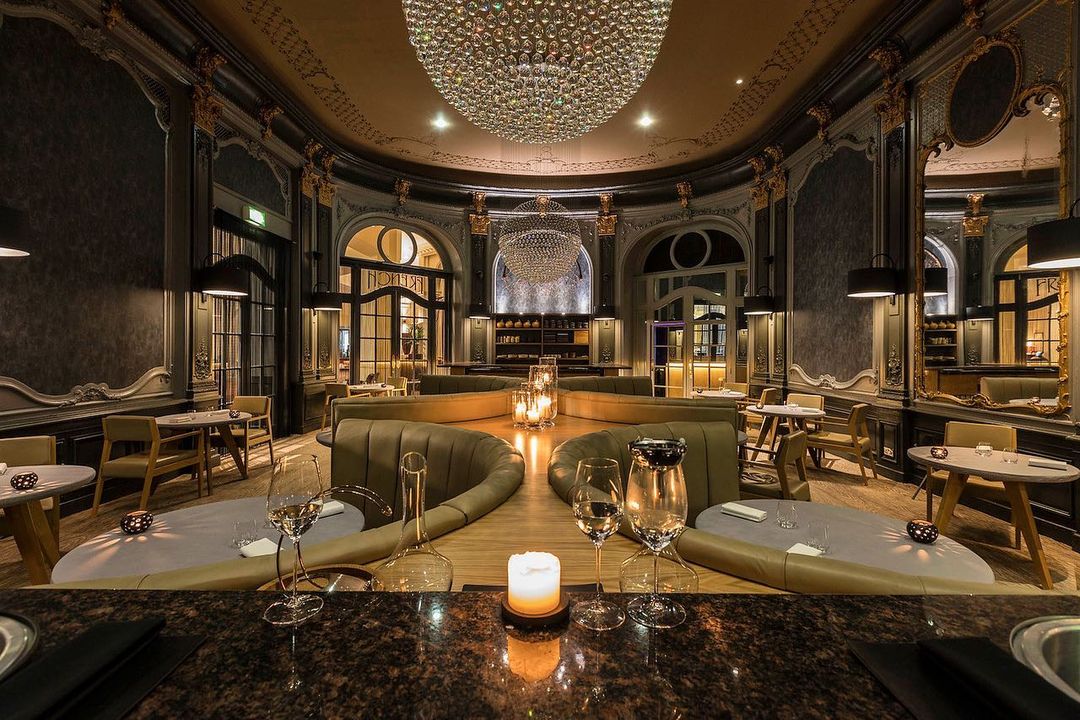 The city’s relationship with fine dining certainly isn’t dead and buried, but it seems that The French may have been the first, and last time that we danced to the tune of opulence and luxury during dinner.

Many have tried and failed, been and gone, lost and forgotten in the 44 years between stars, but it was The French that kick-started the city’s obsession with the coveted ‘star’ – one that continues to this very day.