When it comes to spooky things like ghost stories, I can guarantee that one of the images your brain conjures up is of a church or a Cathedral.

Cathedrals, and more specifically Gothic Cathedrals are etched into our imaginations as places that are rife with spiritual activity- whether it is in a religious context or something a little more paranormal. 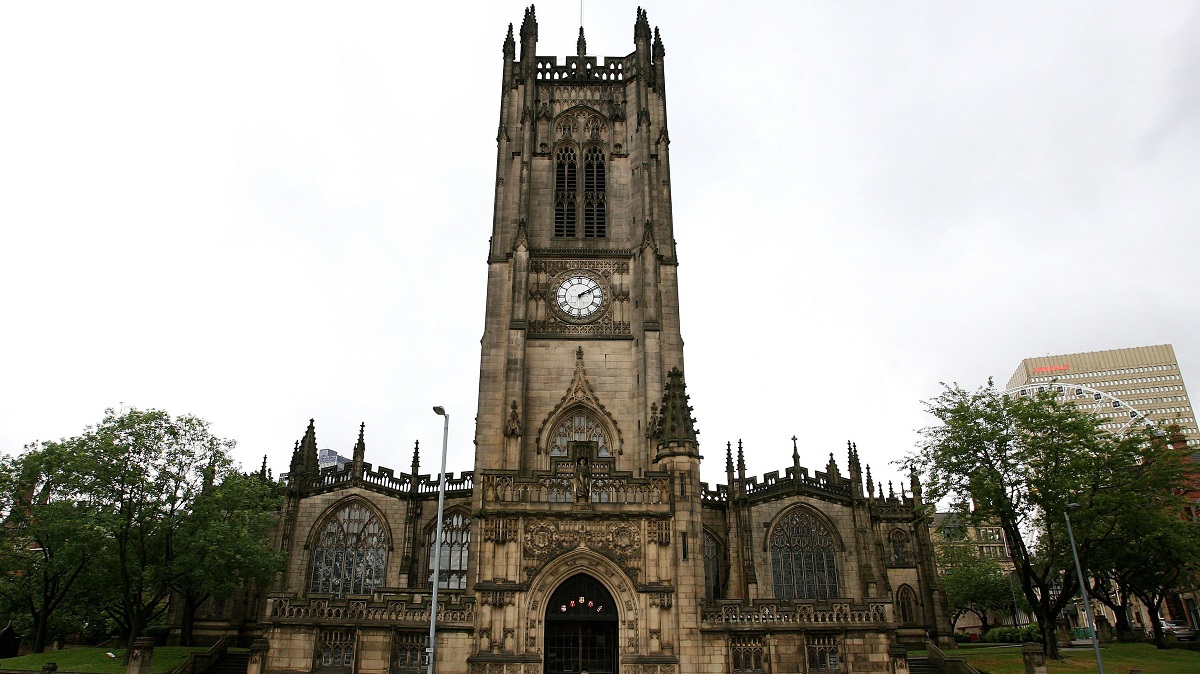 The Church and the Cathedral have a closeness to death which is perhaps half the reason we find them slightly sinister. They often sit in graveyards and below in their catacombs lay crypts and tombs filled with actual human remains.

On a more sentimental level, they are also places where we say our final goodbyes to our loved ones, so it is no surprise that we make this association with religious spaces.

Both good and evil activity is detected in churches. I’m not religious at all, but I feel that if a space can bring you closer to God, it can probably bring you closer to the devil too. Our very own Cathedral here in Manchester is no different and it lives up to all of these expectations. 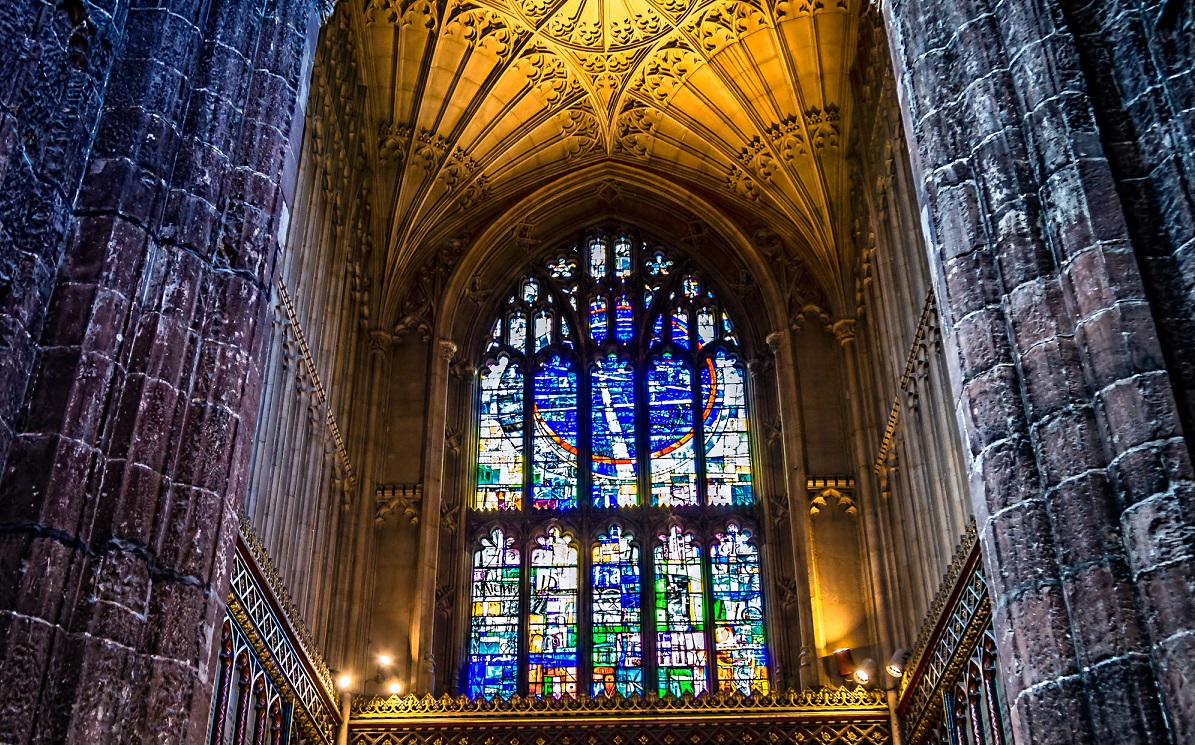 Grade 1 listed and built way back in 1421, Manchester Cathedral is a vast Medieval, Gothic structure complete with crypts, stained glass and a general spooky vibe from its vastness- and it has plenty of spiritual activity to match – both nice and… not so nice.

During the 19th Century, a man went to pray at the Cathedral, and when he stood up to leave, he saw his sister standing in an aisle. He didn’t speak to her but was appropriately confused as he was under the impression that she was miles away in a different city. He called out to her, but she vanished into thin air.

The next day, a letter arrived telling him that his sister passed away that previous evening. Chilling or what? I can’t help but feel like this experience had a sense of sentiment about it. The spirit was merely telling a loved one they had passed on in a gentle, peaceful way.

Not all the ghostly action is as benevolent, however. The Cathedral and surrounding areas are said to be haunted by a huge black demon-dog known as Black Shuck. This evil dog is supposed to be a creature of the underworld with flaming red eyes, matted black fur and huge pointed teeth. Sometimes the hell-hound is reported to have no head at all. 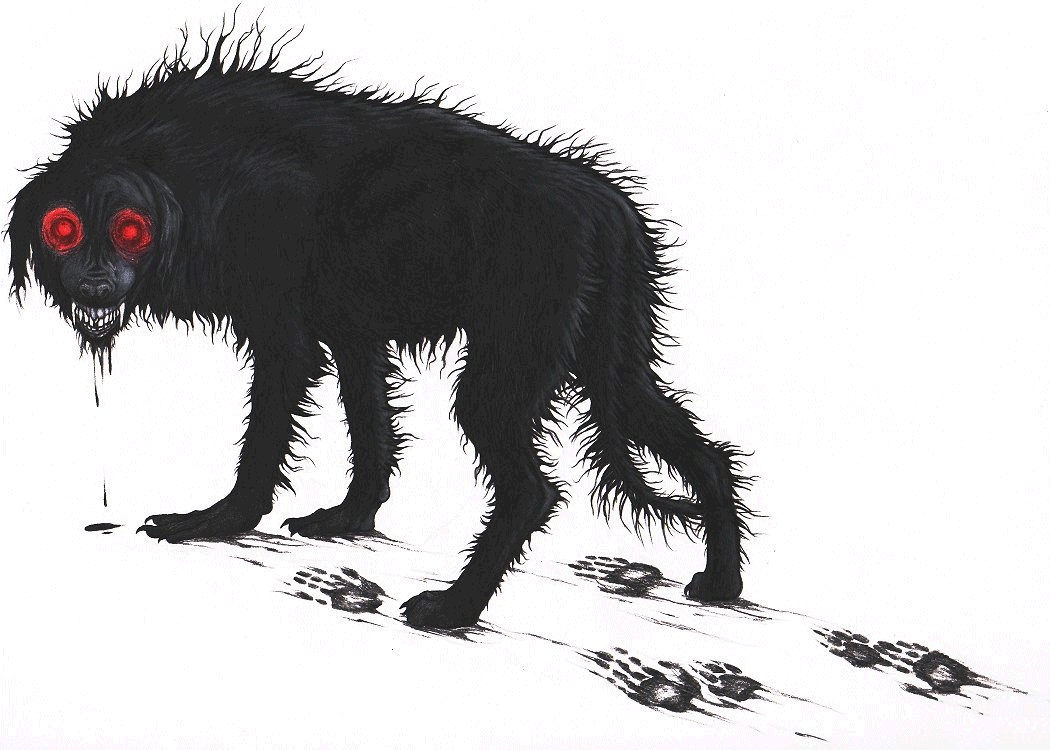 Black Shuck is an omen of death, and it is said that if you hear its bloodcurdling howl, you must close your eyes, as a single glimpse at its vile form will bring a fatal curse to you and your family. There have been a few reported sightings by the Cathedral- whether they ended in death, we do not know.

Scary stuff, but we do not need to keep our wits about us when we walk home, pissed up, round by the Cathedral. The Black Shuck was exorcised under the bridge crossing the Irwell a few decades ago- which is excellent news because even demon doggos like to go walkies.

I hope you can forgive my terrible joke- sleep well and watch out for demon dogs.

Manchester Arena set to get even bigger with 24,000 capacity expansion