An old building with creepy windows and it's own chapel, it has to be haunted, right?! 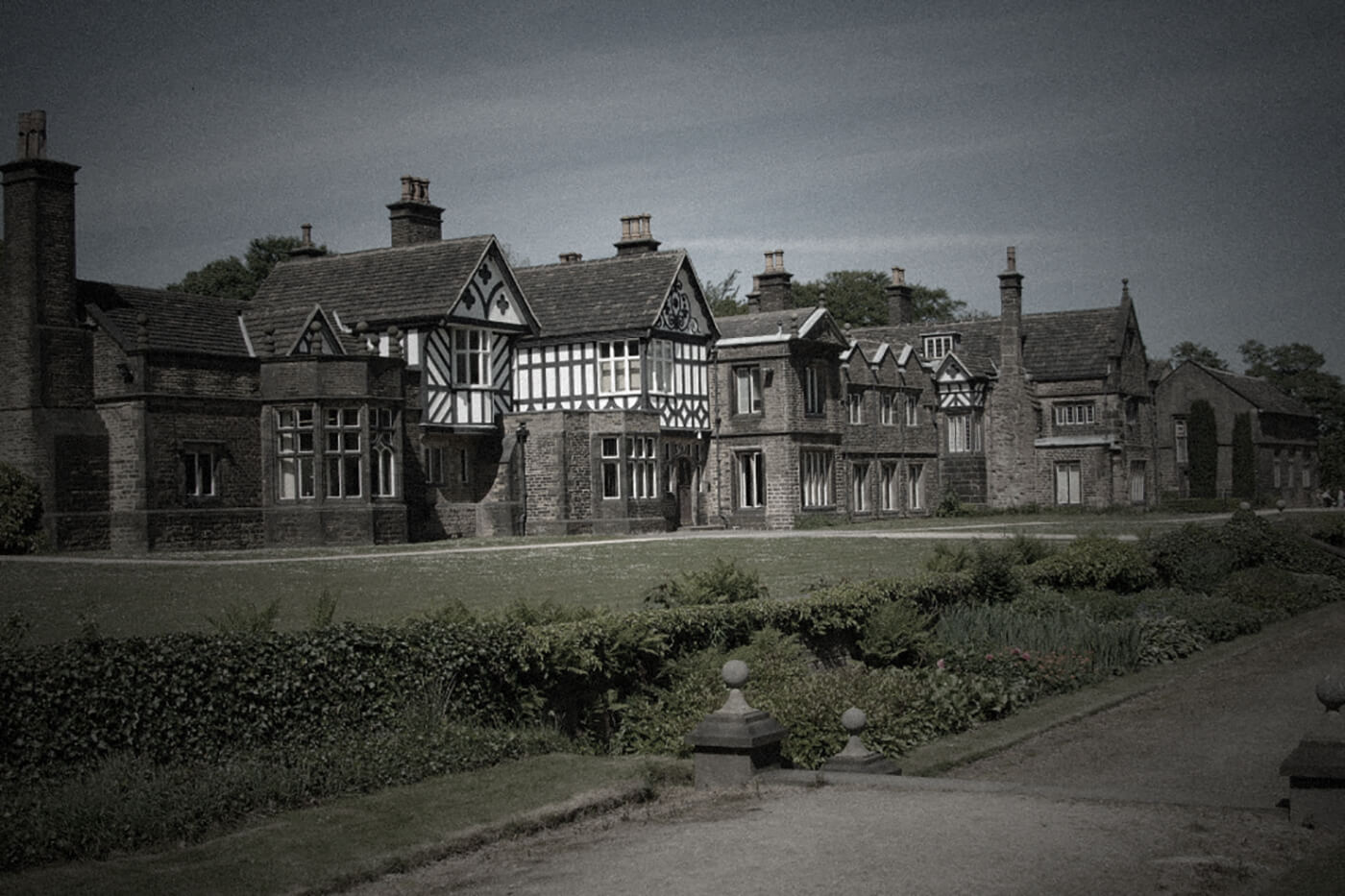 As we are now more than half way through October, it is officially what has been coined the ‘spooky season’. There’s no more denying it, you are going to be falling over pumpkins left, right and centre. Fingers crossed you live in a flat and don’t get any trick or treaters, though.

Anyway, as it is spooky season, it’s only right we do add to the Haunted Manchester Series.

This time, we’re delving into the myths, legends and simply indescribable happenings of Smithills Hall in none other than merry Bolton, set on the slopes of the West Pennine Moors. There’s a pretty serious rumour that its walls are filled with secrets and that old spirits float around the historic rooms, bouncing off the timber ceilings and oak pews. 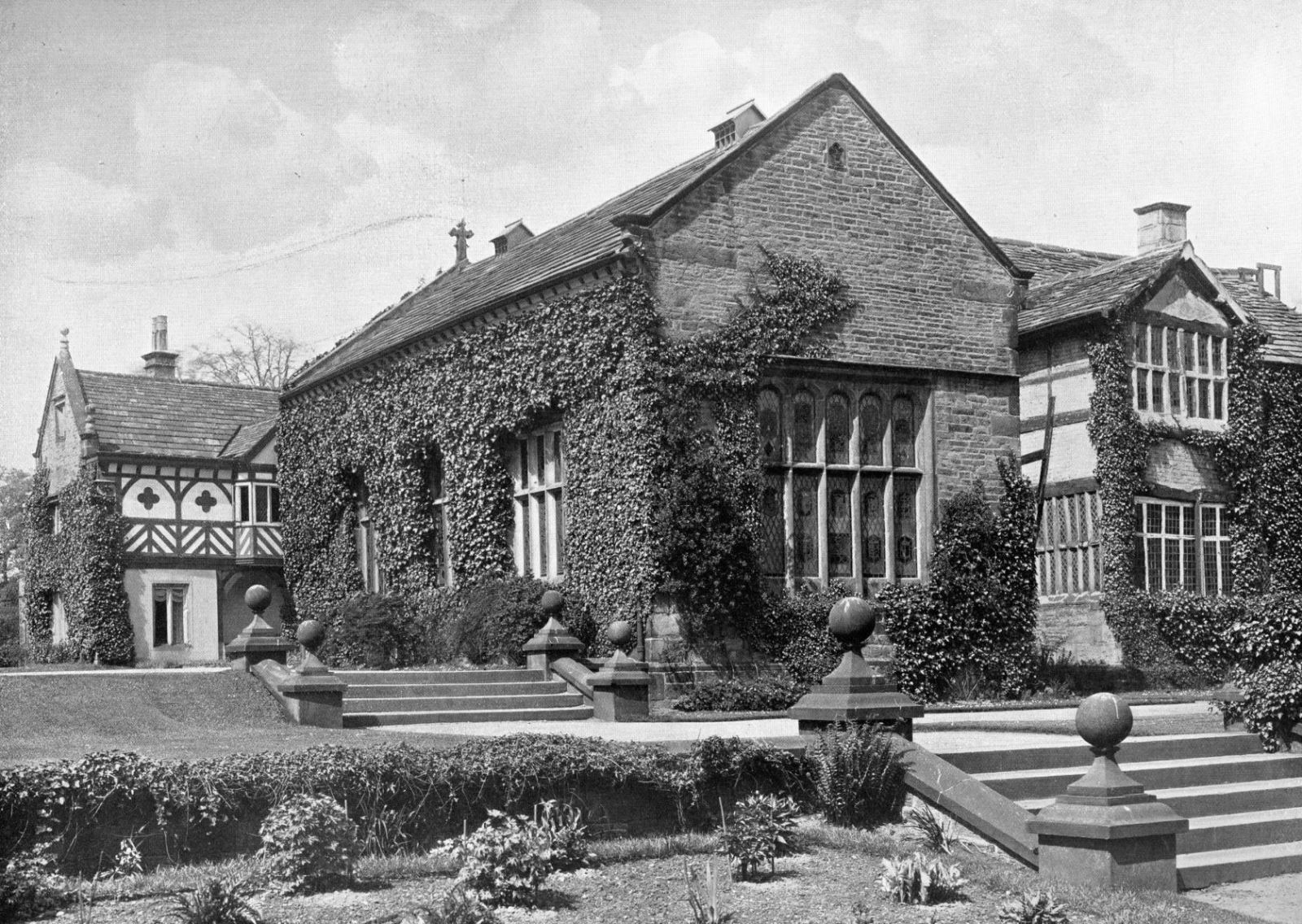 You only have to take a quick look at this place to know that A. it’s old and B. it’s definitely full of ghosts. Those windows look as though they were made for a Victorian maid to stand in and mysteriously stare into the distance out of.

It’s not just how it looks now, either. The plot of land itself has had an eerie looking building on it since the 1700’s.

And with an old as shit building comes the tales and gory encounters with those spirits, ghouls and ghosts. We’ll begin in the most haunted section of the building, The Green Room. 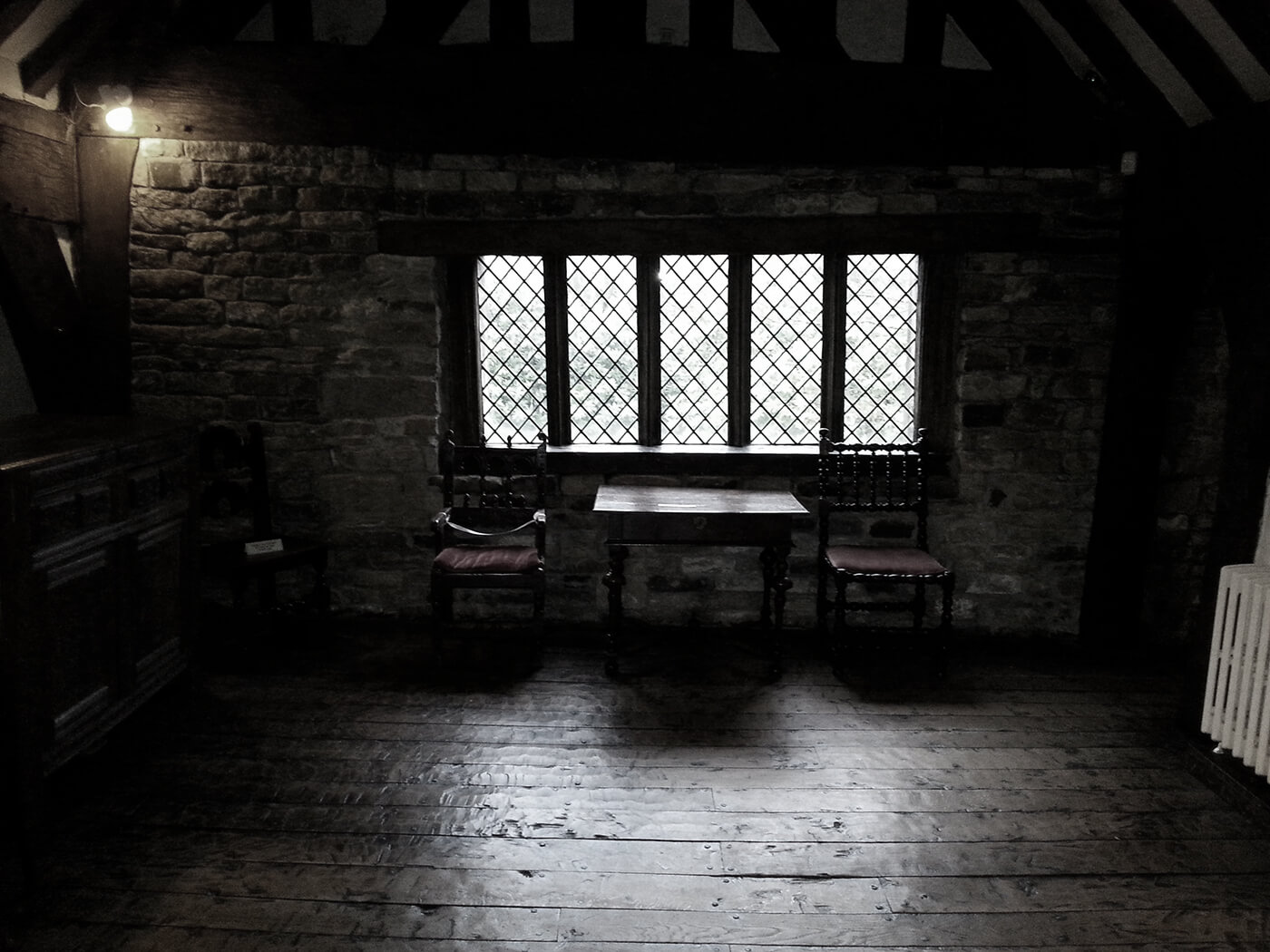 The room is filled with the most sightings of spirits from children to a peculiar guy with a peculiar story, George Marsh. Marsh, a preacher, was executed in 1554 after being found guilty of heresy. The Green Room was where he was questioned. He stamped on the floor gesturing his faith, leaving a footprint on the flagstone where he was held, awaiting his fiery stake future.

The footprint was removed after a while, but an unfathomable amount of poltergeist activity was reported and it was immediately placed back. Unfortunately though, they put it back facing the wrong way. And the story goes that the footprint bleeds every year on the anniversary of Marsh’s death. 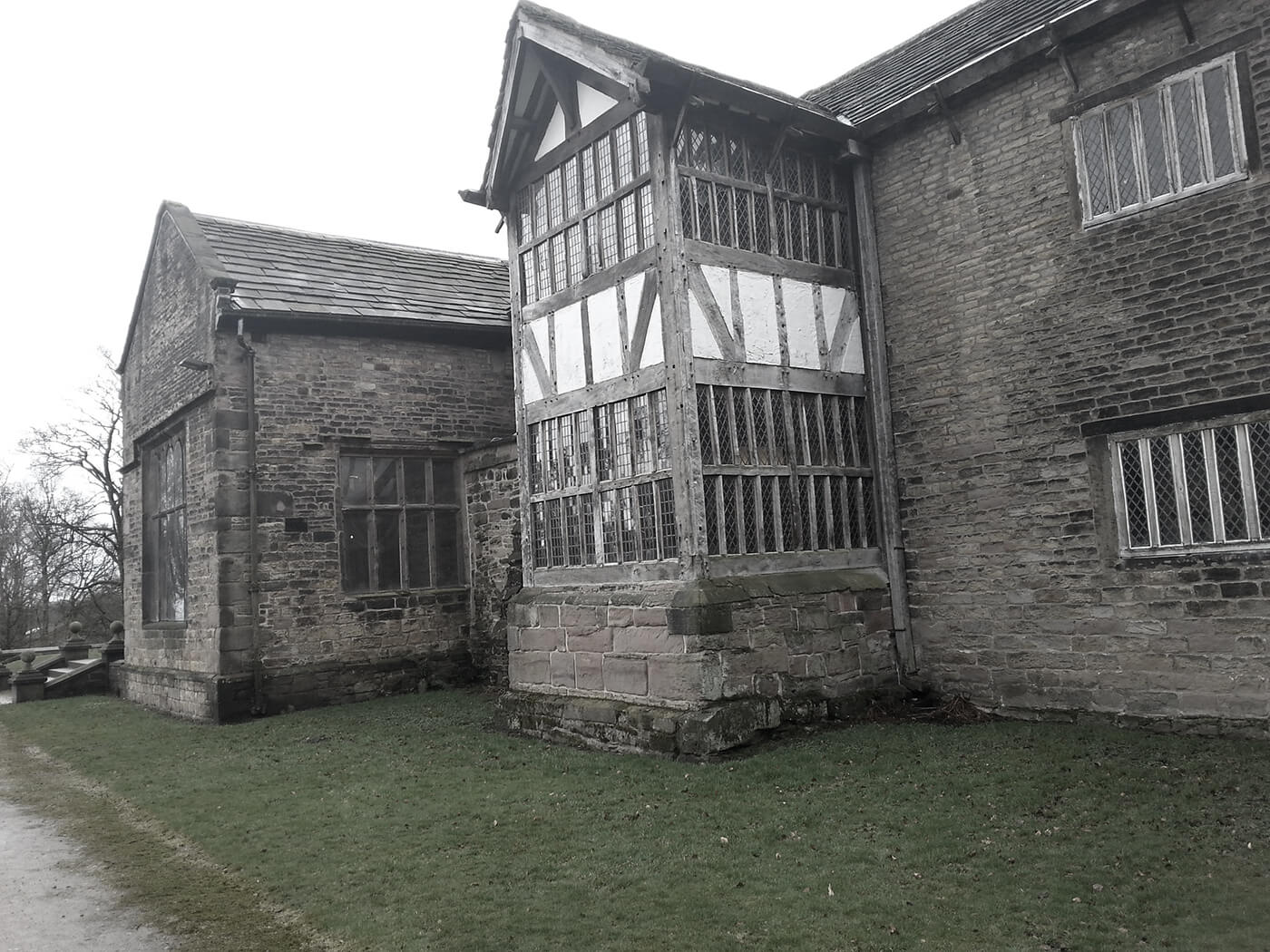 The figure has been seen as a reflection in mirrors in the tea room and by a small child who told the museum attendant that ‘they should wait for the man upstairs before they lock up’.

Other sightings and hearings include and are not limited to horses, soldiers, a mischievous lady in the brown room who has been known to pinch people’s bums. Orbs have regularly been caught on camera, people have felt sudden drops in temperature and smelling burning wood. 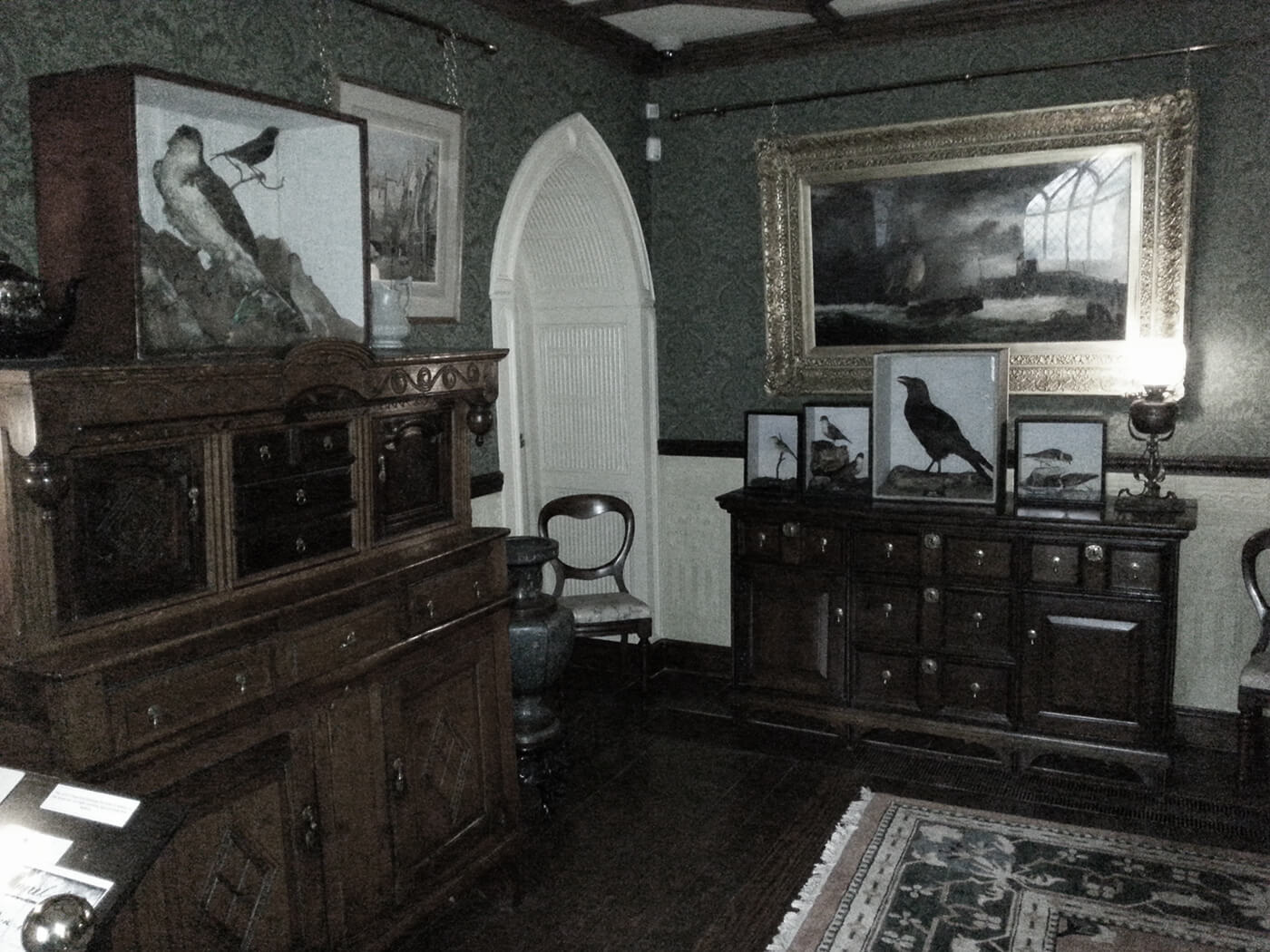 One of the rooms was historically used simply for holding dead bodies before they were buried and could alone be held responsible for containing all the spirits in these stone walls.

Of one of the many rich families who occupied Smithills Hall is the Ainsworths and they’re are plenty of reports of Colonel Ainsworth ghost haunting his old room, rearranging glasses and upturning tables. 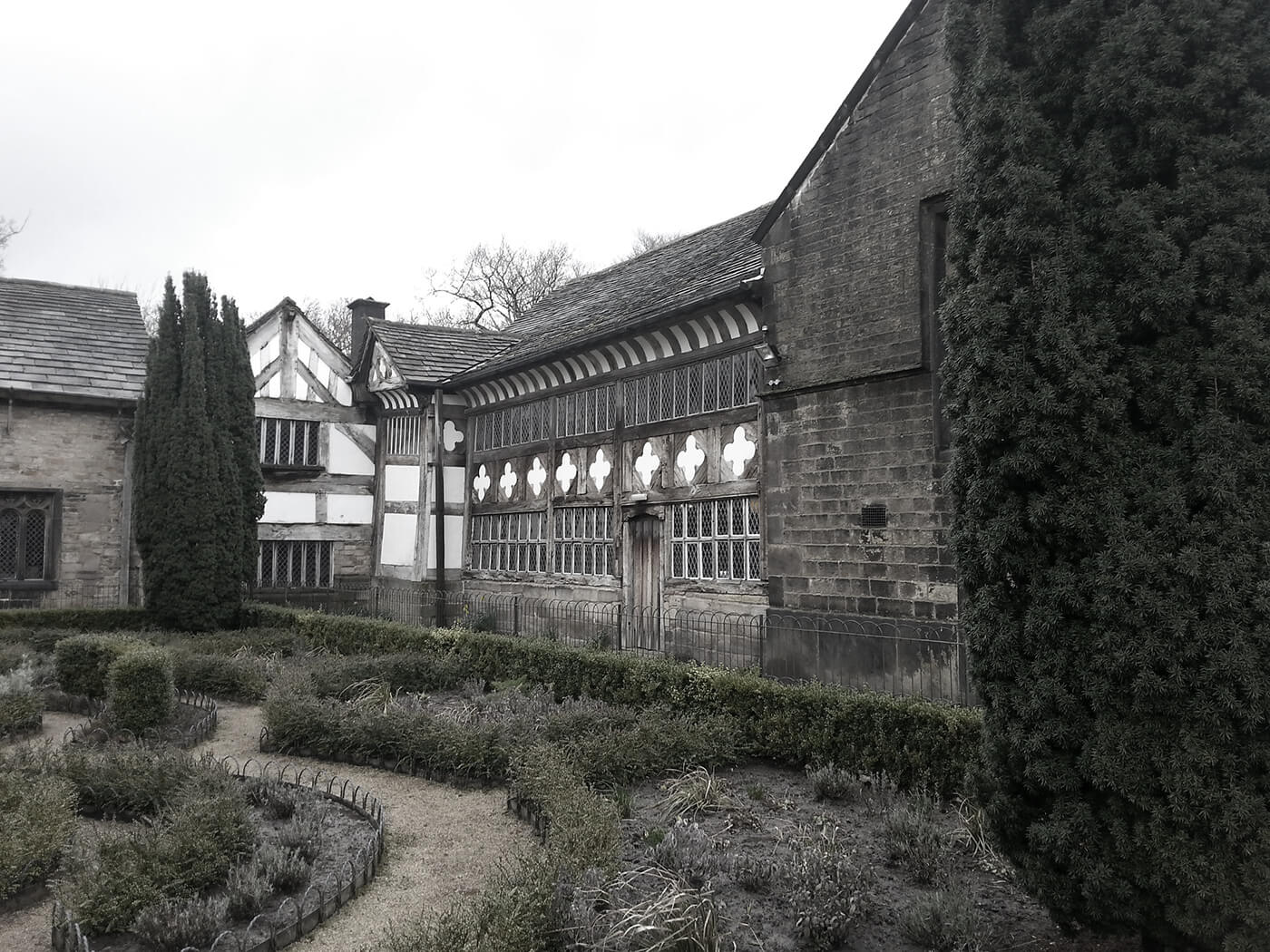 Most suspicious of all though, is the recordings of hearing the screech of cats meowing when – believe it or not – there’s been no single cat in sight. It’s shocking and as I would put cats up there with things I am most terrified of (it’s the way they walk), this would shit me up as well.

Whether or not any of these tales are actually true if completely up for you to decide. What you can’t deny though, is the sheer number of reports. And if you don’t believe me a quick google should help you to. 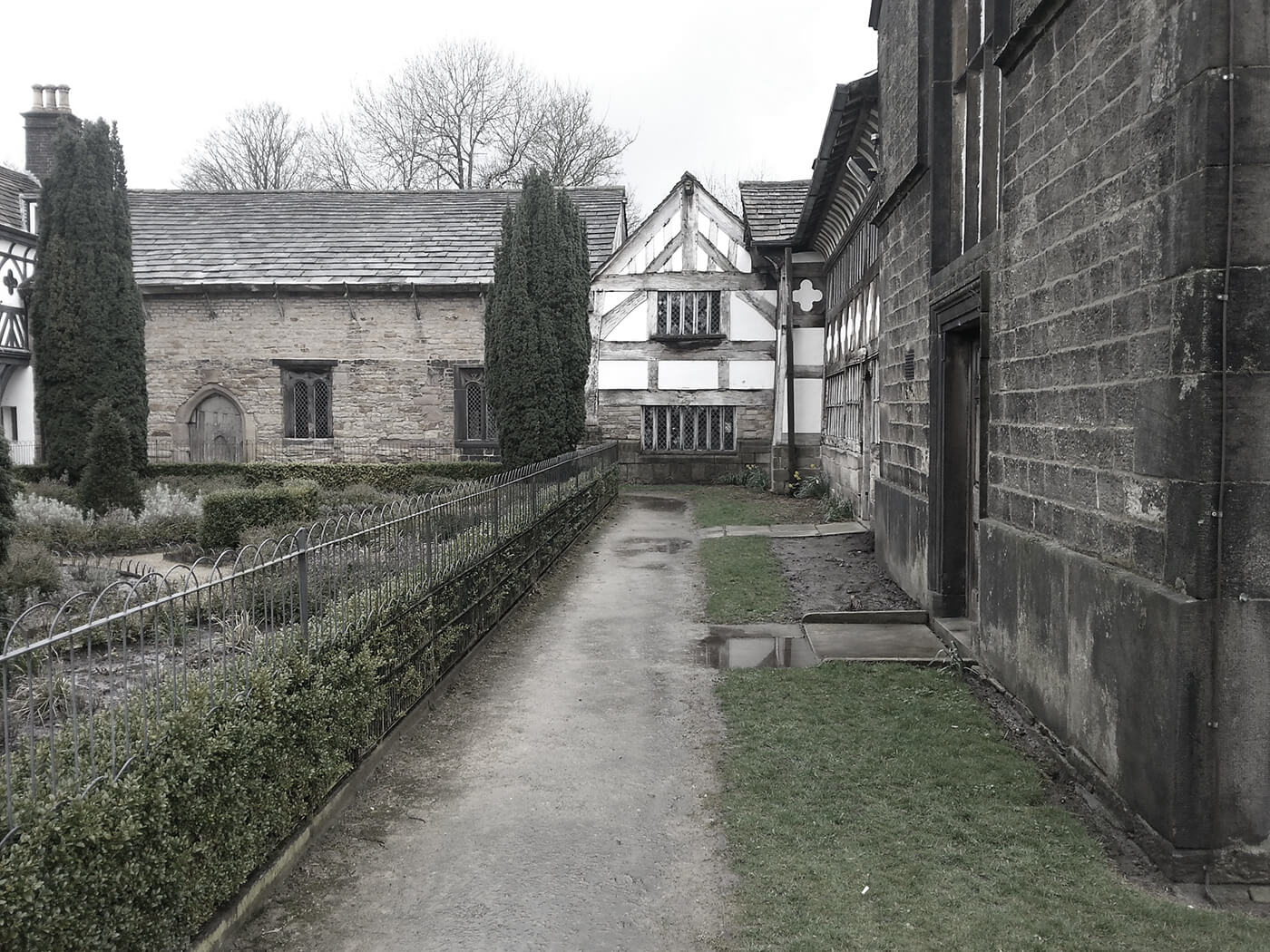 Or if that’s not enough, join in on one of their regular ghost tours and see for yourself. Let me know what happens if you do – you’re braver than me.