The White Lion on Liverpool Street is now looking as impressive as its historic next door neighbour. 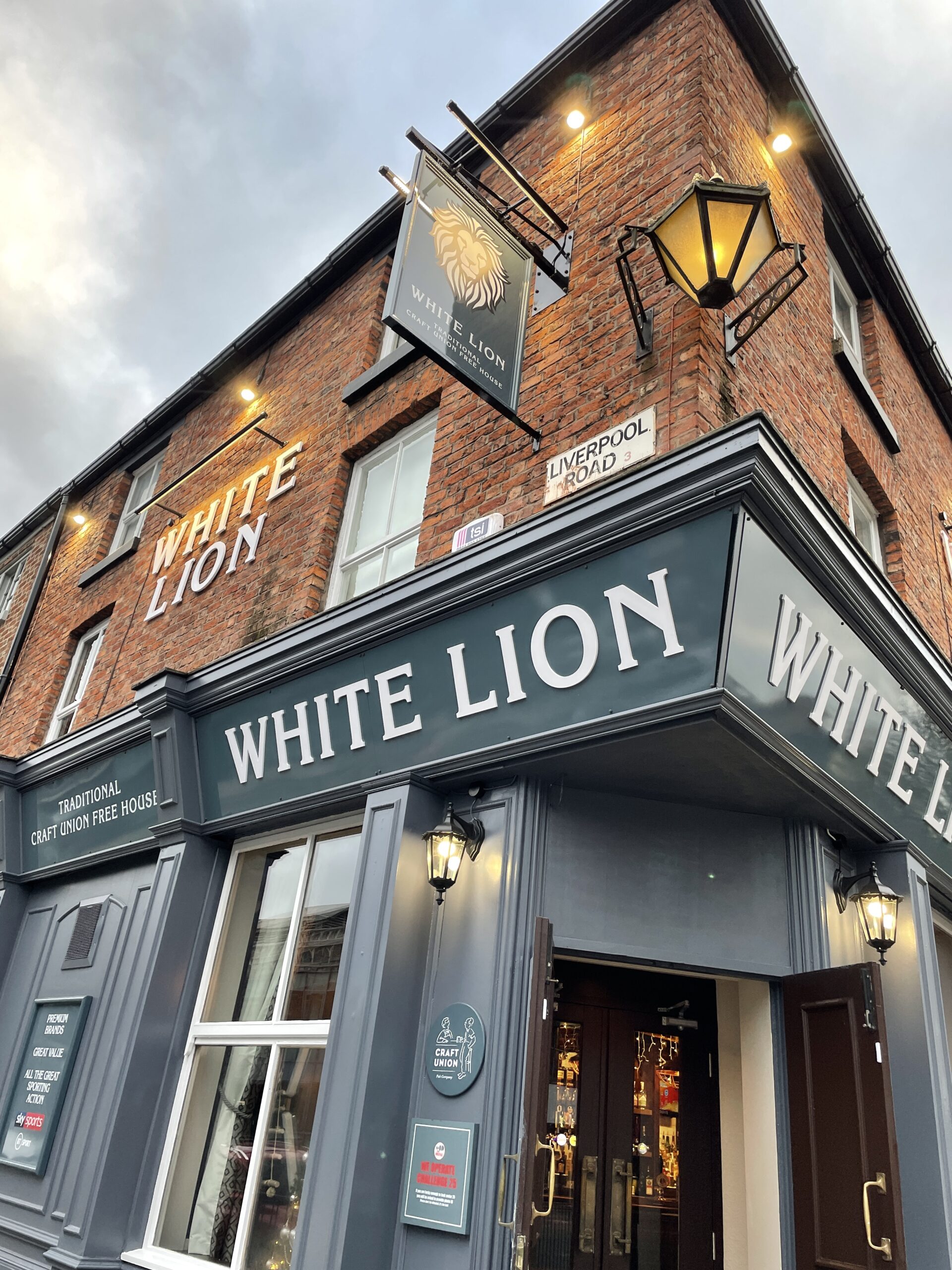 Nestled in nicely next to the Mamucium, a former Roman fort in Castlefield that was the first definite record of human settlement in Manchester, you’ll find boisterous boozer, The White Lion. Always packed out with footy fans and the finest Castlefield clientele, the pub carries the heart of a local country inn, and has just recently had a full revamp.

It’s location is a unique one, as the bar is slap bang in the middle of a former Roman settlement, which, at one point, would have seen legionaries from Spain and Italy wandering about fighting a whole host of barbarians in the exact spot you can now sit and sink a pint of Moretti. Cheers lads. 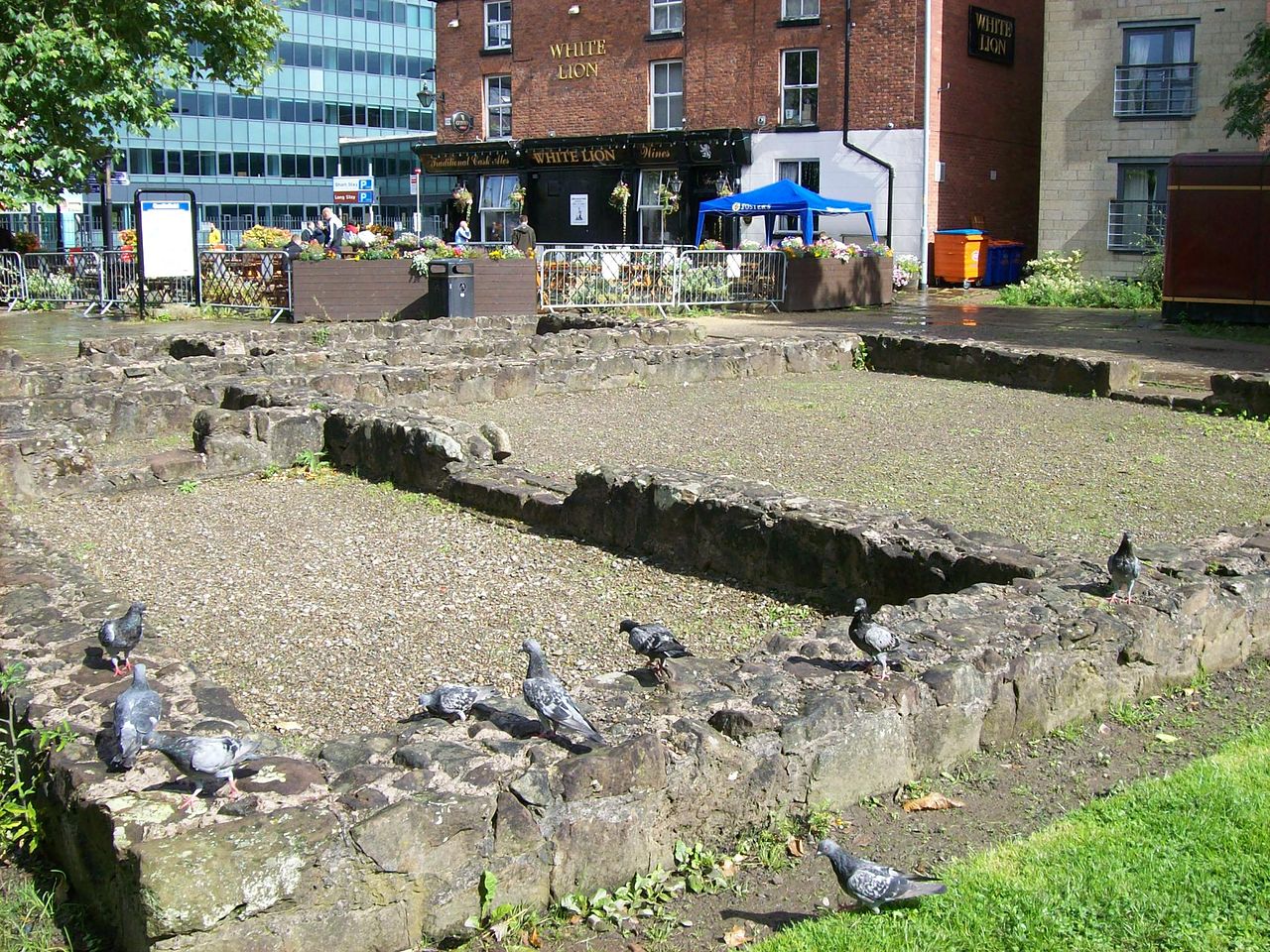 The Mamucium was built on a rocky outcrop protected by the Rivers Irwell and Medlock and sits on a busy junction with roads leading to Chester and York, making it the perfect position for defending the roads and cities it leads to.

A village grew around the Mamucium to support the soldiers and their families, alongside merchants and other vendors selling pottery, spices from across the Roman empire, and, most likely, some great wine. So, I guess you could say, not much has changed.

The Romans withdrew from Britain around AD 410, which meant the settlement was abandoned. Those left headed to a temple dedicated to the Roman God Mithras, a cult-like figure with a seemingly all male following, which was located in what we now know as Hulme. 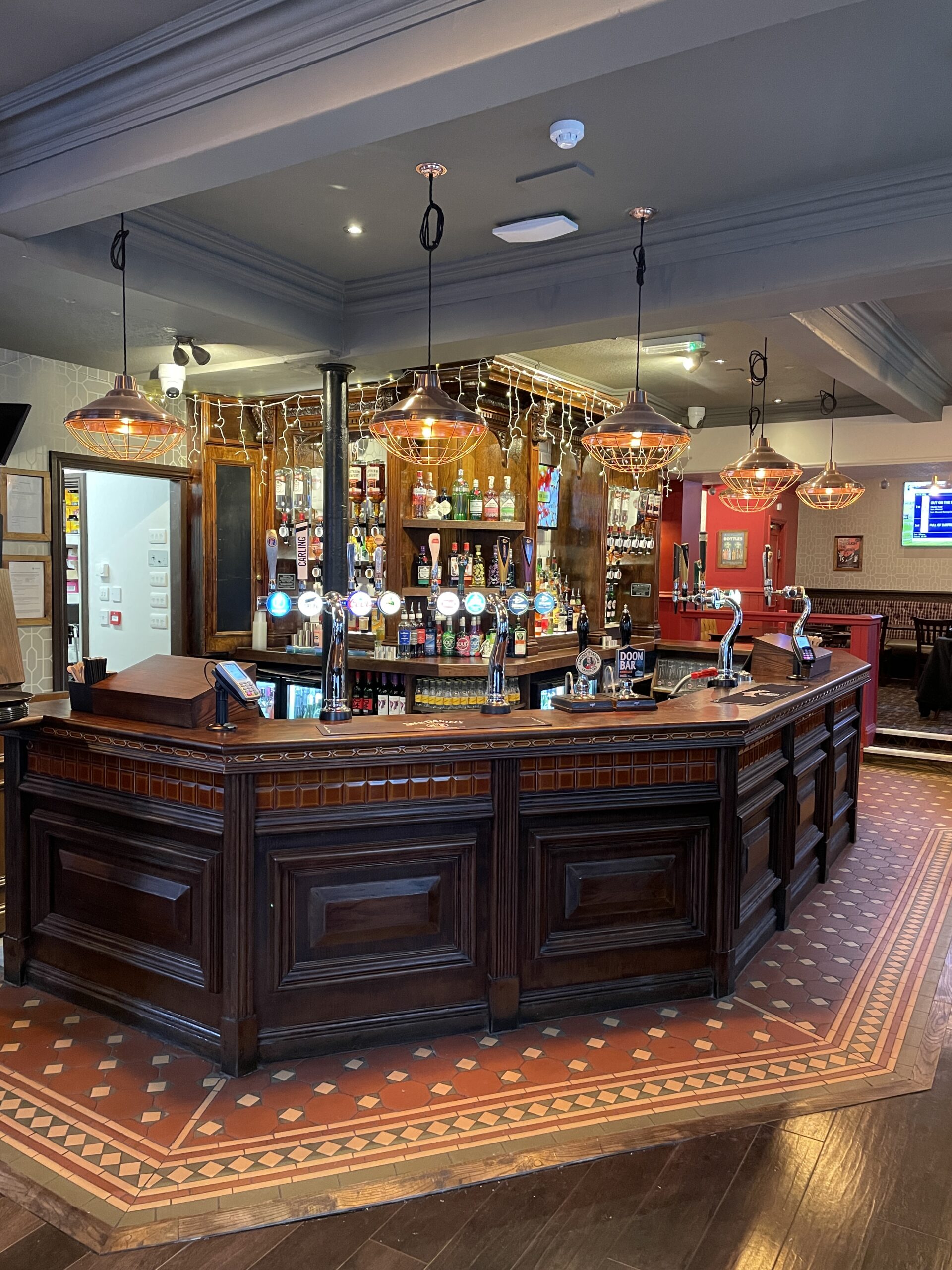 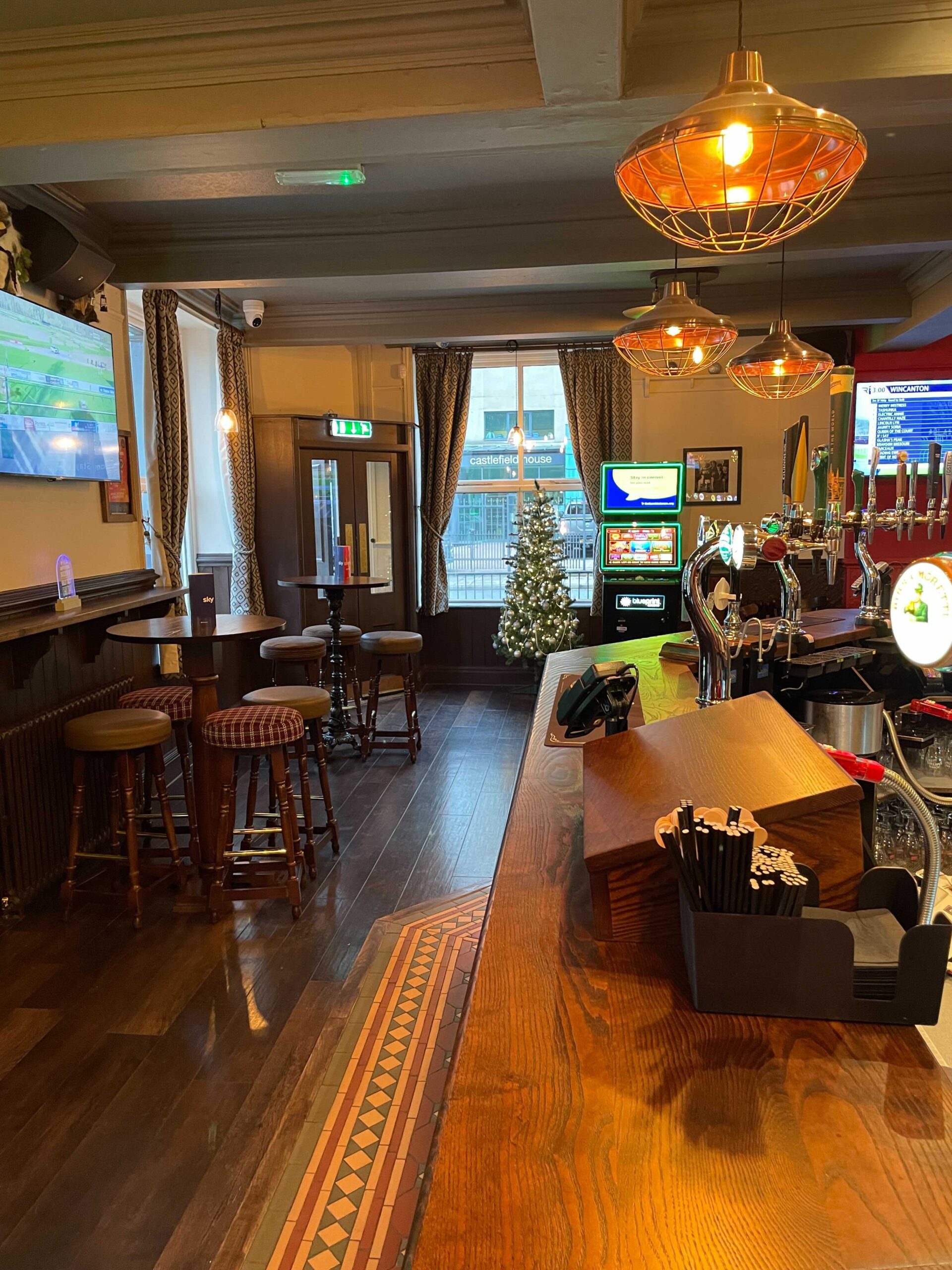 You could argue that even though the pub was built a pretty long time after the Romans populated the area, The White Lion has seen many sights of its own.

Synonymous with Manchester United’s die hard supporters, the pub has now had an impressive revamp of its interior and exterior, with brand new seating, signage and toilets, making it stand-out next to its old friend, the Mamucium. 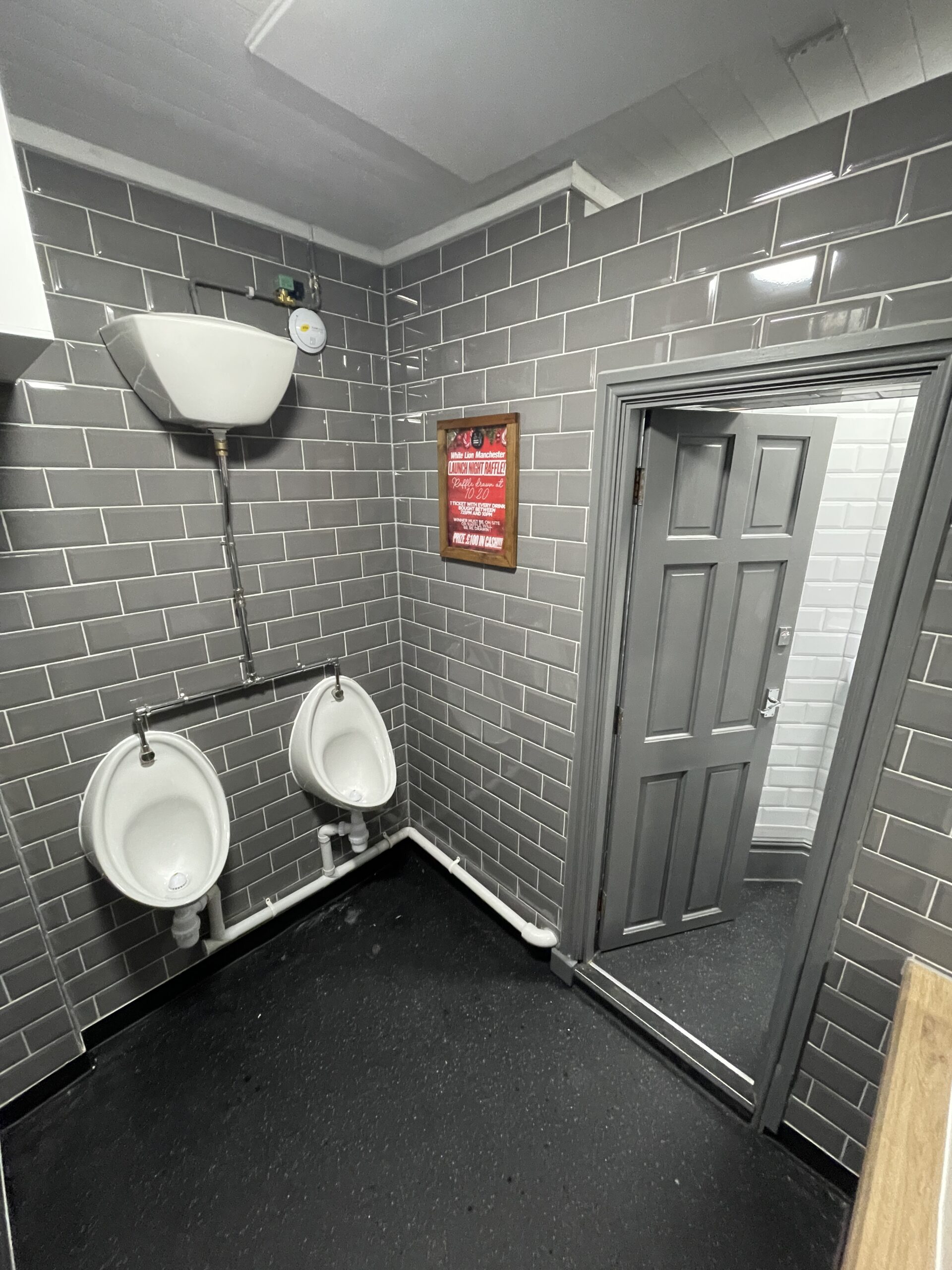 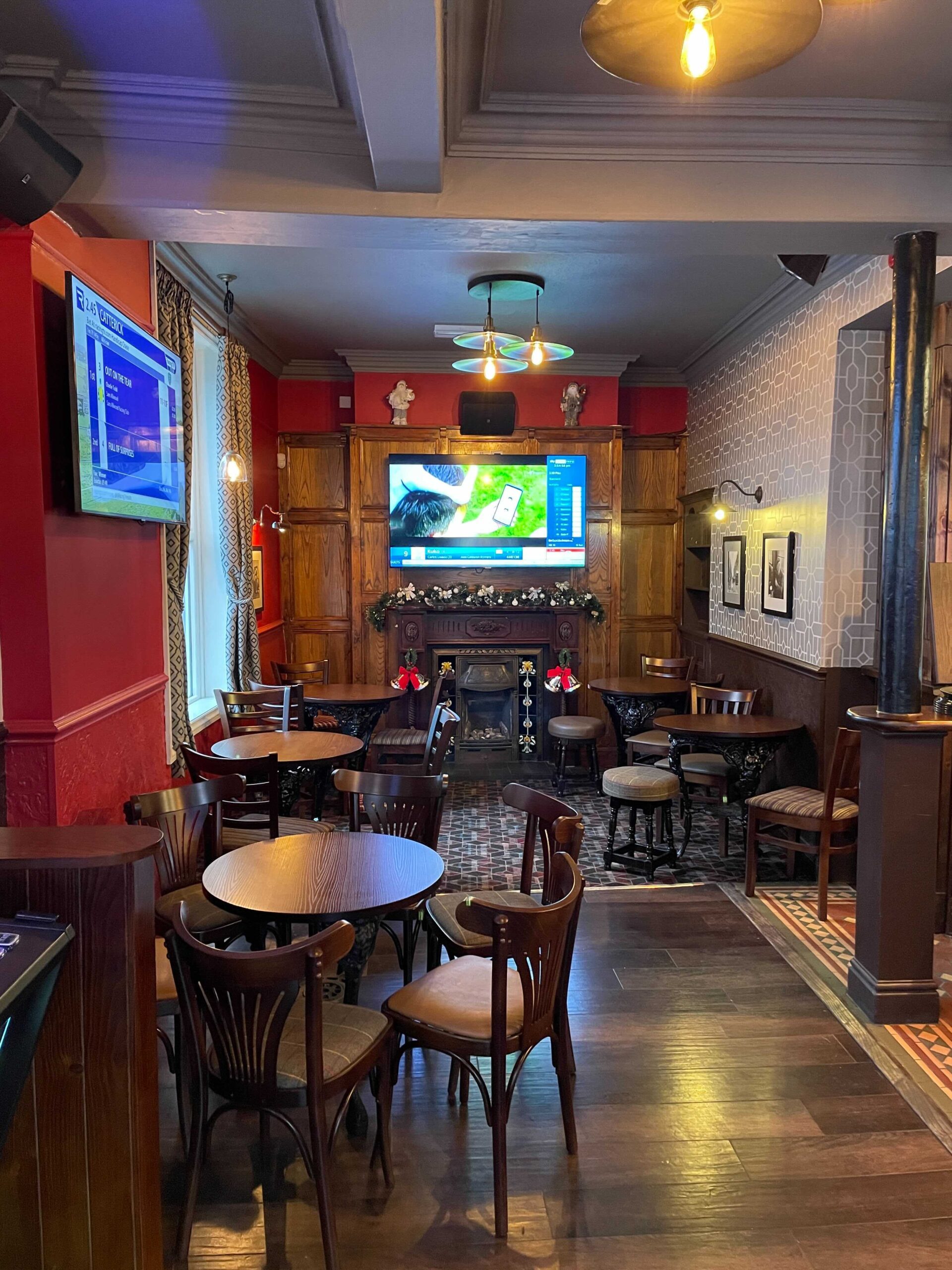 As well as hosting footy fans from far and wide on match days, the pub also holds open mic nights, and serves a menu full of pub grub classics. It’s a pub that welcomes you with open arms, and, once you’ve finished your beer, you can also head across the road to catch a glimpse of the Roman ruins of a city that once was.

The White Lion appeared in our ‘Best Manchester Traditional Boozer Pub Crawl’, which you can check out below.