From 3pm until 3am, there will be 3 floors of gorgeous female and non-binary talent! 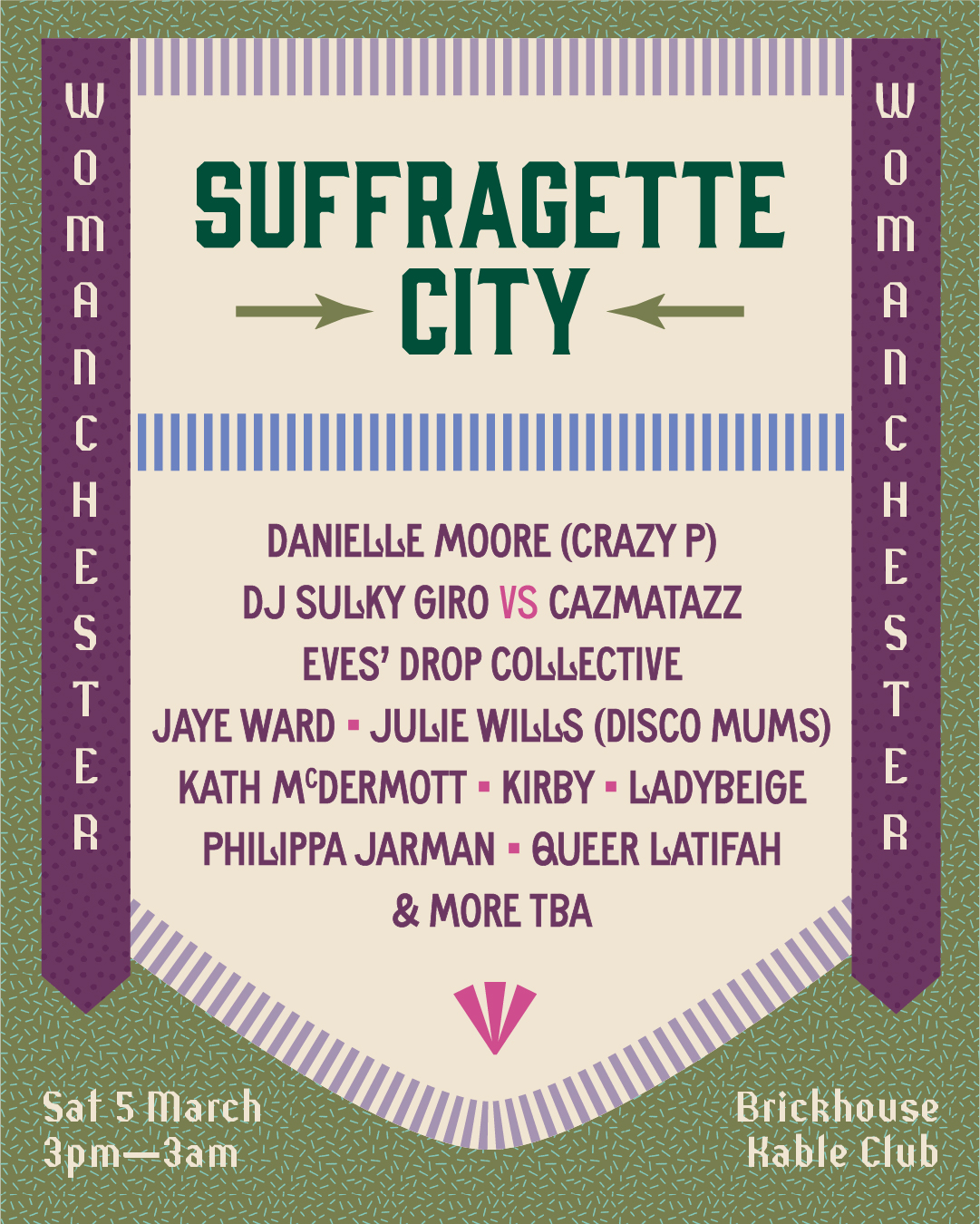 Music is at the heart of everything they do, with the event aiming to unite communities on an inclusive dancefloor. 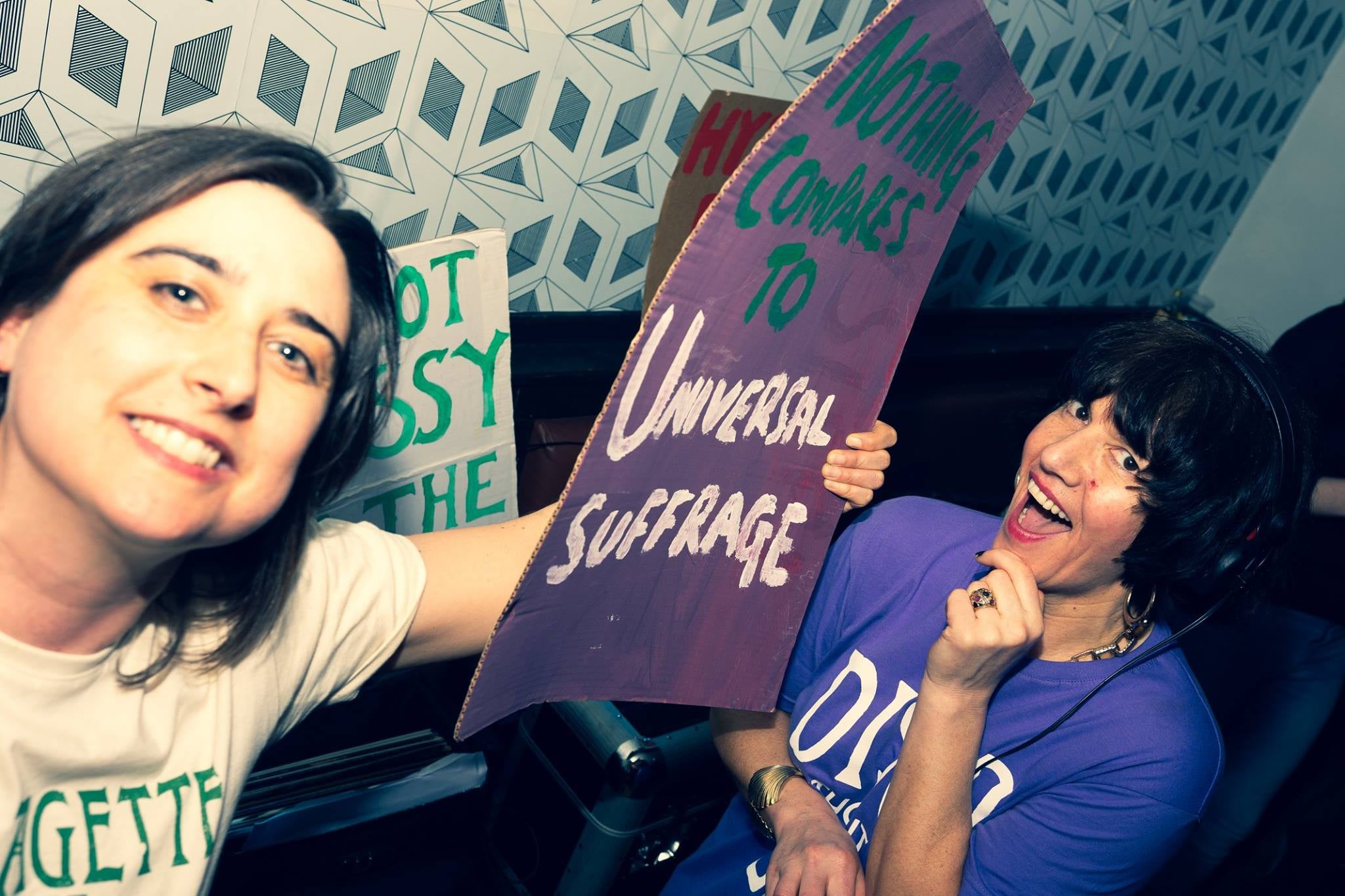 You will hear a discerning blend of disco, house, soul, funk, pop, techno, rave and anything else that buzzes up one of the friendliest club crowds in the city. 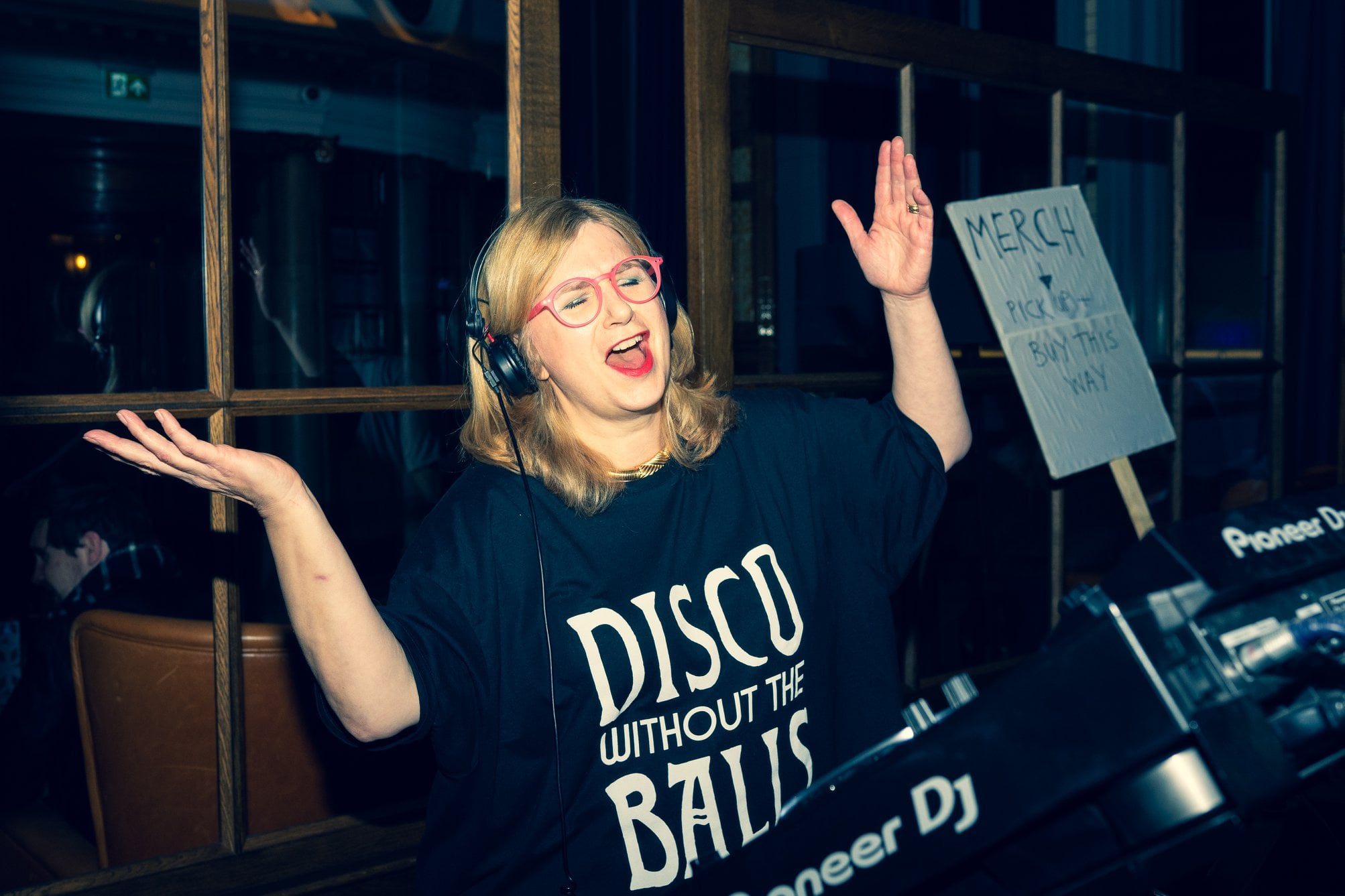 Past events have included contributions from Afrodeutsche, Denise Johnson, DJ Paulette and other great DJs and performers.

The club’s first ever night was held in 2018 at The Refuge as the closing party of an exhibition curated by Alison Surtees for the charity Manchester Digital Music Archive.

The show highlighted the achievements of women in the music industry in Manchester through a series of specially commissioned portraits. 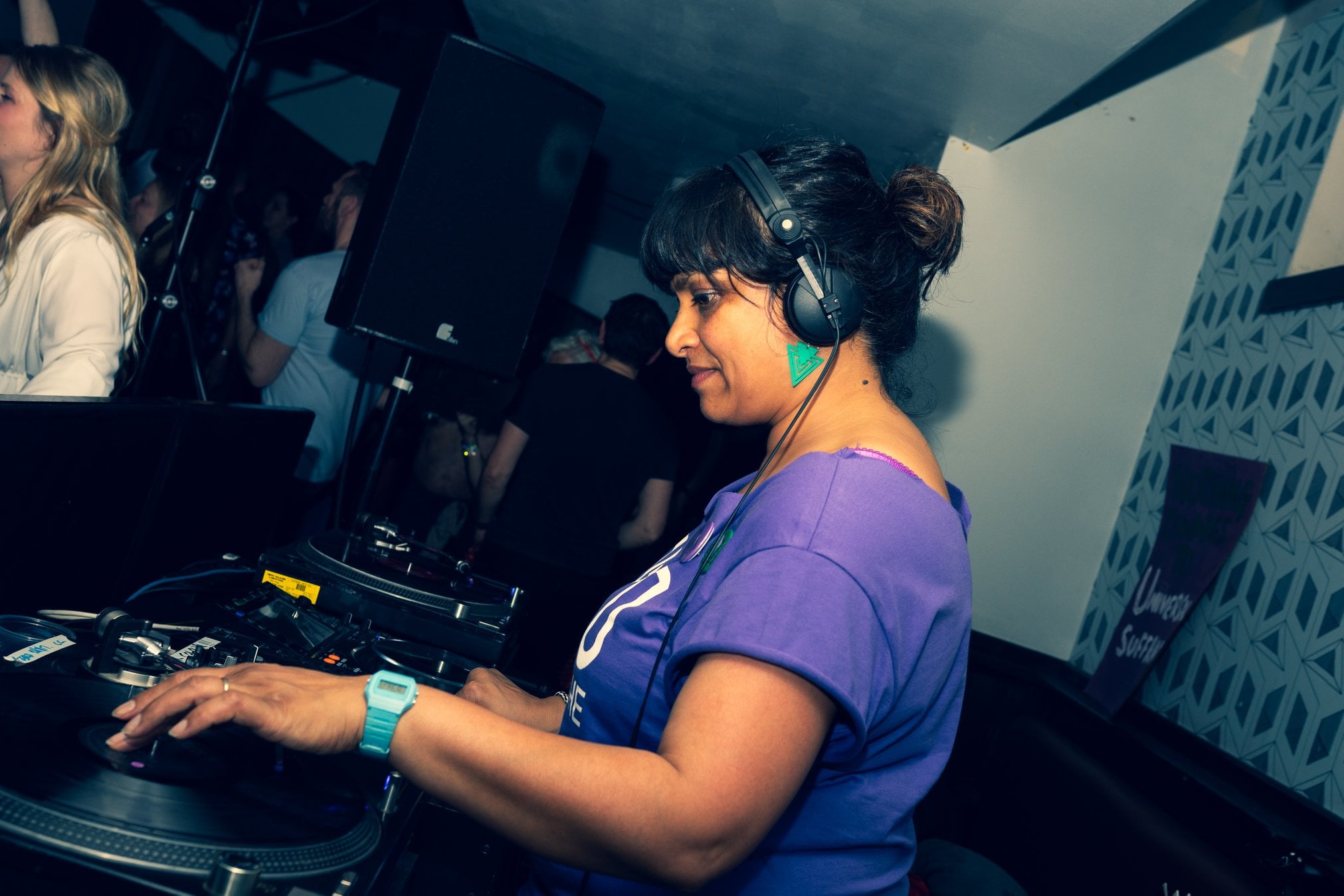 The night was a great success and Suffragette City became an annual event held in the same spirit, with women and non-binary talent at its heart.

During the pandemic a live streamed event was held from The Carlton Club, raising £7,500. Using its platform to also raise money for charity, each year the event has succeeded in gathering substantial sums through ticket sales and merchandise. 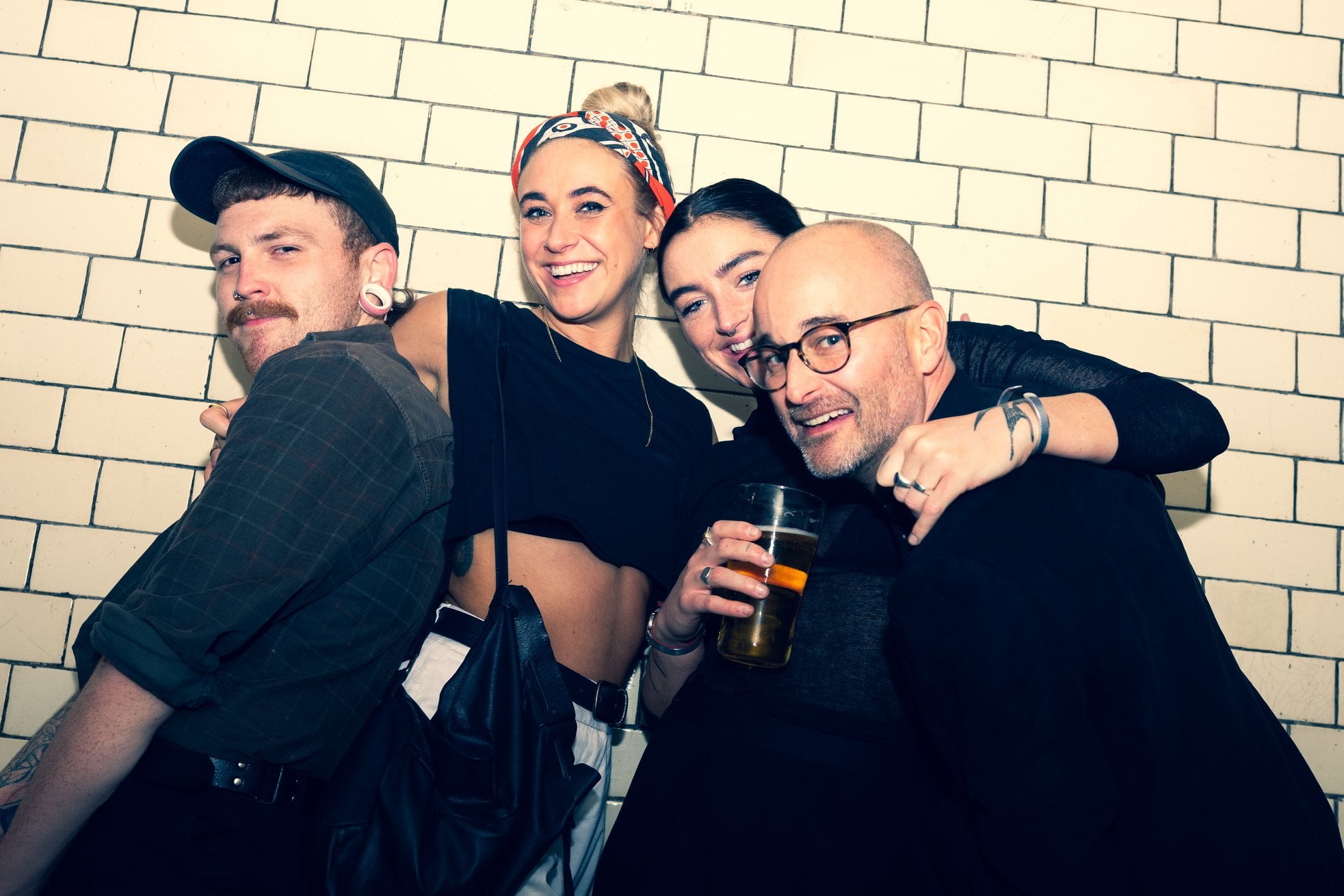 Everyone who is part of the Suffragette City team, including the DJs, give their time free of charge to support these worthwhile causes. As well as donating to our carefully chosen organisations, they also seek to raise the profile of their work through promotional efforts.

The event is a great opportunity to celebrate International Women’s Day the right way – dancing for 12 hours with a group of incredible women and non-binary talent, spinning some of the tastiest disco tunes!

Wes Anderson meets Spaghetti Western in this ‘Whodunnit?’ in Sale