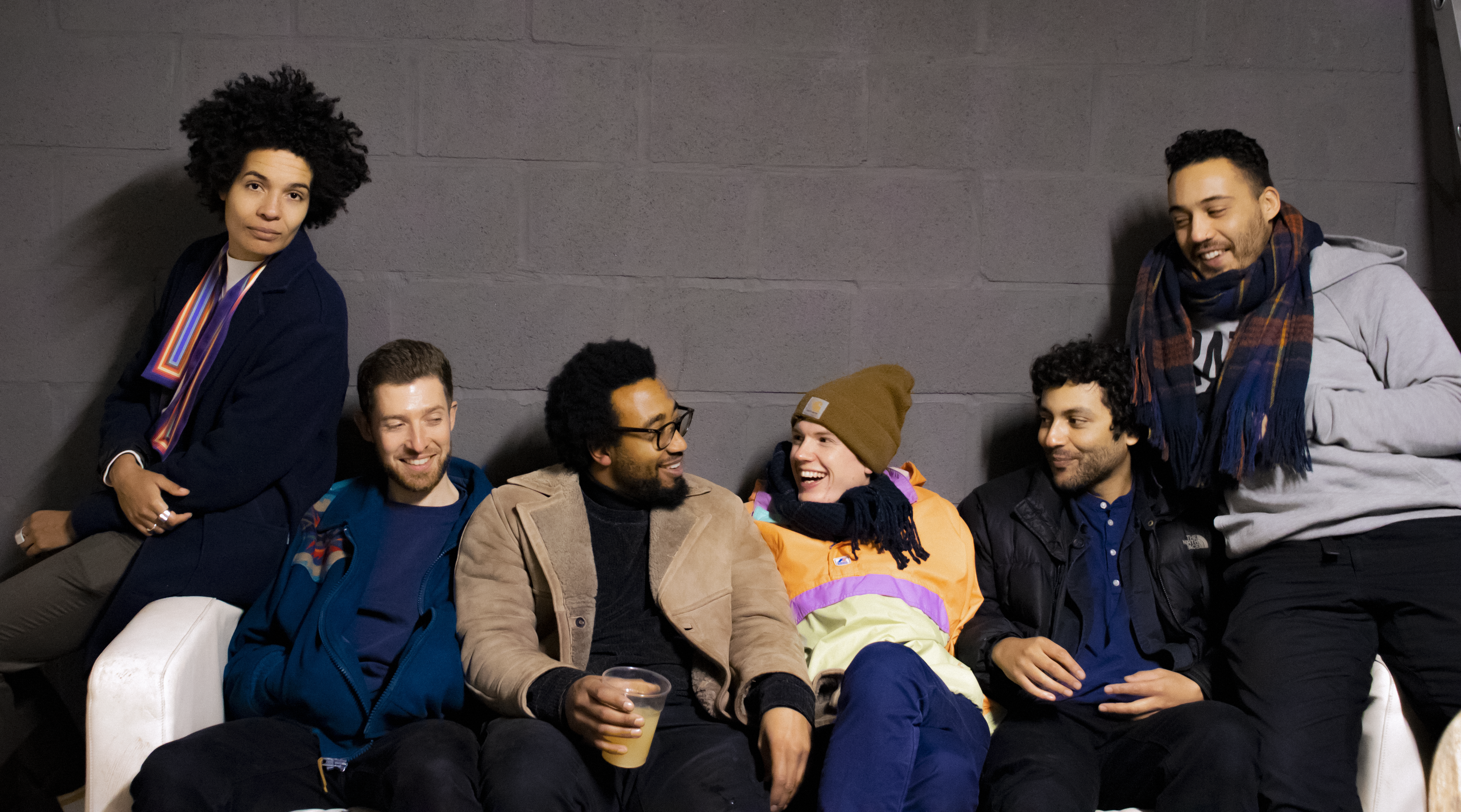 Lovescene’s self-titled album is inspired by romance, romantics, and film scores, among other things.

It’s stating the obvious to say Poppy Roberts speaks from the heart. And we’re talking about much more than the first album from the producer, musician, DJ and vocalist’s band, founded as the last decade began to wind down.

But for clarity, let’s start with the record. Streaming now and out to buy early-April, Lovescene’s self-titled debut LP is a thing of beauty. A gradually unfolding tale of heads falling over heels, endings, redemption, reflection, and hope. Deeply evocative vocals soaring over smoky background scores, low-slung R&B and Neo-soul soaked in jazz, hip hop, and downbeat inflections. 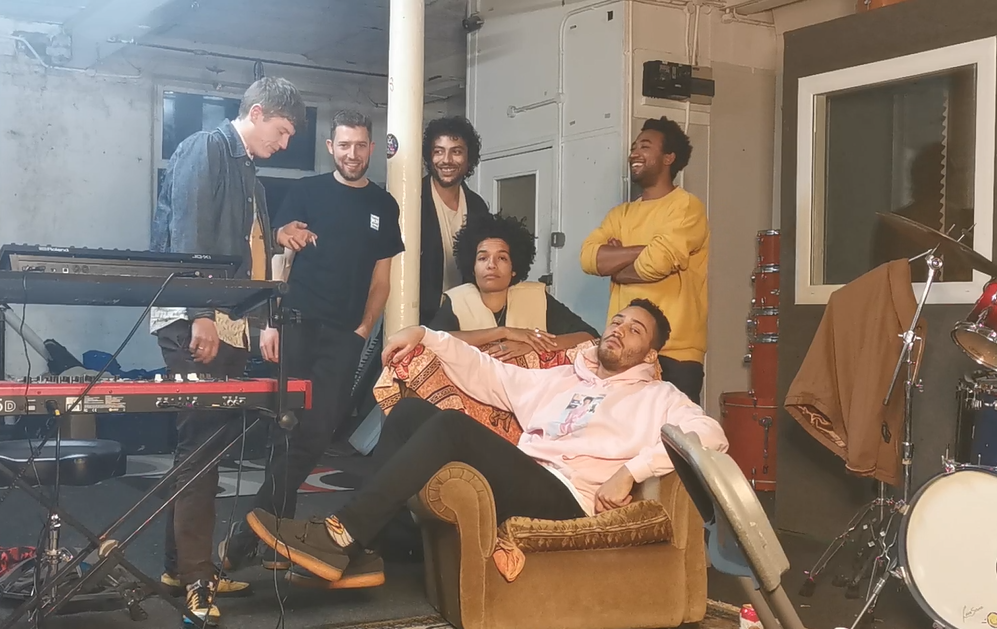 The product of a production process that took place entirely in lockdown, by comparison some of the ideas distilled into this heady brew have been a long time geminating. With a background in classical music, Roberts has long held a torch for film soundtracks. And, early on, as a bedroom music maker, she found herself drawn to sampling and re-appropriating cuts from many of those scores.

Engrossed by elements such as rich string sections, it quickly became clear the fresh arrangements created from those parts could be taken up another level. A search for like-minded players to turn those tunes into the full tracks they have become began, focused on the incredible talent found in Manchester’s fertile jam scene. Soon, band-members were on board, bringing their own ideas and creativity to the outfit.

“I sort of approached everyone I really liked the the energy of. Taste wise, you really learn about someone at a jam. You know? What they bring to the table. So with a huge amount of luck all of the guys were well up for it. We’ve been together ever since basically — there’s only really been one change in the lineup… the addition of Jack [Duckham] on guitar, which changed a lot of the dynamic and maybe some of the writing,” Roberts explains.

Turbulent times did follow, though. The cast of full-time musicians — which also includes Alex Hill, Adisa Allen, Ruben Sheridan and Ben Price — found themselves out of work for much of the pandemic. Having tried and failed with other opportunities, Roberts turned to MOBO’s Help Musicians fund in a bid to make the album happen. “I’d applied for different things, and kind of lost my hope a bit. But the way I approached this application was just like: ‘Look, here’s what I want to do. I’ve been totally honest. Like, this is where we’re at’. And we got it,” she recounts. 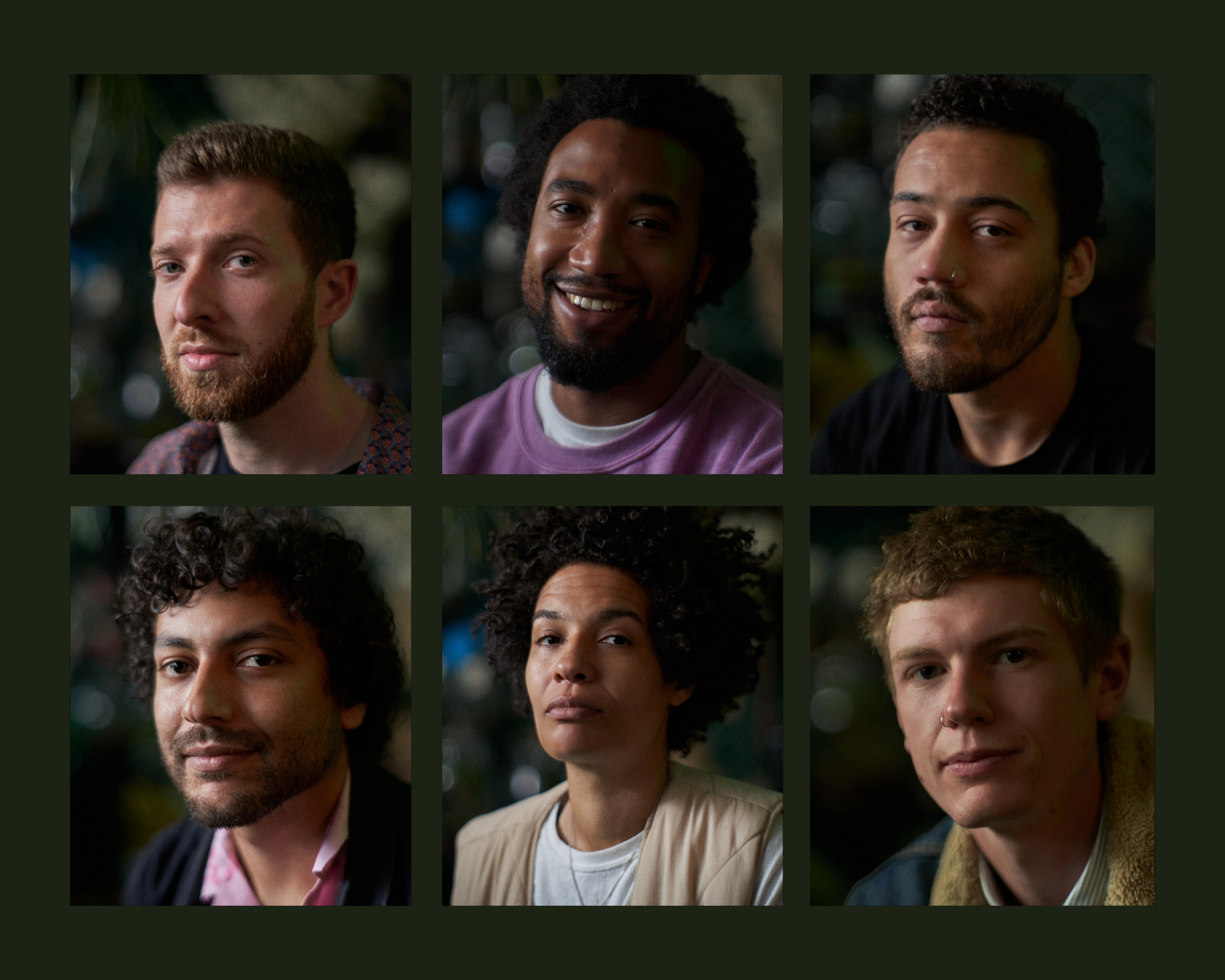 “I think before you sit and write [an application], understanding what your intentions are is really important. If you keep staying true to those, I think that comes across. If you feel like you shouldn’t be saying this, you shouldn’t be saying that — that sort of over-analysis when you’re applying — then that’s what comes across,” Roberts continues, explaining MOBO’s money guaranteed the record would sound as it does today, with guest appearances including Blind Mic, Gary Washington, and Harry Fausing-Smith. “I remember in the application just saying I wanted to do these songs justice.” 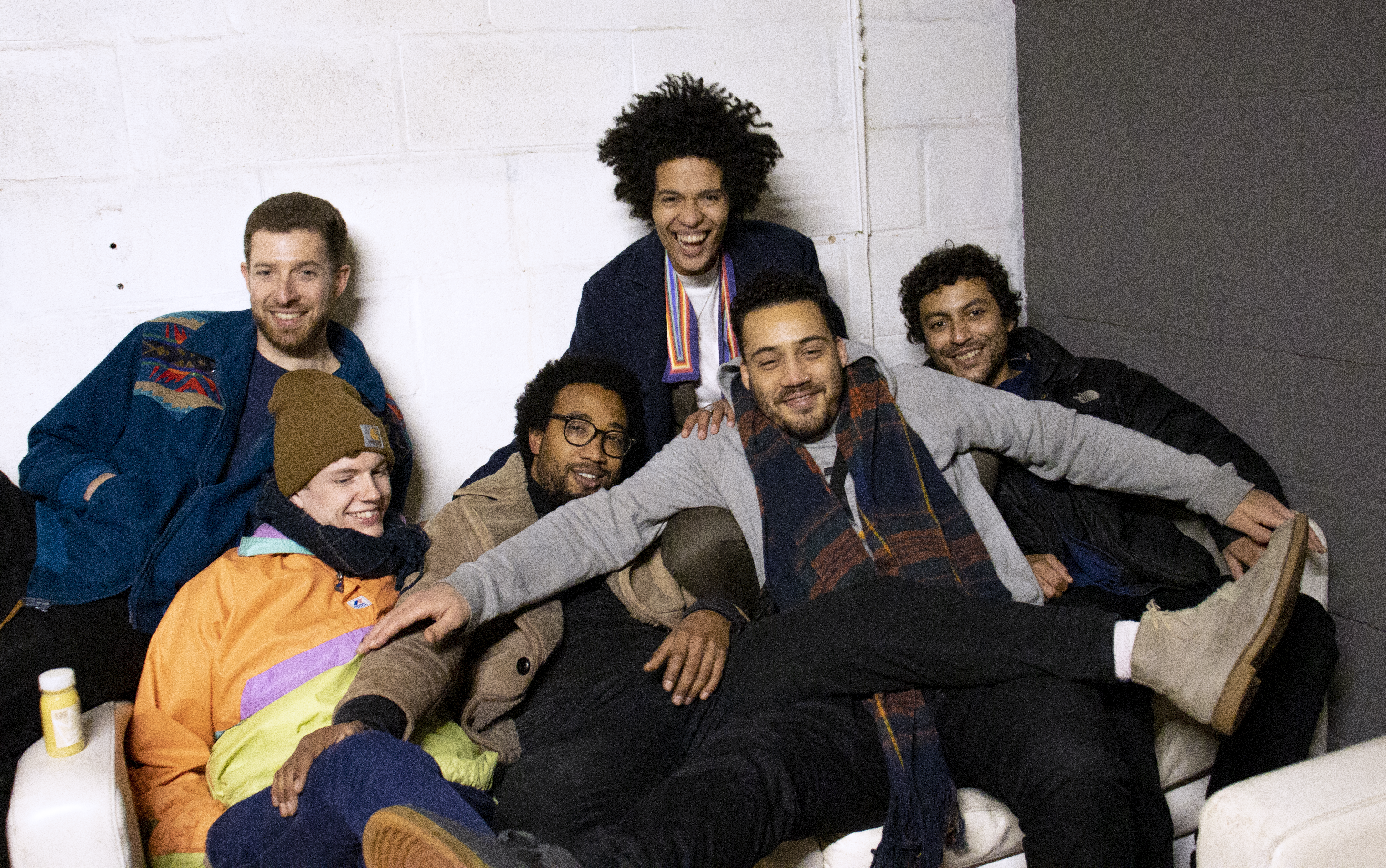 Manchester’s Lovescene have made something truly beautiful with their debut album.

The instrumentation and songwriting are exceptional, and the genesis of ‘Lovescene’ is also fitting. Tracing roots back to those movie samples, when Roberts was busy cutting and pasting scores into new sound collages she quickly realised she wasn’t just using soundtracks, but soundtracks from romantic scenes. And this concept has informed the band’s attitude to some degree.

“We were once discussing, what’s our vibe, what’s our mascot? I said that, for me, with some of these tunes I want you to imagine Tina Carlisle of ‘The Mask’ walking into that bank. And everyone was like, ‘Yeah, oh my god, what mood, what a moment,” Roberts recounts, before revealing the album’s ‘Intermission’ originally used vocals about Cameron Diaz’s red-dressed character. “With soundtracks, I suppose they almost reflect an internal soundtrack as we’re feeling these feelings.

“I think R&B, and its content, talking about love and sexuality in the way it does, I think it’s really important. You see people behave very differently,” she continues. “When I’m DJing and play R&B, even if you can’t say these words that are in the songs to someone, they’re floating around you while you’re interacting and having these experience, they kind of help you feel that vulnerability. We were talking the other day about why Neo-soul seems to be coming back. I said, I think it’s because after lockdown people feel vulnerable again, and are allowing themselves to. And I think even artists are reflecting on that.”

Lovescene ‘Lovescene’ is streaming now, and out to buy Friday 1st April.