Made in Manchester: McVities

How many Jaffa Cakes do they make in a minute at the McVitie's factory on Wellington Road? 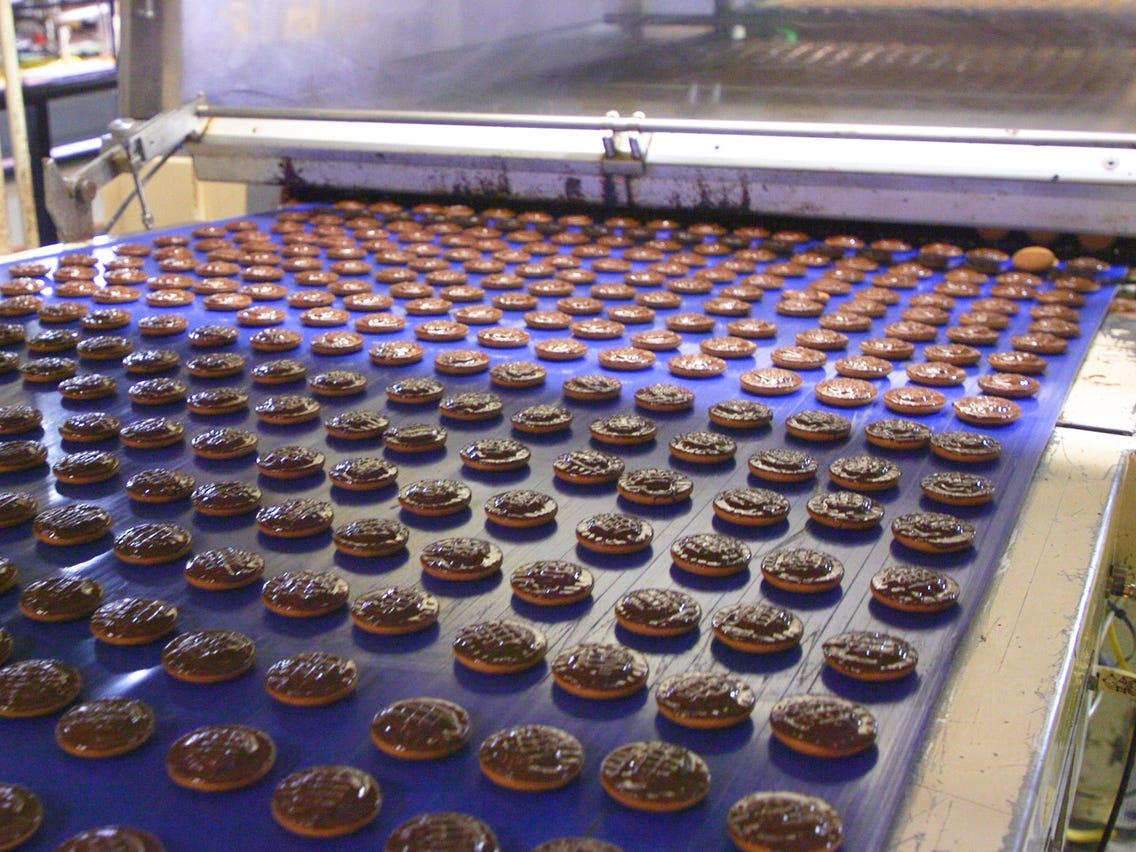 Well, that’s a very important question and one that I’ll answer a little bit later. In the meantime, let’s have a look at McVities themselves – and just how they ended up making their most famous biscuits in a building on Wellington Road.

First and foremost, I think I should say that the factory in Manchester isn’t the only place where McVities make their biscuits, and indeed some of their most famous biscuits aren’t even made up here – but the BEST ones are! Walking past the factory you’ll be metres away from machines pumping out Jaffa Cakes, Penguins and Digestive biscuits – quite possibly the ultimate trifecta of biscuit excellence.

I’m not going to start going on about whether a Jaffa Cake is a cake or a biscuit, I’m not that a) boring or b) interested in asking or even answering it – so we will just say it’s a biscuit to avoid any more mundane discussion. 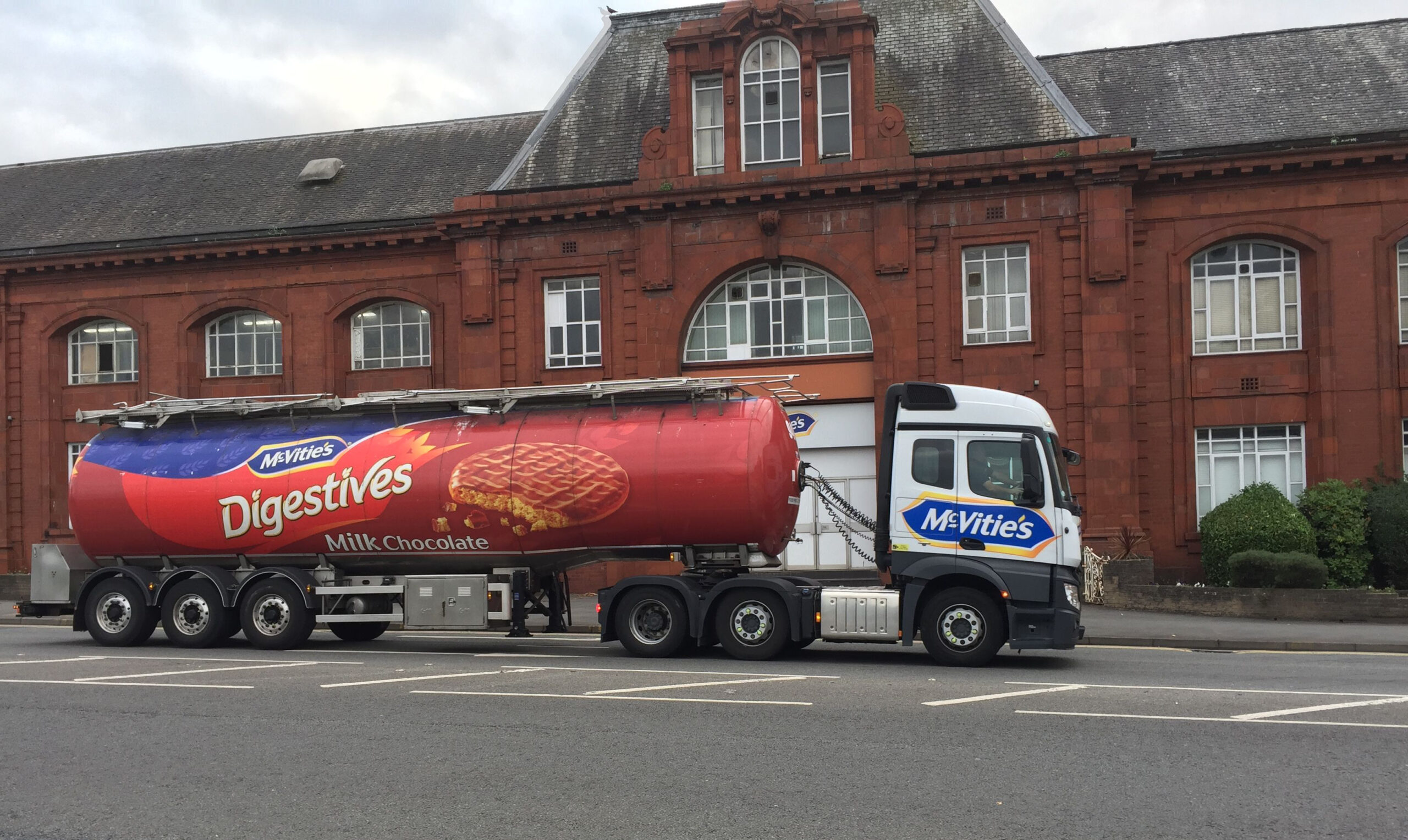 The Jaffa Cake was actually introduced all the way back in 1927, featuring a simple combination of sugar and tangerine oil to form a sealed layer of jam – revolutionising people’s biscuit-eating experience.

Named after the jaffa orange, I suspect that in 1927 Jaffa Cakes were the height of sophistication in a time where getting hold of a real, fresh orange was out of reach for a lot of people.
McVities itself actually goes back much further than the 20s, being started by Robert McVitie in Dumfries all the way back in around 1839, although it started life as a generic bakery as opposed to a sole-biscuit manufacturer. 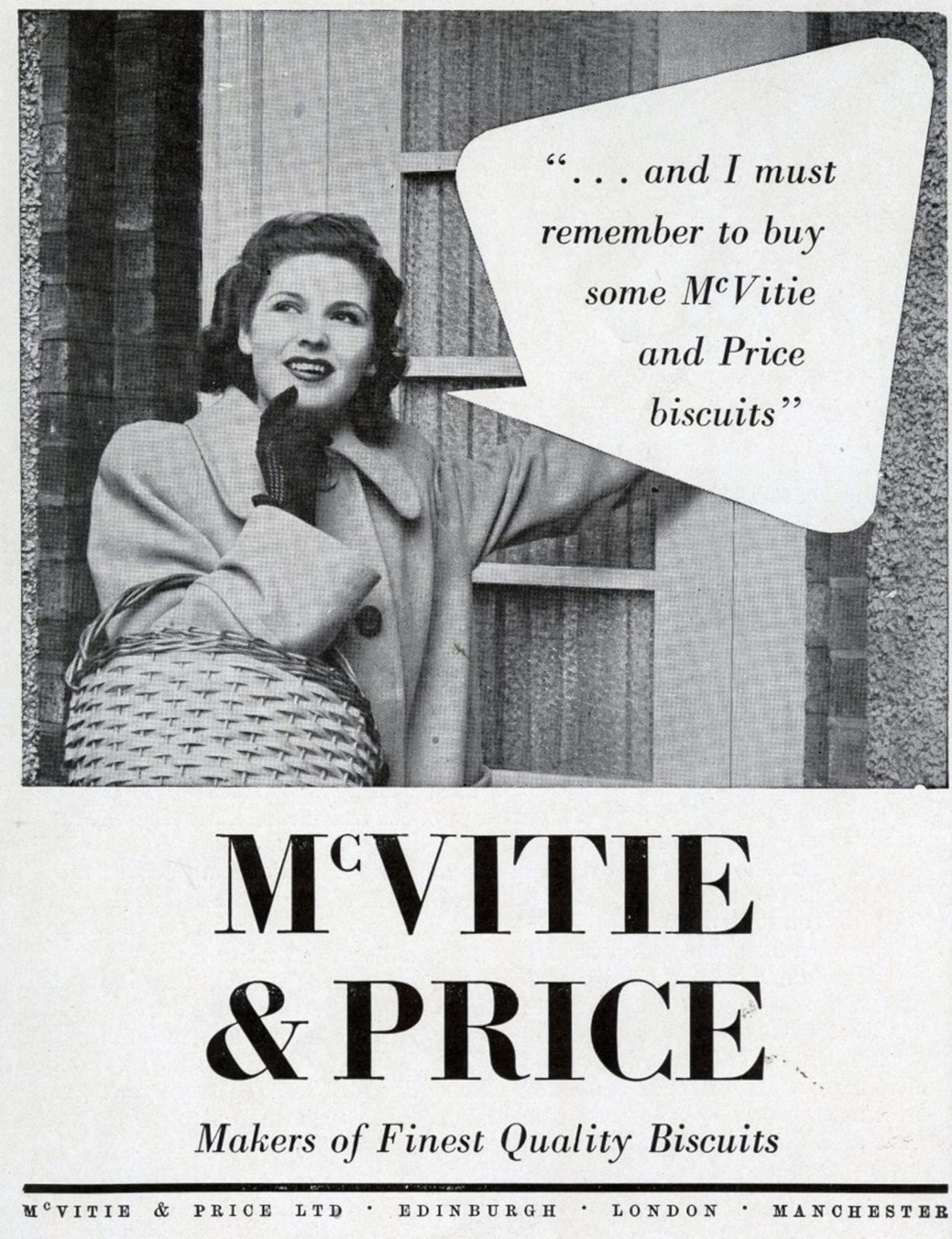 It wasn’t until Robert retired in 1880 and his son Robert (imaginative) took over that they abandoned bread and cakes and decided to concentrate on biscuits – primarily because they lasted longer and were easier to transport.

The company continued to grow throughout the 19th Century, helped in part by their Rich Tea biscuits and the British people’s insatiable desire for something to dip into their tea on an afternoon.
By the turn of the century McVities has devised and invented the first (and original) Digestive biscuit, as well as secured themselves the royal seal of approval after being asked to bake the cake for the wedding of Queen Mary and the future King George V. 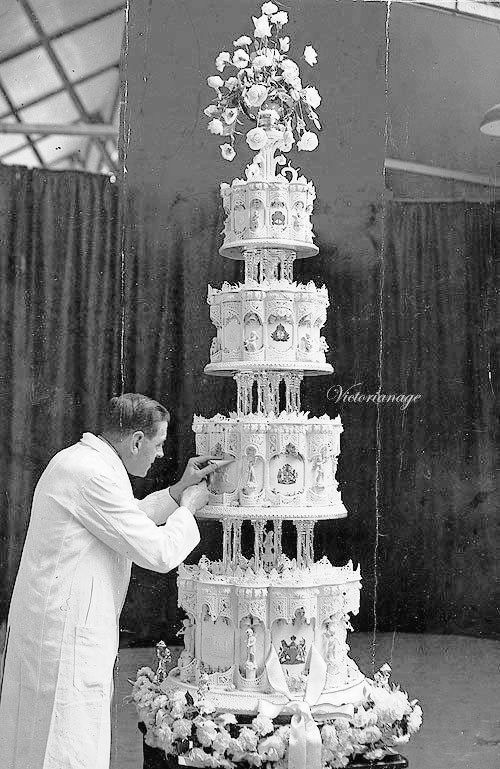 This royal connection continued throughout the 20th and 21st Centuries, with the company making the wedding cake for Princess Elizabeth and Philip Mountbatten in 1947. The Queen’s cake stood over 2.5 metres tall and with post-war food rationing still in place, the ingredients were sent as wedding presents from overseas, with pieces of the cake then being later distributed to hungry school children and institutions.

Prince William also explained back in March 2011 that he has chosen a ‘Groom’s Cake’ for his wedding reception that was made from 1,700 McVities Rich Tea biccies and over 17kg of chocolate! 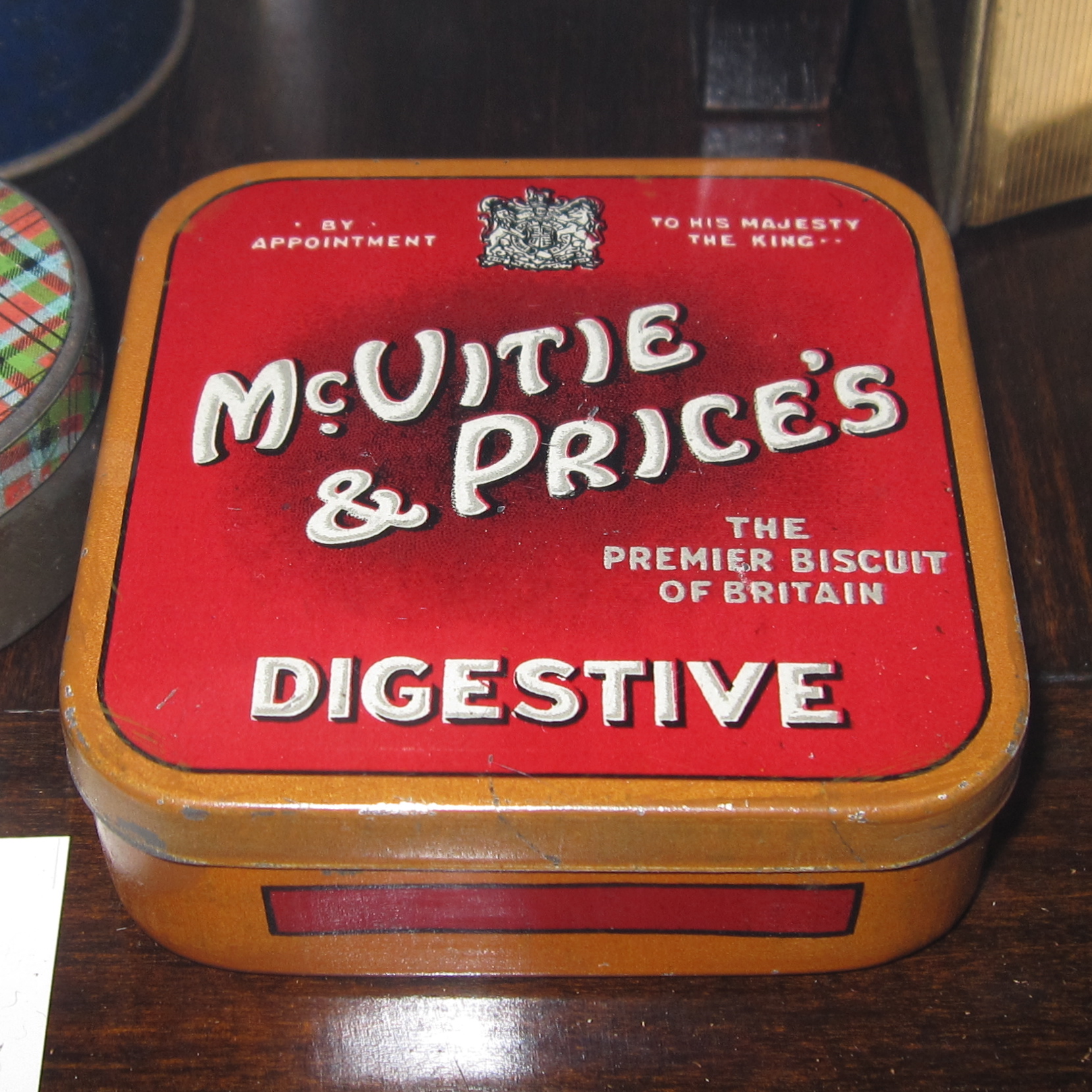 Back to the early 20th Century now and when the First World War hit in 1914, McVities were at the top of the list to produce rations for the troops stationed over in France and elsewhere, creating ‘Iron Ration’ biscuits for the soldier’s emergency rations. 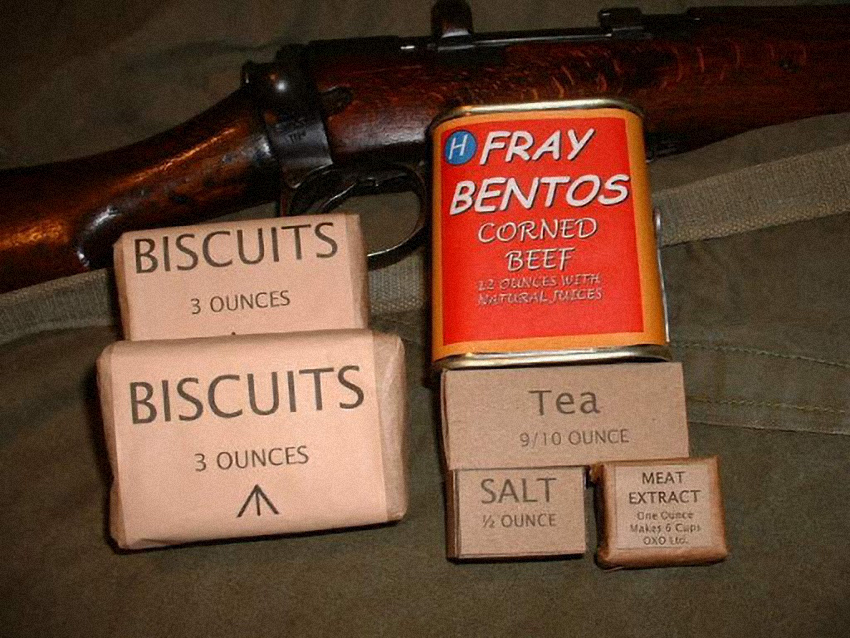 As the war dragged on, McVities opened up a brand-new factory in Manchester in 1917 to keep up with the demand, meaning they now had 3 factories in the UK, one in Edinburgh, one in Harlesden and the one we all know and love in Manchester.

After introducing the Jaffa Cake in the 20s and buying the Penguin off a biscuit manufacturer in Glasgow in the 30s, McVities were offering 370 different types of biscuit and cakes at the breakout of the Second World War, which was reduced to just 10 by 1945. 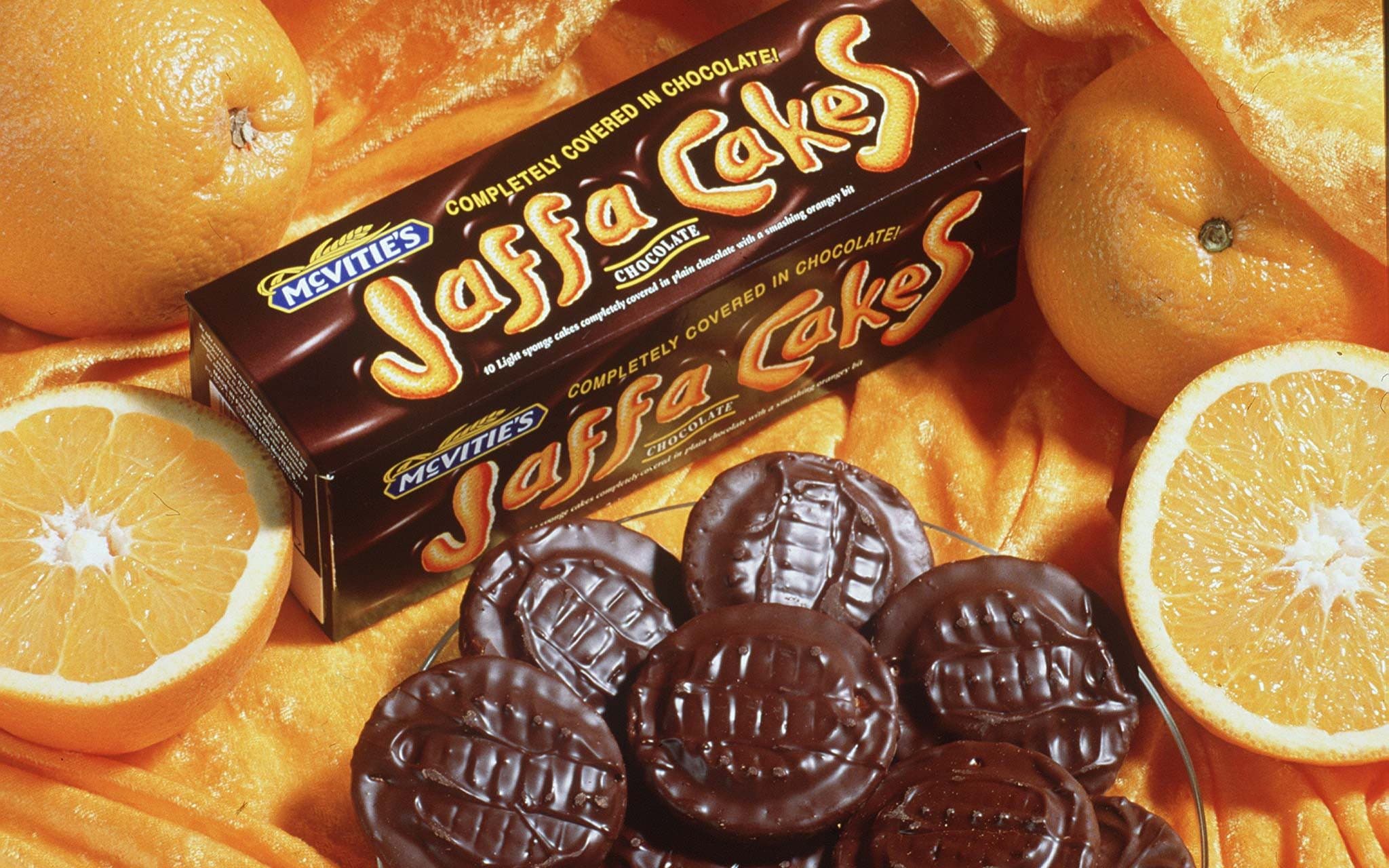 The Edinburgh factory was closed down in 1969, with production shifting to Manchester and Harlesden and then in the 80s McVities came up with the Hobnob – probably the greatest biscuit ever made, and continues to be to this day – especially the chocolate variety.

The last few years have seen some rather tumultuous times over at the McVities factory with a raft of redundancies in 2014 after they decided to vastly improve the automation of the factory and shift to having the machines on 12 hours a day for 7 days a week. 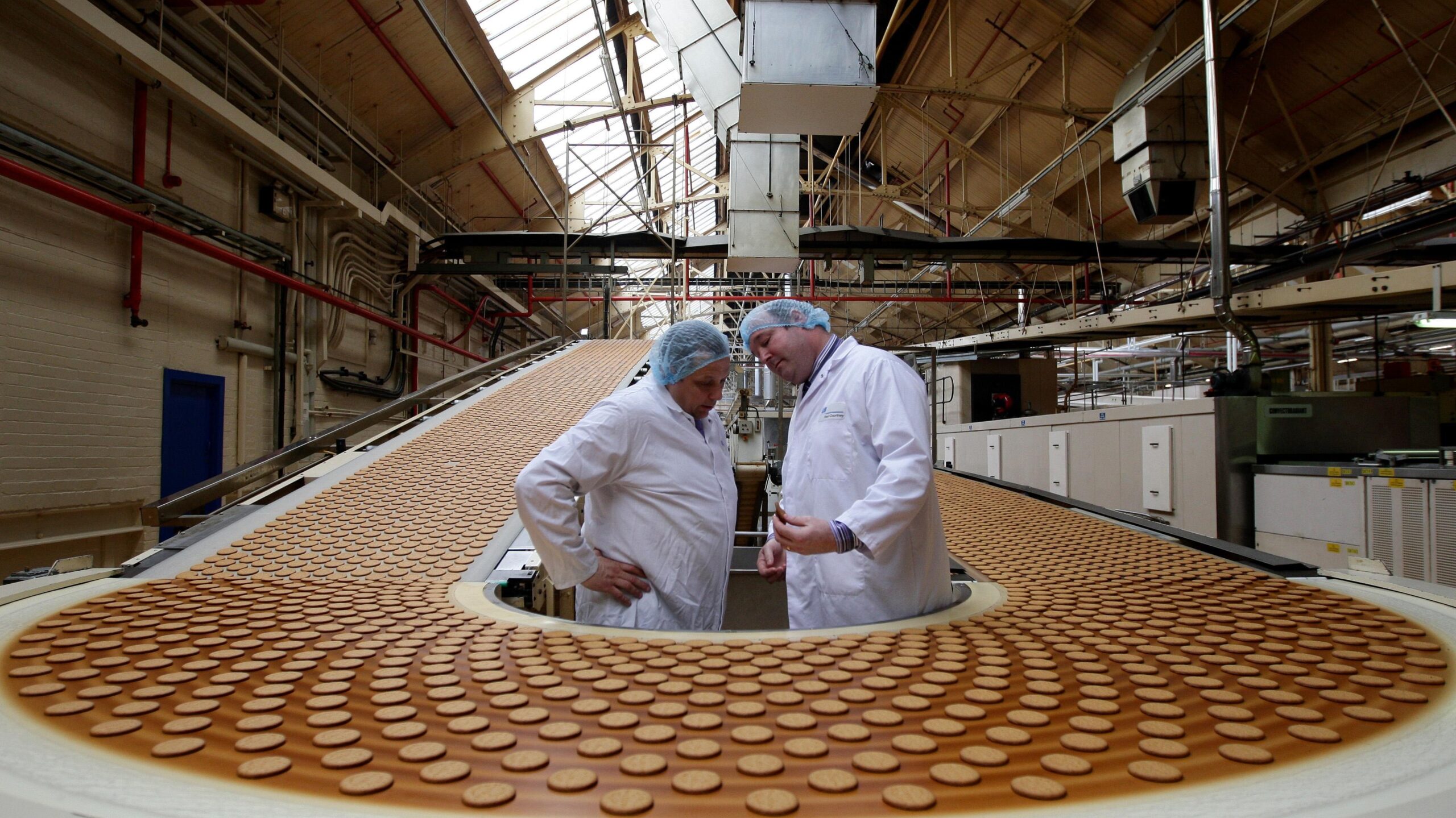 The same year also saw McVities, who were owned by United Biscuits by this point, become owned by a Turkish company – Yildiz, and then became part of ‘Pladis’ who also own Jacob’s Crackers, Twiglets, Carr’s and loads more.

So how many Jaffa Cakes do they make a minute at the factory on Wellington Road? 2,000. Meaning if they kept the Jaffa Cake machine on all day, they’d create 1.4 MILLION a day! If you like stats, they also make 60,000 tons of Caramel Digestives every year! 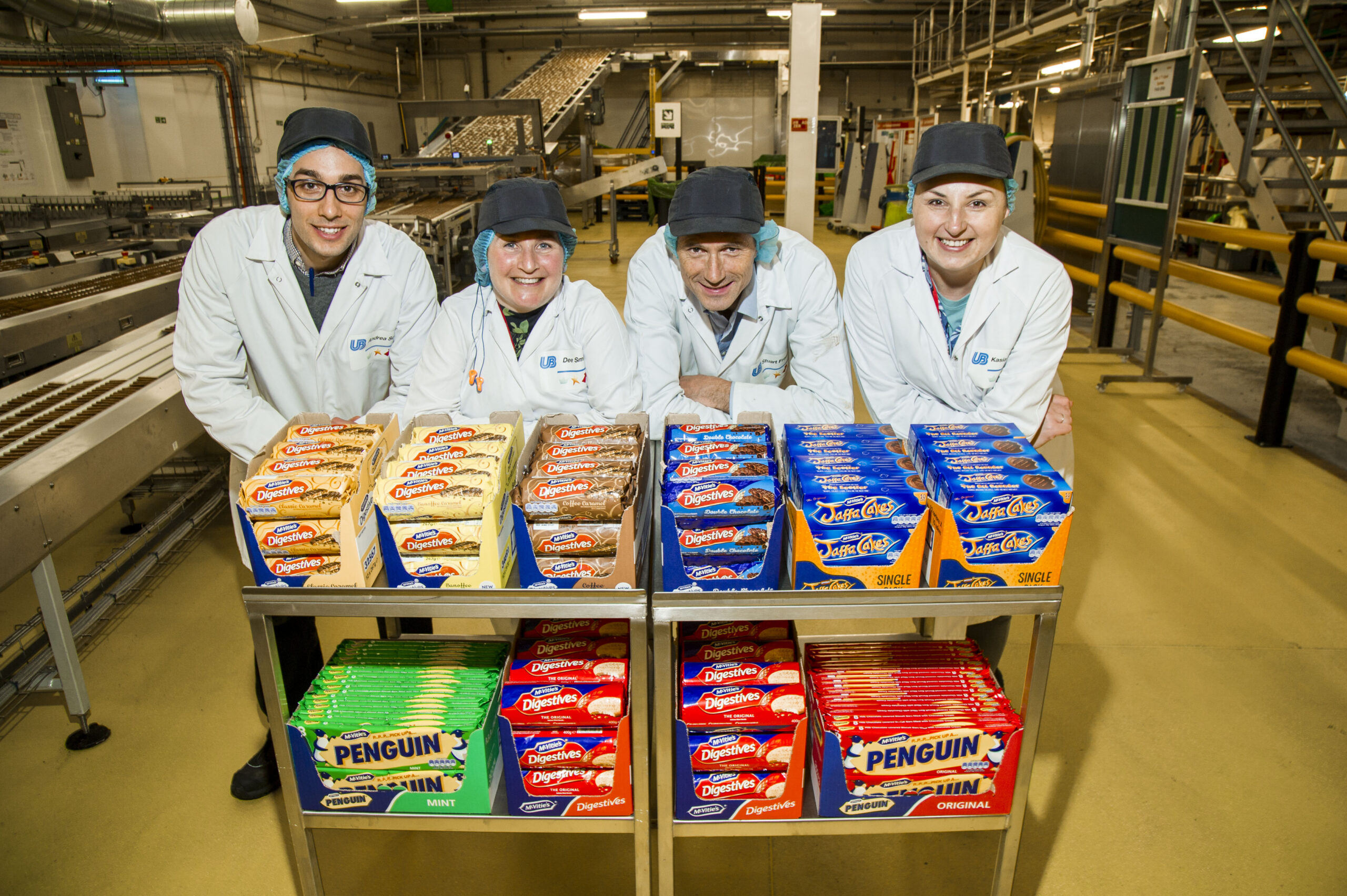 They also make Penguin bars in the Manchester factory, which were always the best chocolate biscuit to get in your school dinners as a kid. Not only did you get a joke on the packaging but they were also p…p…p…perfect for dipping into your yoghurt. (Sorry!)

Oh, and Tim Tams from Australia are just a blatant copy of the UK’s Penguin and therefore inferior and nowhere near as nice.