Made in Manchester: Sarson's Vinegar

Unless you live on one particular street in Middleton, you probably won't know this... 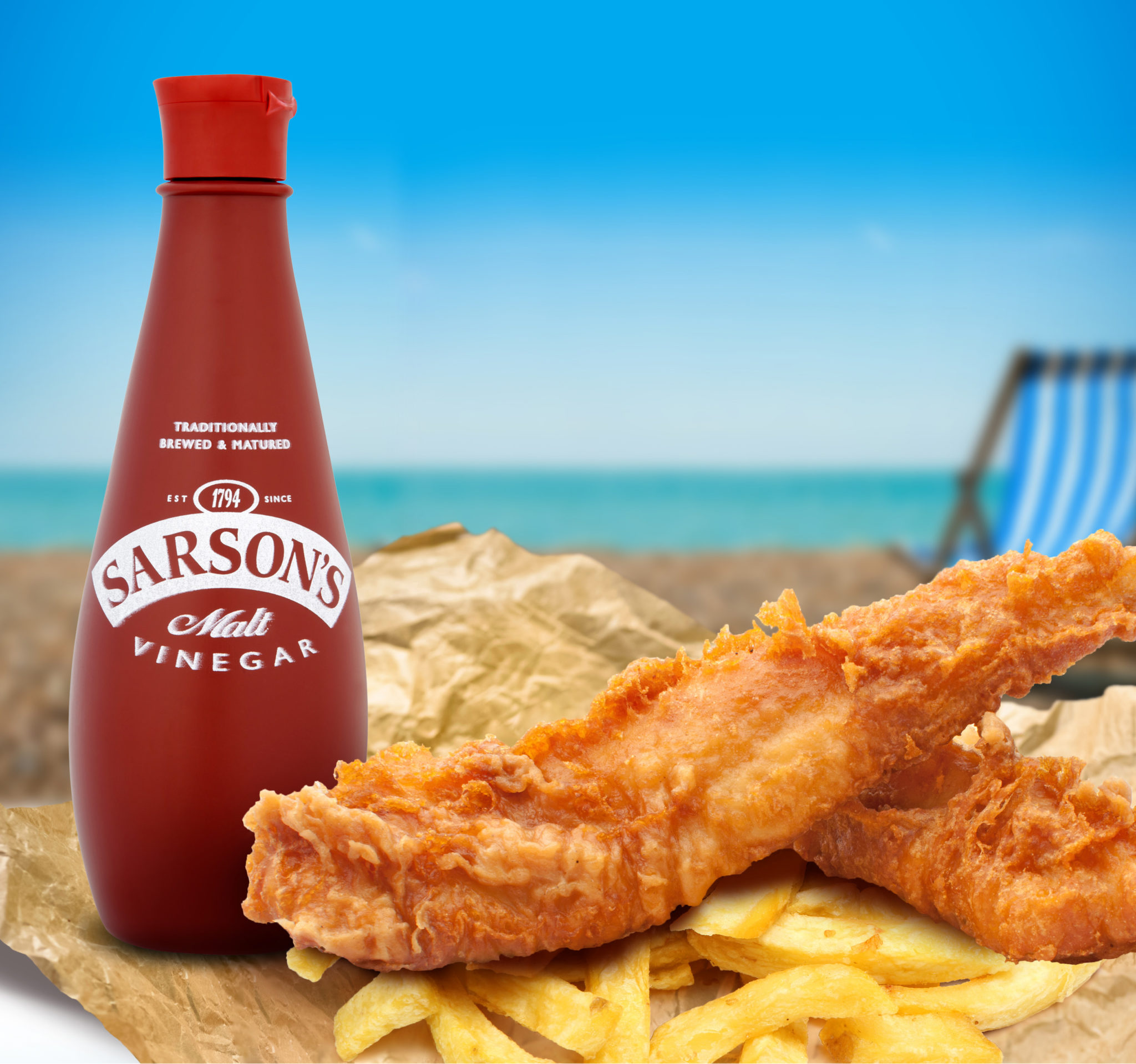 Yep, Sarson’s Vinegar – the saviour of chippy chips across the land is brewed, bottled and shipped out from a factory in Manchester, well, Middleton to be exact.

In a journey spanning 226 years and featuring a true rags-to-riches story, Sarson’s is now a household name, and sits proudly on the counters of thousands of chippies and kebab shops around the country. Here’s how they got to where they were and just exactly what they do in that factory in Middleton today.

Sarson’s have been producing vinegar the same way for over 220 years now, and when you drive (or walk) down Mills Hill Road, where the factory is located today, you get a strong whiff of that characteristic vinegar smell, one which manages to transport you back to when you were a kid and eating a cone of chips on the way back from school. I highly recommend it – it’s almost magical. 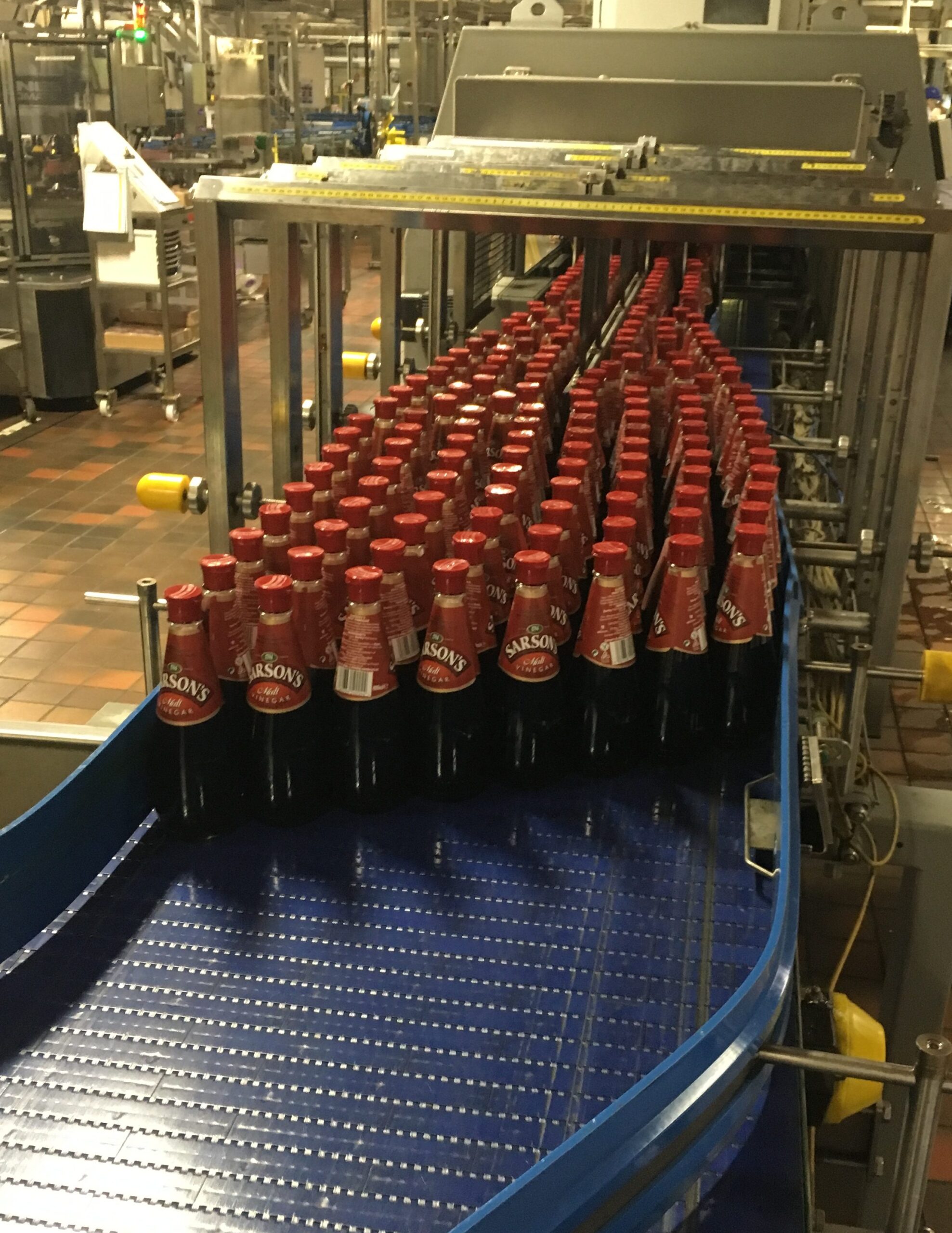 Okay, so ‘magical’ might be a bit strong, but vinegar certainly holds a firm place in many of our hearts – primarily because of its association with Fish & Chips but also pickling – something which was all the rage in the early parts of the 20th Century. In fact, before WWII, over 65 licenced vinegar breweries existed in the UK, but post-war – only one remained – Sarson’s.

The company was founded all the way back in 1794 by Thomas Sarson in Craven Street, London, although neither Thomas nor his son could ever really remember the exact date of when they started in the vinegar business.

The story goes that Thomas was in the carting business – lugging barrels of vinegar around for a major manufacturer at the time – Champion. When Champion broke the contract with Thomas and started carting their own barrels, Thomas decided to set up his own vinegar factory nearby. 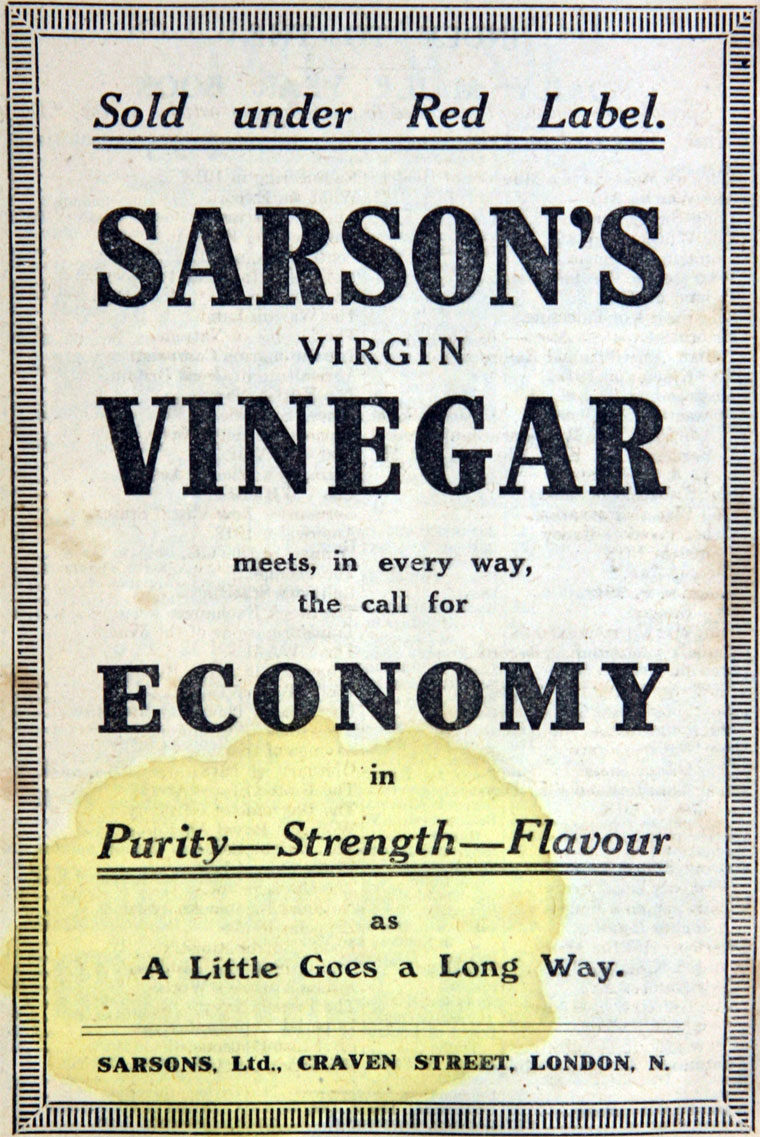 As they grew, the Sarson’s family moved into ‘malt’ vinegar (as we know it now) towards the end of the 19th Century and by this point they started marketing their product as Sarson’s Virgin Vinegar – a reference to the Biblical story of the Wise & Foolish Virgins and a nod to the purity of their product.

You see, at that time most companies added sulphuric acid to their product to shorten the fermentation period, but Sarson’s refused to do this. They also didn’t add caramel to darken their vinegar like most other brewers, meaning it was lighter in colour and therefore considered to be a ‘high quality’ vinegar. The posh stuff – like Waitrose own-brand today.

Through the first half of the 20th Century, vinegar was everywhere. It was in people’s homes, it was in their pantry pickling eggs and onions, it was on their chips, it was getting rid of nits, it was cleaning up their homes – it was the Golden Age for anything vinegar-related, and against this backdrop Sarson’s was acquired, merged and tossed around the business world like a soggy chip. 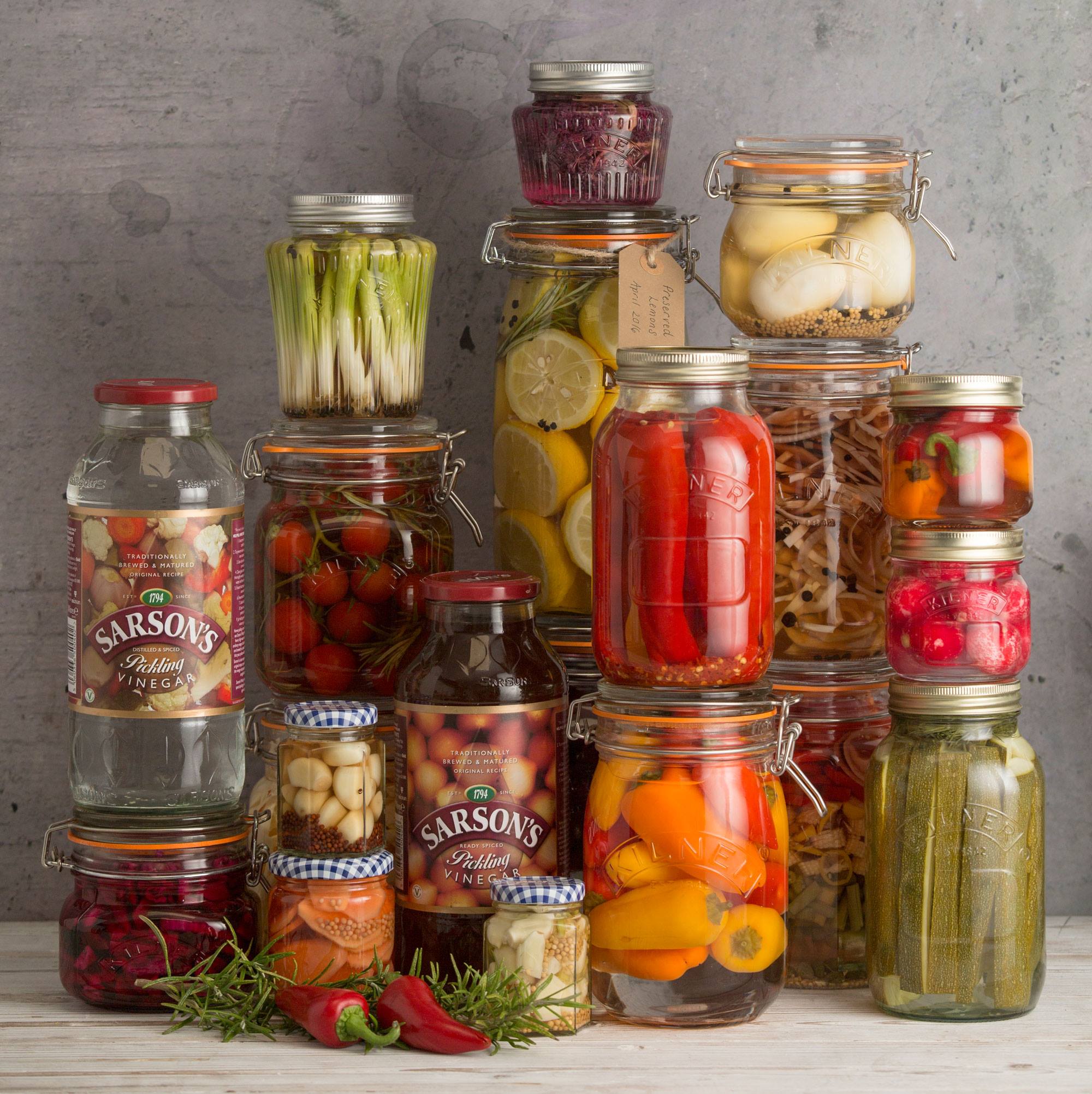 By 1968, Sarson’s was owned by ‘British Vinegar’ and moved into an old Co-op Factory in Middleton. Since then all other subsequent factories in the UK have been closed or relocated up north, meaning wherever you get your vinegar – it’ll have been brewed and bottled in Manchester.

After all of this talk of vinegar though, I bet you still have no idea how it’s made or even what it is. I certainly didn’t before writing this, and if I’m being entirely honest – I’m still not 100% sure about it all. 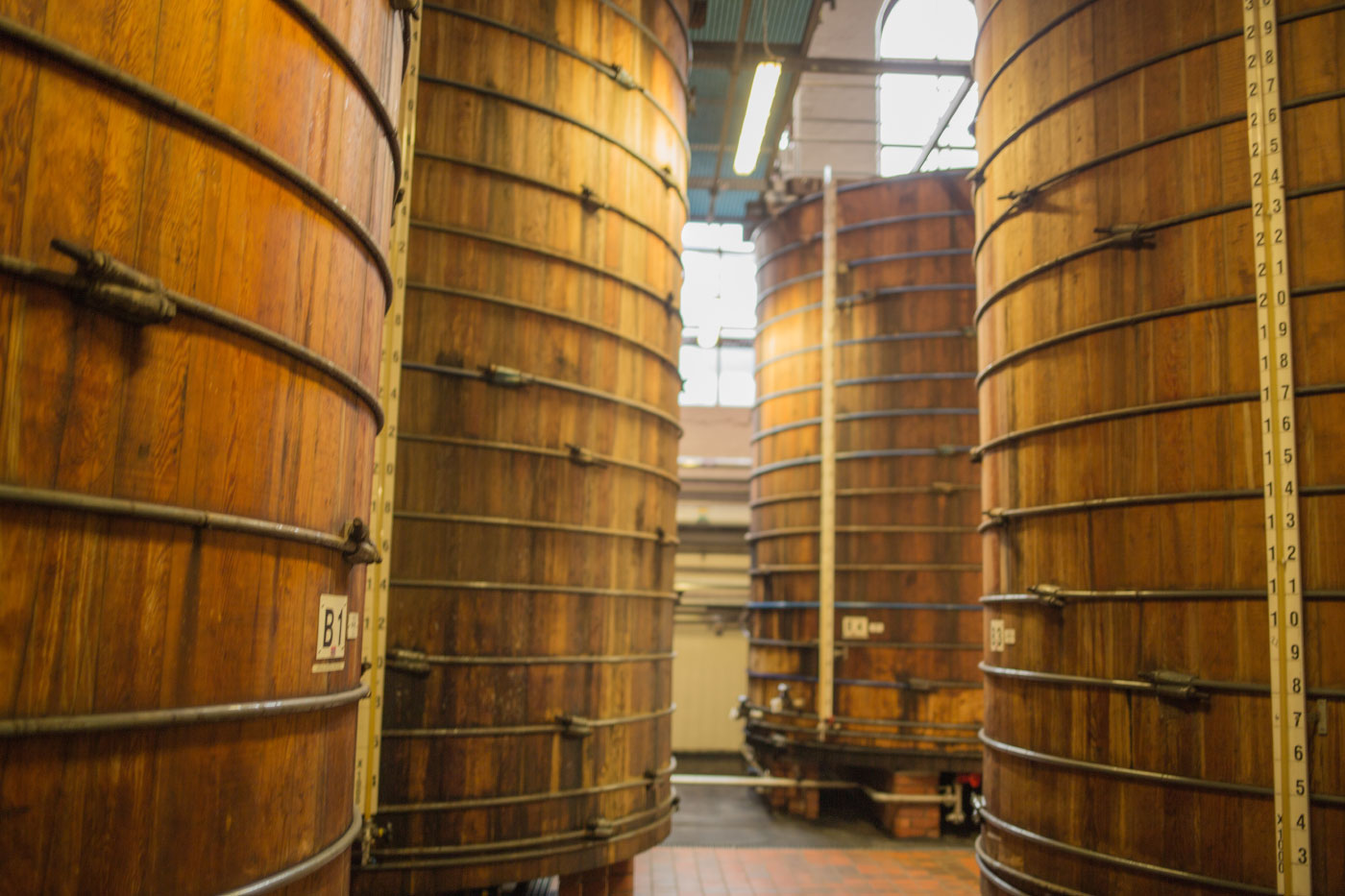 In the simplest terms, vinegar production is pretty much exactly the same as alcoholic fermentation – and it’s quite safe to assume that the two would have been discovered around the same time many, many years ago.

In fact, Egyptian vinegar was in high esteem during their heyday, and there’s even a well-known story of Cleopatra drinking pearls that have been dissolved in vinegar – no wonder she snuffed it before she reached 40. 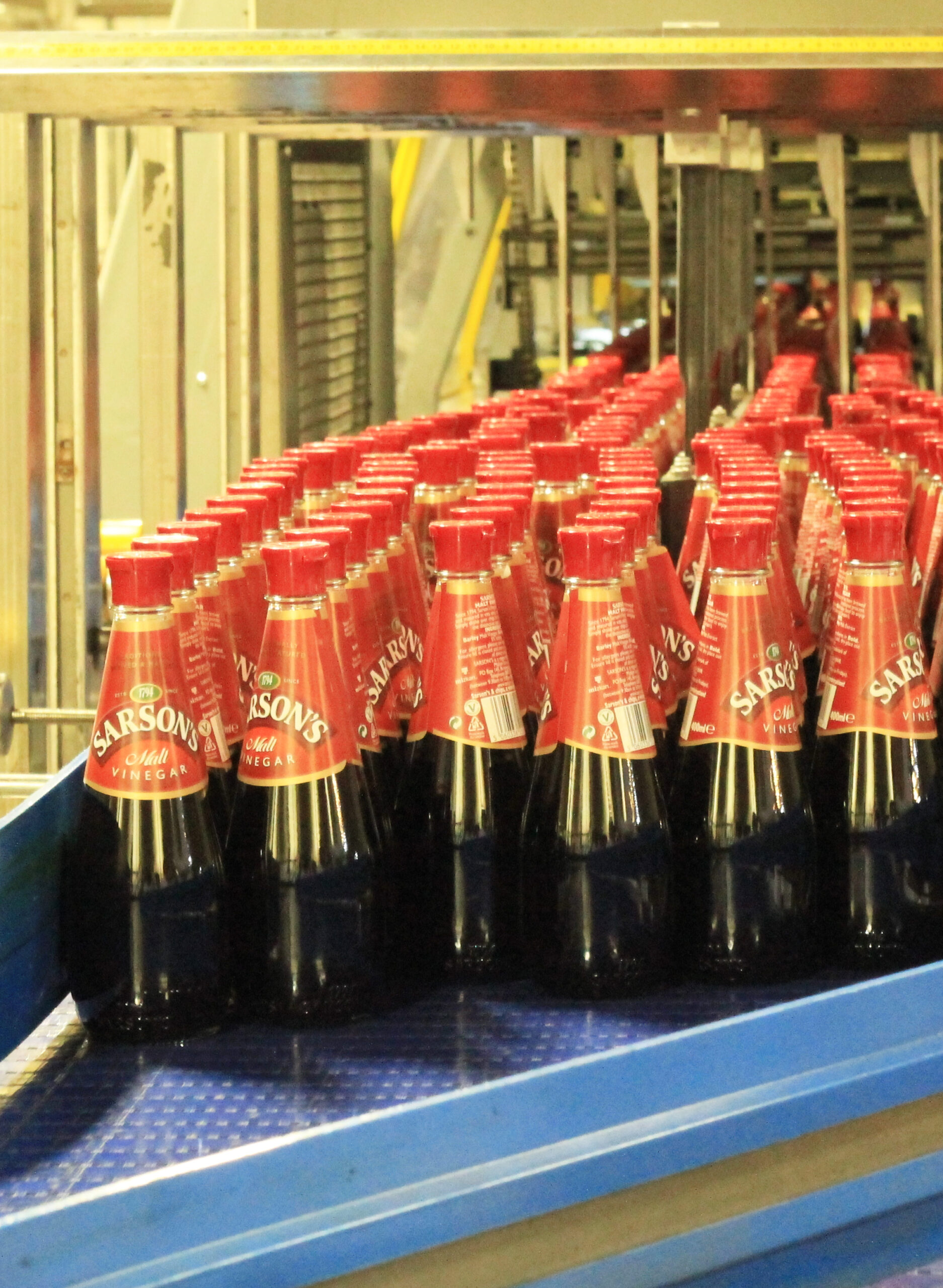 Basically, vinegar can be made out of practically any alcoholic raw material – beer, wine, spirits and cider – which was why many areas that were known for producing booze, also became synonymous with vinegar production too.

Actually, I’ve just read a detailed description of how vinegar is made and it’s given me a headache, so the best solution is to watch this handy video, made by Sarson’s themselves…

It’s at this point where I should point out that a few years back a fella on YouTube uncovered the fact that most ‘vinegar’ in fish and chips shops is in fact FAKE and is just a ‘non-brewed condiment with colour’ and not actually real vinegar. The only ‘real’ stuff you’re going to find is in your Sarson’s bottle – so when you’re in a chippy – insist on seeing the bottle.

So next time you’re in the chippy, buying up a massive cod, chips and mushy peas, think about all of those grafters in the Sarson’s factory over in Middleton – and the hard work that’s gone into every squirt. In fact, give it another squirt on your chips as a thank you – you know it makes sense.