Manchester Arena Attack: How the City will Commemorate the Fifth Anniversary this Weekend

A number of events will be taking place in the city centre throughout the day. 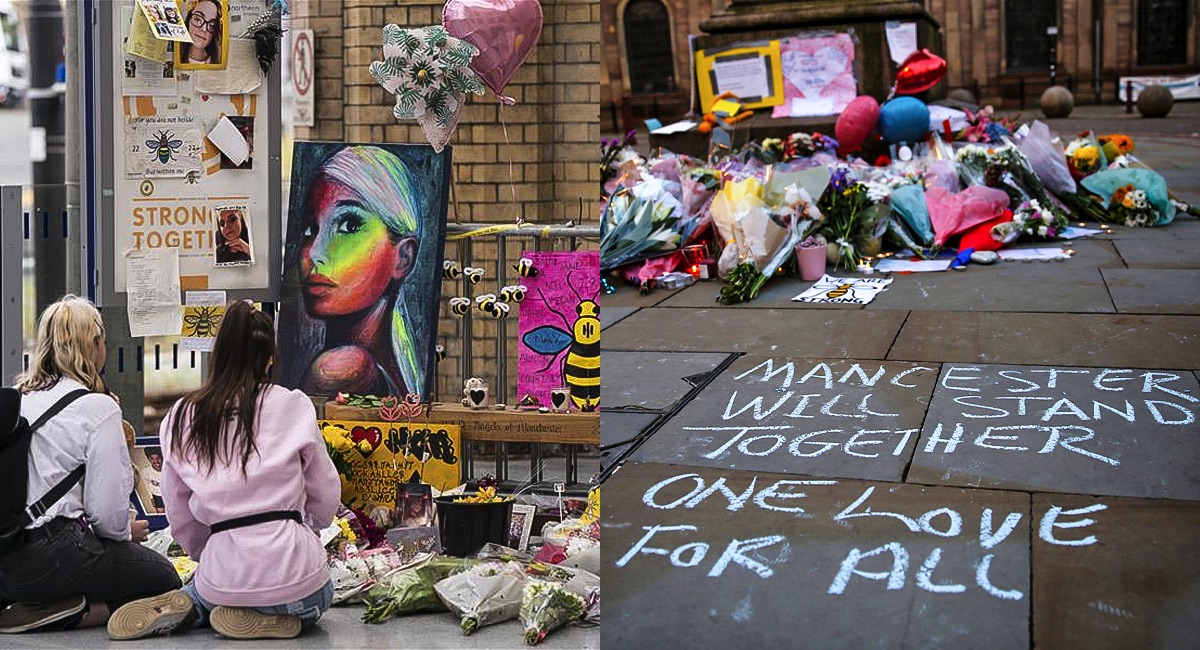 On Monday 22nd May 2017, twenty-two innocent people lost their lives in the UK’s worst terrorist attack since the 7/7 bombings.

To mark five years since the tragedy, Manchester is preparing for a line-up of commemorative and remembrance events across the city. Here’s a full list of events taking place this Sunday 22nd May… 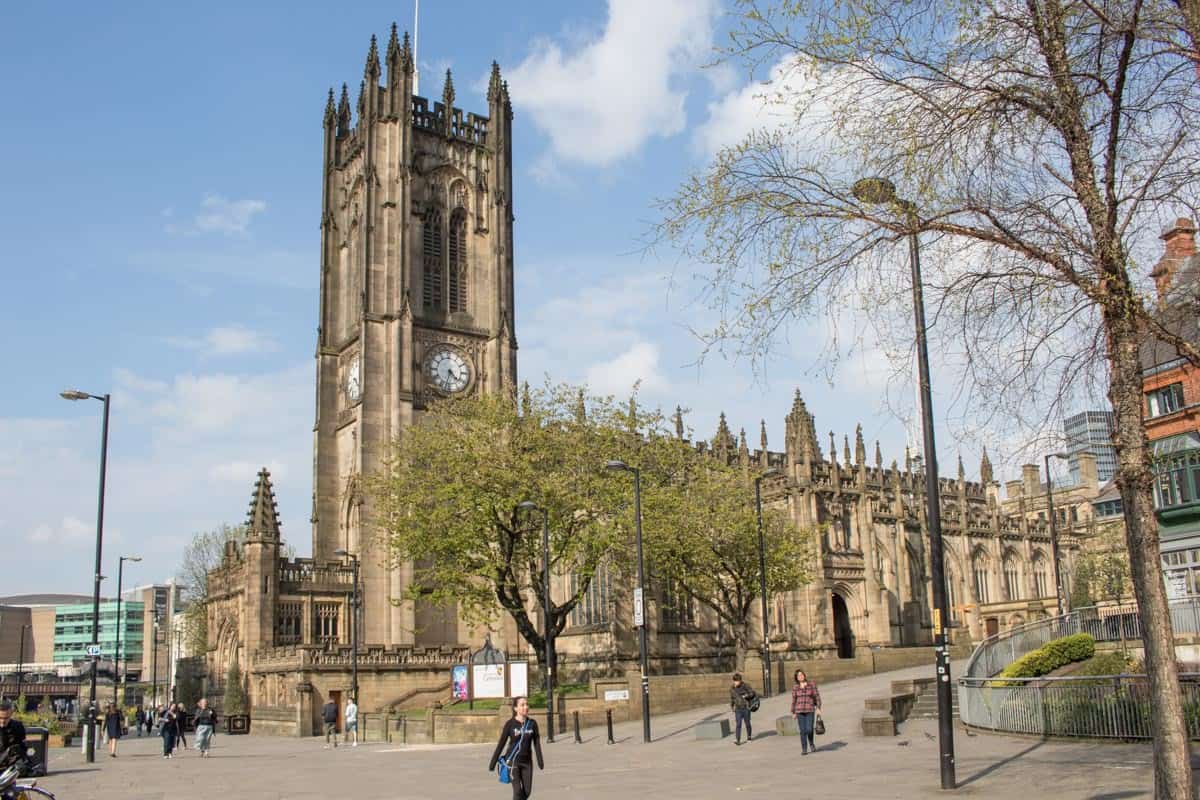 Candlelit Vigils at Manchester Cathedral
Manchester Cathedral will be hosting a number of sessions throughout the day, all of which include prayers, moments of silence and candle lighting. The Lord Mayor of Manchester will attend the 5.30pm prayers and will lay flowers on the Glade of Light afterwards on behalf of the city. Sessions will take place at 8.45am, 10.30am and 5.30pm, while bells will ring at 10.31pm to mark the exact moment the bombing took place. 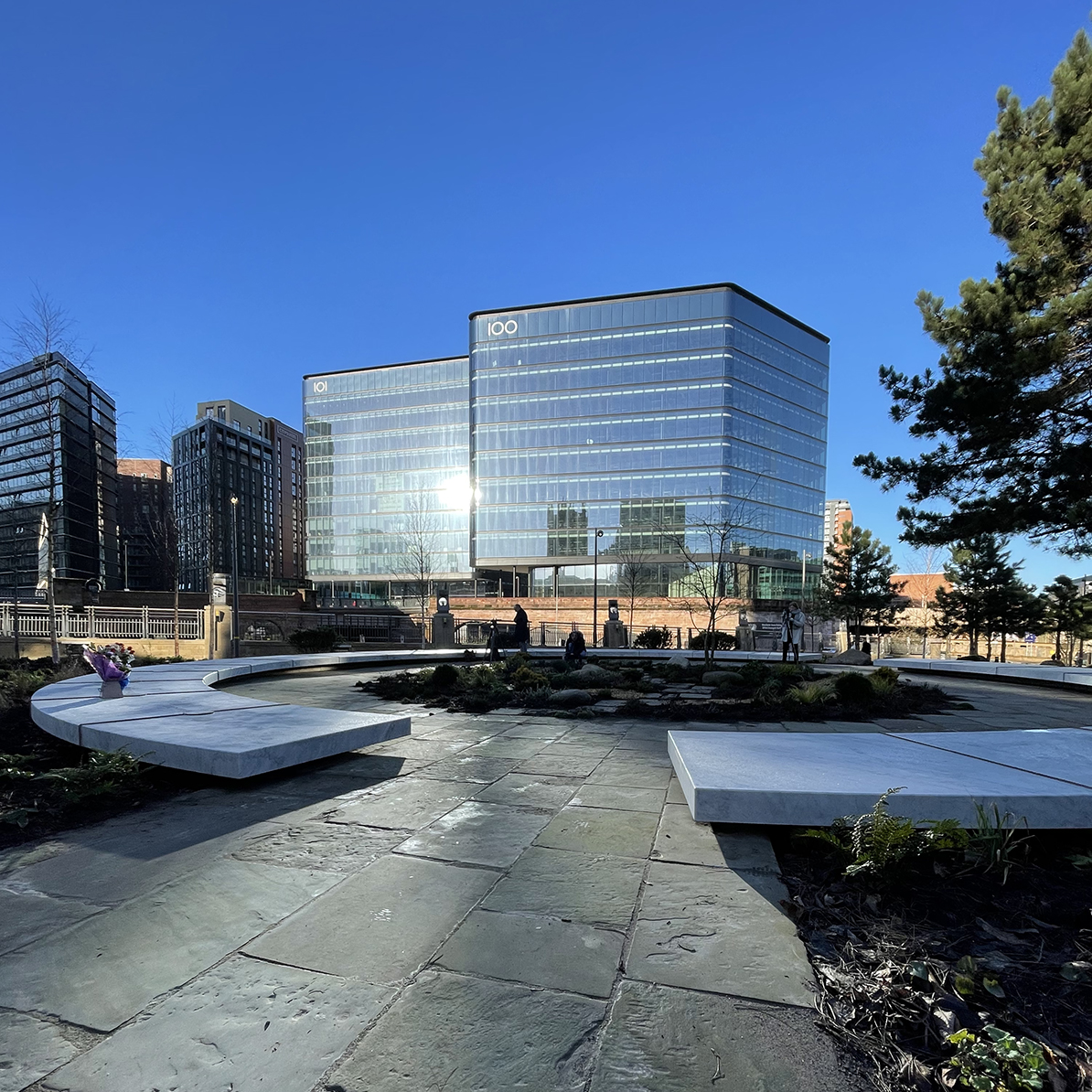 Glade of Light Memorial
The Glade of Light memorial, which was officially opened by Prince William and Kate Middleton last week, will offer people a place to pay their respects. On the white marble ‘halo’ of the memorial, the names of the twenty-two victims of the attack are engraved, while personalised ‘memory capsules’ with letters and messages written by the bereaved families are embedded beneath. 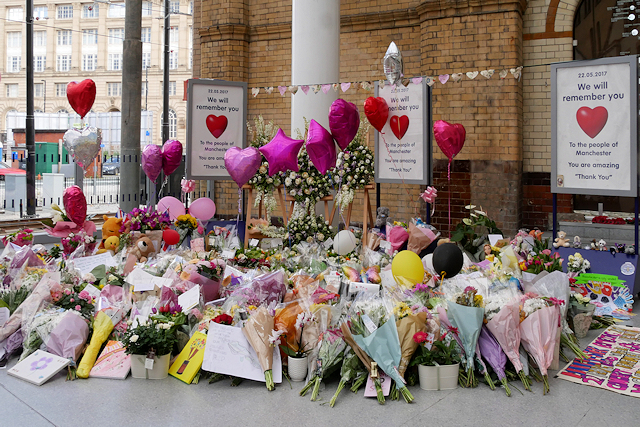 Tributes at Victoria Station
Tributes will be taking place at Victoria Station below the foyer, where the attack took place five years ago. People will be given the chance to lay flowers and sign a memory book to commemorate the day with any thoughts, feelings or memories of the event. Moments of silence will be held at 12pm and 10.31pm, while the station announcer will read out the names of those who lost their lives. The railway chaplain will also read a number of prayers. 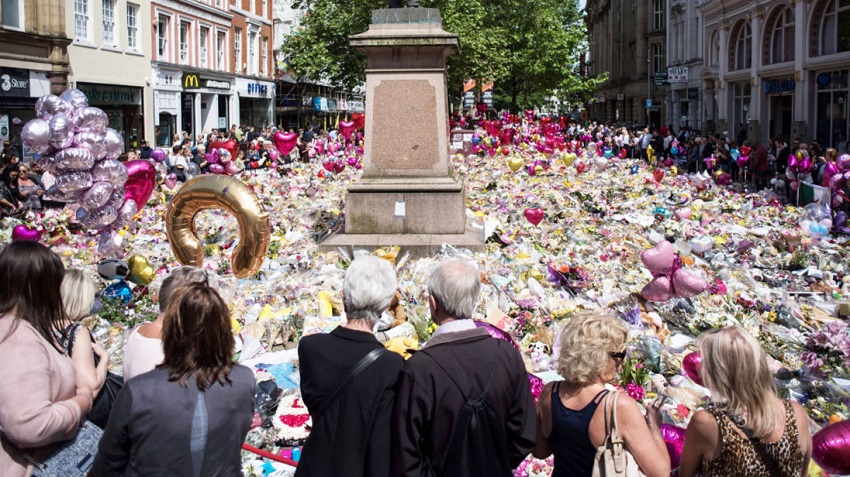 People gather to see flowers and messages of support in St Ann’s Square in Manchester, northwest England on May 31, 2017, placed in tribute to the victims of the May 22 terror attack at the Manchester Arena. / AFP PHOTO / OLI SCARFF (Photo credit should read OLI SCARFF/AFP/Getty Images) 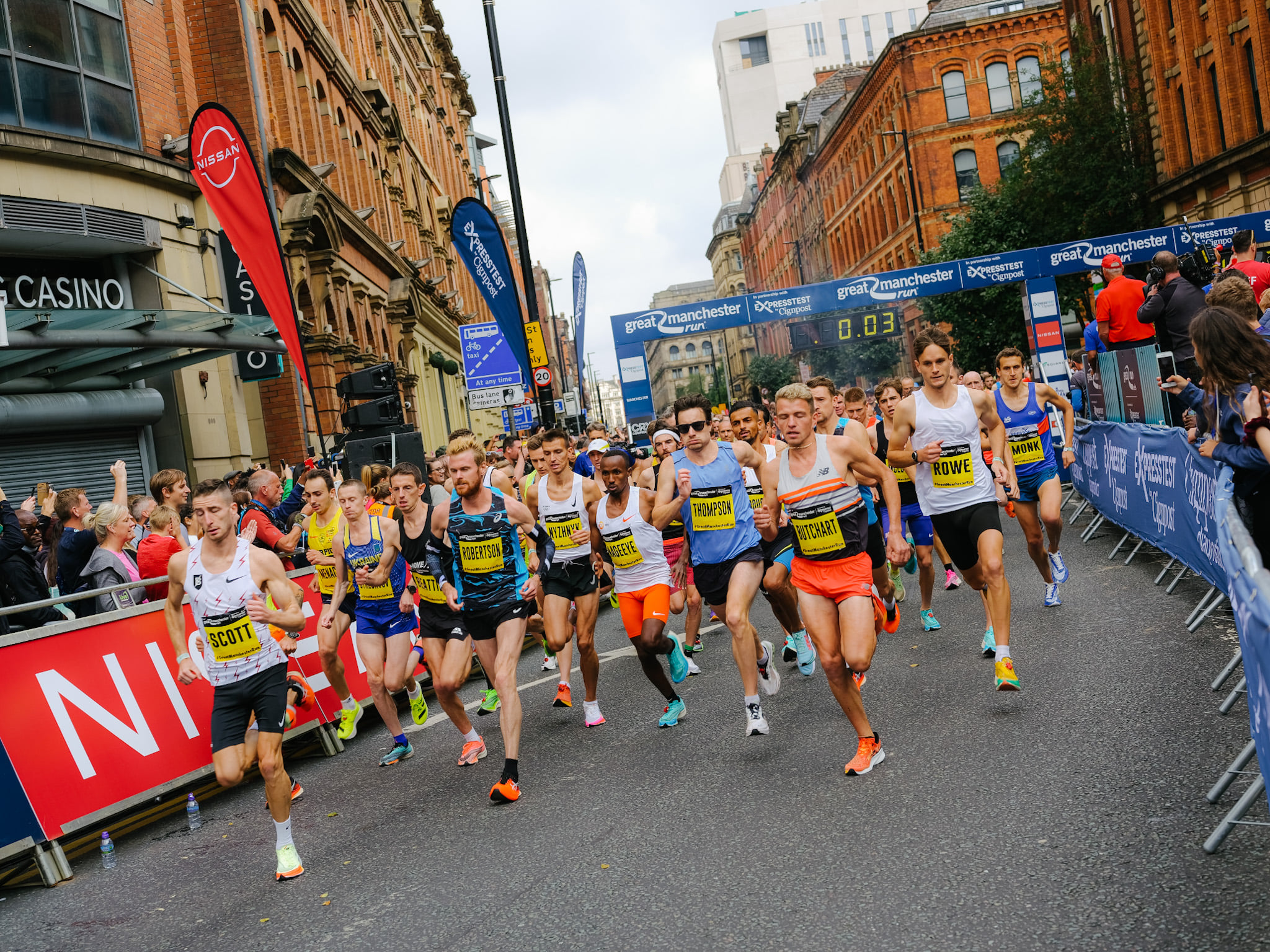 Councillor Bev Craig, Leader of Manchester City Council, said: “22nd May 2017 is one of the darkest days in this city’s history. It’s hard to believe that five years has passed since those terrible events.

“But nor should we forget the remarkable spirit shown in the aftermath of the attack as the city came together in solidarity, compassion and a refusal to give in to hatred and fear. Love proved stronger.”