Manchester Day is BACK for 2022 after a 2-year absence

The city's favourite day of the year set to return this year... 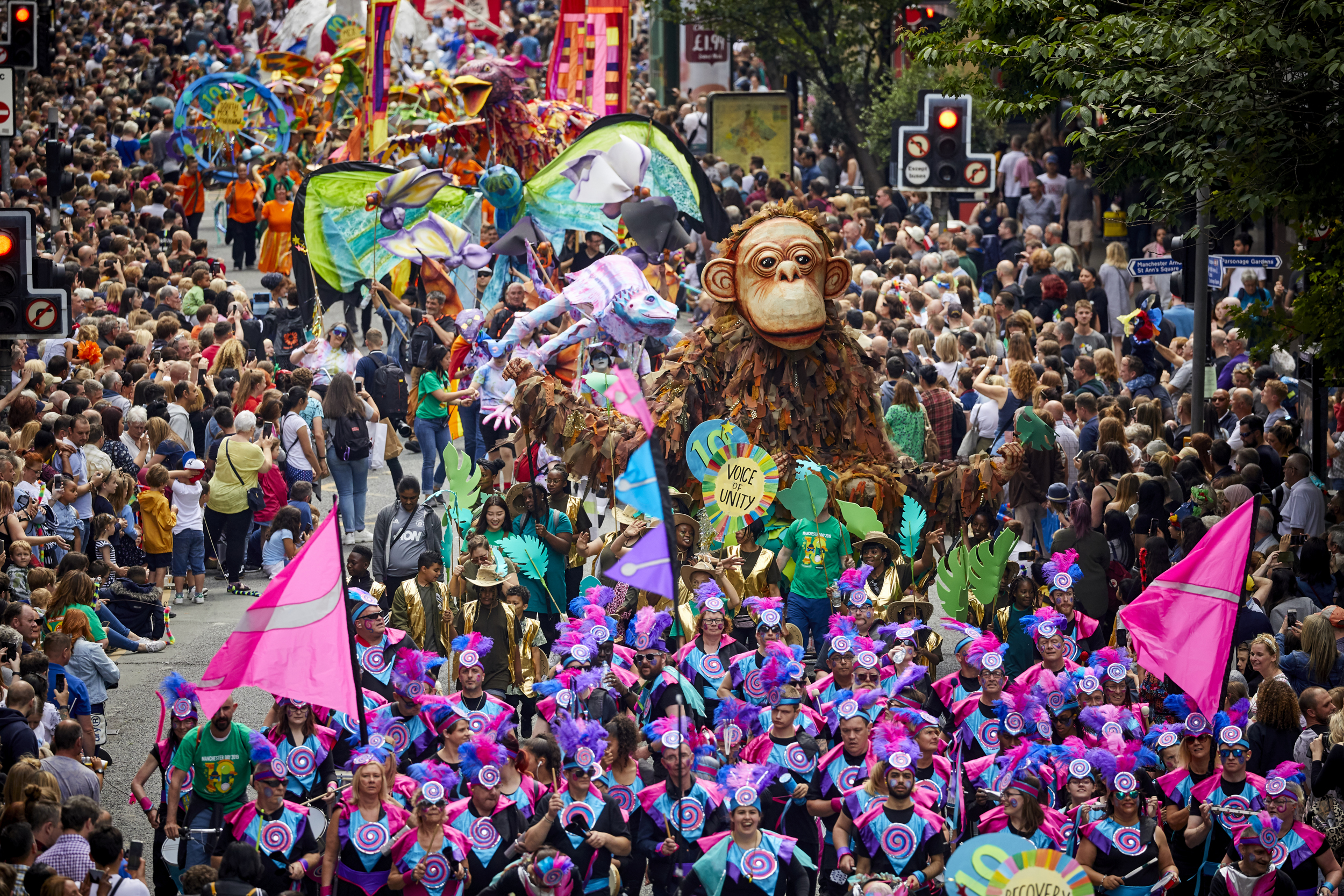 After a two-year absence due to Covid, Manchester Day is back for 2022 and promises to be bigger and better than ever before.

The countdown is now officially on for the day-long celebration of Manchester, its people, and of all things Mancunian which will take place this year on Sunday 19th June, and will include once again the legendary Manchester Day Parade which will weave its way through the city’s streets.

Back for its first outing since the last Manchester Day was held pre-Covid in 2019, the spotlight for this year’s big return of the city’s much-loved free event will be fixed firmly on children and young people. 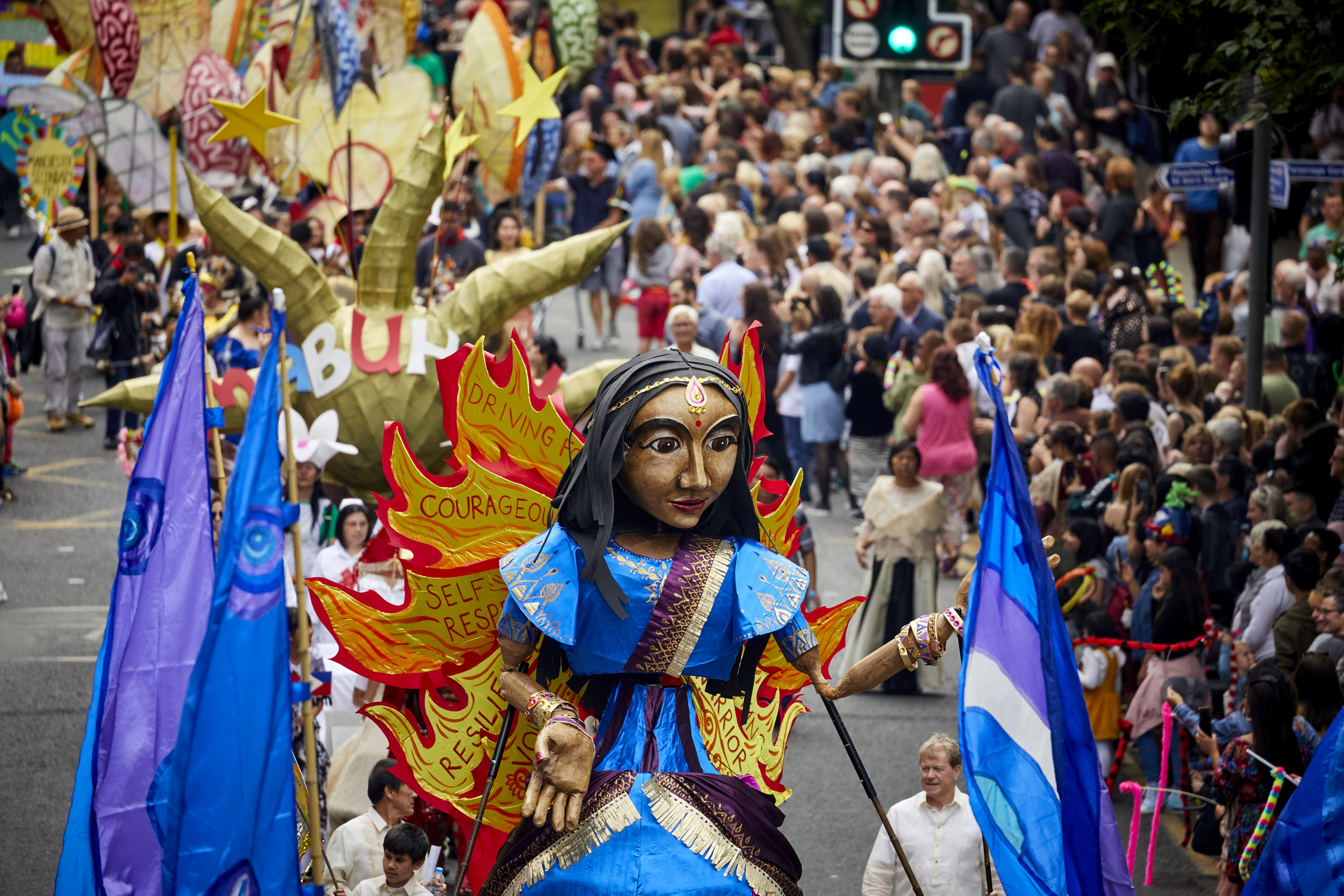 Manchester Day revellers will delight in a kaleidoscope of colour, sound and culture as youth and community groups from across the city join in the famous parade that has become the highlight of the day.

As always, music and dance will also spill over into the city centre squares for a full afternoon of family entertainment, food and drink – all of which will be revealed in the coming weeks.

Anyone can be part of Manchester Day, and the callout is now on for youth groups, community groups, volunteers, and anyone else who wants to take part. 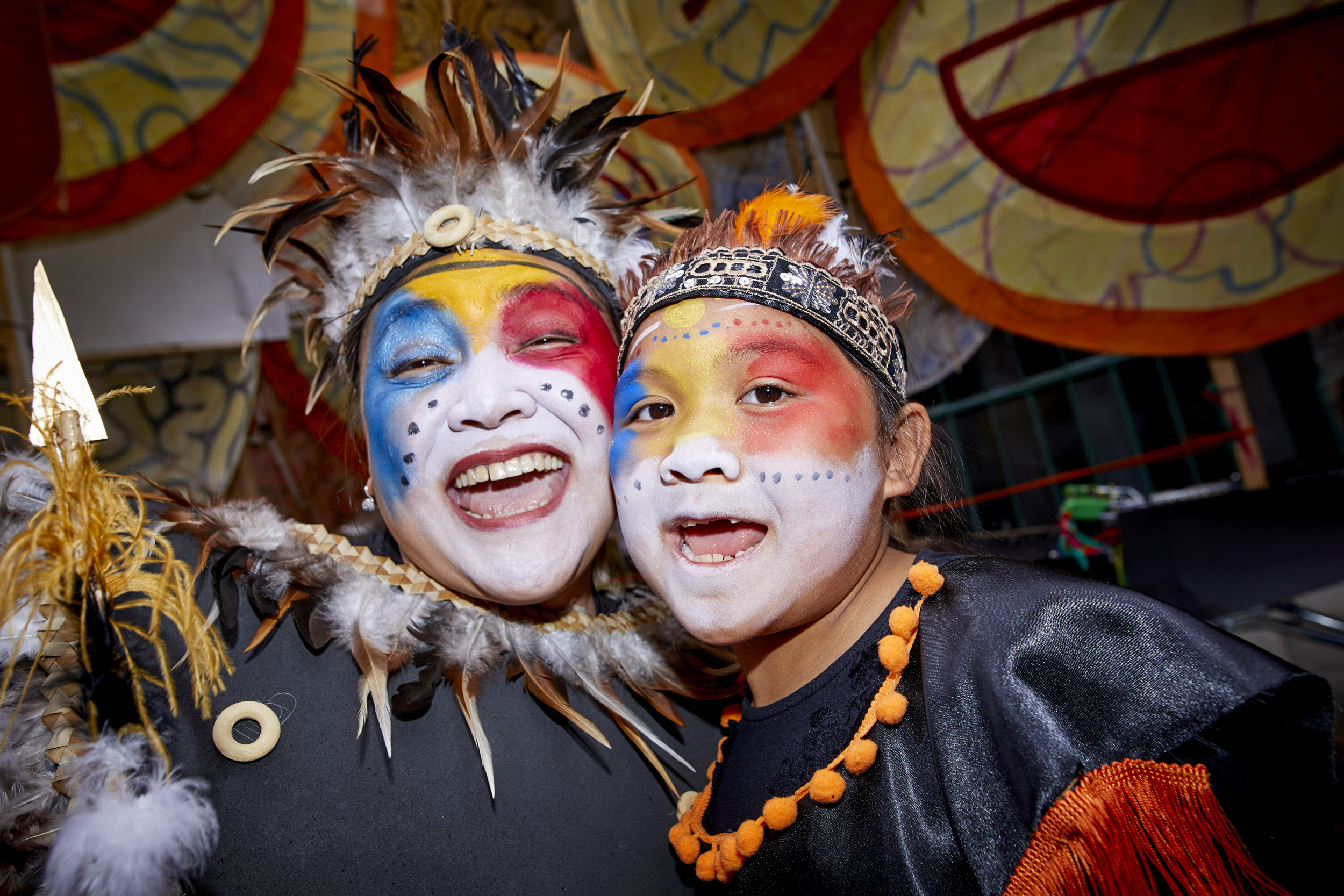 There are lots of different ways people can take part – whether that’s working with a professional artist to turn their creative idea into one of the amazing creations for the parade; joining a pop-up workshop and working with others to make something spectacular; bringing their own colourful costumes or traditional cultural dress to dance, strut or style their way along the streets as part of the parade; or getting involved in volunteering opportunities both on the day and in the lead up to the event.

Councillor Pat Karney, Chair of Manchester Day, said: “What a long three years it has been! We never dreamt as the sun set on Manchester Day in 2019 that it would be another three years before we would be able to get together and celebrate our wonderful city again.

“Absence really does make the heart grow fonder though and we’ve already had a fantastic response to our call-out for community and youth groups to get involved. 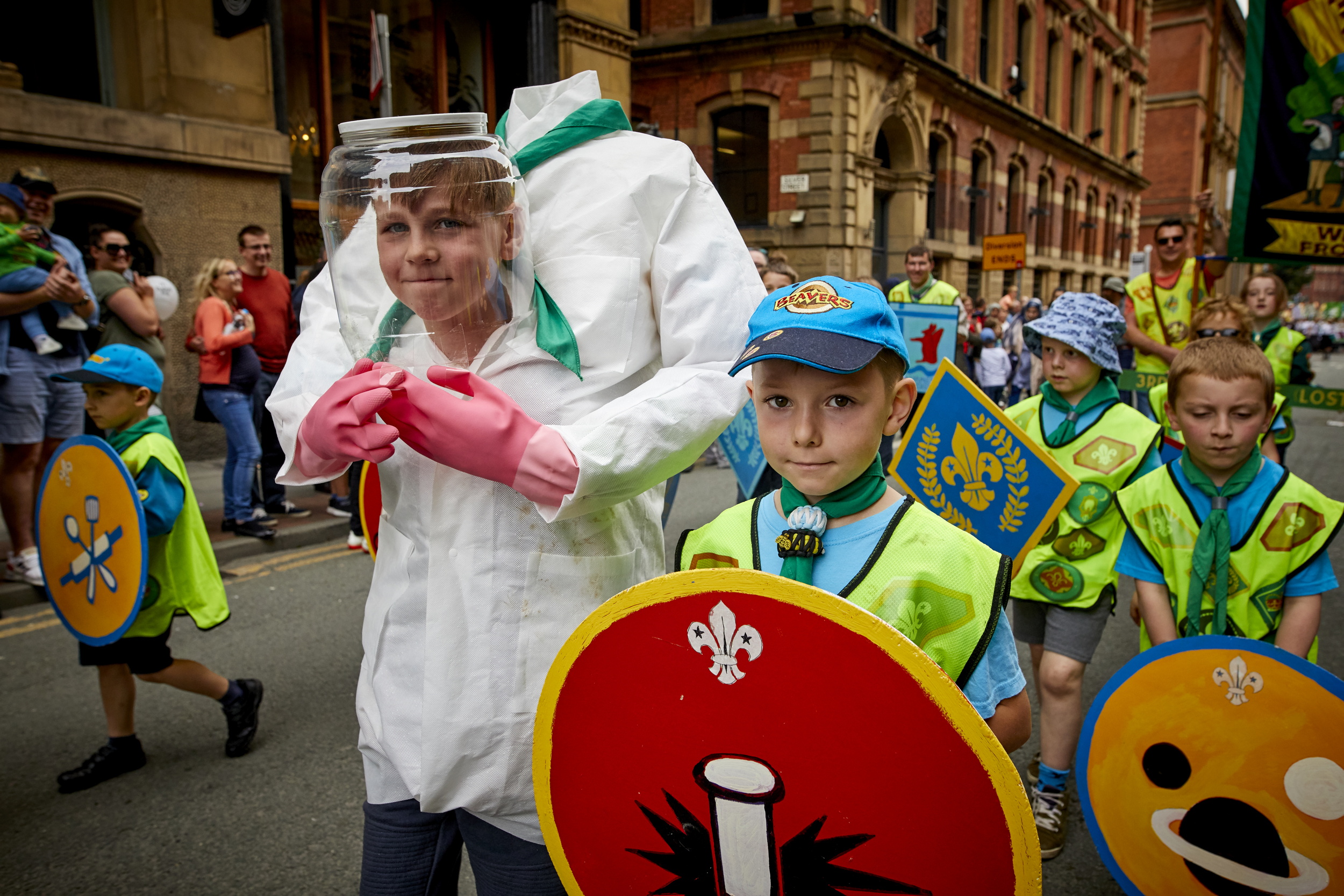 “We’re dedicating Manchester Day this year to the city’s children and young people who have missed out on so much during the pandemic. It’s been a really tough couple of years for them, and we’re determined to help them smile again and have some fun.

“The return of Manchester Day is a chance for everyone to show the world what Manchester is made of and celebrate kicking Covid good-bye in true Mancunian style.

The huge task of creating all the amazing artworks, costumes, and props for what promises to be a spectacular return to the streets for the Manchester Day Parade begins now, and will once again be overseen by award-winning arts organisation, Walk the Plank.

Hundreds of participants and volunteers from local communities will spend the next few months working with local artists to help bring Manchester Day to life. 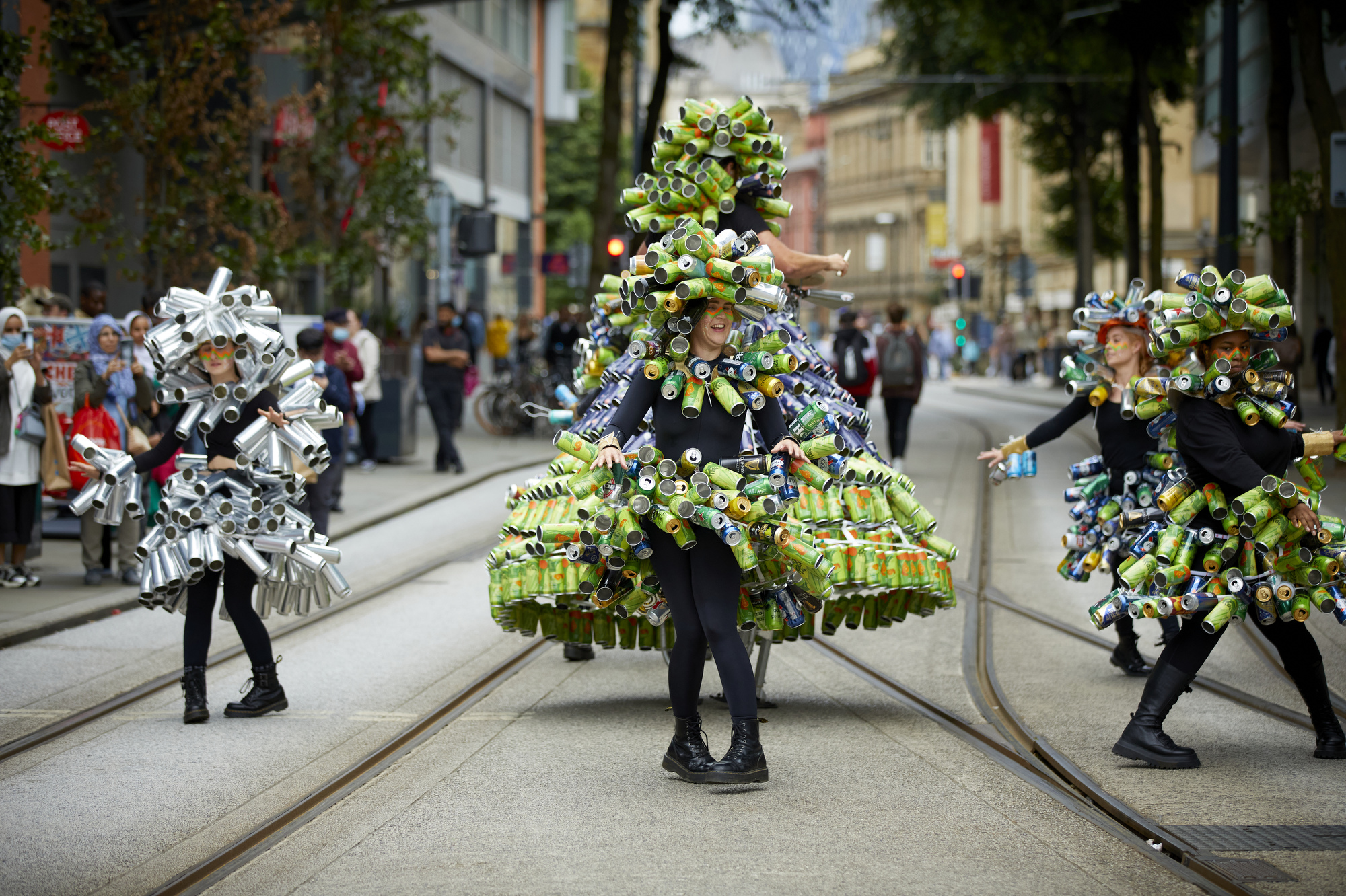 Liz Pugh, Creative Producer of Walk the Plank, said: “We’re particularly excited to see how children and young people want to shape the future of the city, and how that might be reflected in the sections of the Parade. We know the impact of climate change is a big issue for them, and that will feature in some of the floats. And there’s always great dance from some of the street crews, along with some of Manchester’s best loved music.”

As always, Manchester Day strives to limit its carbon footprint and impact on the planet. Sustainability is key to the event which aims to be as green as it can be, recycling materials as much as possible, limiting waste and training participating teams in carbon literacy. Fossil-fuelled vehicles are banned from the parade which instead harnesses people power and embraces structures that can be pushed, pulled, wheeled, or walked.

Councillor Pat Karney said: “It’s fantastic to be bringing Manchester Day back to the city’s streets again and this year we’re determined to make sure the event is greener than ever as the city works hard towards becoming zero carbon by 2038. 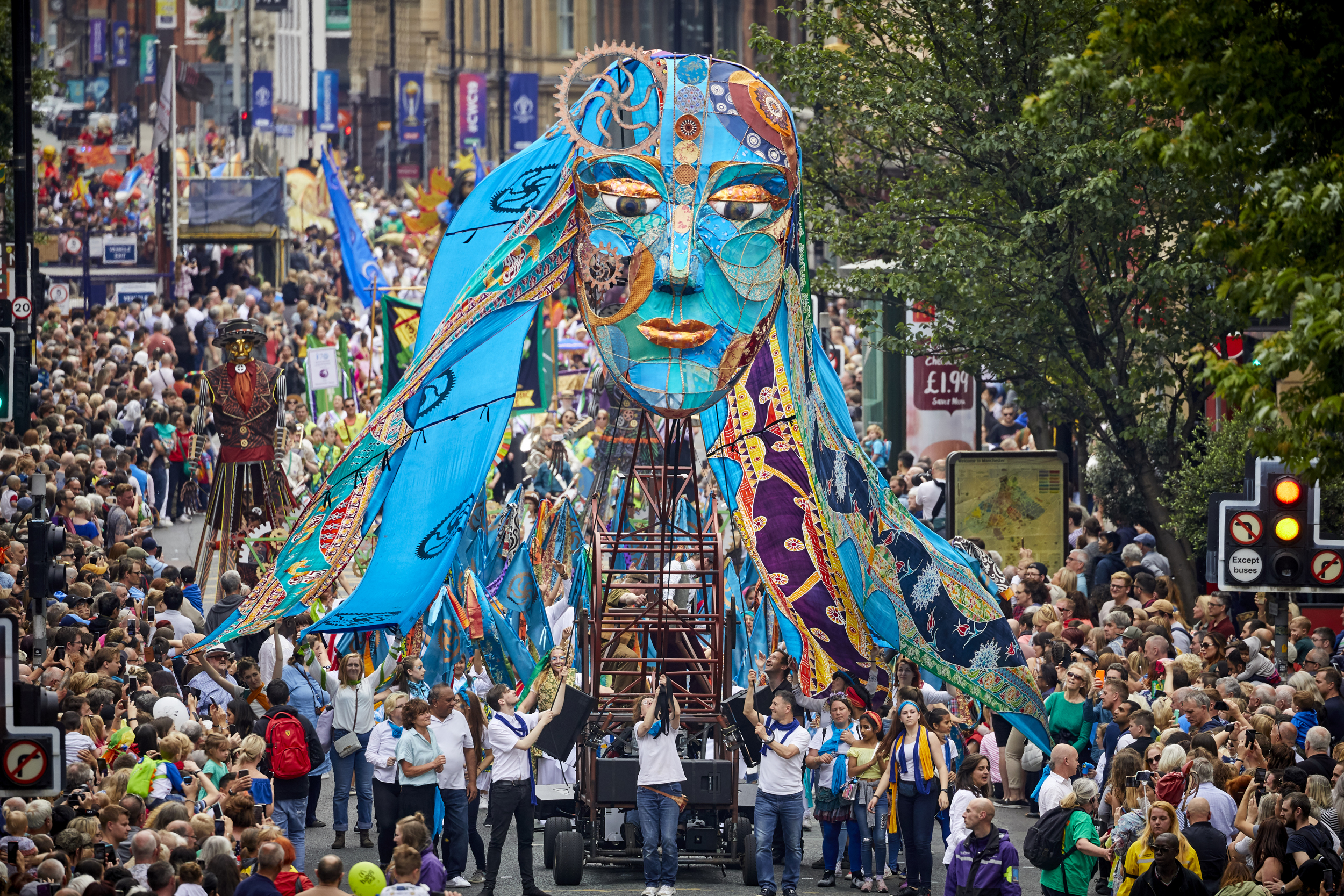 “We’re going to be pulling out all the stops to make sure the day plays its part in this and to help ensure generations of children and young people will still be able to celebrate Manchester Day many years from now.”

The callout for any youth or community groups who want to take part in the parade and workshops closes on February 11th.

To express an interest in taking part or for more information on how to get involved in Manchester Day this year visit:

Sayin’ is Creative Therapy for Manchester Rappers, Poets, and Singers