Myths of Manchester: The Curious Tale of the Manchester Mummy

This story has everything; premature burials, a mummy in a clock, gold and of course - ghosts…

In 1688, Hannah Beswick was born in Cheetwood Old Hall to wealthy parents John and Patience. When her father died in 1706, she inherited his substantial wealth and moved to a stunning manor house in Hollinwood near Oldham called Birchen Bower.

On the surface she lived a comfortable and privileged life but beneath the riches was a broken woman, traumatised by the unimaginable horrors that surrounded her brother John’s ‘death’.

On the day of John’s funeral, grievers were paying their last respects when a horrified spectator spotted something alarming. John’s eyelid had flickered and upon examination by their family doctor, Charles White, he was declared alive. 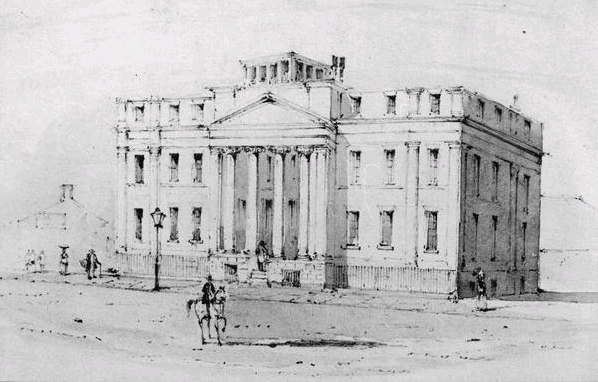 John avoided the worst fate imaginable with minutes to spare and went on to live a healthy, happy life for many years to come.

However, the same could not be said for Hannah who was utterly terrified she would endure what her brother narrowly escaped – being buried alive.  She developed what would seem to many, an irrational fear of being prematurely buried.

But the truth is, Hannah’s phobia was not irrational at all – far from it. Around the time of her brothers ‘death’ and for decades after, horrific stories, newspaper articles and lurid books were published documenting the stories of people who had bloodied their fingers and torn their clothes in an attempt to escape their nightmarish tombs.

Dr Charles White – struggled with the difference between alive and dead

There were reports that coffins had been exhumed to find scratch marks made from the inside and even cases where people had awoken during embalming.

On the 25th July 1757, just a year before her death, Hannah wrote her will, stating that she wished to remain above ground and regularly examined until doctors were certain she was dead.

However, upon her death, Dr Charles White ignored her wishes and embalmed her. White – the founder of the Manchester Royal Infirmary – had an obsession with anatomy and was fascinated by the ancient Egyptian ritual of mummification.

Though the exact method of mummification is unknown, White was once a student of anatomist, Dr William Hunter, who’d created a technique, called ‘arterial embalming’ which involved filling veins and arteries with various liquids, removing the organs, squeezing blood and fluids from the corpse and washing the body with alcohol.

Following this, the organs would be placed back into the cavities and was filled with plaster of Paris. Once sewn up, the openings were stuffed with camphor and finally the corpse was coated with tar; though we don’t know it for sure, many historians believe this is how the ‘Mummy of Manchester’ was created.

Hannah’s mummified remains were first kept at the house of a family member – Ancoats Hall. Soon after, she was moved to Dr.White’s home in Sale where she was kept in the case of an old grandfather clock and put on display.

When he died in 1813, Hannah was left to his colleague, Dr Collier who subsequently died in 1828. From there, she was given to the Museum of Manchester Natural History Society and became their most popular attraction after being widely referred to as the Mummy of Birchin Bower or the Manchester Mummy.

Sadly, no sketches or photographs of Hannah have survived but local historian, Phillip Wentworth described that her face was ‘shrivelled and black, [her] legs and trunk were tightly bound in a strong cloth… and the body, which was that of a little old woman, was in a glass coffin-shaped case.’

By 1867, the museum had been bought by Owens College and it was decided that Hannah was finally ‘irrevocably and unmistakably dead’.

Honouring her most sacred wish, it was agreed that she should finally be laid to rest and be given the proper burial she should have had many years before. On the 22nd July 1868, 110 years after her death, Hannah was buried at Harpurhey Cemetery in an unmarked plot that was intended to deter grave robbers.

It’s still to this day unknown where she resides.

When the Scottish rebel Bonnie Prince Charlie arrived in Manchester with his army in 1745, Hannah worried about her money and buried some of her fortune in a location she eventually took to the grave.

When she died, Birchin Bower was converted into workers’ residences where many of the inhabitants reported seeing a ghostly figure in a black gown and white cap roaming the halls.

The phantom, which was believed to be Hannah, apparently floated across the parlour, disappearing when it reached a certain flagstone. Curious what this meant, a man living in the building levered up the flagstone and was greeted with a generous stash of gold.

He sold it to the Manchester gold dealer, Oliphant’s, and was paid £3 10s which was the equivalent of around £450 for each piece of gold.

The apartments were eventually knocked down and a factory owned by the electrical company, Ferranti, was built on the site. Harrowing glimpses of the black-gowned ghost terrified workers and people began to believe that Hannah was simply angry for the way her body had been treated.

The Manchester Mummy’s unusual legacy is one of mythical beings, modern science, mass hysteria and buried treasure. It’s still hard to believe that there’s a real life mummy resting somewhere beneath our feet but what it is taught me is that cremation is much more preferable.