Manchester... The Birthplace of the NHS

Our city was home to the first ever NHS hospital back in 1948... 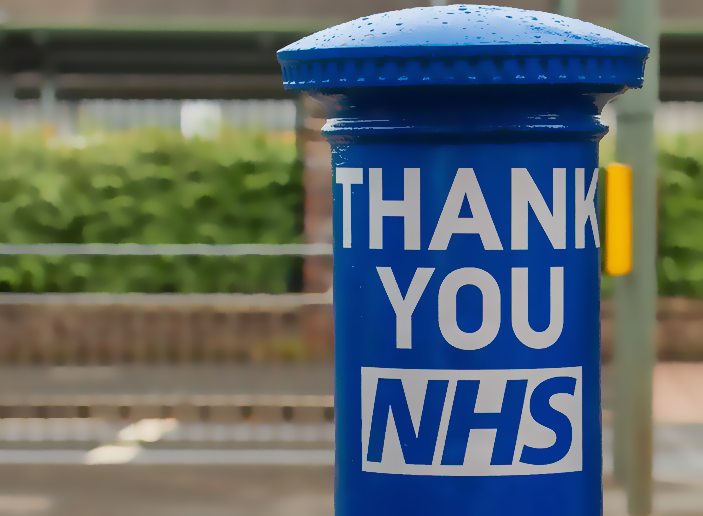 It’s almost inconceivable to believe that something like the NHS could ever be created in today’s society.

In a time when billionaires have privatised space travel, and with an increasing reliance on huge multinational corporations, the socialist utopian ideals that existed in the UK just after the Second World War could never be as far away as they are today.

The entire idea of the Welfare State has not been without its controversies ever since, but at the time, after 25 long years of battling the rise of fascism and communism in the UK and across the continent, the immediate post-war landscape was perfect for the creation of what would become a jewel in the British crown and the envy of many across the globe. 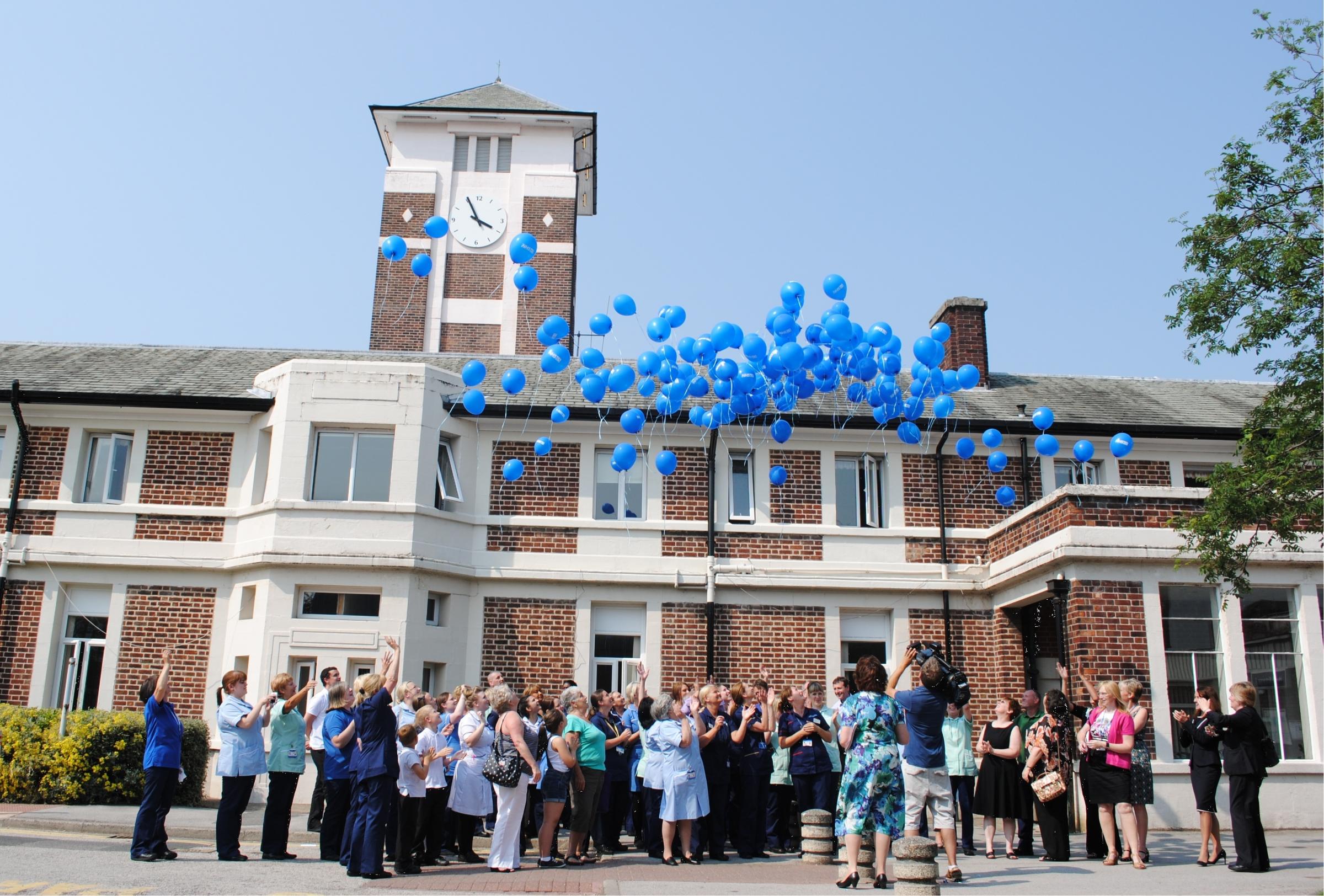 Break your leg in the United States and you’re looking at a bill of around $20,000 to get you fixed up and on your way. Not in the UK, where you can ring an ambulance to take you to your local NHS hospital, wait about 6 hours and then get it looked at, all without putting your hand in your pocket.

Of course, it’s not as entirely simple as all of that, and indeed there’s the increasingly worrying presence of private healthcare providers seeping into NHS services in recent years, but when the National Health Service was first approached in the mid-40s, its principles were simple:

“That services should be comprehensive, universal and free at the point of delivery – a heath service based on clinical need, not ability to pay.” 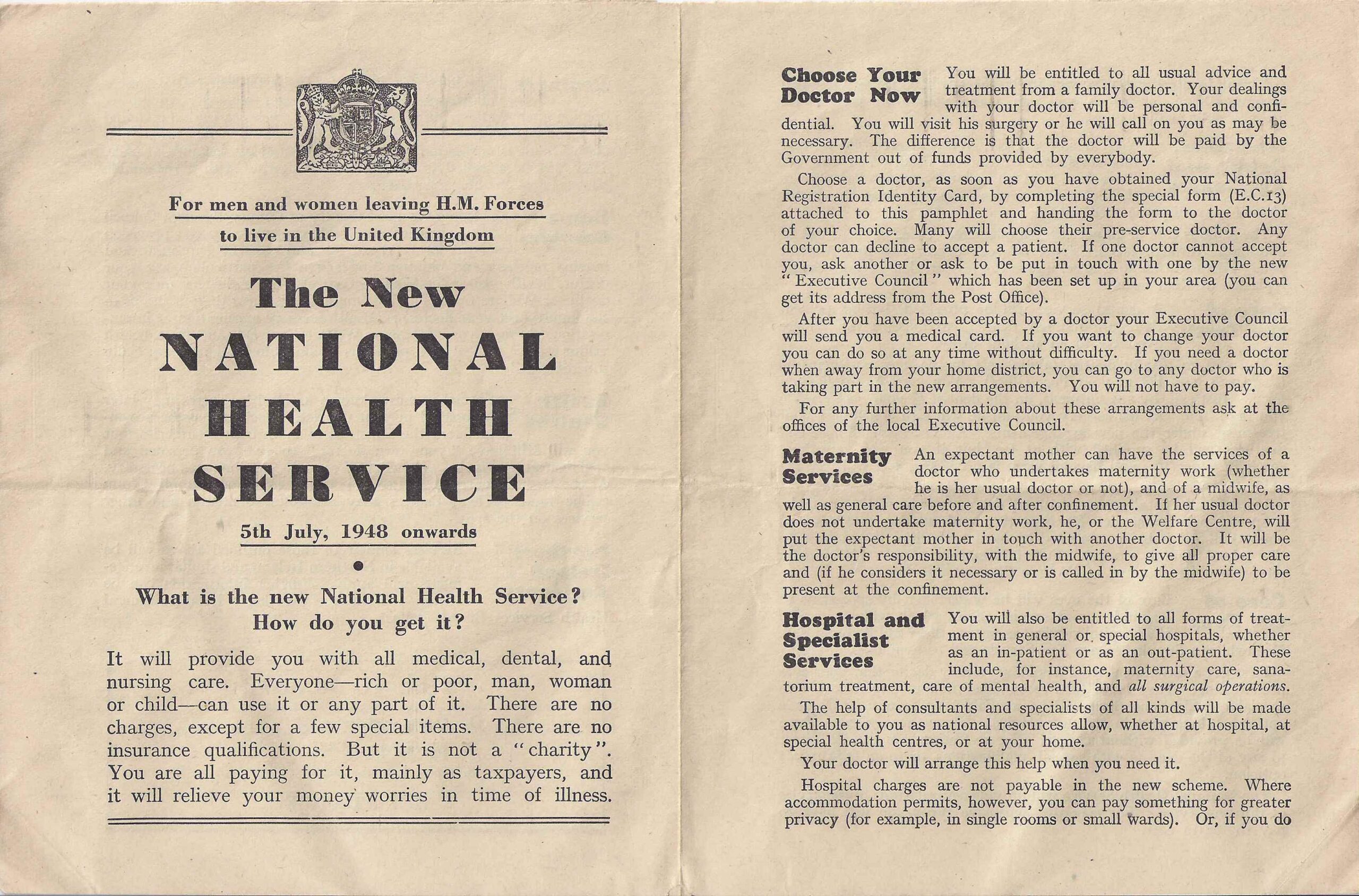 After two years of a worldwide pandemic, with NHS staff labelled heroes, clapping on doorsteps, countless unnecessary deaths, PPE controversies and indeed a potential new lockdown being put in place to avoid the service being overwhelmed this winter – the NHS has never been talked about and discussed more – probably not since its inception in 1948 in fact.

Everyone has an opinion on it, primarily because anyone earning a wage in the UK pays money into it. And thus, this symbol and beacon of socialist ideals, a colossal power that employs over 2 million people, and sees 1 million patients every single day is under the microscope like never before, and many argue, is actually on a precipice – ready for us to lose it altogether in a flurry of US corporations and billion-pound contacts. 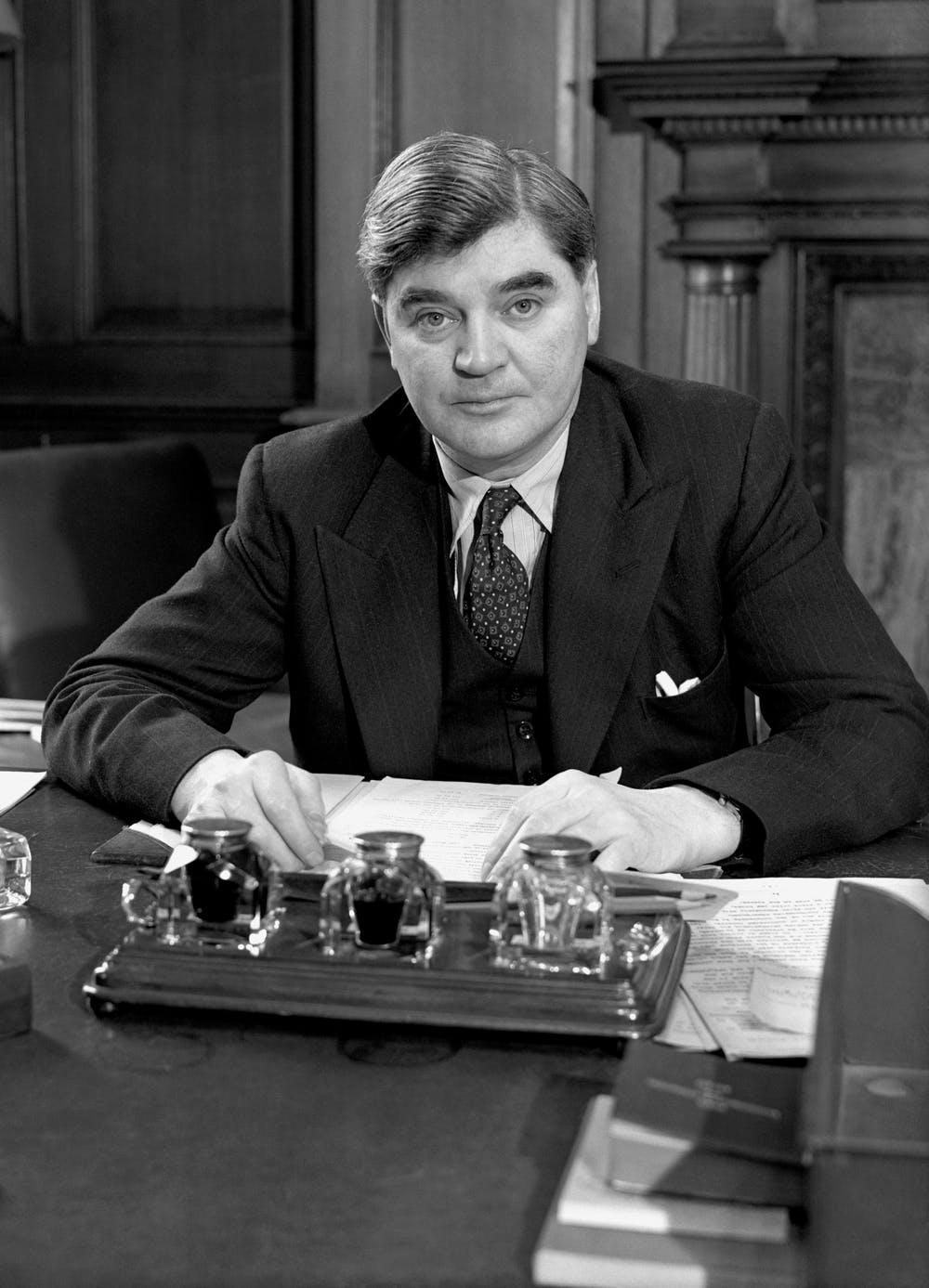 The man generally considered to be the ‘founder’ of the NHS is Aneurin Bevan, the Health Minister in Clement Attlee’s newly elected Labour government, and a man who embarked on an “audacious campaign” to take charge of what the NHS was to become and how it was going to work.

At its launch on 5th July 1948, the NHS had at its heart three core principles: That it meet the needs of everyone, that it be free at the point of delivery, and that it be based on clinical need, not ability to pay.

It was on this day too that Bevan found himself in Trafford, at the hospital once known as Park Hospital in Davyhulme but now known as Trafford General – the world’s first NHS hospital. 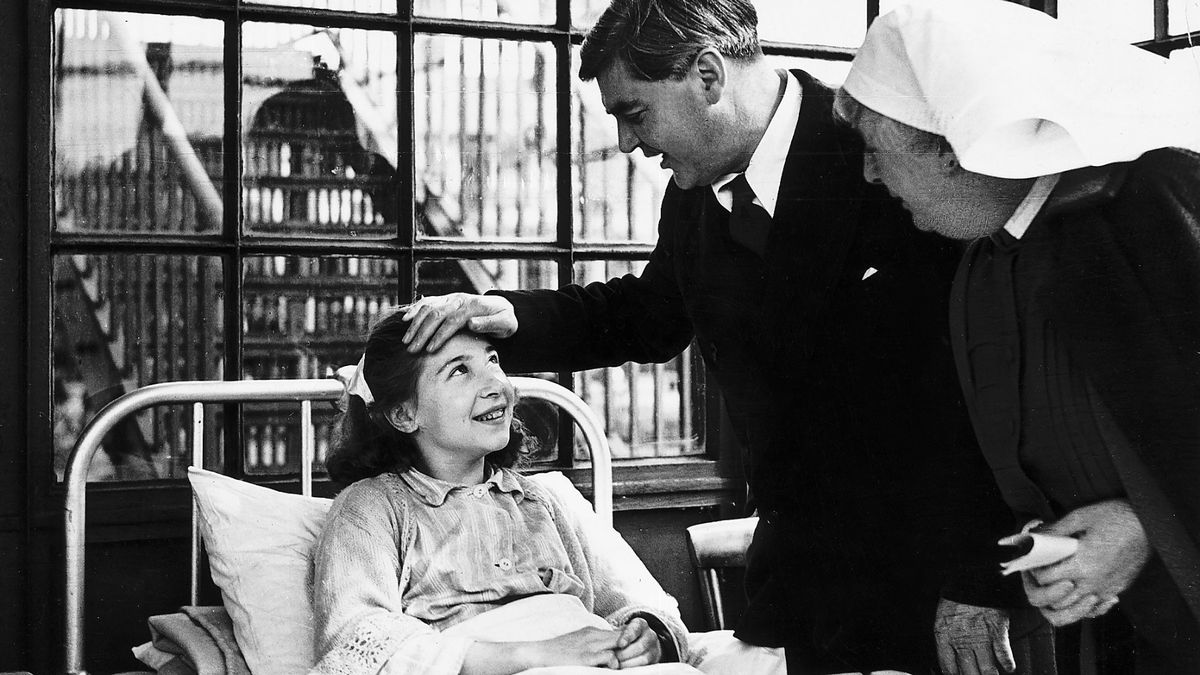 The service’s first patient was 13-year-old Sylvia Diggory, who had a life-threatening liver condition and later noted that Bevan asked her if she understood the significance of the occasion – “that it was a milestone in history – the most civilised step any country had ever taken.”

The service had overwhelming public support, but doctors and specialists were rather slow in welcoming the decision. By the 5th July though, more than 94% of the British public had enrolled in the NHS, and things began to progress almost immediately.

As has always been the case with the NHS though, financial issues quickly began to set in, and in 1951 Bevan resigned in opposition to the introduction of charges for dentists and glasses, both of which are major issues still today – especially in dentistry.

Just a few years later, Winston Churchill’s re-elected Conservative government then introduced prescription fees, which are still a presence today, except for those on low incomes.

The ensuing 70 years though have seen many peaks and troughs in the story of the NHS, from funding controversies and difficulties and public enquiries into serious and “appalling” cases of neglect, to the highs of serious scientific discoveries, from DNA to test tube babies (with the first ever child born this way in Oldham) – it’s been a bit of a rollercoaster for the service, and still continues to be. 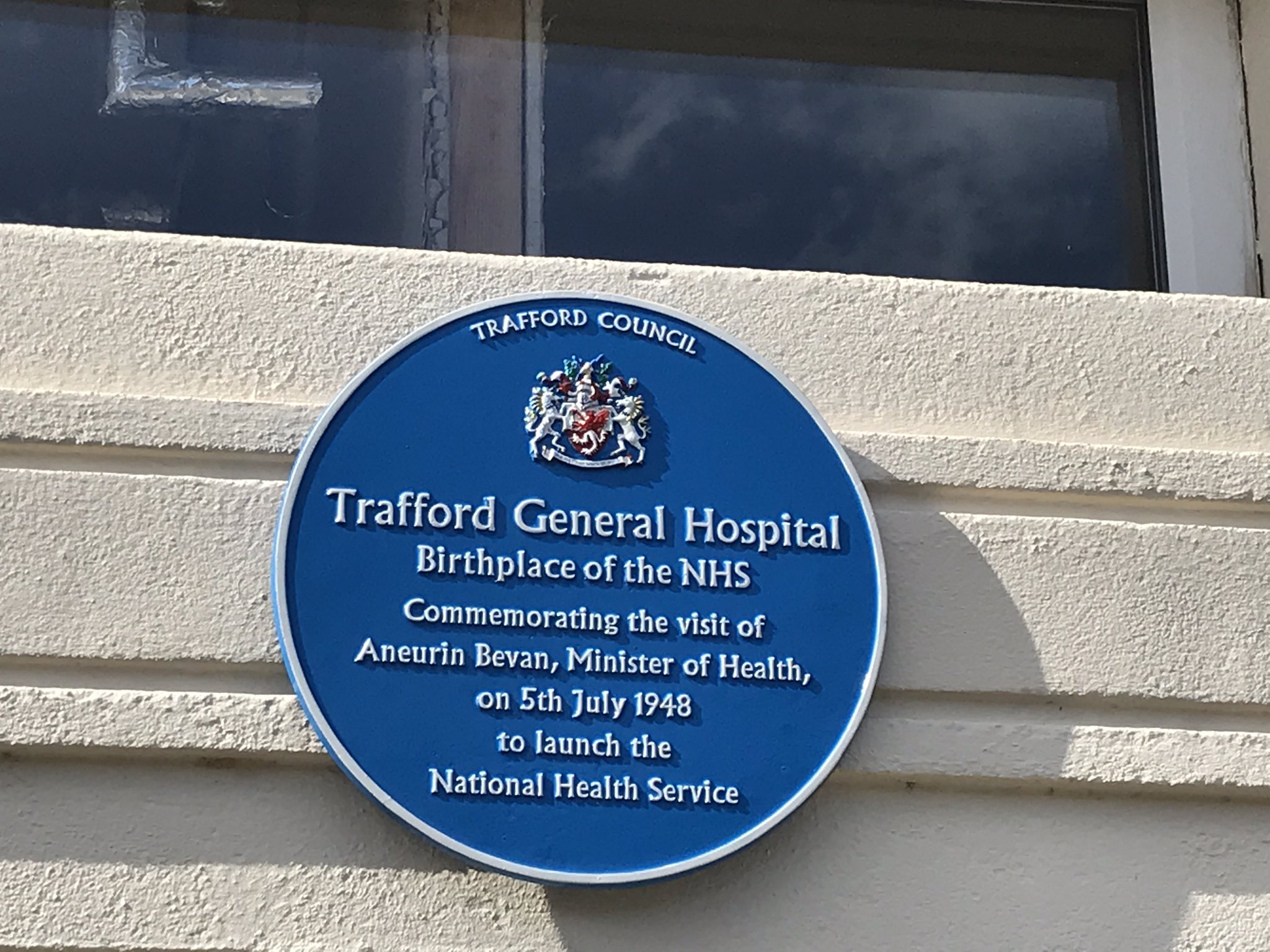 As “the birthplace of the NHS”, Trafford General hasn’t fared much differently either, rocked with recent closures, such as the Accident & Emergency unit being shut down in 2013 under instruction by health secretary Jeremy Hunt, and a significant reduction to nursing and GP services after the withdrawal of emergency consultancy care in 2016.

The hospital (and the city) will always hold the title as the birthplace of the NHS though, the place where the whole thing began. 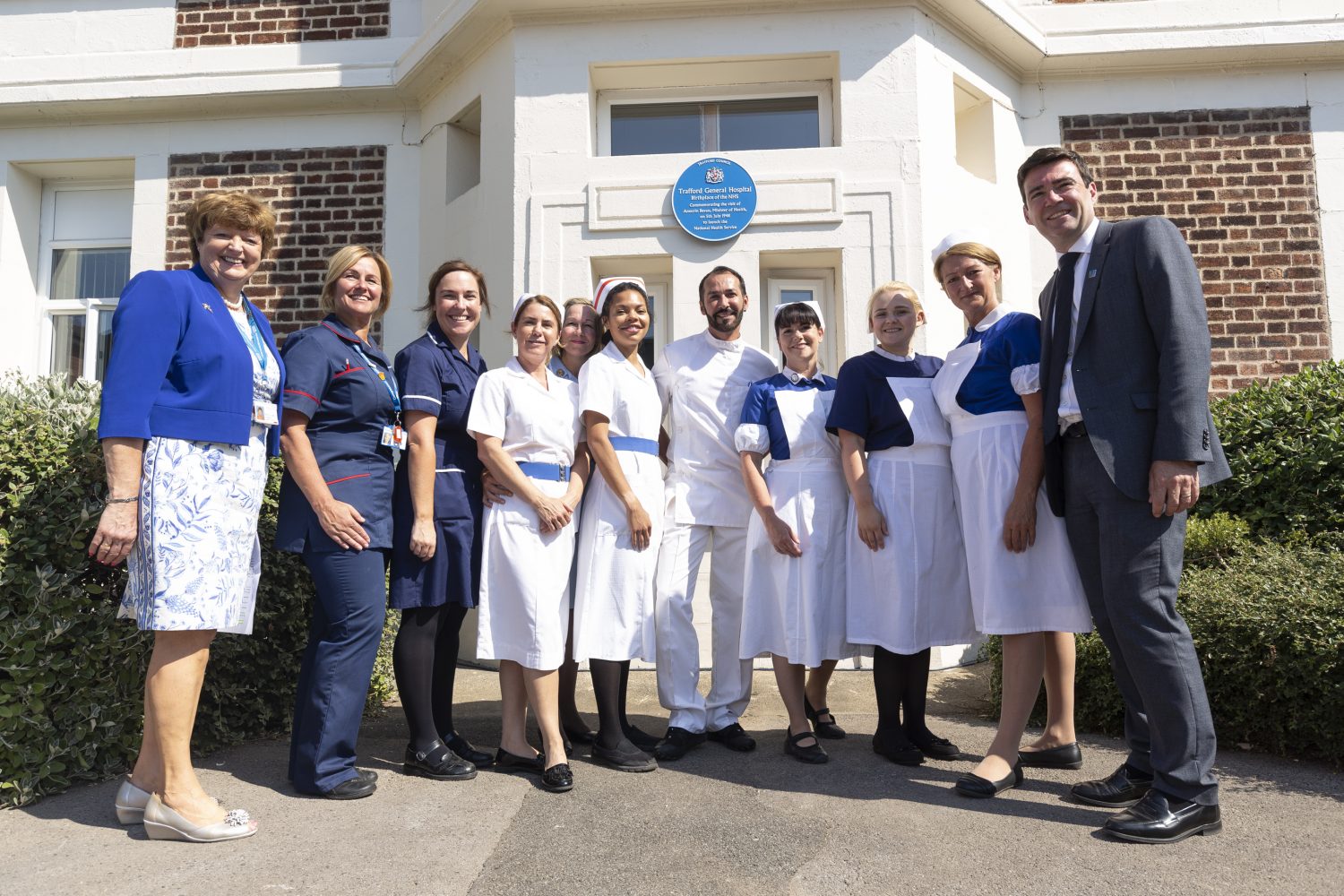 It’s still an on-going experiment in many ways, and certainly isn’t without its problems. The NHS though will always have a place in the heart of the British Public, and it’s hoped by many that this is what can help ensure its survival over the coming years and decades.

The NHS has been invaluable during the recent COVID-19 pandemics, and all politics aside – should still be seen, as Bevan explained to little Sylvia in Trafford back in 1948, the most civilised step any country had ever taken in ensuring the health and prosperity of its people.