Myths of Manchester: Quiddich was invented in a Hotel in Didsbury

Just what was going on when JK Rowling invented the Harry Potter sport? 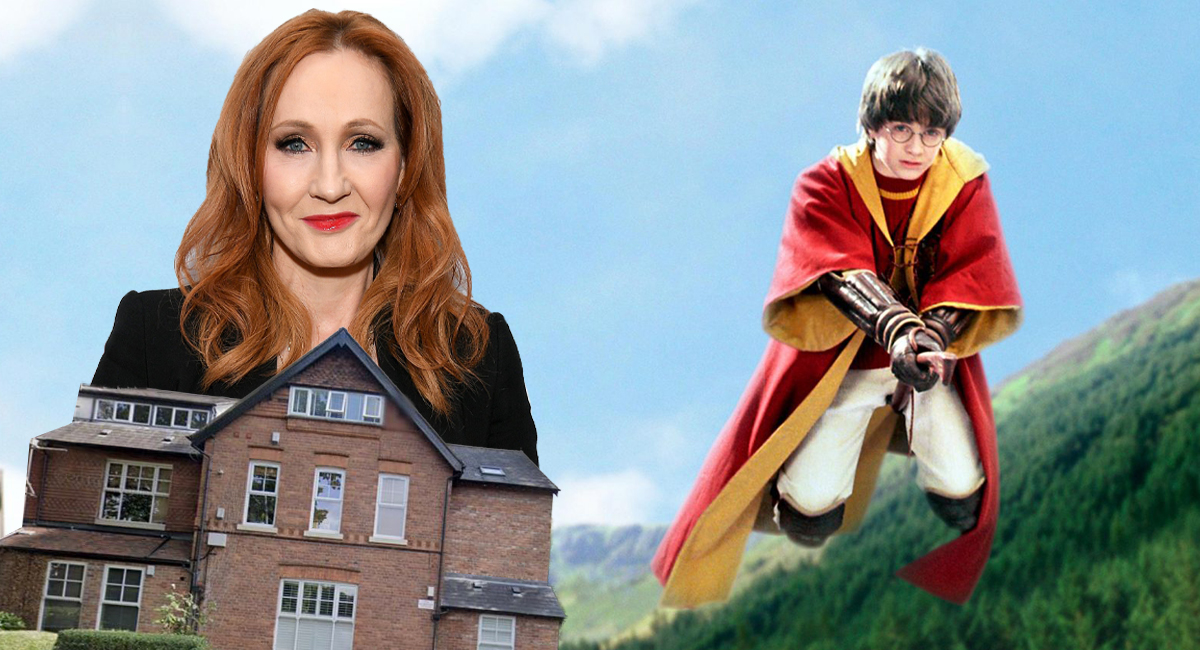 I first of all should say that what with recent events on her Twitter feed – it seems like JK Rowling has seriously lost her head. Or perhaps she never had it screwed on in the first place? I’m not sure – but whatever has happened – at no point do we agree with the kind of drivel that she’s been spouting on there to her millions of followers.

Which is a massive shame really because she is the source of many people’s cherished childhood memories – and Harry Potter has a special place in many people’s hearts and minds.

Not mine though – I was born too early to even know much about it at all – am I’m still a complete novice when it comes to what actually happens in them. 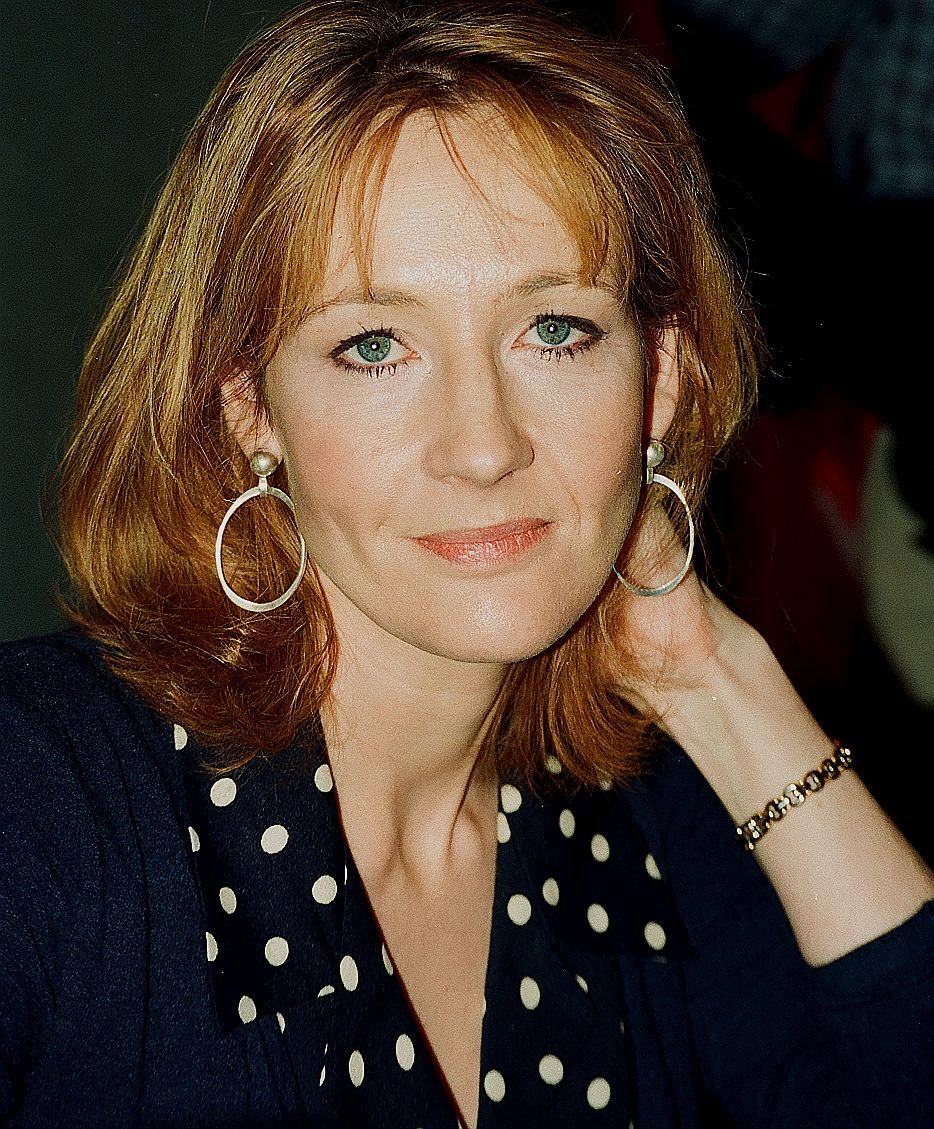 By the time Harry Potter was taking over the world I was heavily into drinking and dancing and chatting people up in bars – it completely passed me by – which is why this ‘Myth of Manchester’ has never occurred to me before.

The things that I did know about the Harry Potter books though typically revolved around how and when JK Rowling wrote them, because as someone who likes to write myself, it’s always good to know how you can go from being a peasant stealing Wi-Fi in an Edinburgh cafe to diving into gold coins on a Sunday afternoon like Scrooge McDuck.

In quite the easiest myth to dispel that we’ve ever done – Rowling herself confirmed in an annotated version of Harry Potter and the Philosopher’s Stone that Quiddich was indeed invented in a hotel in Didsbury after “a row with my then boyfriend.” 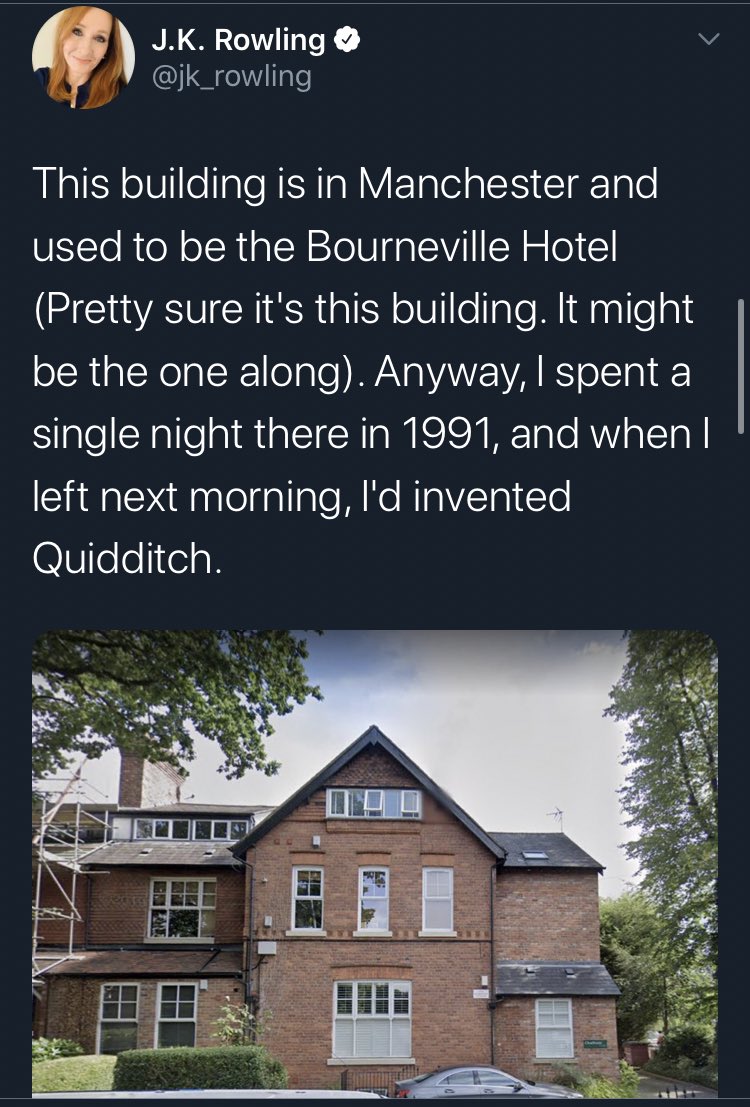 She added “I had been pondering the things that hold a society together, cause it to congregate and signify its particular character and knew I needed a sport.”

The hotel itself was the Bourneville Hotel on Barlow Moor Road which is now a block of flats – a fact that has probably added a fair few extra quid onto the asking price of the flat in which she was physically sat when she came up with it.

She was in Manchester at the time (1990) after she moved up to live with her boyfriend  – clearly things didn’t go too well as she moved to Portugal the year after to teach English before falling in love with a Portuguese fella and having a kid with him. 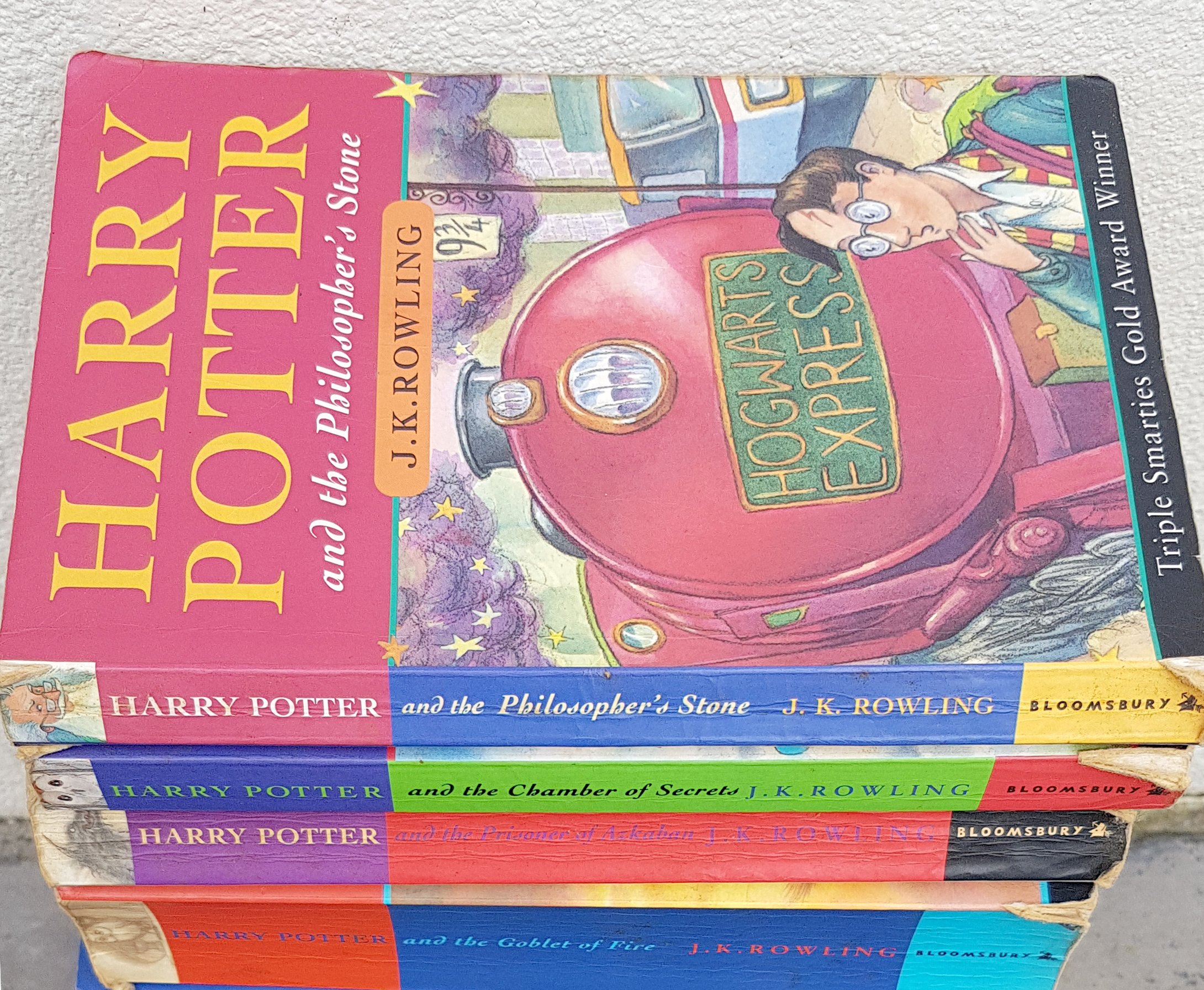 Throughout this whole time, she was writing bits and pieces of the books, getting the characters in her head and by 1997 Harry Potter and the Philosopher’s Stone was published – and the rest is history.

So next time you’re at a pub quiz, or you’re trying to entertain a child – remember that Quiddich was invented in a hotel in Didsbury. Fact. The rules of Quiddich though – don’t bother getting into that.

The Stretford bar open again after the shortest pre-lockdown opening ever!