Looking for something to do other than sit, drink and talk? Well check these places out where you can have a bit of fun (while still drinking and talking).

Perhaps you’ve been in your relationship for over 3 years now, and you’ve run out of things to say to each other.

Most of the time you just grunt amongst yourselves, or talk about some mundane rubbish that happened at work – but these are not your only options.

Head to a bar in Manchester where you can play some games instead of talking and prolong your relationship long enough until someone better comes along.

Dog Bowl
You can’t really go wrong with bowling, beers and burgers and this is exactly what Dog Bowl does and they do it really well. They’ve got 5 proper bowling lanes to keep you happy, as well as an extensive food menu which includes some rather delicious hot dogs and other American related food-stuffs. They do a great bottomless for £25 on Saturdays and Sundays, and a burger, pint and a game for £11 weekdays until 5pm.

Arcade Club
Europe’s largest free play video and pinball arcade. For £12 you can get access to an entire floor of old school arcade games. They’ve even dedicated a room to VR and one to the humble pinball machine. Go back in time for a bit and jump into their collection of over 30 years of arcades. They’ve even got cocktails and table N64 classics like Mario Kart. Play at your own risk though, Mario Kart ruins relationships sober.

2022
This lovely hidden bar and creative space in the Northern Quarter prides itself on being probably the best place in the city to enjoy some Ping Pong action. They have enough tables to keep Forrest Gump occupied and it’s free every Monday. They also have Tournaments on Tuesdays and a chance to Beat the Bartender on Thursdays. So if you’re any good – get down there and show them what you can do. Oh and they have a Mortal Kombat arcade in here!

Point Blank
A brand new, simulation shooting range fuelled by bespoke cocktails and bar snacks has decked out a basement on Deansgate’s strip. You know that mate who thinks he’s James Bond on a night out? This is the perfect place for them to let their dreams all come true, compete for the Best Shooter title, and he’ll probably lose. They have over 200 scenarios from a pretty fancy American simulator, all you’ve got to do is grab a pint, point and shoot.

The Crystal Maze
As soon as Ed Tudor-Pole turned up the whole Crystal Maze thing was dead for me. He just couldn’t compete with bald-headed sex pot Richard O’Brien and it completely ruined any enjoyment I got from watching a bunch of blokes with moustaches getting covered in glunge and sand. Well the 21st Century is here and us plebeians can now try our hand at it all and I must admit – it’s tremendous fun. Well worth the expense too – you can tell that they’ve spent till on it.

17 Below
Hidden right below Dogs n Dough, 17 Below has managed to make a splash since opening with its 80’s themed decor and cocktails. They’ve also managed to squeeze a couple of American style pool tables down here, and more importantly – some full sized, proper arcade machines. They have classics such as Space Invaders, Pac Man, 1942, Double Dragon, Track & Field and Donkey Kong for you to smash into. They’re free too.

Junkyard Golf Club
Some more golf here in Manchester but this is a lot less serious – more Blackpool Pleasure Beach than St Andrews. Imagine if Mr Trebus from Life of Grime decided to put a few holes around his house and handed you a putter and you’re pretty close to Junkyard Golf. All you need to add is some cocktails, decent tunes and some slightly inebriated couples on a first date desperately trying to impress each other.

Fab Cafe
Upon entering Sci-Fi themed Fab Cafe, you’ll find it reminiscent of the games room you spent 3 days in while on holiday at Pontins in Rhyl in 1994. There’s a Starship Enterprise replica bridge, there’s a Dalek, and even a full-sized Predator all squeezed into this brilliantly cheap basement bar. On top of these oddities, there’s a great selection of arcade and pinball machines for you to piss around on – including Point Blank – the best shooting game ever made. Oh and they have a Mega Drive and N64 to play on too.

Black Dog Ballroom
Get yourself down to the Black Dog Ballroom in the NQ, or its sister venue on New Wakefield Street and you will find a ton of pool tables in which to show off your Paul Newman skills. You can also expect to find some fantastic cocktails, top food and plenty of messy nights to enhance your depressing existence.

Bunny Jacksons
If you just want to keep things simple, hurl abuse at your mates and down beer then look no further than beer pong at Bunny Jacksons. You don’t need to book, just head down, get a couple of strangers off the street you can pretend are your friends, and buy a few pints. Oh and let’s not forget that they also have a PROPER American Pool table in here and you know what – it’s FREE!

Bongo’s Bingo @ Albert Hall
I once took a girl on a date to Mecca Bingo and it was bloody brilliant. Not only were the drinks ridiculously cheap, but for around 6 quid you get around 30 games of bingo. The only negative was the assortment of filthy looks we received from everyone else, in fact it was so bad that I was too afraid to shout ‘LINE’ when I won and lost out to a woman who was probably called Gladys and lived in a Gingerbread House. You don’t need to worry about this at Bongo’s Bingo – it’s a mental night consisting of bingo, dance offs and rave rounds – topped up with plenty of booze and the chance to win some actual decent prizes.

Hold Fast
Jules Verne is apparently the inspiration behind the decor of this bar located below Hatters Hostel in the Northern Quarter. As strange as that theme may be, it is home to a wide range of oddities in which you can pass the time. On top of their selection of craft beers, cocktails and food, they show the odd film in their dedicated cinema and have a few old consoles that you can play until your thumbs bleed.

Flight Club Darts
A brand-new venue on King Street, Flight Club offers a new concept in overweight pub games – ‘social darts’. The concept is simple. They’ve taken darts and sexed it up – much like when they put a dress on that Gremlin and made it into a sexy girl one. They have installed a whole host of technology into the game, importantly meaning that you don’t have to do loads of maths anymore. It’s a lot of fun – especially with a big gang of your mates, loads of bevvies and the obligatory massive pizza.

Virtual Hideout
If you’ve got shares in Virtual Reality, then you’re on easy street from now on. Everyone is going absolutely crazy over it, and not just with silly little games. There’s talk of watching concerts over VR, having meals over VR and I suppose it’s only a matter of time until we start banging over VR like in Demolition Man. Until then though you can have a great time at Virtual Hideout – they have over 100 different games, puzzles and horror experiences to try and you just HAVE to go on the Plank Experience!

Breakout Manchester
If you fancy yourself as an intelligent problem solver, who would just laugh at that Jigsaw fella off Saw and then proceed to chop your own leg off in seconds, then Breakout is the place for you. Get yourself locked up in a room with some mates, and try to escape – it’s as simple as that – although it definitely isn’t that simple. You also don’t need to actually chop your own leg off either – there’s no way I would recommend it if you did. They’ve also got a brand spanking new location opening Friday 17th May.

The Wharf
If you’re interested in board and card games and are looking to make some new mates – then head on over to The Wharf on a Monday night and join Tabletop Manchester for some board game banter. I suggest you head on down to their Facebook page first, introduce yourself and let them know your favourite colour, then you can meet them and play to your hearts content. Don’t expect Monopoly or Buckaroo though – this is a hard-core group for proper board games. Be sure to have a couple of beers at The Wharf too – would be a shame not to whilst there.

Roxy Ball Room
Deansgate isn’t well known for its games, except maybe playing chicken with the traffic after 32 bottles of WKD on a Saturday night. But all that has changed now with the arrival of Roxy Ball Room – a huge den of table tennis, pool, golf and everything else in between. It’s one of those places where it has ‘everything under one roof’ – so sort of like Carpet World in the mid 90’s.

Whistle Punks Axe Throwing
Nobody has ever sat down and thought ‘I really want to learn how to throw an axe’ – except maybe Little Red Riding Hood’s dad or at a push that little Dwarf fella off Golden Axe. Well even though nobody ever thought of it (or asked for it) it’s here – Whistle Punks Axe Throwing at the Great Northern. I’m sure it’s lots of fun, I wouldn’t know because I’ve never been, but if you have – I’m really proud of you.

NQ64
Pure 80’s nostalgia with retro arcade machines, pinballs and consoles to live out your childhood dreams. It’s £5 for 15 of the NQ64 magic game coins and consoles are free, but don’t be that guy, get a drink from their wide selections of draft beers, cans and retro cocktails. The NQ can be daunting with that much to chose from, so chill out and play a few games in NQ64, it’s the easiest choice.

The Gas Works Brewbar
Do you remember about 5 years ago when the world got obsessed with Curling? Well, Gas Works have brought SHUFL to the pub. It’s basically mini curling, but less ice. It sounds pretty simple but I can only imagine how competitive this can get. Play against your mates in teams of up to 4, if you’ve got that many pals, to compete for that Olympic Gold the Women’s team missed out on. Playing is free on Monday’s and if you get dead good why not enter their tournament on every other Wednesday? 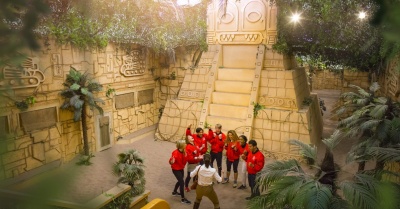 Manchester’s Finest do The Crystal Maze 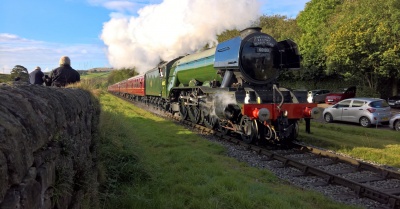