I must admit to being pretty bloody accurate with last year’s predictions – so take some notes and get in there before anyone else.

As a 34-year-old man I know very little about TikTok – but I should really start learning. We’re being told that the ‘niche’ social media platforms will see a massive increase in 2020, as people (particularly youngsters) shun the big boys (Facebook and Instagram) in favour of the smaller, more focused offerings of TikTok, Snapchat and Twitch.

So, what’s TikTok? Well, I believe it’s all about little videos – much like Vine from a few years back. Expect people to be using it A LOT more this year.

Of course, Costa Rica has been extremely popular with travellers for many years now, ever since they decided to ditch the smog and market themselves as a nature reserve that spans the entire country. I’ve been a couple of times and it truly is spectacular, and I once met a one-toed sloth – probably the rarest animal in the world. He even gave me a little cuddle.

Anyway, Air France and KLM are offering up some pretty cheap flights this year so it’s become much more accessible and desirable for a little holiday. Add to this companies like Exodus who offer ‘Edits’ which you can personalise around your time off work – and we can expect Costa Rica to be very popular indeed.

Ever since Pokémon Go came out and everyone started standing around on the streets trying to capture a level 50 Blastoise, Augmented Reality has been a ‘thing’. If we’re being honest though it’s all been a little bit shit so far – even Pokémon Go doesn’t use it that much and when it did the Pokémon never truly interacted with your surroundings.

After speaking to a VR and AR expert a few weeks back though he assured me that there will be some considerable leaps in the technology this year and we’re going to see a lot more of it popping up not just with technology firms but also restaurants, bars and events.

The ‘Return’ of Street Food

There seemed to be a trend a couple of years back that saw Street Food vendors all try to follow the same path. Get a van/stall, do some markets, save up enough money to get some bricks and mortar and then be hugely successful with your own premises. The only problem was – most of them just didn’t work. The operators would find themselves with hugely expensive rent and shite footfall and things wouldn’t work out as they’d hoped.

Well 2020 is when this trend is set to stop – with street food operators sticking to the street – made possible with the impressive range of operations available to anyone who wants to try it. Venues such as GRUB, Hatch, Foodie Fridays in Stockport, Stretford’s Food Hall and many more provide the perfect environment in which to thrive – meaning you don’t need that bricks and mortar any more.

Many have proclaimed podcasts to be the newest and most prolific source of news and entertainment in recent years but nothing much has really happened so far. Sure, there are a few very popular ones like Last Podcast on the Left, but in terms of what’s available in Manchester – the offering is a little thin on the ground.

2020 though will definitely see more and more podcasts popping up in the city, from the BBC presenting the history of Gay Manchester to a couple of blokes talking about when celebrities lost their virginity. Expect lots more this year.

Ahh the good old British pub. The home of warm bitter, games of darts, pickled eggs and casual racism – such a shame that so many of them have been closing up for good over the last 10 years. Not any more though. I personally guarantee that 2020 will see a major resurgence in the popularity of the proper boozer – somewhere people can go for decent food, a few pints, a dog sat in front of the fire and a dead good atmosphere.

Currently The Bay Horse Tavern is smashing it in the NQ, and the end of 2019 saw the opening of the brilliant Edinburgh Castle in Ancoats. Expect similar places to start popping up around the city and further afield in the next 12 months.

Okay, okay so festivals have been going for ages and there are bloody loads of them knocking about, but I think we’re going to see ‘peak’ festival this year, with more than ever – before they start to disappear. Of course, Parklife will be massive again, Manchester Pride will continue to grow and Glastonbury will celebrate its 50th year with what looks set to be the biggest and best festival in the world.

It’s the smaller, specialist festivals which will really shine in 2020 though – bluedot, Beat Herder, Kendal Calling – these niche experiences will be what people will be most excited about. So, if you’re planning on organising a festival – you’re going to need a hook. ASAP.

We all love the city centre but this year will really see the ‘burbs shine through. There are the usual popular places like Didsbury, Prestwich and Chorlton, but newer pockets of culture and industry will start to develop with the likes of Stretford, Urmston, Withington and Reddish becoming home to some seriously impressive bars and restaurants that’ll challenge anything the city centre can offer.

Cheaper rents will allow operators to be more daring, offer something different and generally be more brilliant than the city centre stalwarts. Keep an eye out over the next 12 months for some seriously impressive neighbourhood spots.

Our biggest performing videos of 2019 were both focused on ‘sharing foods’ – one a whole lamb roast dinner, the other a whole wheel of cheese. Both did some serious numbers and pretty much sold loads as a result. This certainly goes a long way to show how people’s restaurant dining habits are changing.

People want a more social, ‘special’ experience – and something like a large sharing platter fits the bill perfectly. People want a more unique experience that they can share with their friends (in real life and online) and so you’ll likely see plenty more of these HUGE dishes make appearances in 2020.

What with a brand-new Gregg’s vegan Steak Bake launching yesterday, Maccies getting in on the action and even KFC offering up a Vegan Sandwich, healthy eating and veganism is set to continue well into 2020.

I get the feeling that this ‘trend’ is only going to get bigger and bigger, as socially and environmentally conscious consumers shun meat and dairy for a more sustainable diet. It’s a great time to change too with a wealth of options in restaurants nowadays and specialist vegan only places popping up – like Alvarium in the NQ and Allotment just off Albert Square.

Of course, we’ve already got a decent selection of fantastic Japanese venues, including Tokyo Ramen, Cottonopolis and Yuzu – but you should expect more and more this year.

One of the biggest growths will be in Japanese Street Food, with current operators such as the Zumu pop-up in Dive NQ, Intoku in the Arndale Market and a couple more flying around the region’s events – there’ll be much more to come in 2020. Roll on the Okonomiyaki I say.

With most of America making it legal and the police here pretty much turning a blind eye to it, cannabis is currently experiencing a massive revival in popularity – not just as a recreational drug but also to combat chronic pain and a whole host of other medical conditions.

Even though I doubt any politician in Westminster has the cojones to make it legal any time soon, CBD is certainly doing the rounds and looks set to take 2020 by storm. Derived from cannabis, CBD doesn’t give you the ‘high’ of weed, but it does give you all of the benefits. So expect it in cakes, smoothies, shampoo, beers ad even pet food – it’s going to be everywhere this year I promise. 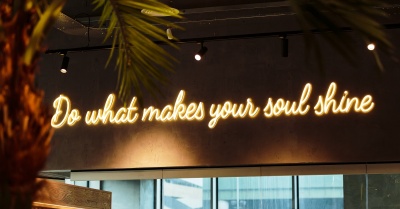 Escape the week with yoga and a scalp massage at Foodwell