Snow White and the Seven Dwarfs in Panto: Review

Manchester’s Opera House has certainly pulled out all the stops this year with it’s festive offering of Snow White and the Seven and Dwarfs.

Craig Revel Horwood is as Fab-U-Lous as his famous catchprase as the Wicked Queen Lucretia and gets a well deserved 10 from the audience. His vocals prove to be as good as his dance moves as he belts out a number of tracks from Queens Don’t Stop Me Now to a sensational version of the Sinatra classic My Way.

Horwood looks like he is relishing every minute of being dressed in drag and there’s more than just a hint of The Rocky Horror Show’s Frank’n’Furter about him with his dry delivery of lines and a cheekiness that just about lets him get away with the ‘close to the bone’ innuendo being uttered.

Elsewhere it’s wonderful to see Eric Potts return to the Opera House, this time as Dame Nora Crumble, delighting the audience with his comic timing and collection of outrageous costumes (designed specially by Mike Coltman).

Potts is what panto is all about – family fun and he manages to pull it off in the bucket loads having theatre goers from 6 to 60 grinning from ear to ear with his camp antics.

Ben Nickless is the man who steals the show though as Snow White’s best friend Muddles. Nickless nails it from start to finish with his side-splitting comedy and great impressions. He strikes the balance of being the kiddies’ best friend and the Mums and Dad’s mate.

I guarantee anyone not to go home without aching from all the laughing, especially in the second half when the cast perform an alternative (and hilarious) version of The Twelve Days of Christmas.

Despite the show being called Snow White and the Seven Dwarfs there’s very little time these characters are onstage but it doesn’t stop Zoe George doing a sterling job of being the fair and kindhearted Snow and the magnificent seven making their mark with Mancunian accents (‘ave it!) and twerking…what more could you ask for?

Joshua St Clair as Prince Harry again has to make do with one of the duller roles in Pantoland but there’s no denying he has great vocals and gives it his all in the ‘man’ handling scene with Lucretia aka Craig RH.

Aside from the performances this is a panto which has some stunning visuals to enjoy, with special effects courtesy of The Twins FX. Watch out for a realistic (and somewhat scary) magic mirror, a huge dragon that comes out into the audience plus a plethora of pyrotechnics to keep you all excited.

Snow White and the Seven Dwarfs is a joy to watch; it’s entertaining and, despite a few un PC and risqué jokes along the way, it is huge fun for all the family and a thoroughly top-notch show. 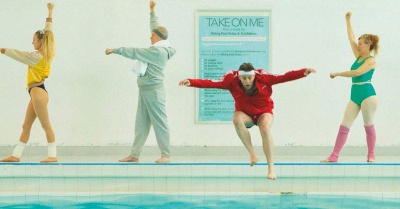 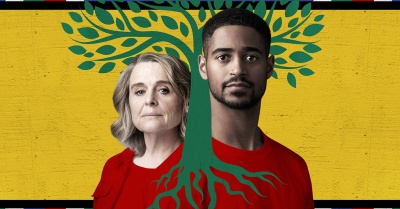 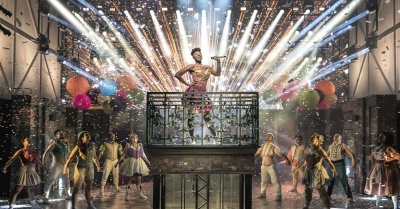 Review: & Juliet at the Opera House