Sounds From The Other City: BACK in Salford in 2022 with an Electrifying Full Live Festival 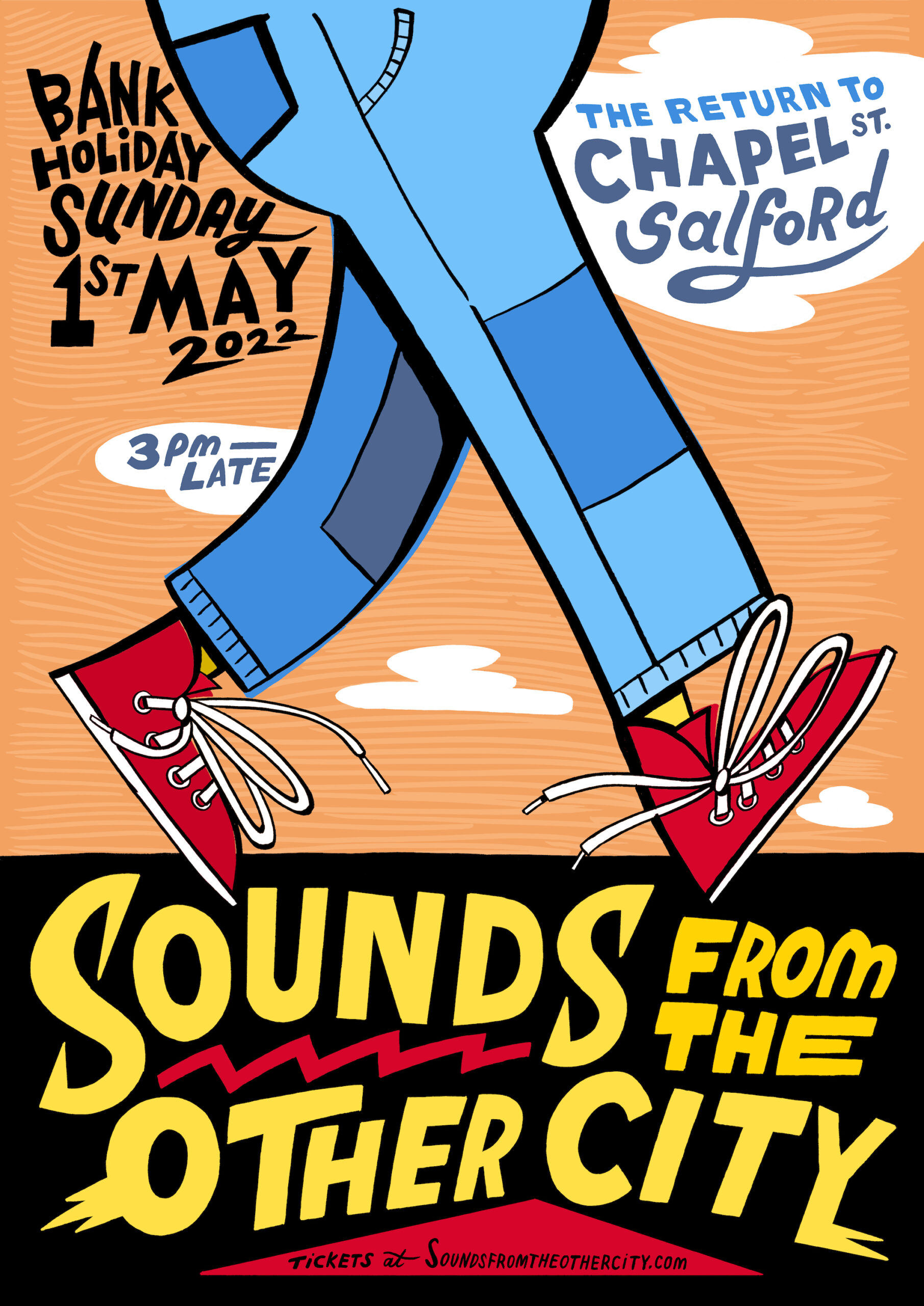 The first time I ever experienced Sounds From the Other Festival was almost like a coming of age.

I was surrounded by other disco doused delinquents, pissed out of our heads at 12 in the afternoon dancing to the sounds of Bill Withers, baking in the May bank holiday sun never wanting this day to end.

It’s been a big miss since it’s last appearance in 2019, but now Salford’s much-loved festival is BACK and the organisers have finally announced its hotly anticipated return with a compelling 2022 edition following forced cancellations in 2020 and 2021. 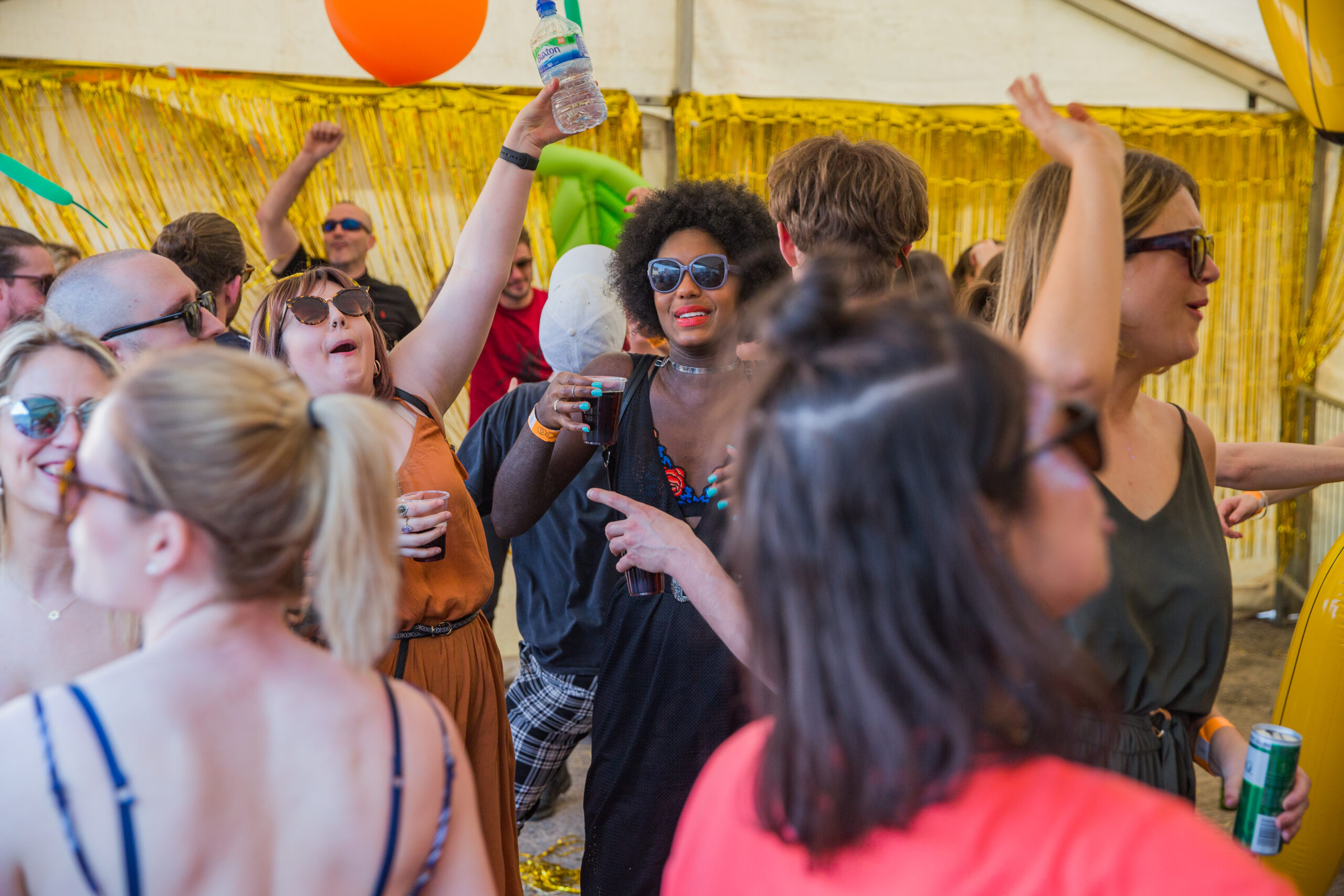 The 2022 event is set to recapture the true, sweat drenched, hands-on DIY SFTOC spirit, and will take place throughout the festival’s spiritual home of Chapel Street, as the community festival of new music, performance and art returns to the pubs, churches and community corners of Salford.

Included in the list of incredible artists announced so far is, Jazztronica artist from Manchester, by way of Birmingham, LayFullstop, as well as LYR (Land Yacht Regatta), the brainchild of UK Poet Laureate Simon Armitage and bandmates Patrick James Pearson and Richard Walters. 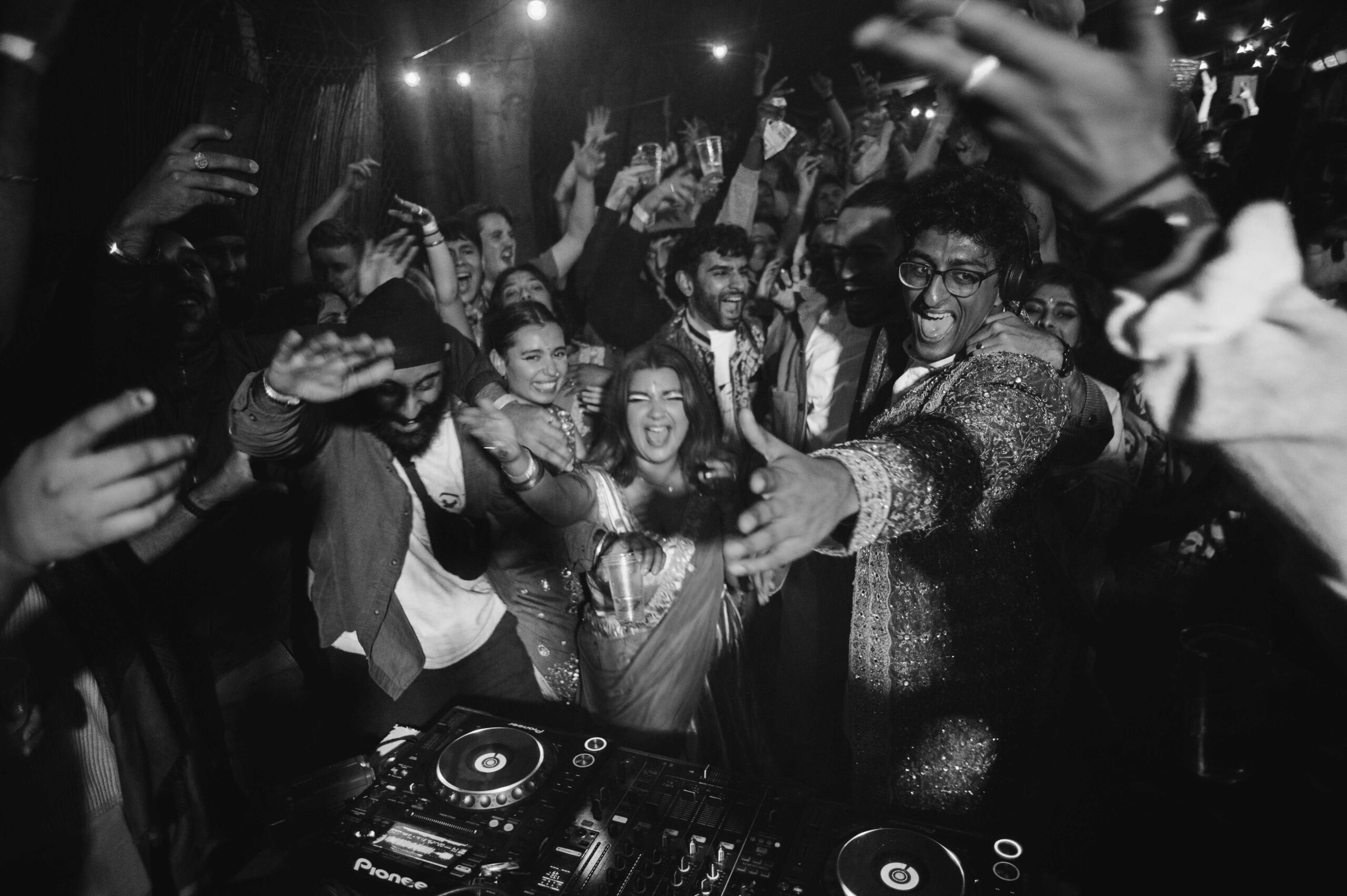 Joining them on the bill will be the Garage, Funky and classic Asian banger-blending DJs from the Daytimers stable, Chandé and Gracie T who will each be bringing a celebration of South Asian artistry to Salford fresh off the back of their iconic 2021 B2B Boiler Room set, much lauded British electronic music producer Holy Other, the proudly black and queer Bristol-based producer, vocalist and DJ, Grove, and Manchester legend Jenna G, plus many (MANY!) more.

Bringing together some of Salford’s finest venues including Bexley Square, Seven Bro7hers Beerhouse, fivefourstudios, Hot Bed Press, Old Pint Pot, Partisan, Porta, Regent Trading Estate, Saint Philip’s Church and The New Oxford while, ahead of its opening next year, The Factory, a landmark new cultural space operated by Manchester International Festival, will present a stage of up-and-coming artists, the 2022 edition of SFTOC is an undeniable force to be reckoned with. 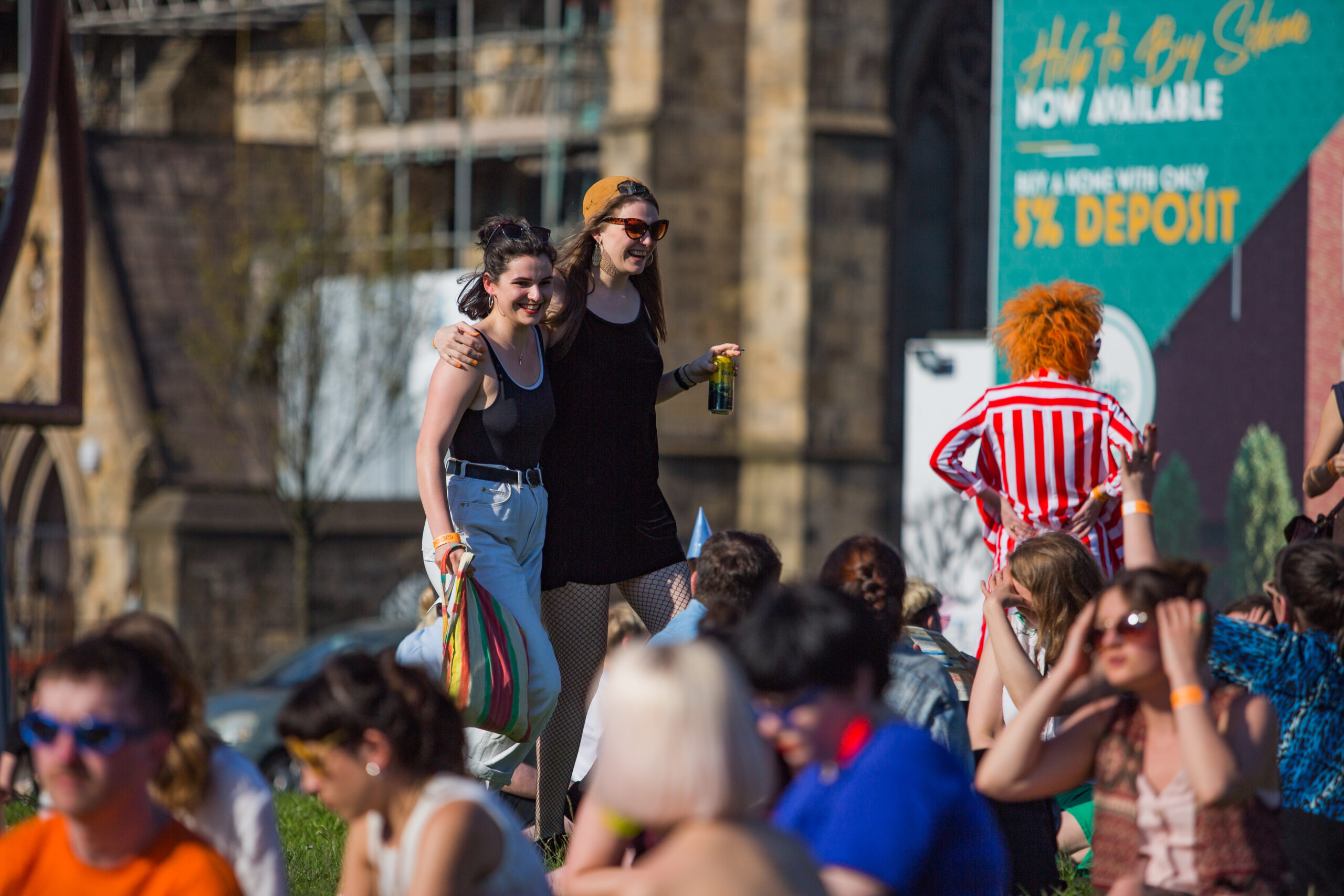 Riv Burns, Creative Director for Sounds from the Other City, commented: “Coming back from two years without a festival was always going to be daunting. The support of our extended community from crowdfunders in 2020, through to purchasing tickets in the back end of 2021 with just a date announced, through to sheer enthusiasm from promoters and artists has been overwhelming and humbling.

“This first wave of artists is so unbelievably exciting and quintessentially SFTOC, I’m really proud and can’t wait to bring this AND MORE to Chapel St and the surrounding area on Sunday 1st May. It really is shaping up to be a vintage year, full of magic, collaboration and new faces. One you don’t want to miss.” 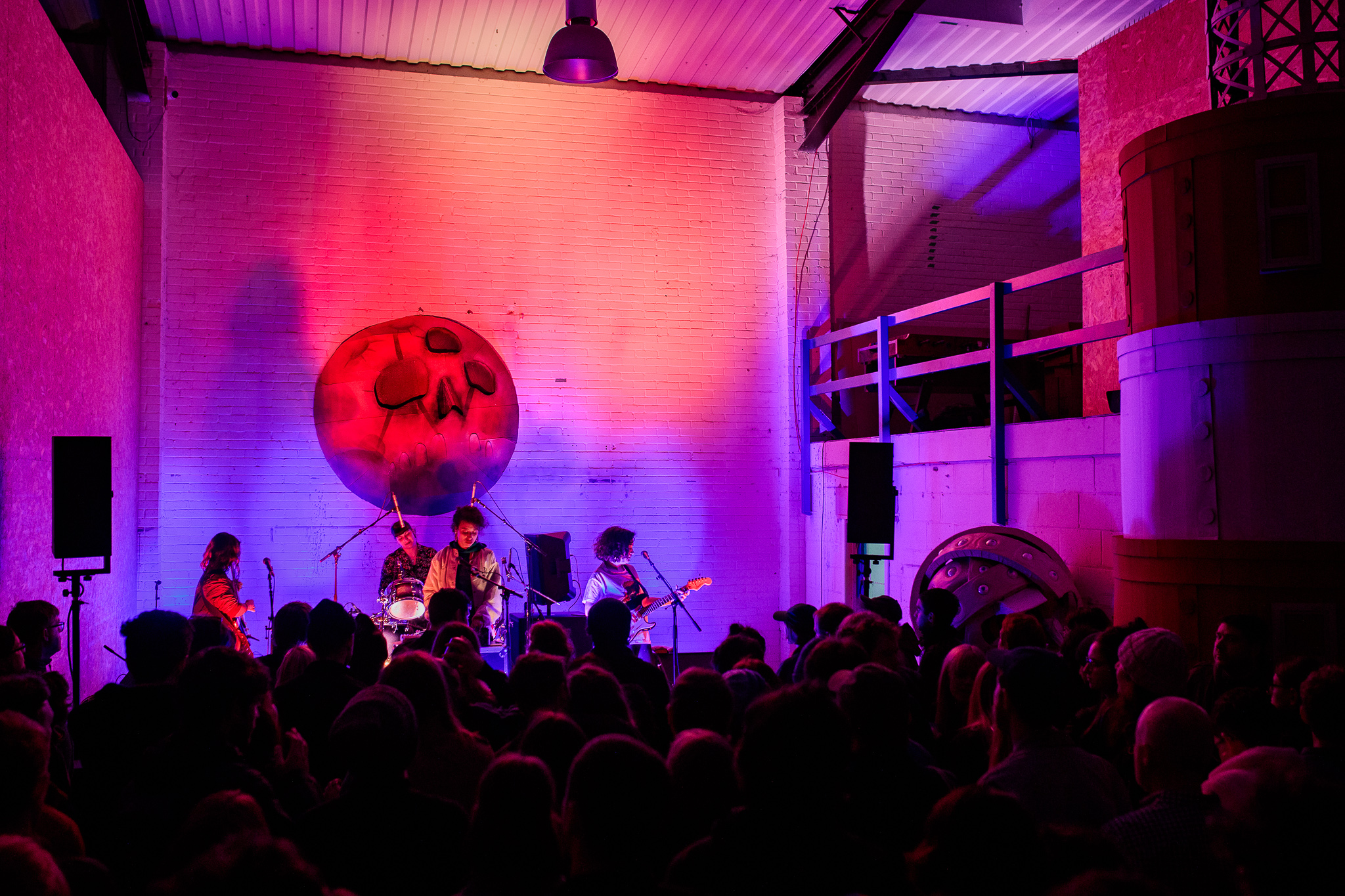 SFTOC has been a firm underground favourite since 2005; delivering a unique annual event that champions local promoters and celebrates the off-kilter beauty of Salford, the oft-overlooked ‘other city’ to Manchester.

Sounds from the Other City is a genuine DIY success story, with the prior seven festivals each having sold out. The festival has also housed early-day performances from artists as diverse as James Ferraro, Marina, Alt-J, Slowthai, Hannah Peel, GoGo Penguin right through to 2017’s Mercury Music Prize winner Sampha, BBC Sound of 2018 nominee IAMDDB and 2019 Mercury Music Prize nominees, Black Midi.

Sounds From The Other City 2022

A Guide to the Best Pizza Joints in Manchester