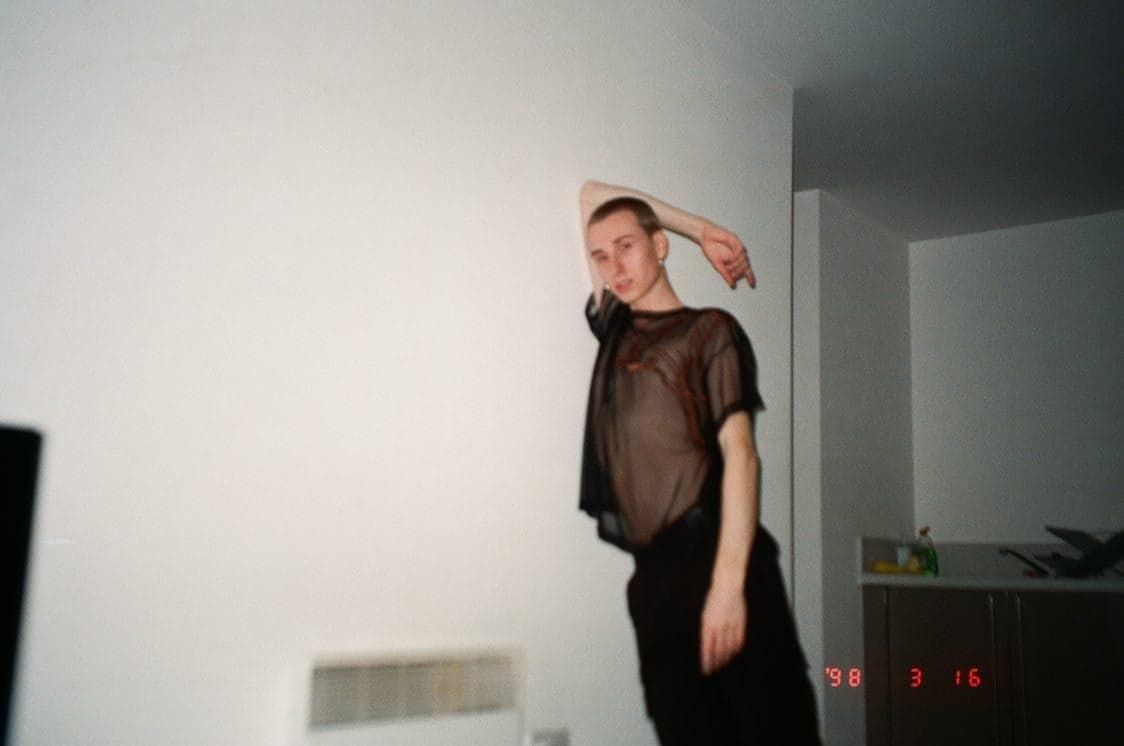 Superbia Spotlights present writing on mental healthcare for the LGBT+ community. The latest commission considers the origins and practises of mental health provision in the community by Ethan Foxon.

A queer, transfeminist writer, journalist and activist based in Manchester, Ethan has a background in languages and cultural studies.

They have previously reported on Manchester’s queer arts and activism scenes for both Gaydio and Love For The Streets.

Queering mental healthcare
Thoughts on trauma, diagnosis and the pathologisation of nonconformity
by Ethan Foxon

‘A quarter of lesbian, gay and bisexual people and three in five trans people have experienced a lack of understanding of their specific needs…’

I would like to think that it goes without saying that the specific healthcare needs of those of us who identify as LGBTQ+ are exceedingly complicated and varied. We are becoming increasingly cognizant of how individual and collective histories of discrimination, stigmatisation, violence, rejection and social exclusion have left many of us experiencing complex forms of trauma that require a nuanced understanding of broader structural inequality and its psychological implications to competently support. We are also getting better, I think, at understanding how intersecting aspects of identity such as cultural background, age, religion and disability shape individual experiences of mental health in ways that cannot be ignored. It seems clear, however, that the medical establishment has thus far proven unable to implement adequate strategies to broaden inclusivity within healthcare.

How did we get to the point where a system meant to “do no harm” so brazenly fails to meet the needs of marginalised people? How can we as activists begin to organise against the actors that continue to deny us quality support? What would a truly inclusive support system look like? And what role, if any, should doctors play in the ongoing struggle for queer wellbeing? It’s time to talk.

The pathologisation of nonconformity

Let’s get this straight: western medicine has historically treated queer people as inherently ill. For centuries, matters of sexuality were the remit of religion, and “sodomy”, as it was then known,  regarded a “sin” worthy of judicial persecution. However, from around the middle of the nineteenth century, as western societies became increasingly secularised, ‘scientific and medical explanatory models of nature sought to supplant religious and supernatural explanations’ and “deviant” behaviours, homosexuality being the archetype, ‘would eventually come to be classified as “illnesses”’. [2] This transformation, whereby nonmedical “problems” ‘become defined and treated as medical problems’, [3]  is known as “medicalisation”, and while it began centuries ago the medicalisation of nonconformity is by no means a bygone chapter in the history of medicine but rather a phenomenon that continues to be exploited as a mechanism of social control. Those wishing us harm continue to use the idea of queerness as a psychiatric pathology to justify attempts to “cure” or “treat” us, to perpetuate social stigma and to constrain forms of human variation that threaten the cisheteropatriarchal status quo.

That pathologisation of homosexuality likely began with the publication of the 1886 book Psychopathia Sexualis, written by German psychiatrist Richard von Krafft-Ebing, who used his writing to expound his belief that homosexuality was and should be treated as a psychiatric disorder. He presented a theory that anyone engaging in sexual acts other than for the purpose of procreation was therefore mentally ill and regarded homosexuality specifically as a degenerative, hereditary illness. Krafft-Ebing’s work became so influential that by the beginning of the twentieth century most psychiatrists regarded homosexuality as pathological. [2]

The pathologisation of homosexuality in the nineteenth century was to have a profound effect on the development of modern psychiatric practice with the publication and subsequent revisions of the American Psychiatric Association’s globally significant Diagnostic and Statistical Manual (DSM). The first edition, published in 1952, classified homosexuality as a sociopathic personality disturbance. In DSM-II, homosexuality became a form of sexual deviation. It was only in 1974, after substantial work by gay activists who considered psychiatric theories of pathology to be ‘a major contributor to antihomosexual social stigma’, that homosexuality became declassified.[2] Only in 1990 did the WHO follow suit and cease to classify homosexuality as an illness.

The third edition of the DSM, published in 1980, saw the introduction of transexualism and gender identity disorder of childhood (GIDC) into medical nosology. In DSM-IV (2000), these two categories were ‘collapsed into one overarching diagnosis, gender identity disorder (GID)’. [4] The latest iteration, published in 2013, ‘includes a new description and diagnosis that discontinues the use of “disorder” in the diagnostic category’ and replaces it with the contemporaneous term gender dysphoria, ‘largely a symbolic gesture away from the pathologisation of trans people as disordered’. [5]

Given how western medicine has treated the LGBTQ+ community in history it is not surprising that discrimination is at this point systemic. With homosexuality declassified and gender identity disorder stricken from the DSM and other international classifications, one might consider it a thing of the past, but I perceive various continuities between the medicalisation of sexual and gender nonconformity, the current state of our collective emotional wellbeing, and the healthcare system’s inability to address our needs.

Let’s begin by reminding ourselves that transgender people remain medicalised. It is important to mention that, on the one hand, ‘some argue that inclusion in the DSM legitimises gender transition as a medically necessary endeavour and supports an avenue to gender affirming medical care for those who need it.’[5] In a similar vein, it is difficult to imagine how the development of gender confirmation surgeries and hormone replacement therapies would have arisen without doctors having first framed “transsexuality”, as it was then known, as a medically significant condition. However, while the removal of gender identity disorder as a diagnostic category might be celebrated as a positive step towards the depathologisation of trans people, a number of concerns remain with regard to gender dysphoria as a psychiatric condition.

The first concern has to do with the UK’s Gender Recognition Act (GRA) which, in its current form, requires of a transgender person wishing to legally transition (that is, to change their legal gender) two medical reports ‘confirming that the applicant has, or has had, gender dysphoria’, [6] even though a significant proportion of transgender people are not anatomically dysphoric and do not wish to undergo a medical transition. Even for those who do experience dysphoria, it is up to the doctor and not the individual to determine whether it is clinically significant enough to count as real dysphoria, denying the transgender person their autonomy.

“The GRA, as it stands, reinforces the myth of gender binarism…”

The GRA, as it stands, reinforces the myth of gender binarism by assuming that all transgender people wish to undergo surgery, strengthens the position of gatekeeping transmedicalists who argue that those who do not experience dysphoria are not truly transgender, and perpetuates the stigmatisation of trans people by suggesting that dysphoria and the transgender experience are one and the same. While it is important that we continue to improve access to specialist care for those who want and need it, it is my fear that the distress and other adverse effects on emotional wellbeing experienced by transgender people as they are subjected to the arduous and often costly processes stipulated by the GRA will only increase unless we work to de-medicalise the process of legal transition and champion the right to determine one’s own gender in the eyes of the law.

My second concern on the subject of gender dysphoria is a definitional one. As Johnson notes, in emphasising ‘individual experiences of body, gender and sex category incongruence’, the DSM ‘fails to account for [gender] dysphoria as a mental health consequence of gender ideology, transphobia and cissexism for trans and gender diverse people’. This definition, Johnson continues, ‘reaffirms a biomedical model of trans experience’ by failing to account for the social causes of gender dysphoria and other psychological presentations. [5]  It is no wonder, then, that so many mental health professionals working with transgender and other queer people so often fail to account for the nuanced ways in which transphobia and other forms of bigotry impact the ways in which trauma, depression, anxiety and other conditions manifest.

“…failing to account for the social causes of gender dysphoria…”

My final line of argument has to do with the nature and efficacy of psychiatric diagnosis of nonconformity itself. Psychologists such as Lucy Johnstone have lucidly argued against psychiatric diagnosis, recognising that ‘while some people find it helpful to be offered a name for their distress’, ‘many others report feelings of stigma, shame, worthlessness, and hopelessness.’ [7]  On the one hand, getting a psychiatric diagnosis has its benefits as far as access to medication and therapy and the facilitation of clinical research are concerned. However, I worry that we have become too accustomed to seeking catch-all medical explanations for any behaviours that deviate from a perceived norm. These explanations which fail, whether intentionally or not, to take into account the countless other factors influencing the ways a diagnosed individual behaves, not least their own identity, life experiences and individual sociocultural perspective. What’s more, we reach these medical conclusions without pausing to consider whether whatever form of “nonconformity” the person expresses is worth seeing in medical terms in the first place.

Indeed, Johnstone argues that ‘by divesting people’s experiences of their personal, social, and cultural significance, diagnosis turns “people with problems” into “patients with illnesses.”’ [7] Why, for instance, is a diagnosis of dyslexia, ASD, ADHD and the like, obtainable only through arbitrary assessment, required of a struggling child in order to access the support they deserve? Why do so many still believe that homosexuality is something that can be cured? Why is a depressed person so often sent to fend for themself with no attempt made to determine the root causes? The simple answer is that the process of medicalisation I outline in this article has left us dependent on quick fixes and crude explanations for complex problems intimately intertwined with identity, the consequences of inequality and stringent definitions of what counts as normal.

I understand that the question of broadening inclusivity within mental healthcare is undoubtedly a complex one and no single solution to the concerns raised in this article exists. What is clear, though, is that the LGBTQ+ community is in the midst of a mental health epidemic, and unless we work to renegotiate our relationship with a discriminatory system that has, for centuries, sought to do us harm, it is the most vulnerable among us who will pay the price.

Superbia is Manchester Pride’s year-round programme of arts and culture, designed to support, curate, fund and promote LGBTQ+ events throughout Greater Manchester. This commission has been made possible with thanks to the Arts Council England Emergency Response Funding, from whom Superbia has received a grant. Almost 90% of which is made up of funding from The National Lottery through National Lottery players.

Through this funding, Superbia will support artists in the creation of work to connect communities during this period of isolation.