Things aren't looking good for the city's bars and restaurants... 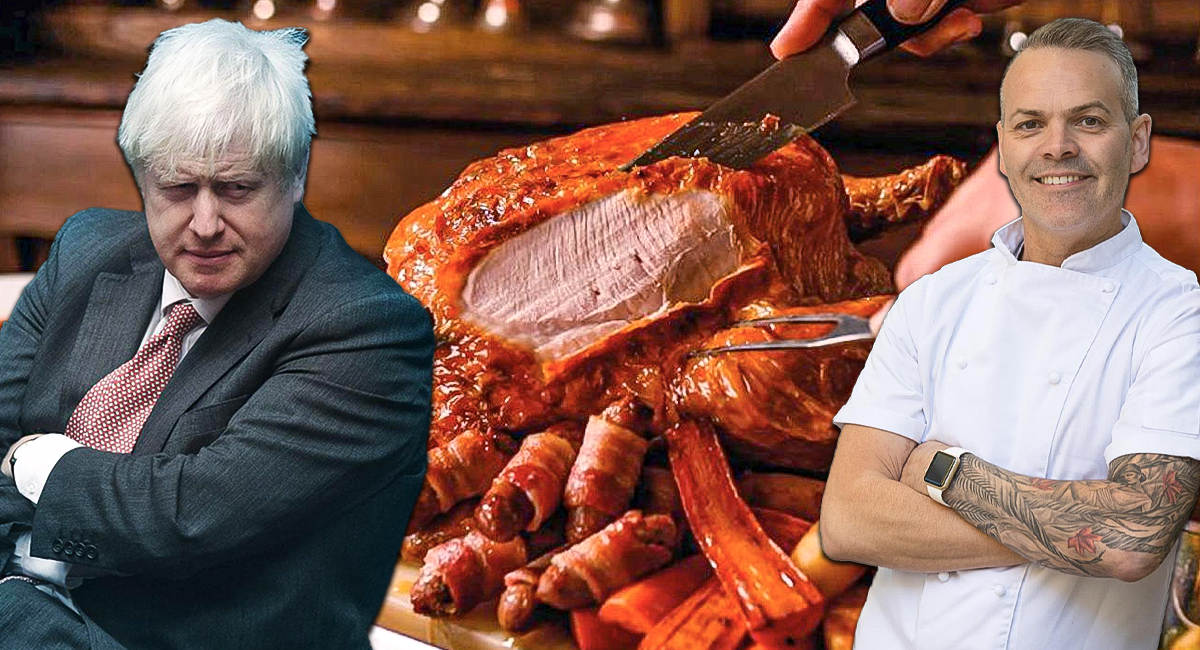 I’m going to watch the new Matrix film tonight. Presumably whilst wearing a mask. Whether it’s good, awful or simply a ‘meh’, watching it I’m sure I’ll feel much like Neo himself thinking ‘I’ve been here before‘.

But instead of seeing a cat meow twice, we’re once again on the precipice of a potential lockdown here in the UK, a result of the surge in cases of the Omicron variant of COVID as it threatens to overwhelm the NHS.

Whatever your stance on the virus itself, the government handling of the whole pandemic is once again being brought into question – as they dilly-dally on a daily basis, leaving the public and hospitality and leisure business leaders right royally in the lurch at this most important of times.

You probably all know someone who has had a positive test in the last few days (I know 9), and with the prospect for many being ‘Christmas is CANCELLED‘ – what can we all look forward to?

Not much really. The last few days have seen a flurry of Christmas closures of many businesses, mostly due to a lack of staff who have come down with Omicron. Many also because they’ve experienced a huge increase in cancellations, as the British public preempt the inept government and impose a personal lockdown on themselves so they’re not caught short on Christmas Day. 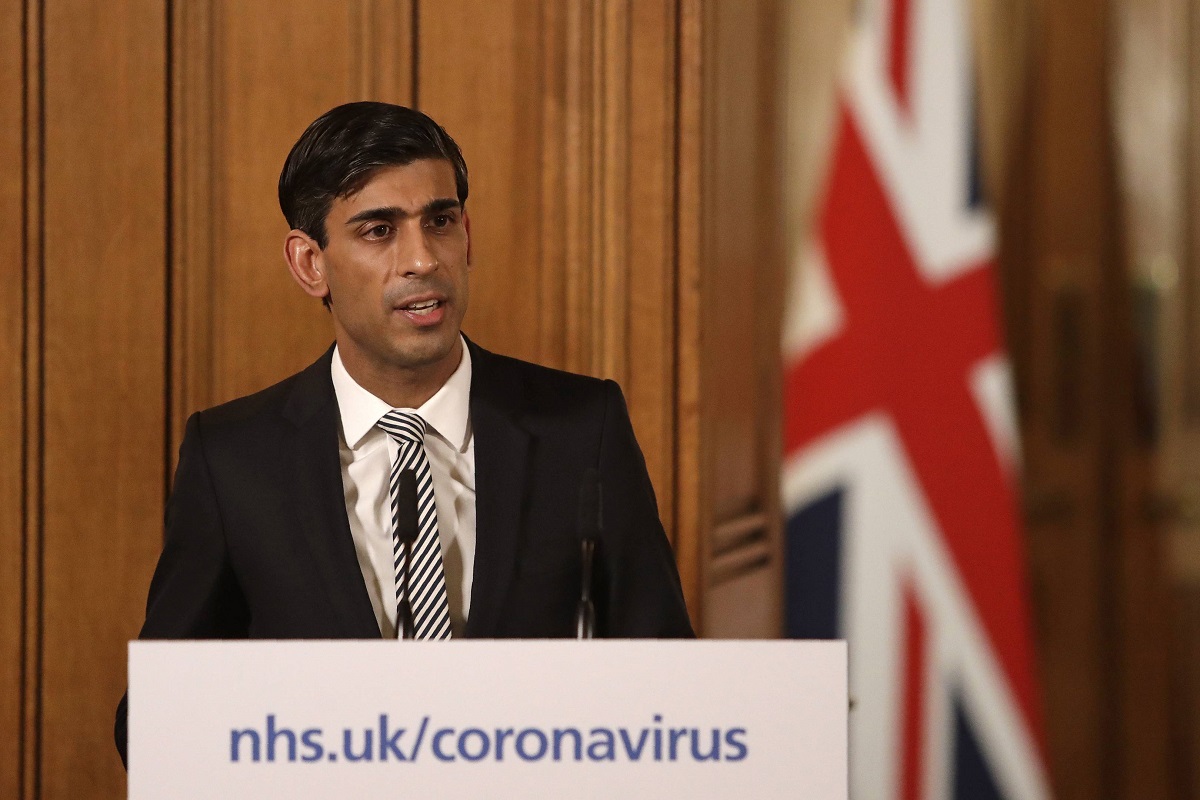 Chancellor of the Exchequer Rishi Sunak announced a ‘huge’ £1bn package for hospitality and leisure businesses who have been adversely affected by the recent surge in cases on Monday, to which Sacha Lord, Night Time Economy Adviser for Greater Manchester, and most business leaders agreed – is an insult.

It results in a measly £6k per business, which many argue isn’t even enough to cover a busy Christmas lunch time in many venues, never mind a Christmas that has seen droves of customers stay indoors during the year’s traditionally busiest season.

Chef & Restaurateur Paul Heathcote MBE explains how to keep people employed this Christmas, the government need to reduce VAT, instigate rates holidays and offer more financial support – things that just haven’t been forthcoming in the last weeks or so. In fact, the entire UK economy was faced with “radio silence” while Sunak holidayed in California. 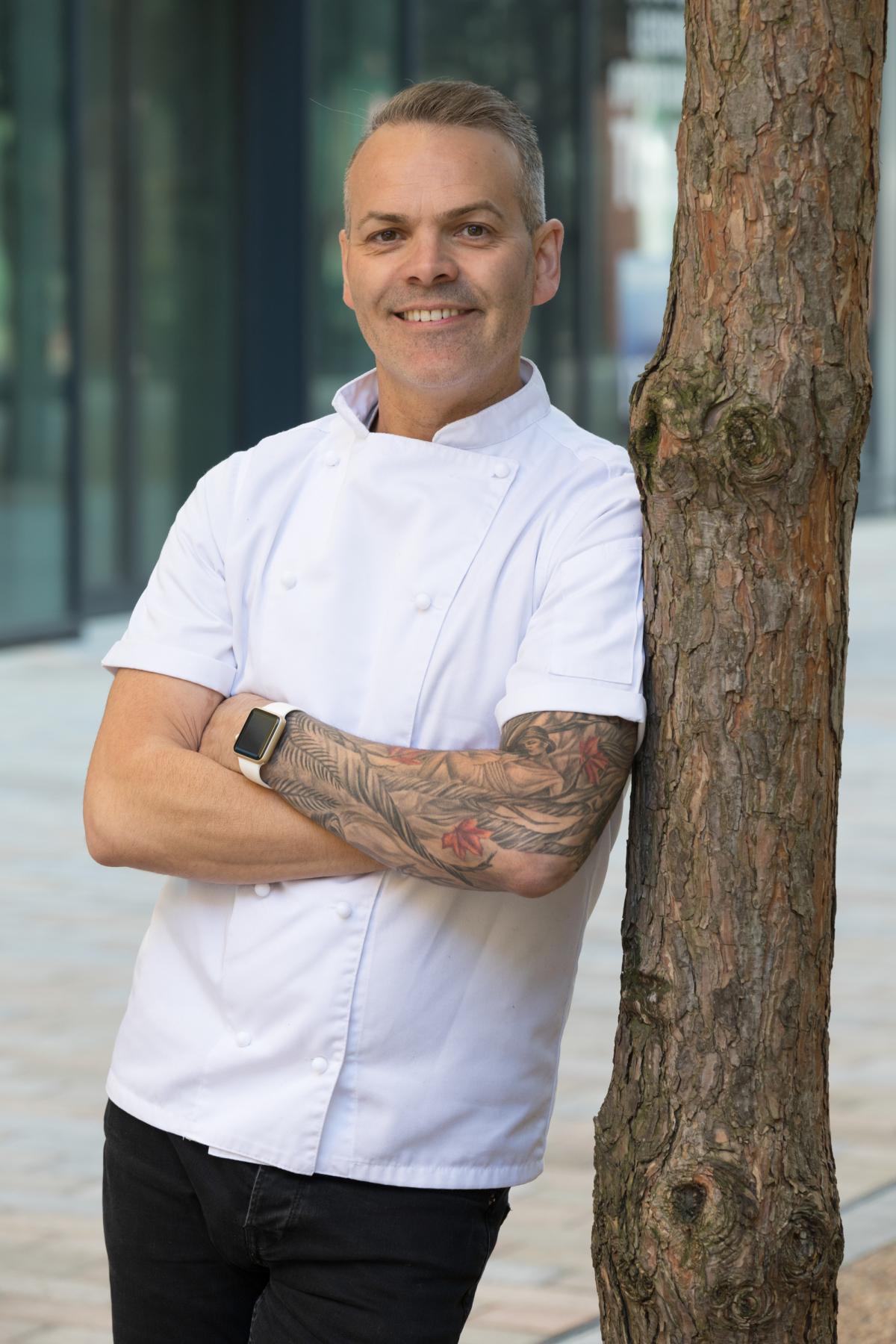 Now with rumblings and rumours circulating about a potential lockdown after Christmas, restauranteurs are fighting back – with Manchester’s Simon Wood proclaiming this week that the government can “shove it” if they try to force another lockdown on him.

It’s not just full lockdowns though, other potential ideas are being thrown around that close pubs and restaurants at 8pm, or going back to outdoor dining once again. As Greater Manchester Mayor Andy Burnham put it mildly: “Outdoor only? Have they been to Manchester in December?!”

Outdoor only? Have they been to Manchester in December?! 🥶

You can’t help but think they’re trying to think of any old excuse to avoid a financial support scheme for hospitality. https://t.co/ng4J5EoWsq

Wood is staunch in his approach – telling the government to “fine me if they want to” and calling for other hospitality bosses to do the same thing.

The next week or so is going to be very interesting indeed, but massively disrupting and stressful for those who operate and work within the hospitality and leisure industries. How are people supposed to have a good Christmas break if they don’t know if they’re even opening in a few days? 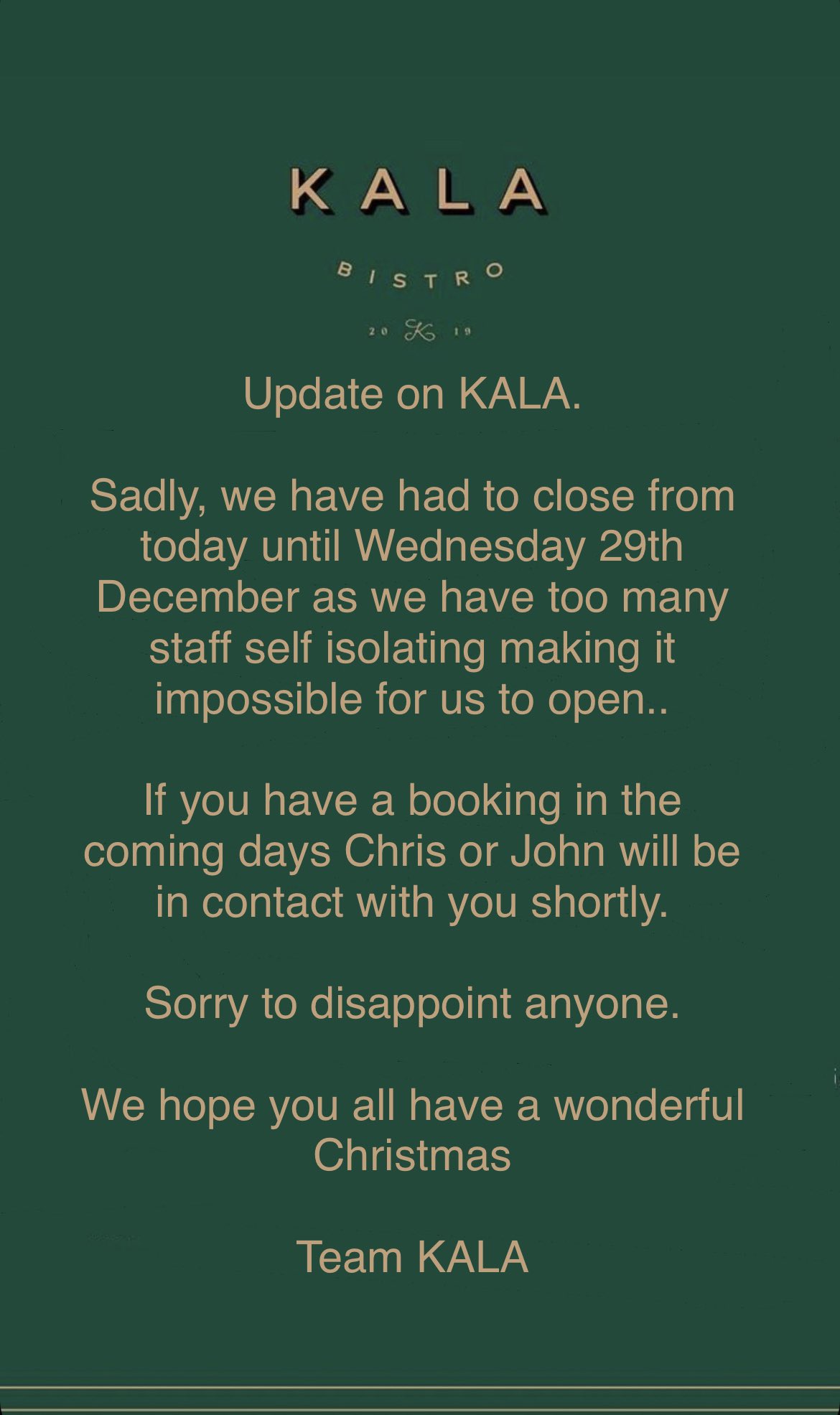 What can we do as individuals to help our independent businesses in Manchester? Well, first of all, once Christmas is finished – go out and book a table at a restaurant, nip out for some bevvies with your mates and get back out into the city’s venues.

We’ll be launching our list of January Deals in the coming days, so you’ll be able to benefit from 50% OFF at many of your favourite restaurants in the New Year – bookings these venues would LOVE to see on their books over Christmas. 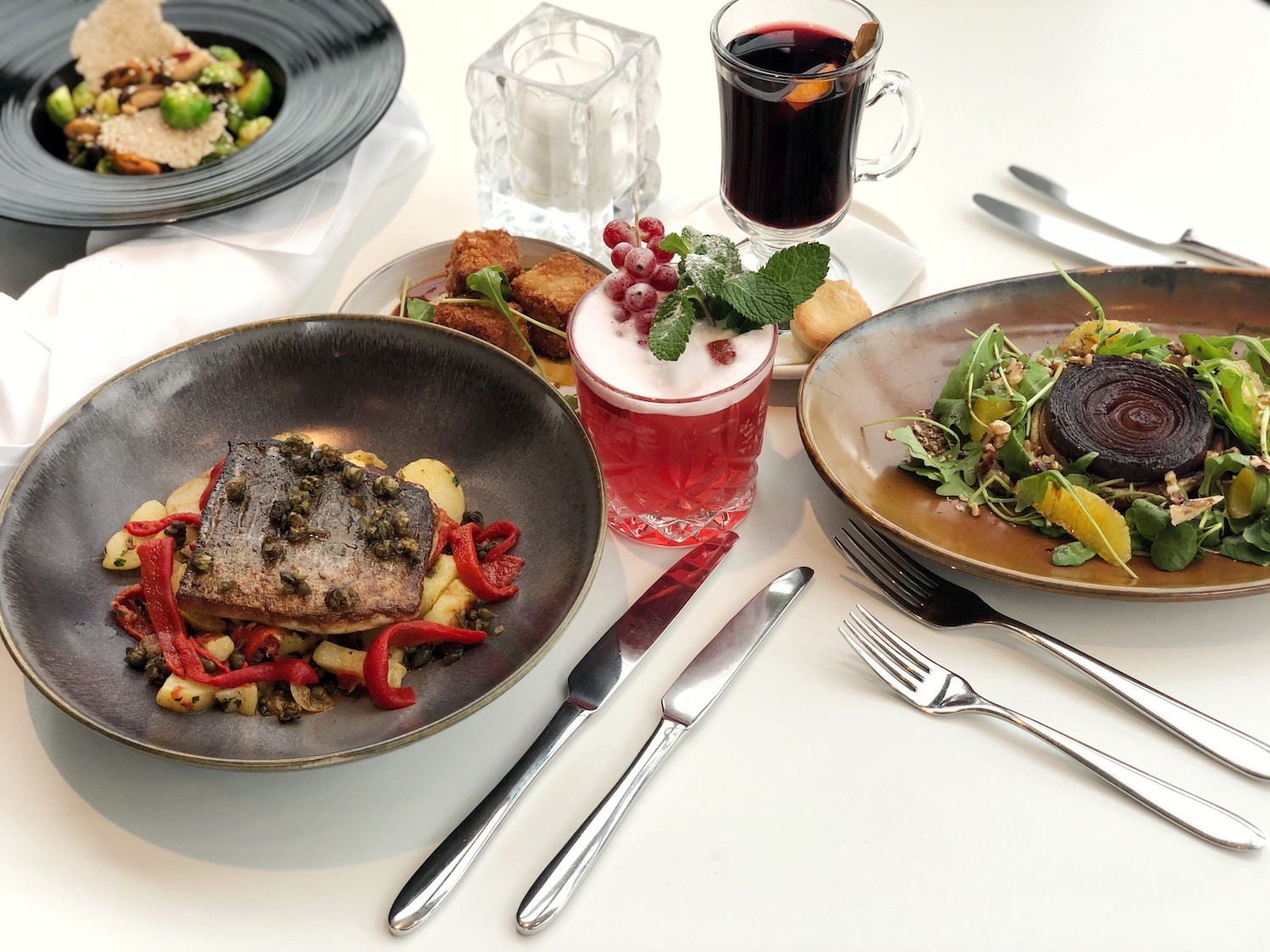 New Year’s Eve is coming up too, always a biggie in any venue’s calendar, and a great way in which you can support the city’s music and clubbing establishments.

At the end of the day, we don’t have a clue what’s going to happen in the next week or so – and we’ll aim to be here to help you through it, as well as letting you know how you can support the city’s venues in this extremely difficult time.

Much like the new Matrix film, I sincerely doubt that this will be the very last time that we will be talking about all of this stuff, but hopefully things will be a bit more clearer next week.