The Best TV Shows to Binge on BBC iPlayer during lockdown

For all those of you that don't have Netflix or Amazon Prime or whathaveyou...

I never realised just how many brilliant TV shows there were available to watch on BBC iPlayer. There’s LOADS.

Now, you might not agree with my choices here, and might wonder why I haven’t included Mrs Brown’s Boys, but just relax, sit down and give one or two of ’em a try, I guarantee you’ll enjoy… 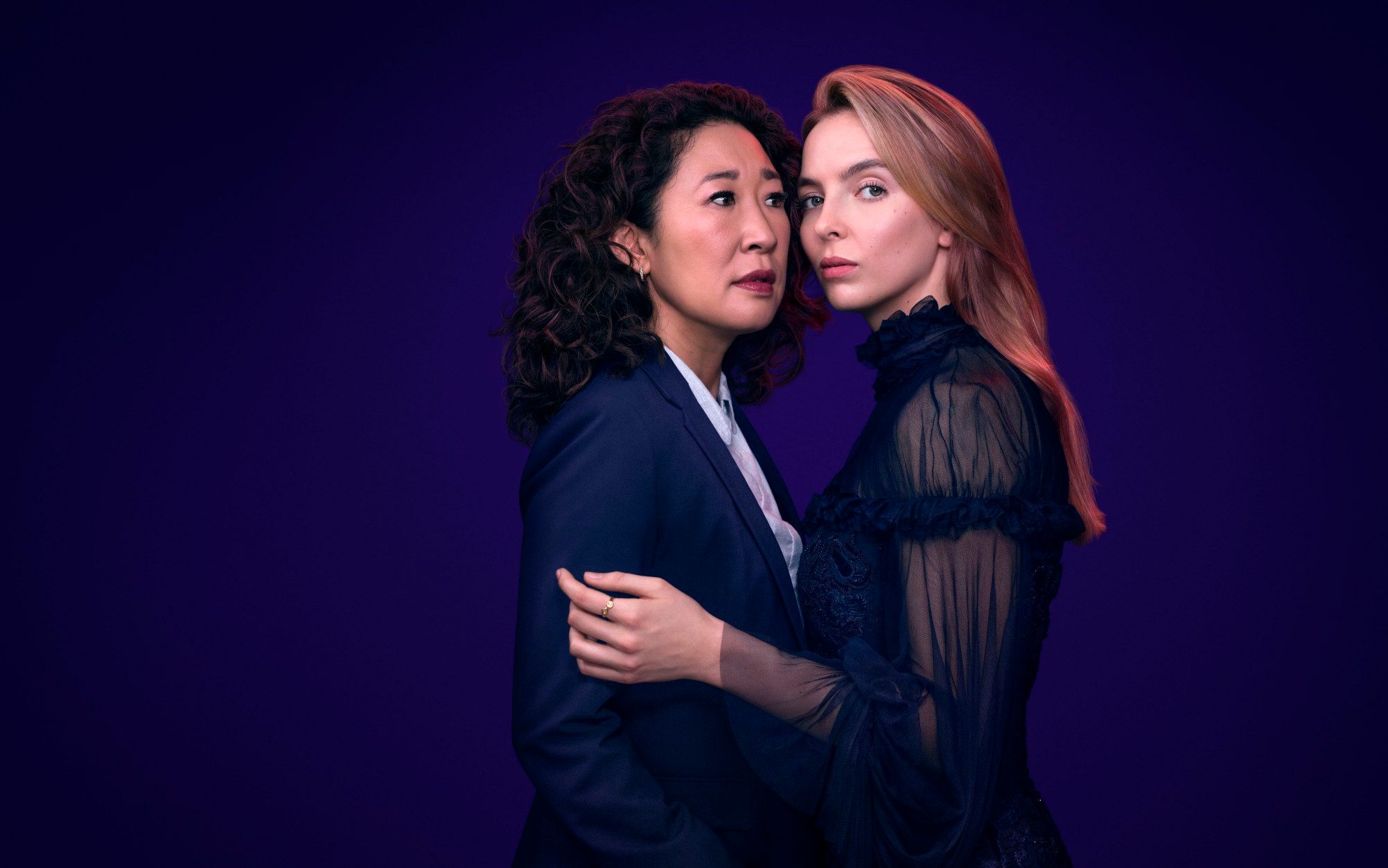 Killing Eve
With a first series written by the formidable Phoebe Waller-Bridge, Killing Eve came as a massive surprise hit to pretty much everyone when it appeared on telly a few years back. The story of two women and their attempts at killing each other, it’s an interesting mix of British sitcom, American action film and James Bond, and it all seems to work. I haven’t actually seen the newest season yet so it might be absolute trash now but the first season is worth a binge for sure. 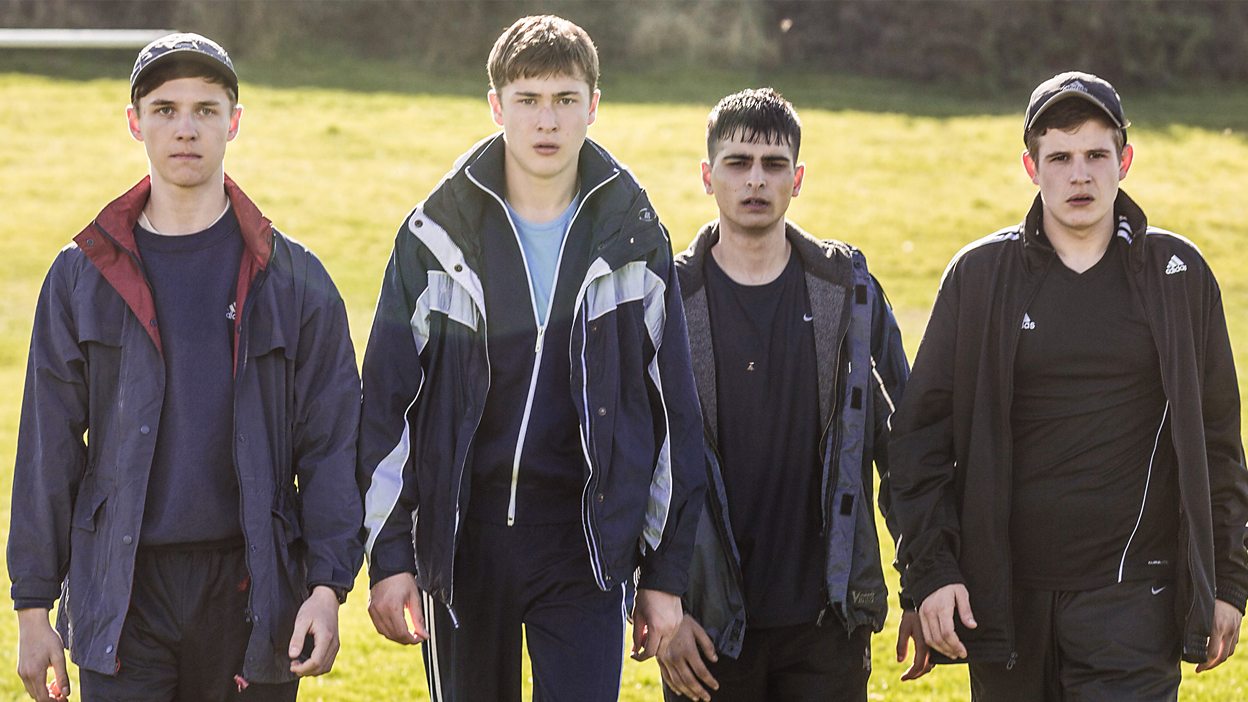 Ladhood
This is probably the only TV show on here that you’ve never heard of, most likely because it was on BBC3 and only about 10 people watched it when it first came out. It’s the story of a fella in his 30’s as he gets into rather difficult social situations. The thing is, these social situations cause him to think back to being a teenager, and how his personality has been formed by those years, and how it’s made him unable to deal with them now. I’ve not described it very well, but it’s a fantastic insight into growing up in Britain, much better than The Inbetweeners and it’s also rather a sweet story. Give it a go. 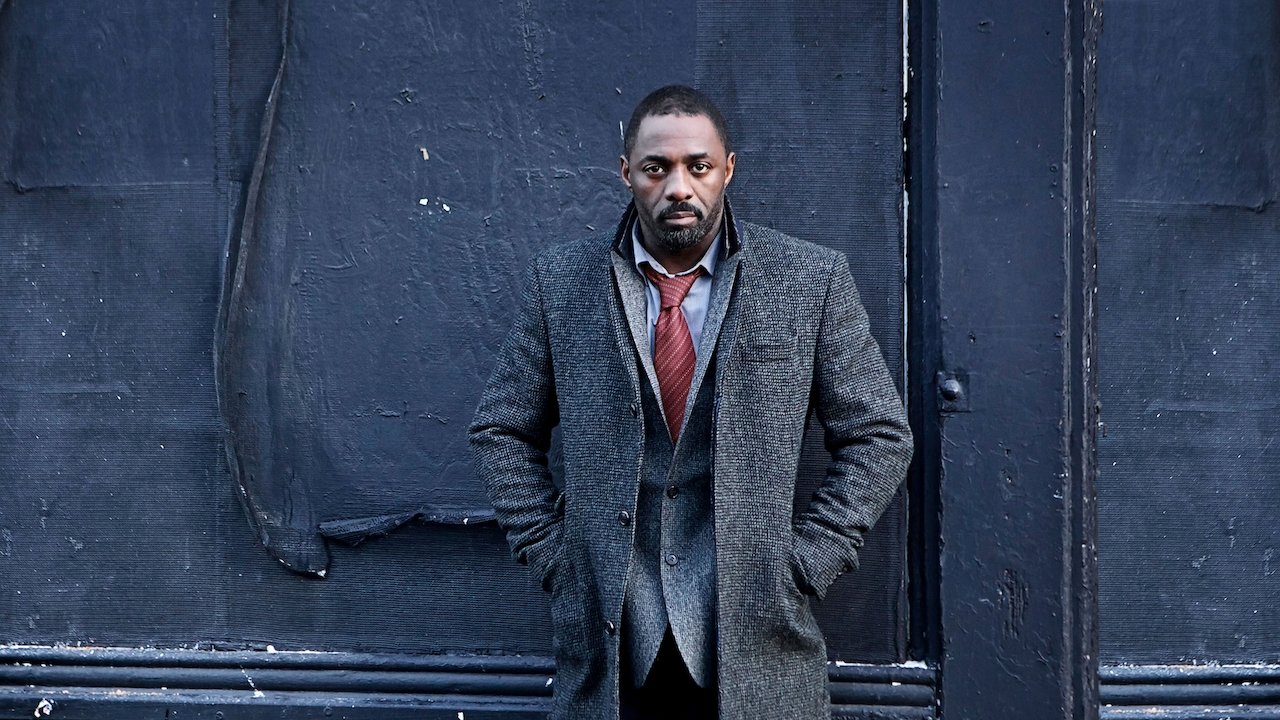 Luther
It may have turned a little silly towards the end, but what many people seem to forget is that Luther was always a little bit silly in the first place. It’s supposed to be a bit OTT – that’s why you have that psychopath Alice turn up right at the start. It’s all there to show just how good of a dirty cop John Luther really is and there’s no denying it – Idris Elba is outstanding. 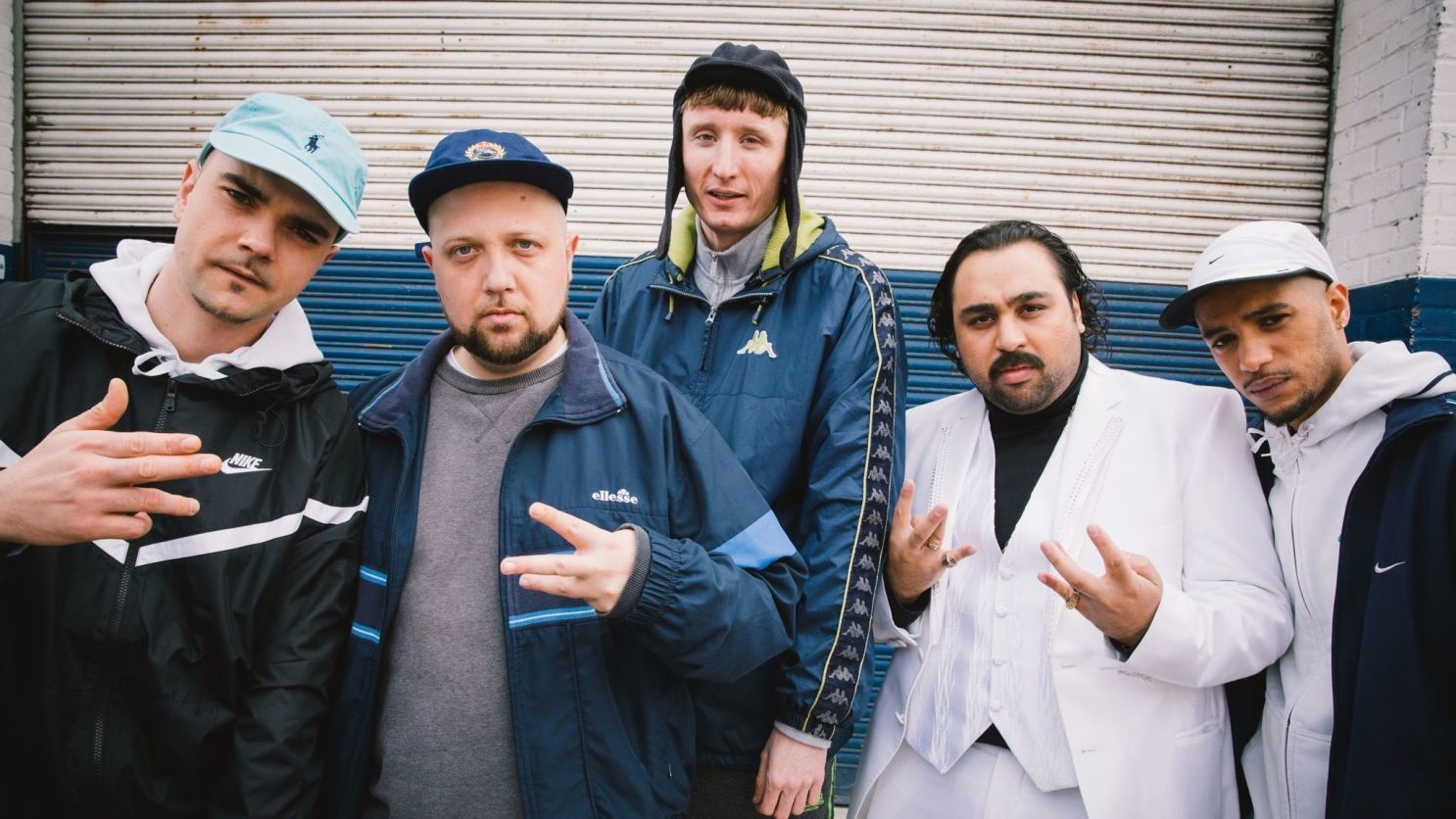 People Just Do Nothing
Comparisons with The Office are always likely to surface when a series uses the ‘mockumentary’ style and that’s probably the only negative stuff I’ve heard about PJDN – that it’s too similar to it. Well, of course there are similarities there, but that’s only because The Office was such a nuanced insight into the absurdities of real life, that if anywhere else gets close to that – then it’s going to look like it’s copying. People Just Do Nothing also provides truly memorable characters and unlike The Office, actual laugh out loud gags as opposed to all that cringe. 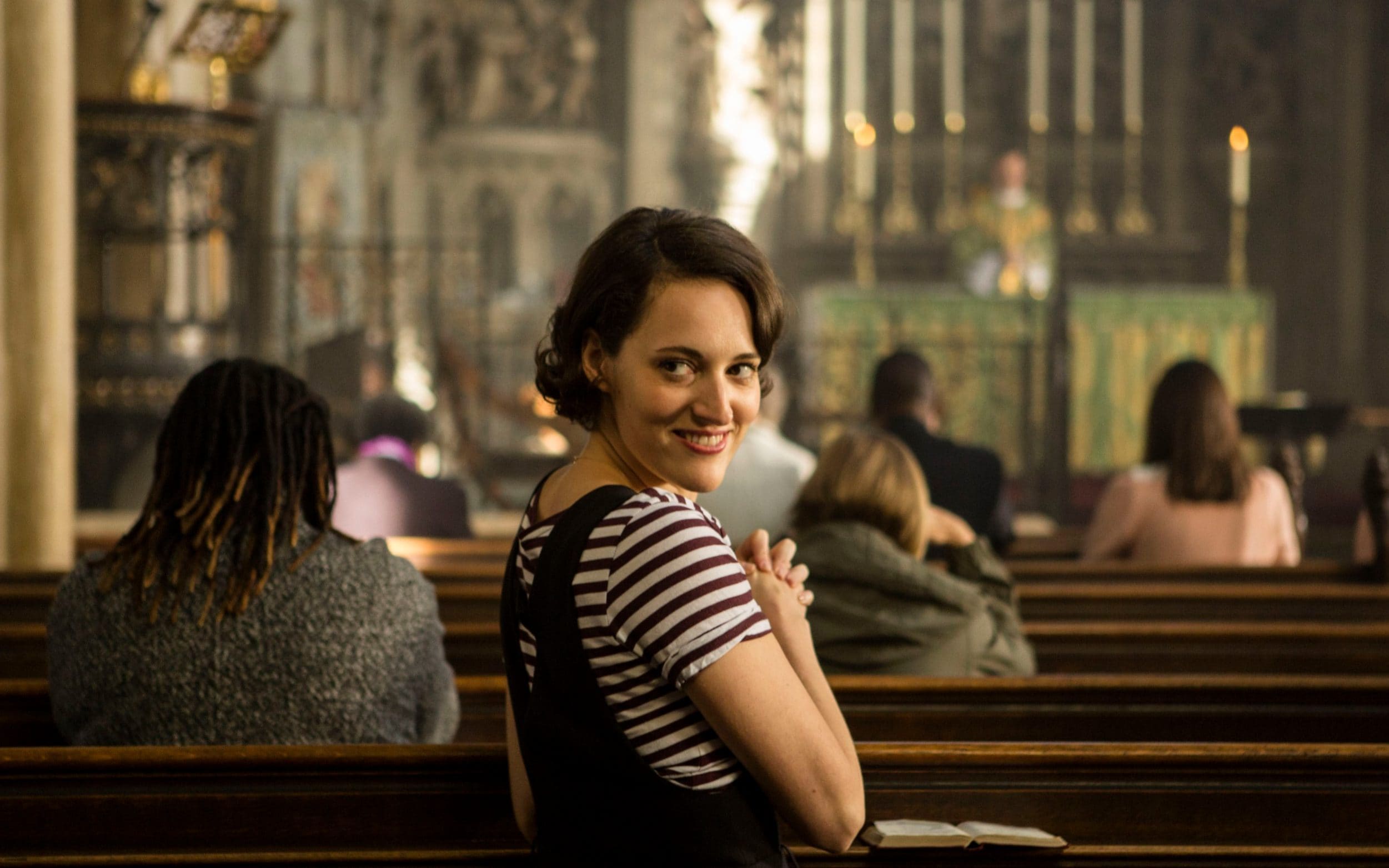 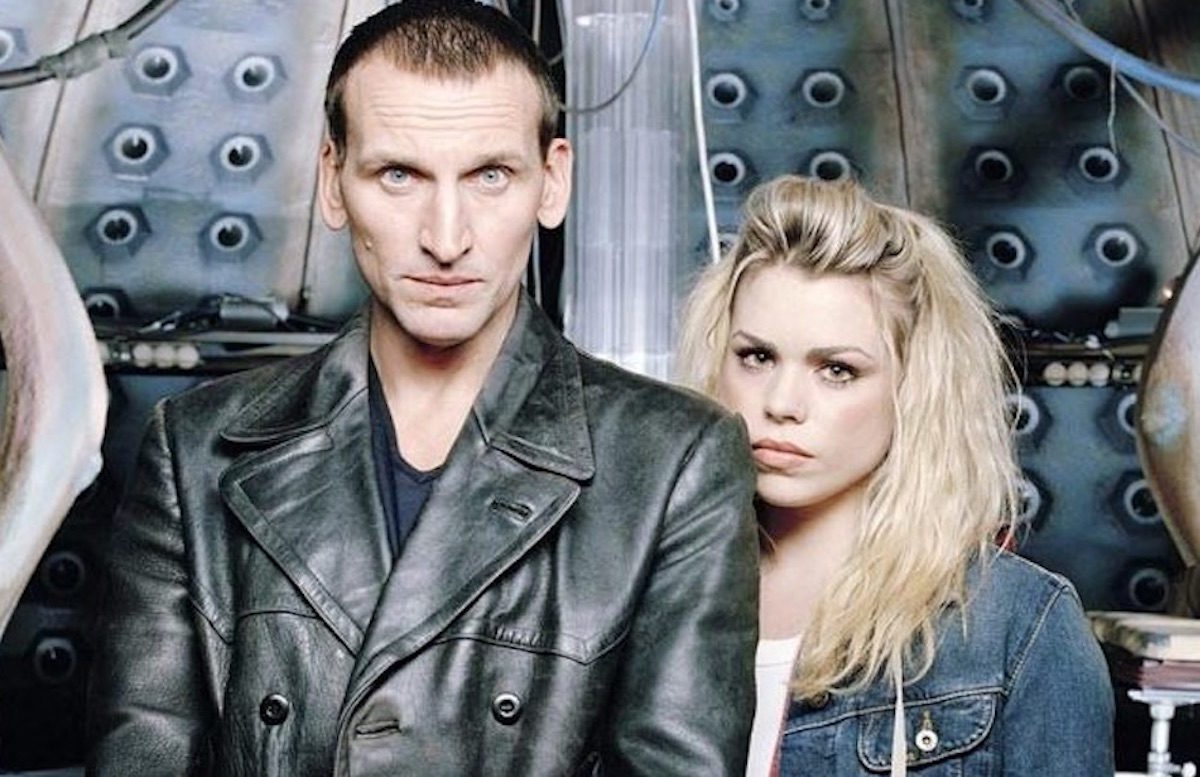 Doctor Who
Not JUST for all of the geeks out there, I think Doctor Who has suffered much in the same way that many sci-fi shows do – they end up disappearing up their own arse to please their (usually mental) fan base. Instead of just being a fun show about a time travelling alien, every episode gets dissected by thousands of angry nerds on the internet, and that’s a shame because there’s plenty to go on here. Throughout the 12 series there are some cracking episodes, and our very own Christopher Eccleston is fantastic as the first (of the new) Doctors. 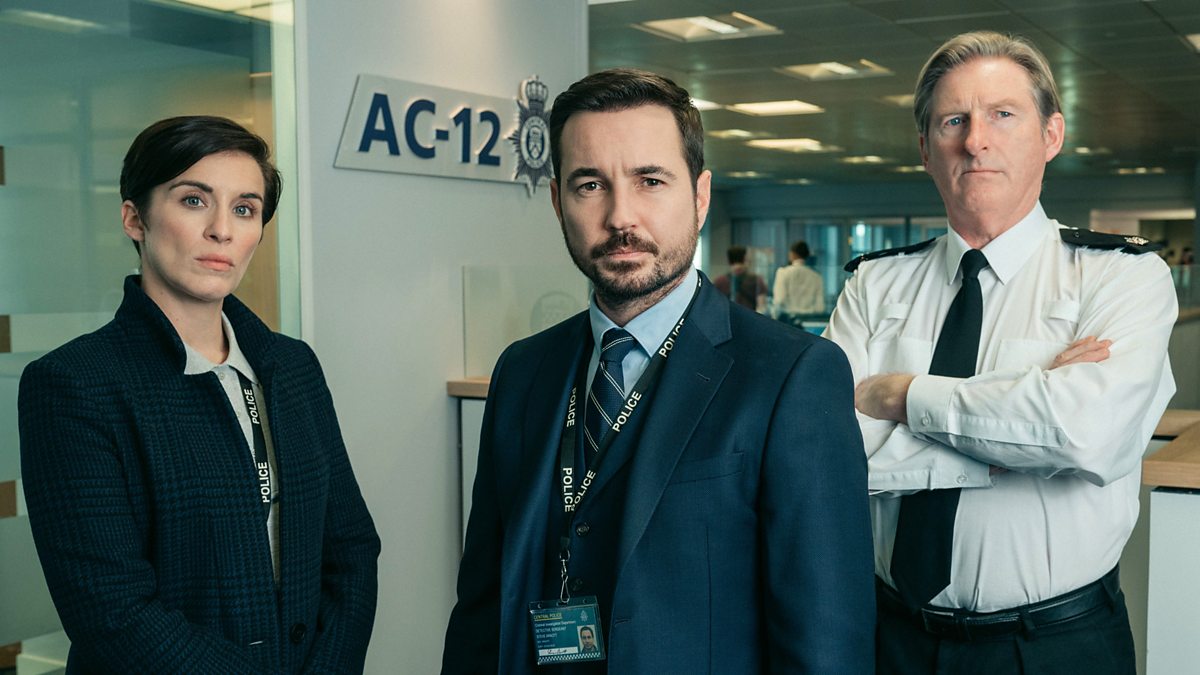 Line of Duty
Quite certainly one of the greatest police dramas ever made, Line of Duty takes everything you’ve ever known about copper shows and completely turns it all of its head. It’s all about dirty cops but it’s from the perspective of AC-12 – the police department tasked with investigating and taking them down. This usually ends up with the most tense and exciting parts of each series being the bits where everyone is just sat in a little room, talking about evidence. It’s edge-of-your-seat kinda stuff and it’s a MUST watch through and through. 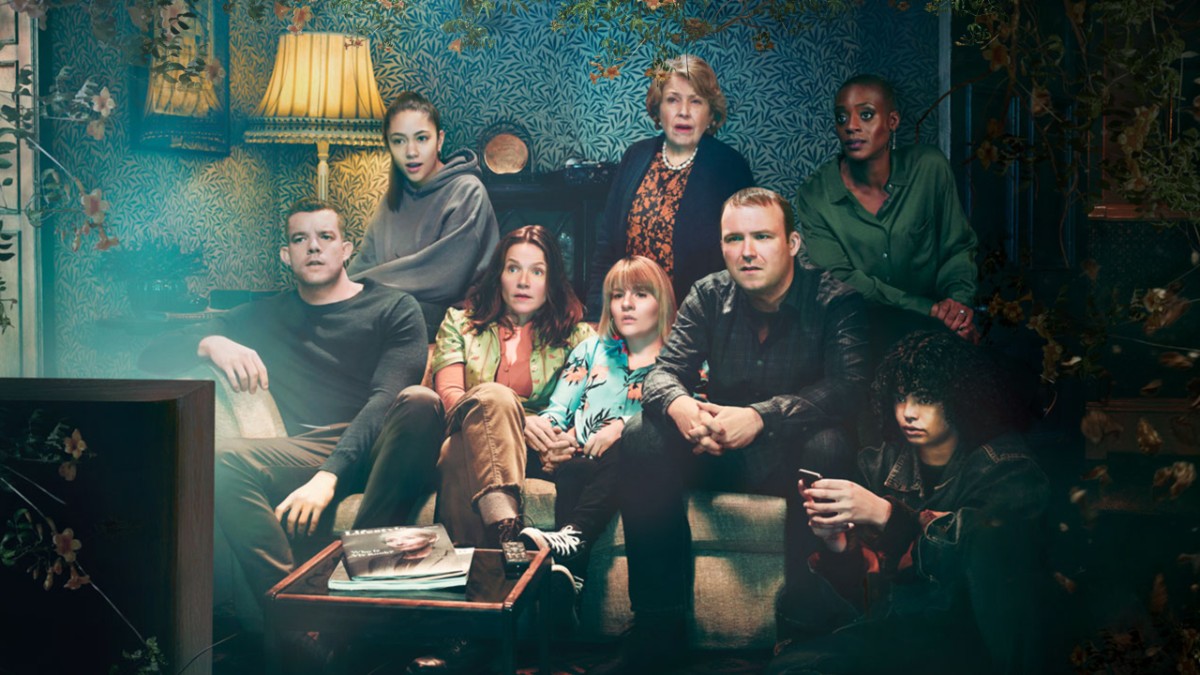 Years & Years
I started watching Years & Years as a bit of background noise when I was doing some work one evening, but as soon as something happened at the end of the first episode, it was promoted to my full attention. The series revolves around a family, and their experiences over the course of 15 years (in the future). It aims to predict many of the social, economic and political events throughout that time, many of which are truly horrifying and upsettingly very possible. They didn’t predict Coronavirus but it’s not hard to see how many of the events depicted are likely to happen. 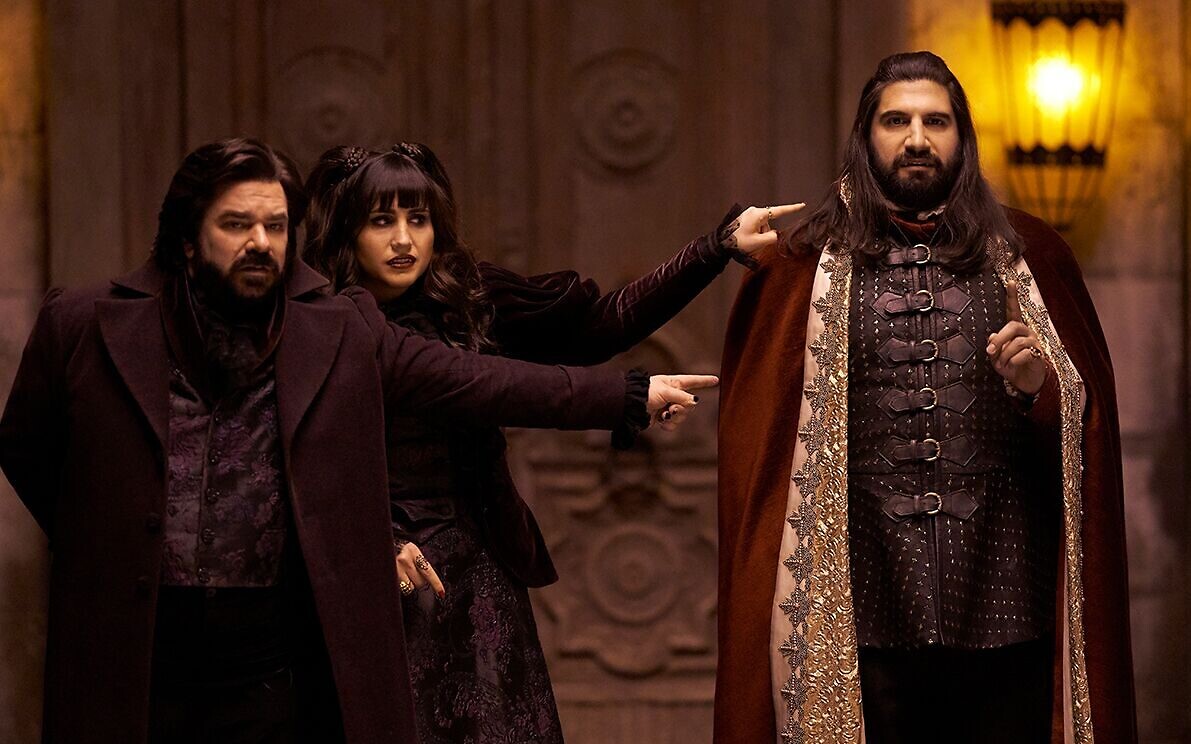 What We Do In The Shadows
Now in its second season over the pond, What We Do In The Shadows is the TV sequel to the outstanding film from Taika Waititi – telling the story of 4 vampires in a flat share in New Zealand. Well, the series re-locates to the US, as a group of vampires struggle with life in a house on Staten Island. Many people would say that it’s funnier than the movie, I’m not one of them, but it’s still one of the funniest things you’ll watch on telly ever. 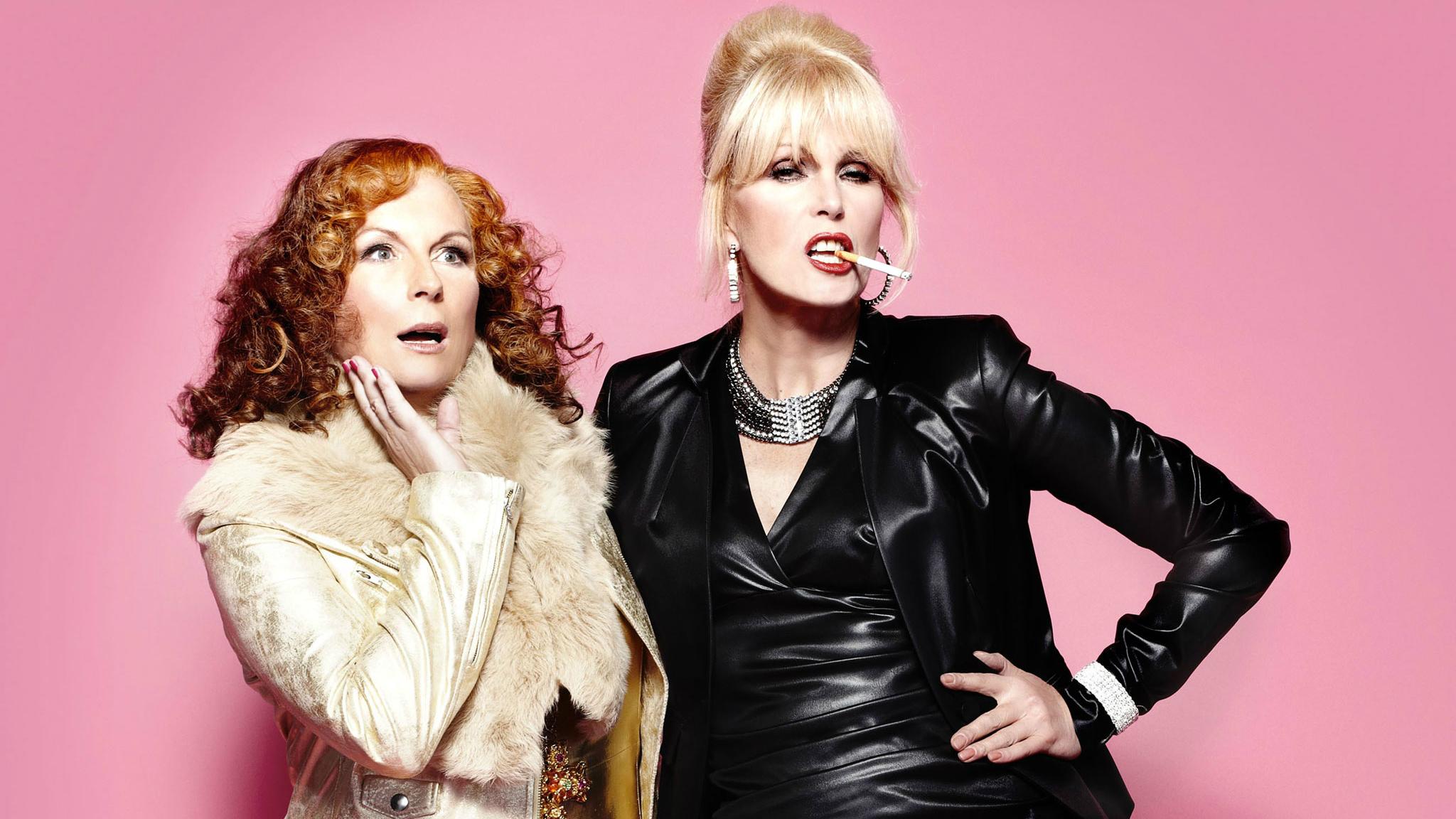 Absolutely Fabulous
I was never a massive fan of Absolutely Fabulous when it was on telly, mostly because I was still a bit young and struggled to understand most of what was going on. It was only really of interest to me when they fell over really. On re-watching it as an adult though – it surprisingly holds up really well, weirdly giving us an insight into a life that we never thought we needed – that of a washed-up, pissed-up 90’s socialite. Lumley might like garden bridges too much but she sure can act like she’s pissed. 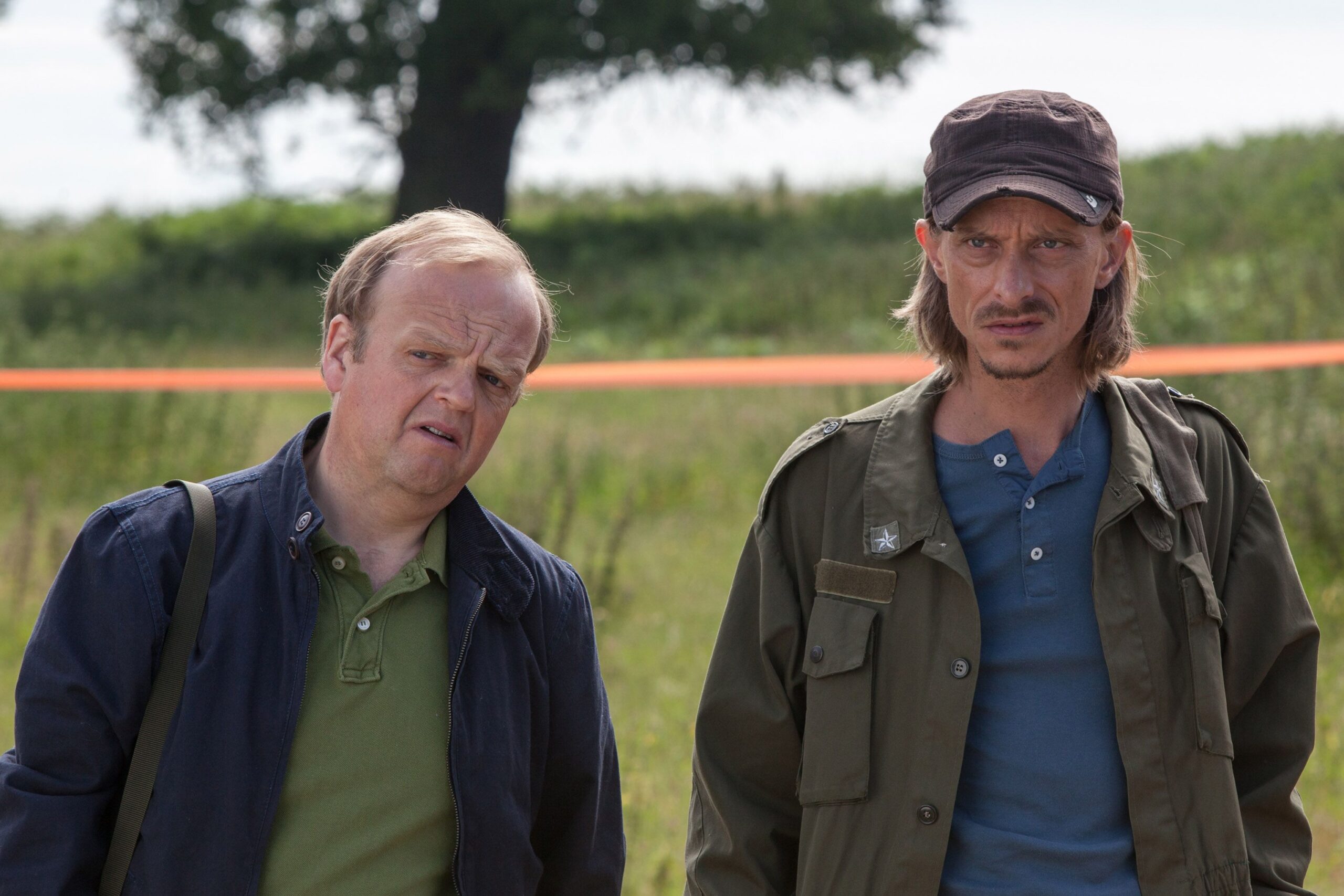 Detectorists
It’s not the easiest TV show to get into but once you do – Detectorists is an absolute pleasure. The main problem at the beginning is that it’s really rather slow, with not much happening for the first couple of episodes. This continues throughout, I mean, it IS based on metal detectorists, but as you watch you slowly find yourself relaxing and adopting a slower, more serene outlook on the whole thing. By the end of it you’ll want to grab a metal pole and go out on the fields for hours and hours yourself. Don’t though – it’s actually really boring. 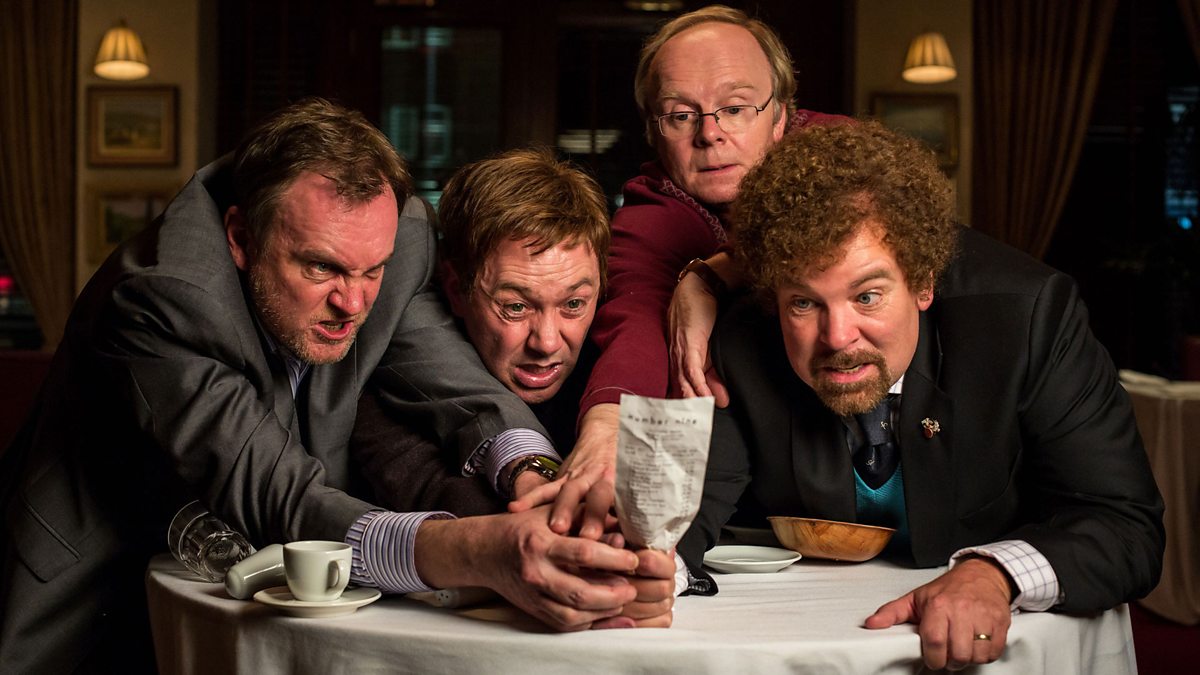 Inside No. 9
An ‘anthology’ series by two of the League of Gentlemen fellas, they actually write each one and most of them are sheer genius. There’s the odd dud but they’re made up by some truly exceptional episodes of television, each one an emotional and funny story in itself. It’s hard to choose my favourite one so I’m not going to bother, but there are enough episodes out there to keep you binging for a few days – because once you start – you won’t want to stop. 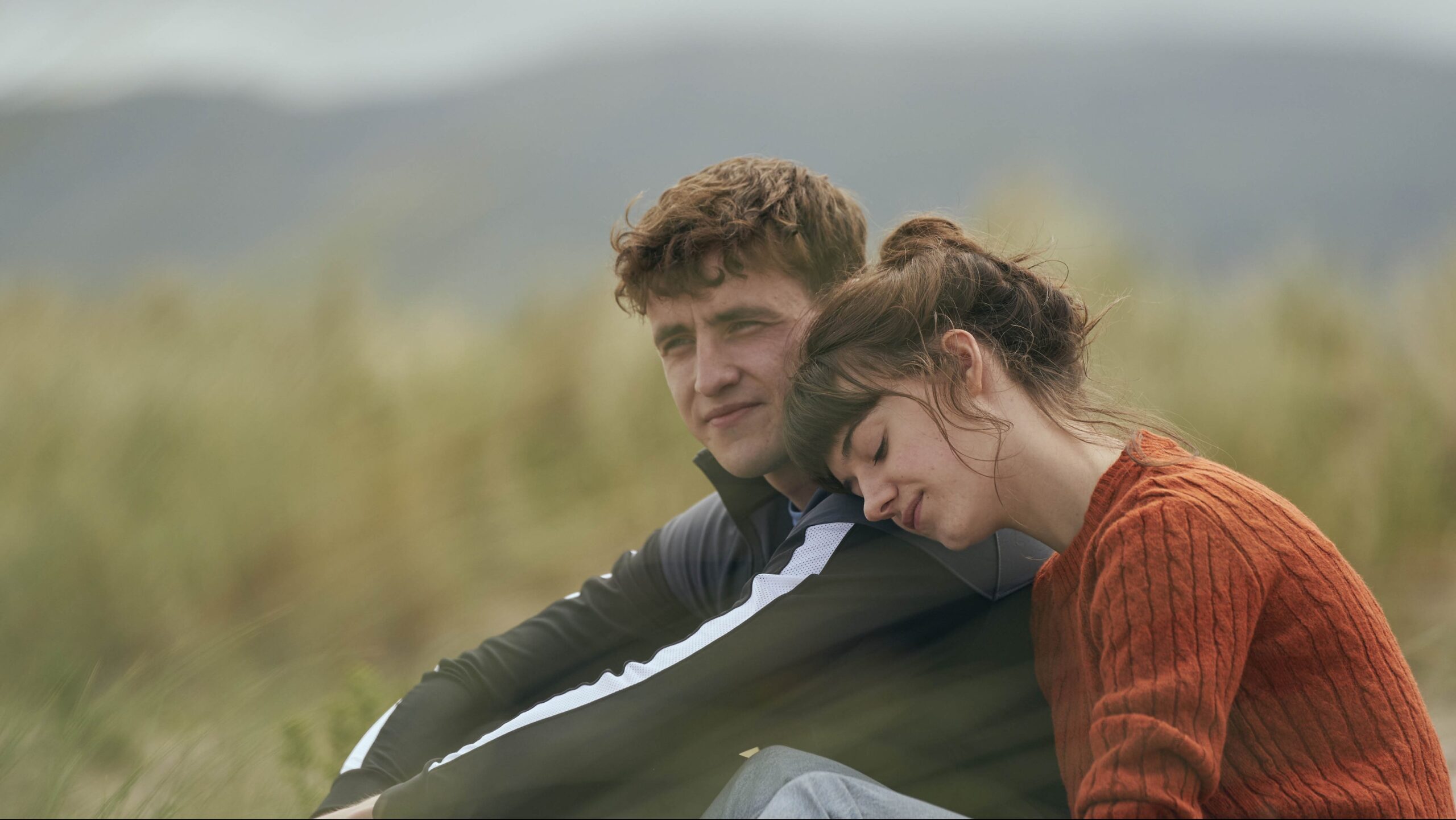 Normal People
This is new and I’ve heard it’s really, really good but I’ve not watched it. I’ll crack on with it over the weekend and let you know how it goes.