There's a massive supply chain behind every live gig who have mostly been forgotten.

A huge part of Manchester’s culture is built on music – it goes without saying.

But thinking economically, a gig has a much wider impact. Whether that be the tram you take heading to the arena, the dinner you treat yourself to in the NQ before a gig at Night and Day or bevs at Big Hands before a show at Academy. The economy around the live music industry is so much bigger than it appears at first glance.

And with that comes a massive supply chain who have unfortunately been mostly forgotten throughout the crippling pandemic. 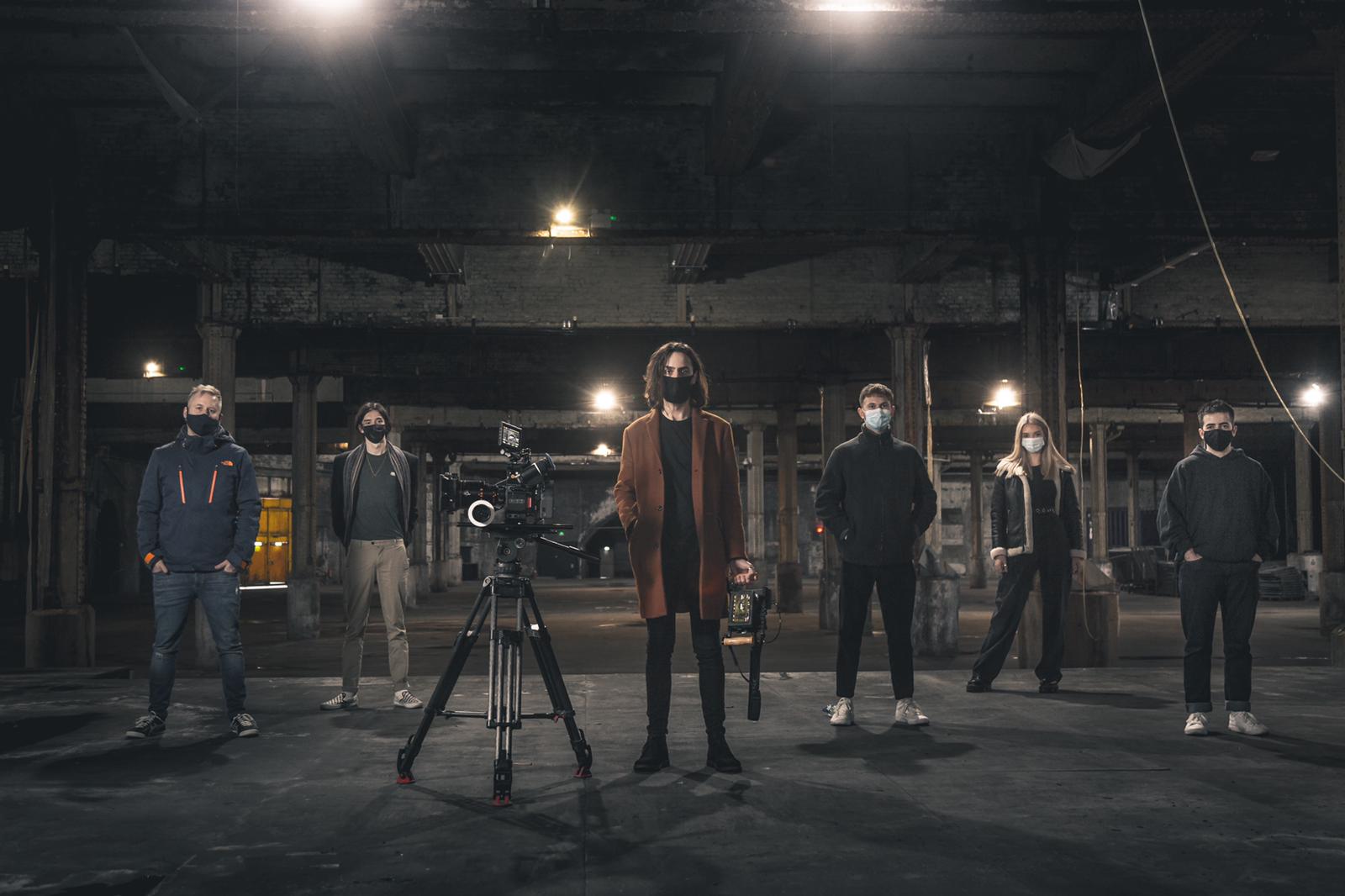 A Manchester-based group of filmmakers, sound engineers, light engineers and make up artists as well as a range of musicians came together to create an unfunded documentary about the effects of the pandemic on the live music industry.

The moving short documentary spotlights those music industry professionals who have fallen through the cracks when it comes to financial support.

With no clear path on how gigs can begin again, the industry is in trouble, suppliers are going out of business, small venues are facing closure, and talented specialists are leaving the industry to find new careers.

This Is Just An Interval shows tales from the professionals that make up the live events supply chain from artists, promotors, equipment suppliers, and freelance professionals. 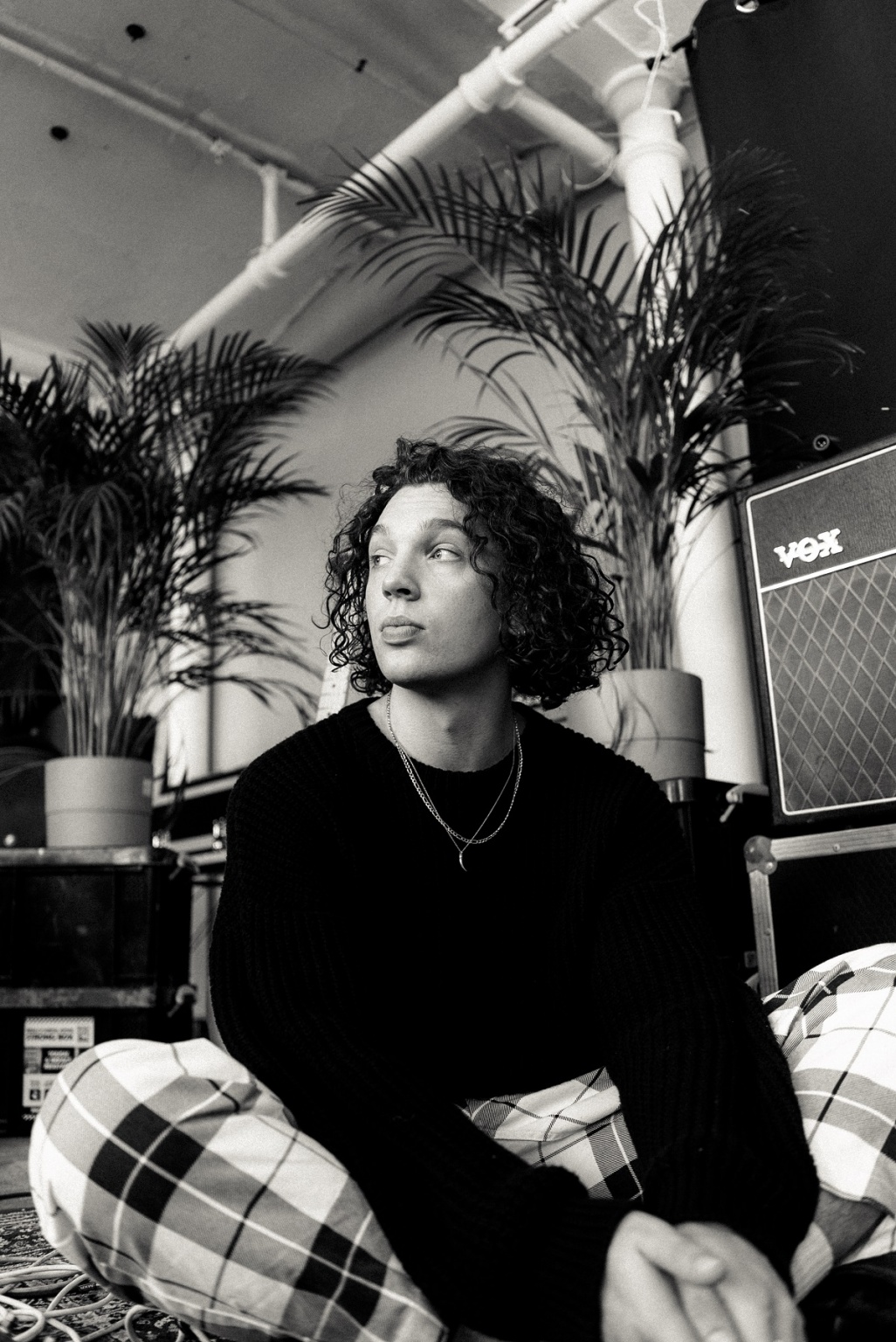 Those taking part donated their time to create the documentary to shine a light on those in troublesome situations due to the industry.

The team behind the film are hoping to share the documentary as far and as wide as possible. Director, Matthew Boone said:

“Our end goal is for the video reach those who have the ability to influence or make change to the industry, through a clear pathway on how gigs can return and financial support for those falling through the cracks.” 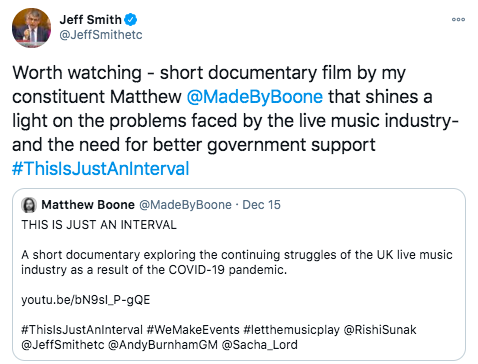 Labour MP for Withington, Jeff Smith has tweeted the documentary to his 10,000 followers but the filmmakers are aiming bigger, hoping to catch the eyes of those who are well-versed in fighting for the support of the North including Nighttime Economy Advisor Sacha Lord and Mayor Andy Burnham.

Looking even further afield, they hope the documentary can reach those in government such as Rishi Sunak and Alok Sharma who both can ultimately implement changes.

The Rise & Fall of Boddingtons: The Cream of Manchester

“This is The One: Let’s Kick Cancer’s Arse” – A Night of Fundraising curated by Stone Roses legend Mani