THIS WEEKEND: The World Black Pudding Throwing Championships are BACK!

Yep, this actually exists and it's this Sunday... 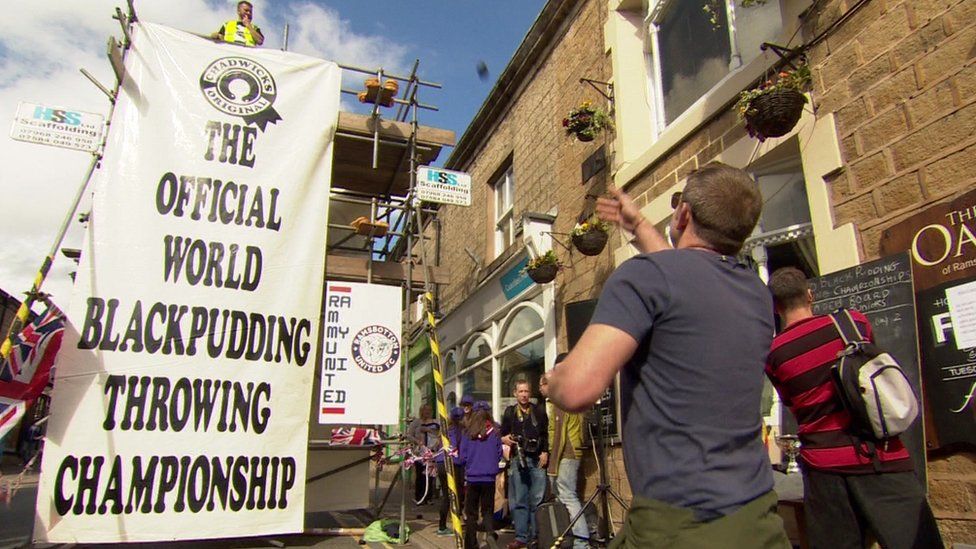 The idea is simple. You step up, Bury black pudding in hand, and before you stands an 8 metre high plinth topped with Yorkshire Puddings. All you need to do is knock as many of the puddings off the plinth, using the black puddings, as you can.

You’ve for three tries and the person who knocks the most down – well, wins.

In what must be the most Northern turn of events ever, this is actually real, an a bloody day out too down in Ramsbottom and it’s taking place after a year away (COVID obvs) this Sunday 12th September. 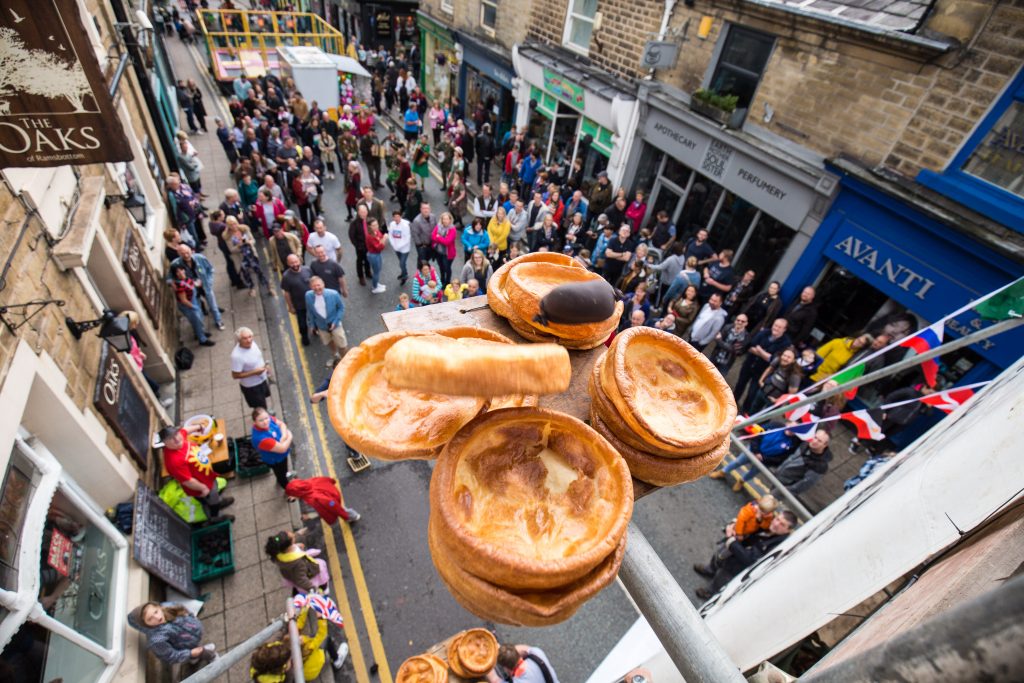 The championships are usually held annually, right outside the Royal Oak Pub on Bridge Street on the second Saturday of September. Local legends claim that the event harks all the way back to the War of the Roses – where the fighting factions of the House of Lancaster and the House of York met at Stubbins in 1455.

The legend goes that they ran out of ammunition and resorted to throwing food at each other, black pudding from Lancashire and Yorkshire Puddings from, well, Yorkshire. 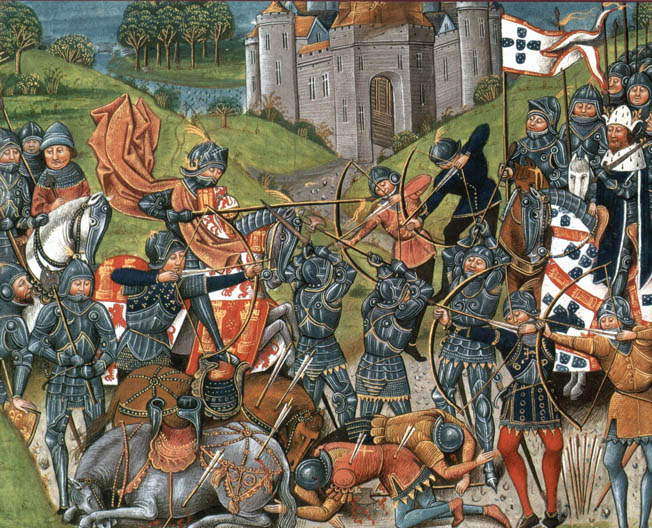 I’ve just done a bit of research and was surprised to see that they did indeed have guns back in 1455 – although they were crude, inaccurate and for the most part ineffective. They were essentially a short tube on the end of a stick with a bit of gunpowder in the end.

Most of the fighting was done using swords, lances, maces and other medieval weaponry that you’d see adorning the walls of ‘Lotto Lout’ Michael Carroll, so quite why they’d decide to throw food at each other is a mystery. 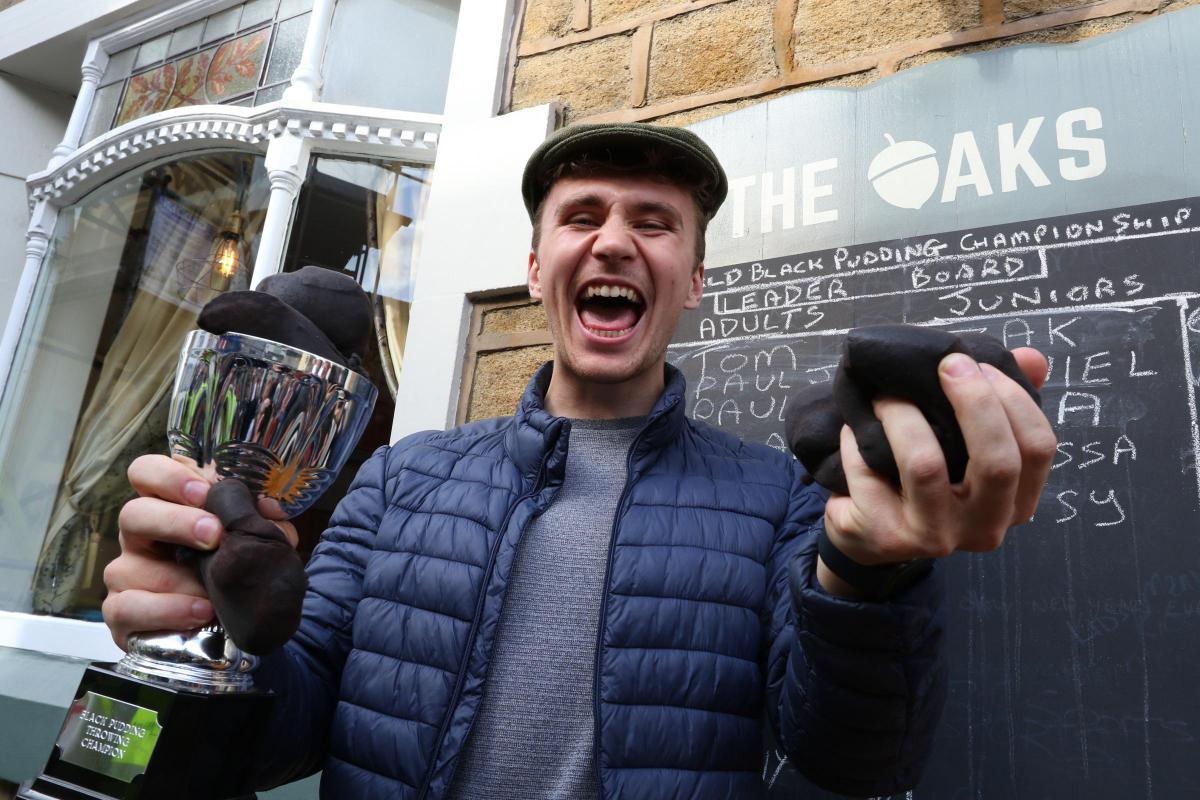 It’s a nice story though and one which caught the attention of a pub landlord in Ramsbottom in 1839, who decided to revive the competition for a spell. It was revived again in 1984 by the Stubbins Community Trust and has been a popular event in the town’s calendar ever since.

Last year’s winner (well, 2019) was a man called Tom Lowden, who will be heading back this weekend to defend his title. If you want to try and beat him, the entry fee is £1 and you get three tries. 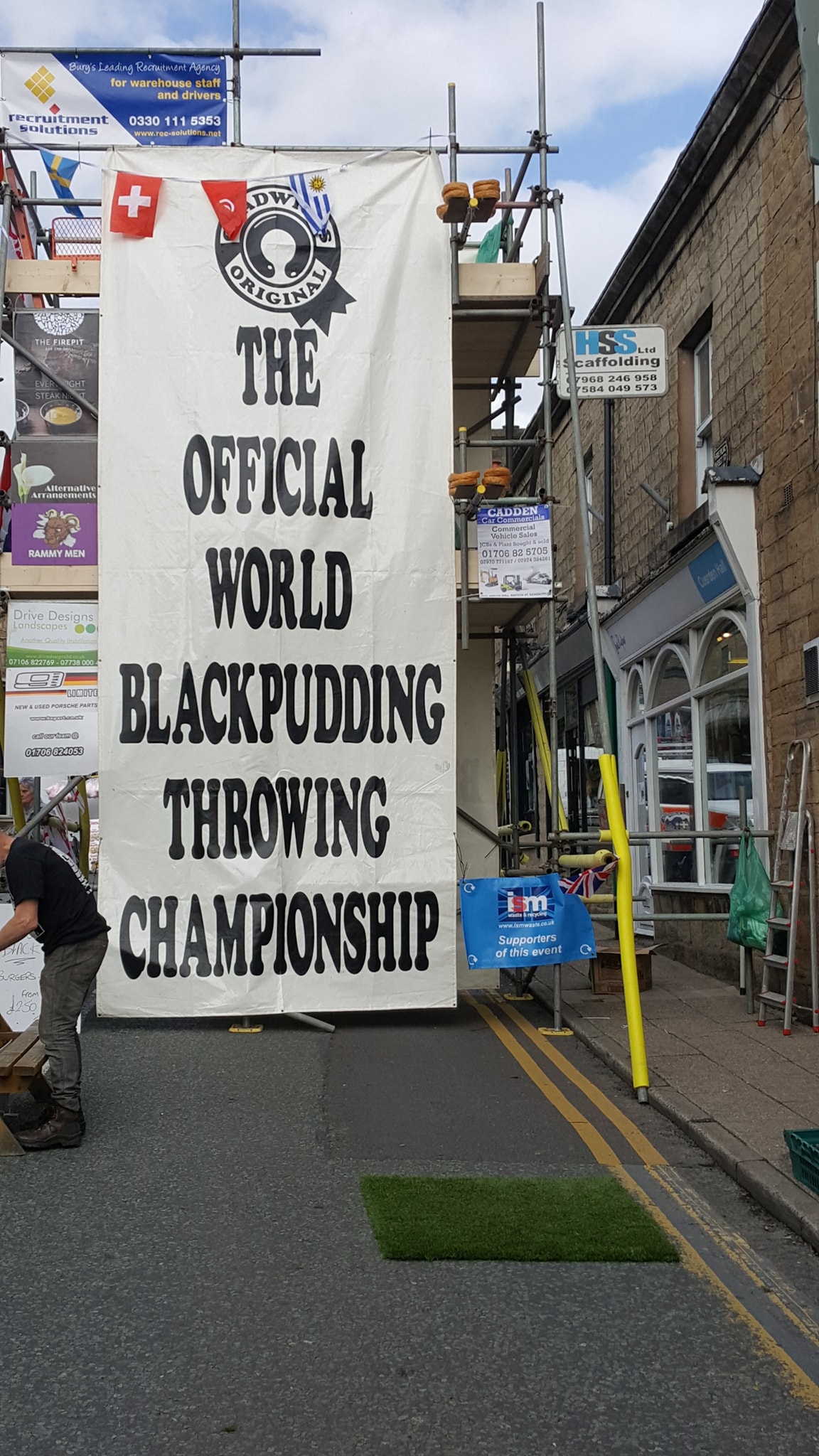 COMING SOON: A New Boutique Hotel in the heart of the Gay Village