Including exotic rum punches, 24k gold nuts, absinthe and a Piña colada with Pinot Grigio in it!

I’ll be honest with you; I’ve struggled to find many decent rum cocktails in Manchester. What’s going on? Do people not like rum or something?

Anyway, for the rest of us that do – here are our picks of the best rum cocktails to get in the city and beyond… 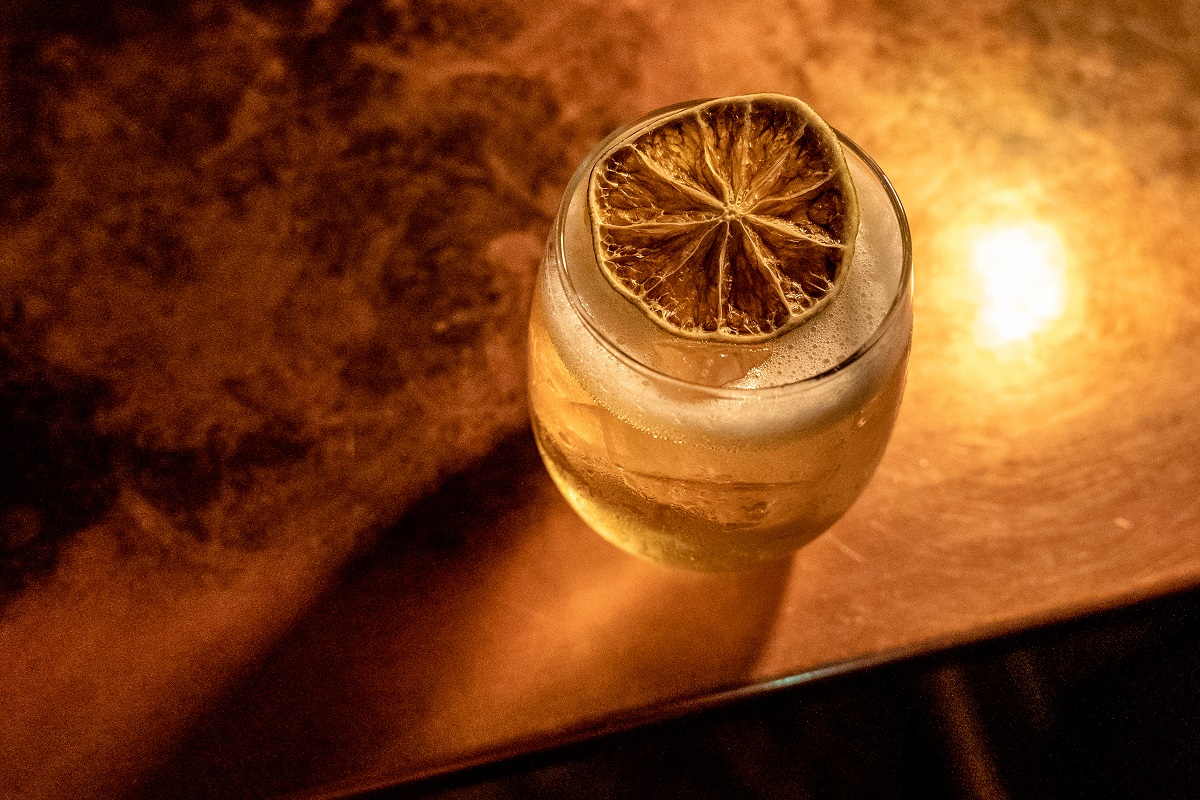 Pinot Colada @ Science + Industry
Simple one this. This cocktail is the BEST rum cocktail in the city at the moment and I challenge anyone to put another one forward which matches it in terms of booze, taste and creativity. It’s Science + Industry’s version of the Pina Colada but as you’ve probably guessed – there’s some Pinot Grigio in there too which takes it to a whole ‘nother level indeed. If you like rum you should have one of these in your hand right now. 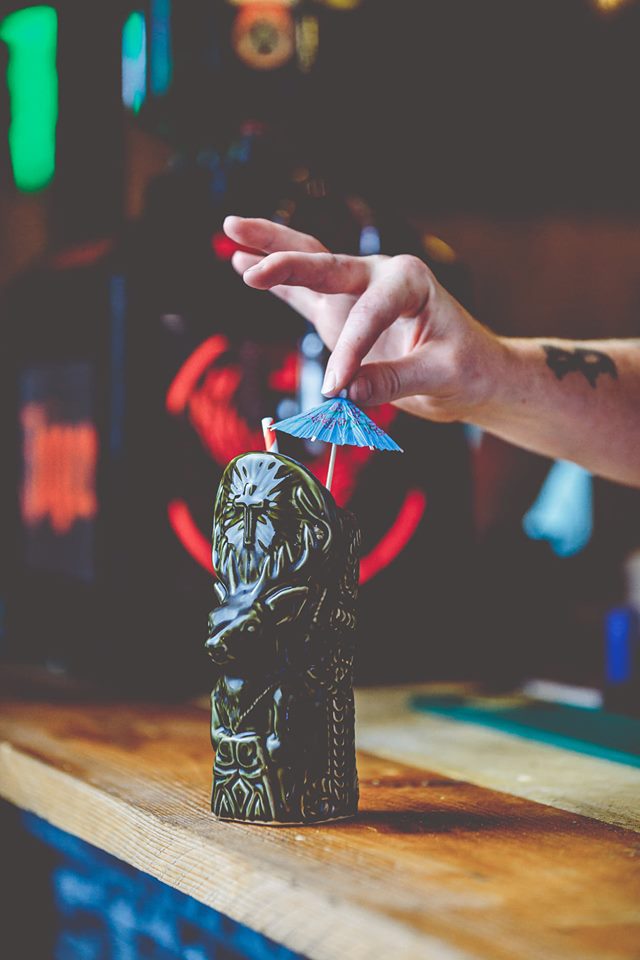 Tiki Time @ The Clubhouse
The newest dive bar in the city, The Clubhouse is tucked away under the Mancunian Way in Hatch and is bloody brilliant. It’s exactly what you’d expect from a dive bar, including shit tunes, dodgy decor and some truly excellent cocktails. Rum-wise you’re looking at their Tiki Time – a concoction of 3 types of rum (white, dark and spiced), Wray & Nephews, Blue Curacao and strangely enough Jagermeister. Proper loopy juice! 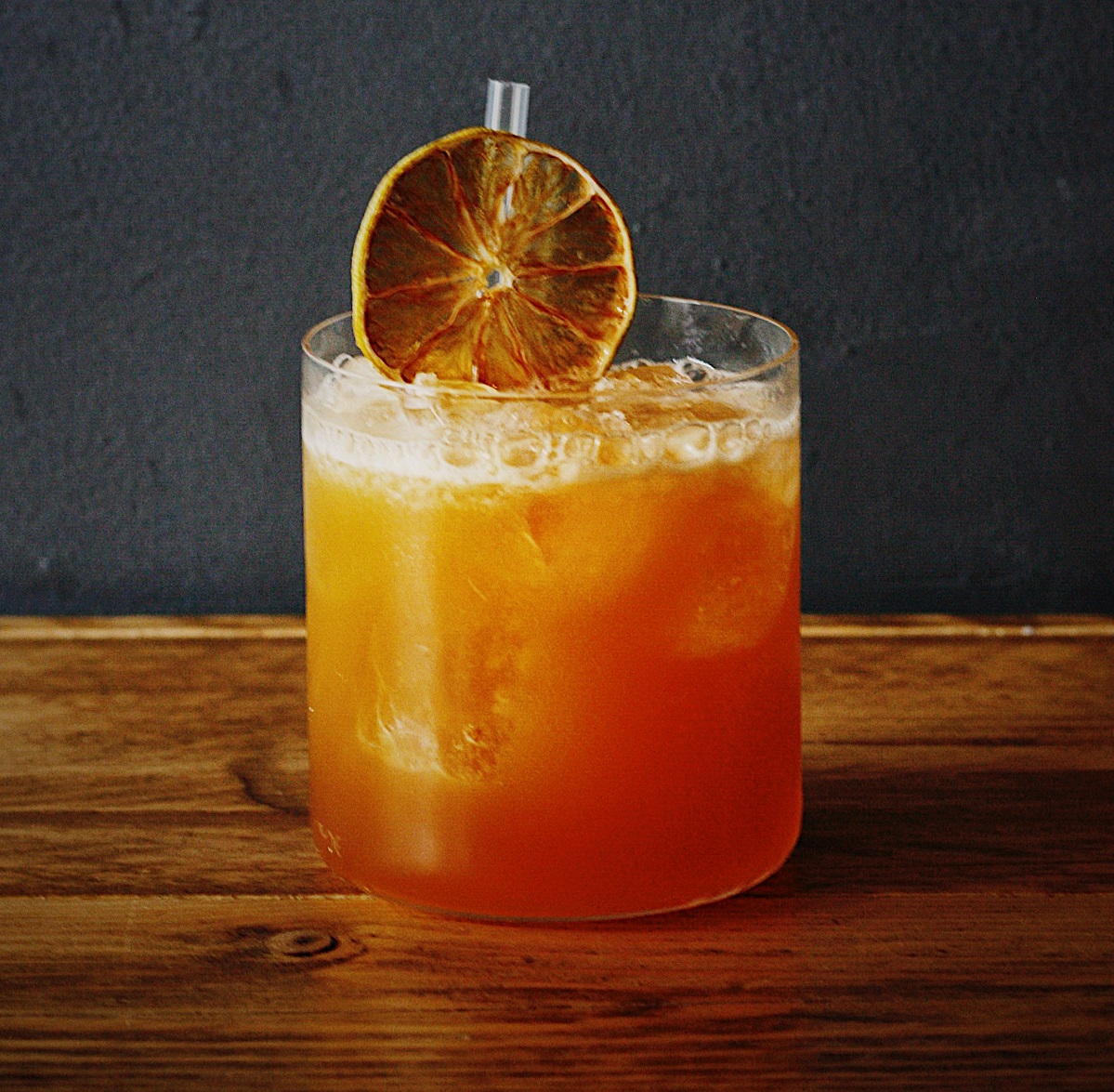 Sting of the Tail @ Henry C
Chorlton’s best neighbourhood cocktail bar will probably be in most people’s top 5 bars in the whole of Manchester – and with good reason. The highly skilled and dedicated staff here make some mean cocktails for your sipping pleasure, and their rum-based number – Sting of the Tail – is a winner indeed. It actually features one of the most fun spirits of all time, no not Casper, but Absinthe. Yep, this fucker is strong – and paired with the rum and pineapple – it’s refreshingly moreish too. 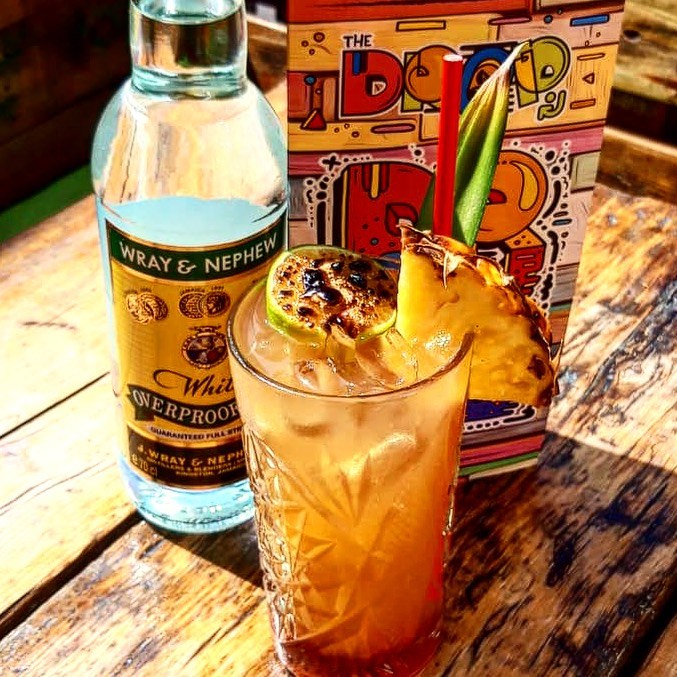 Rum Punch @ The Drop Bar Cafe
I’ve put ‘Rum Punch’ above but don’t take that as Gospel – mainly because, as a Caribbean restaurant and bar, The Drop in Chorlton have a wealth of rum-based cocktails on offer and I implore you to start trying them all right now. They do a wicked Zombie in here, the aforementioned Rum Punch is excellent too – basically, they know their rum here and they’ll more than happily ply you with as much of it as you can afford and/or handle. Whichever comes first. 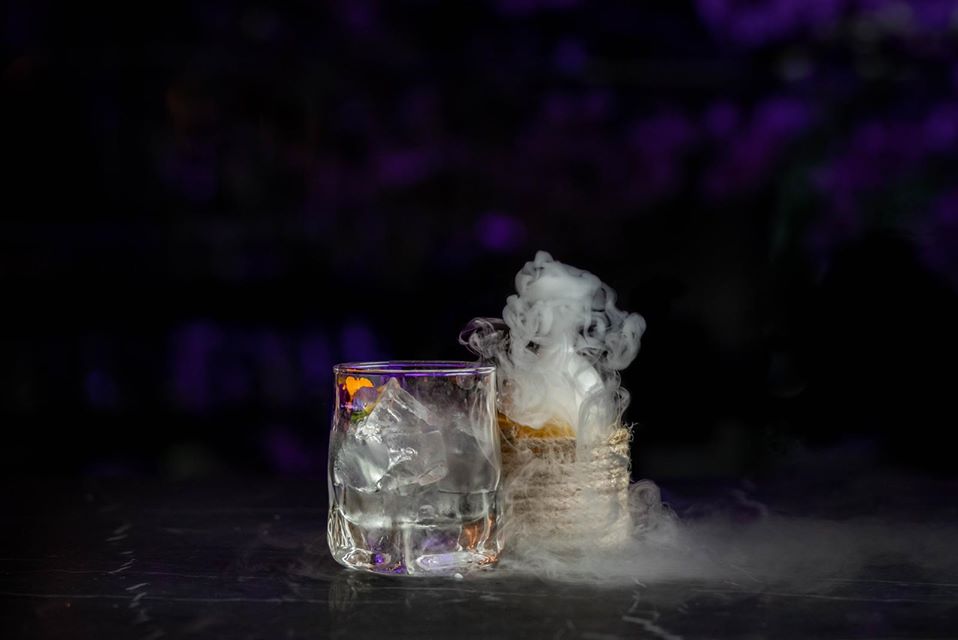 Zeng He’s Rum Punch @ Tattu
This one, like many of the drinks on this list, has a decidedly nautical theme to it. But unlike the others which relish in some pillaging as pirates, this cocktail at Tattu is named after the legendary Chinese fleet commander Zeng He. He was a man who went on seven major expeditions to explore the world for the Emperor, presumably bringing back riches and new things to play with. Well, this cocktail is a beauty – with a unique mix of rum, mango and yuzu for a very refreshing tipple indeed. 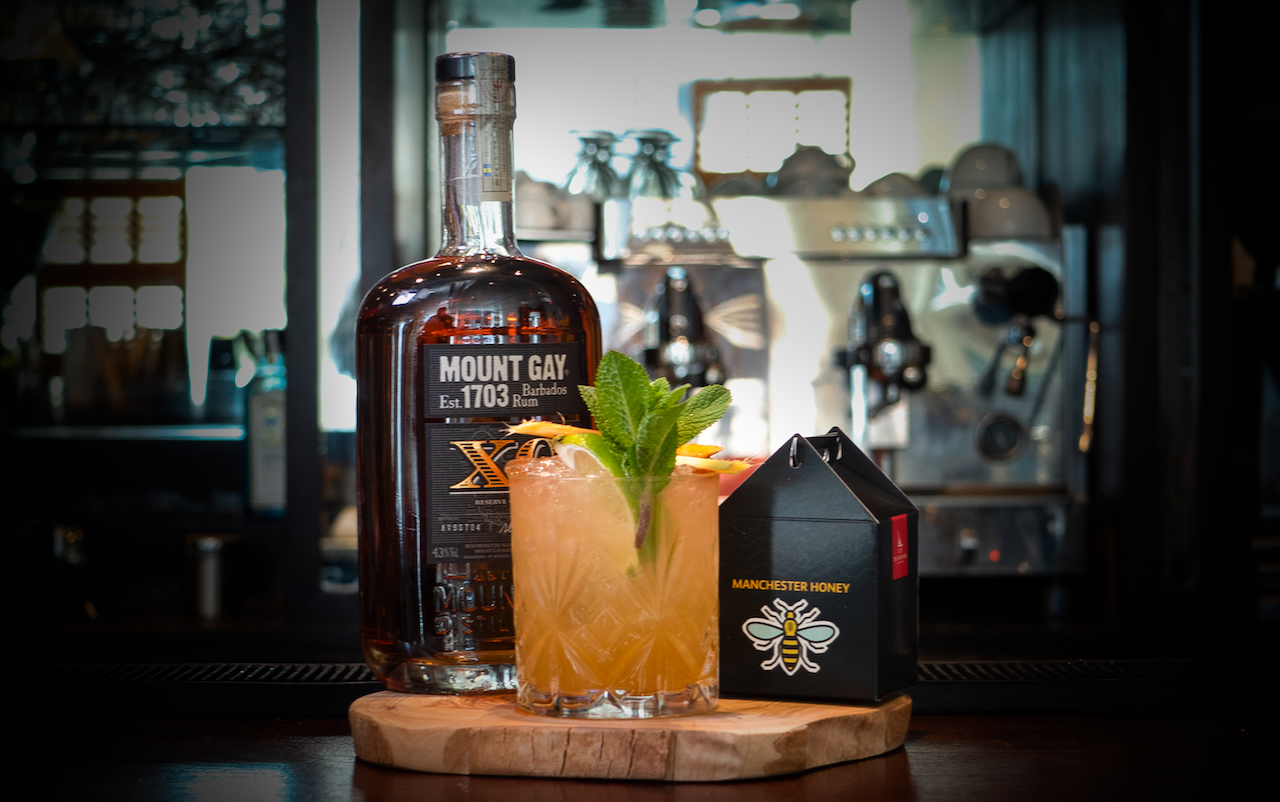 Bee Keeper @ The River Cocktail Bar
You might think that £14.50 is pretty steep for a cocktail, but you’ve got to remember a couple of things. One is that it’s in The Lowry Hotel, so you’ll probably be sipping it next to Cher or Lady Gaga or someone like that and the other thing is that this cocktail is made using only the best ingredients. They use the stunning Mount Gay XO Rum for the booze, and the honey that they use in the drink actually comes from the Hotel’s very own bee hive – so it’s sustainable and helps maintain and support local bee populations. 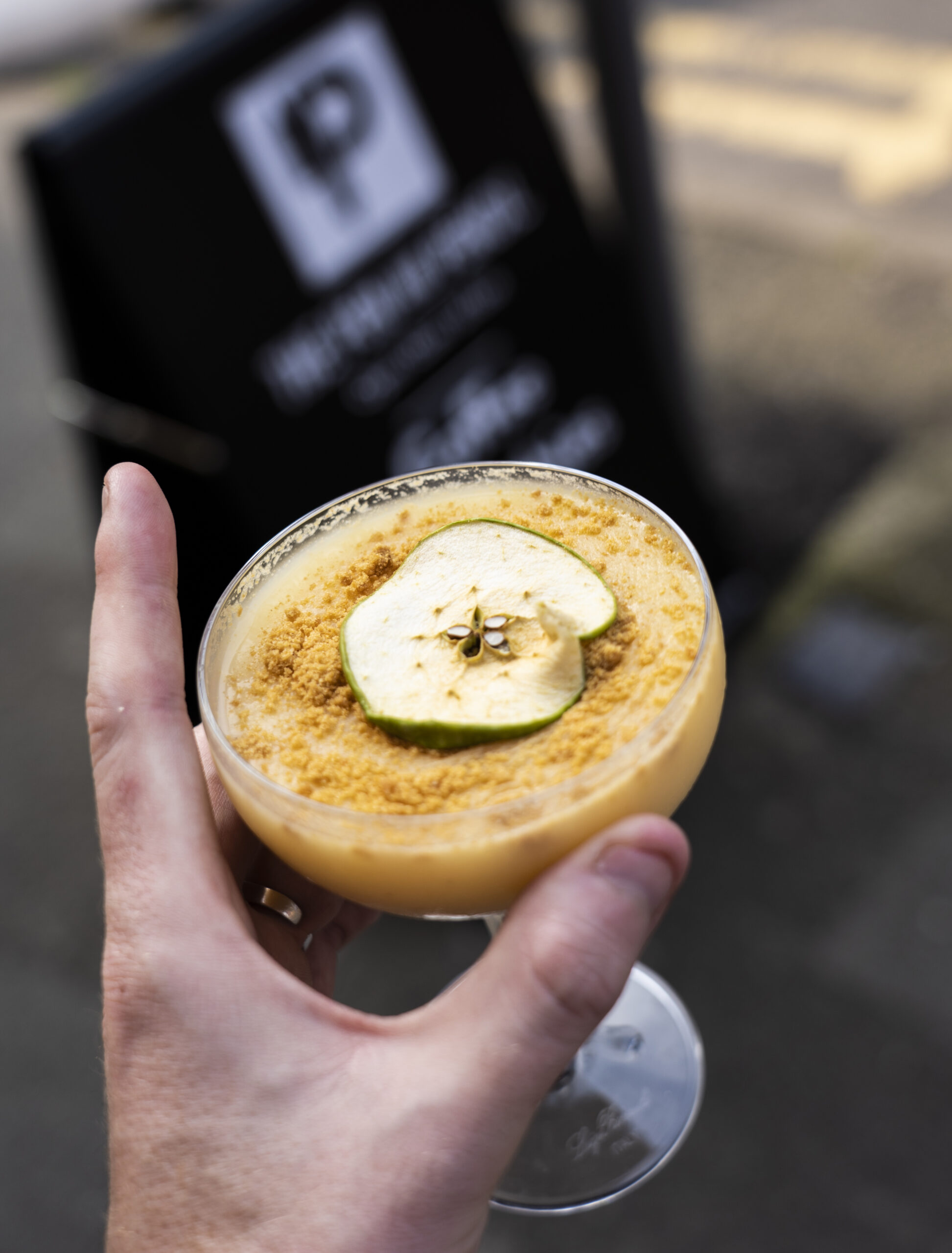 Spiced Apple Smash @ The Pen & Pencil
This one will surprise you. Mostly because it looks a little bit like Angel Delight when it’s being made but is SO much better, and also because it actually ends up tasting like an Apple Pie. But with rum in it. What they do is get some El Dorado 5 Year Rum, add Apple Liqueur, Apple Juice, Lemon and Syrup and it ends up tasting exactly like Uncle Sam’s favourite dessert. Well done you lot. 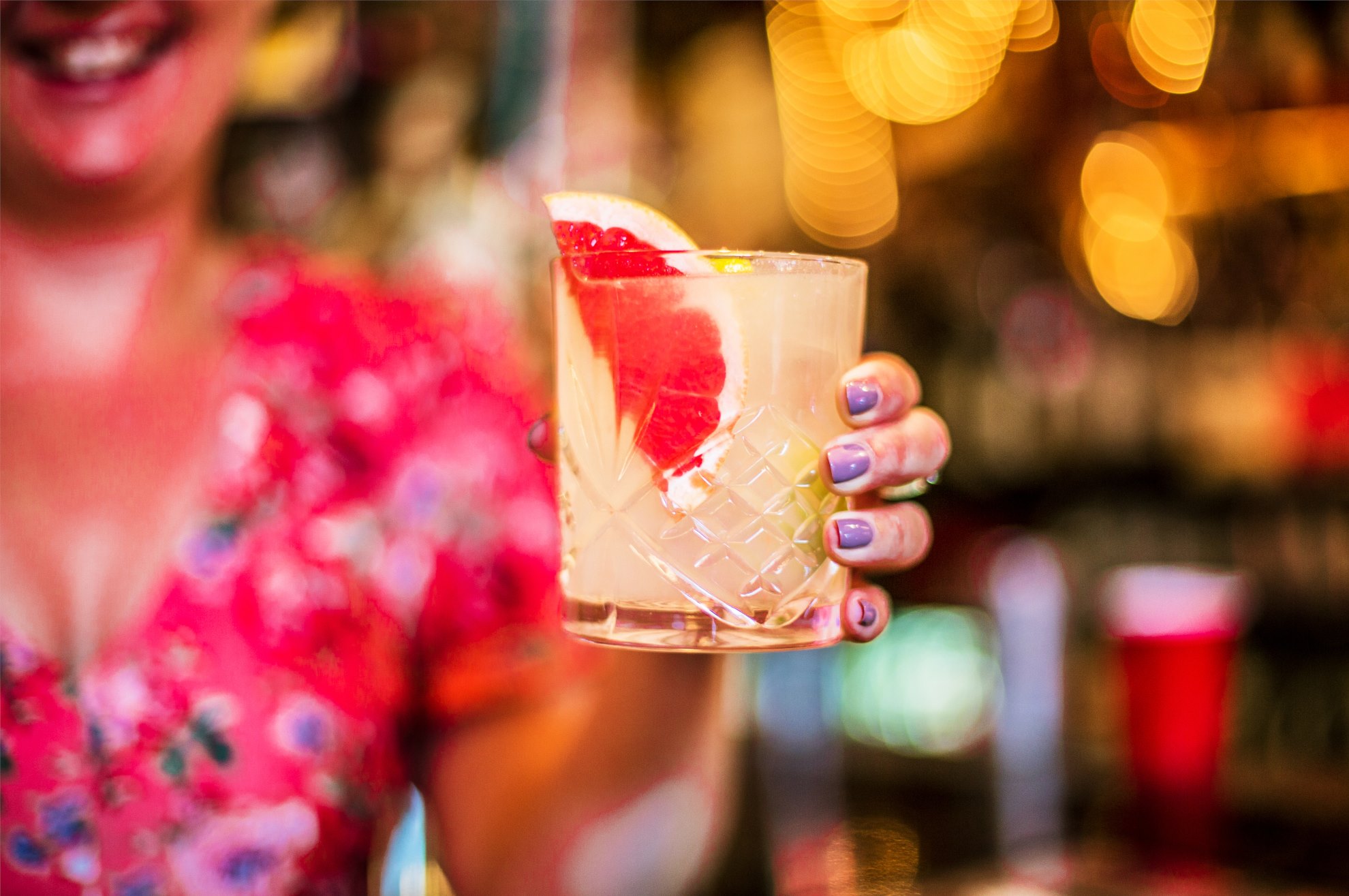 Fish House Punch @ Bunny Jacksons
There’s a rum cocktail at Bunny Jacksons which comes close to being one of the best in the city, but they ruin it by putting passionfruit in it. Bloody passionfruit. Not for me thanks. Which is why I recommend another rum beauty instead – the Fish House Punch which has more of an Iced Tea kinda vibe to it and one that features the best rum in the world – Wray & Nephew Overproof. Be careful with this one folks. 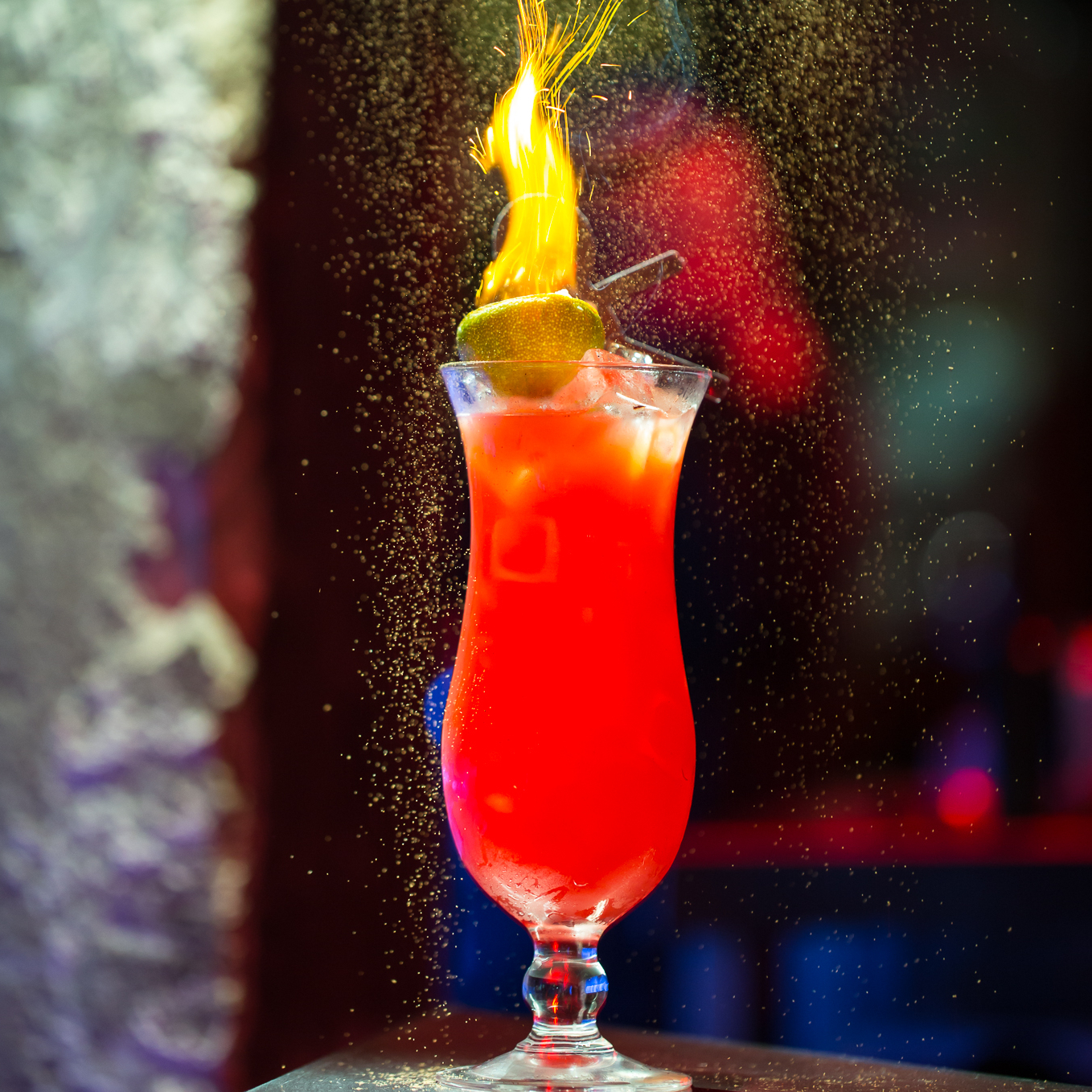 Spiced Paloma @ Mojo
You’re always guaranteed a goof night in MOJO, usually up on the tables dancing and falling over, but that’s what makes it so good and why it’s always packed to the rafters ‘til about 4am each week. You are also guaranteed some fantastic cocktails and they’ve got a rather extensive selection of rum ones to choose from. Favourite though has to be their Hurricane, which, although it features passionfruit, it also features a banging mix of aged rums which will blow your bloody socks off. 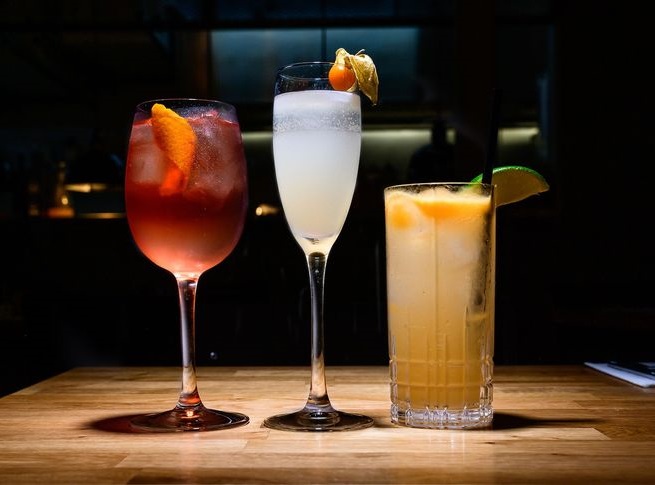 24k Nuts @ BAB
This one is certainly extravagant. So extravagant that I’ve not even got a picture of it yet! For £25 you should be expecting something special and indeed – this is. It’s Ron Zacapa XO rum which is stirred down with BAB’s homemade candied walnut syrups and orange bitters. It’s then served over ice with 24k gold coated candied walnuts which are made specially in the BAB kitchen. This is a proper treat this one!

What IS this new addition to Manchester’s skyline?