What IS this new addition to Manchester's skyline?

Is it a hidden 5G tower? A novelty game of giant Swingball? Let's see shall we... 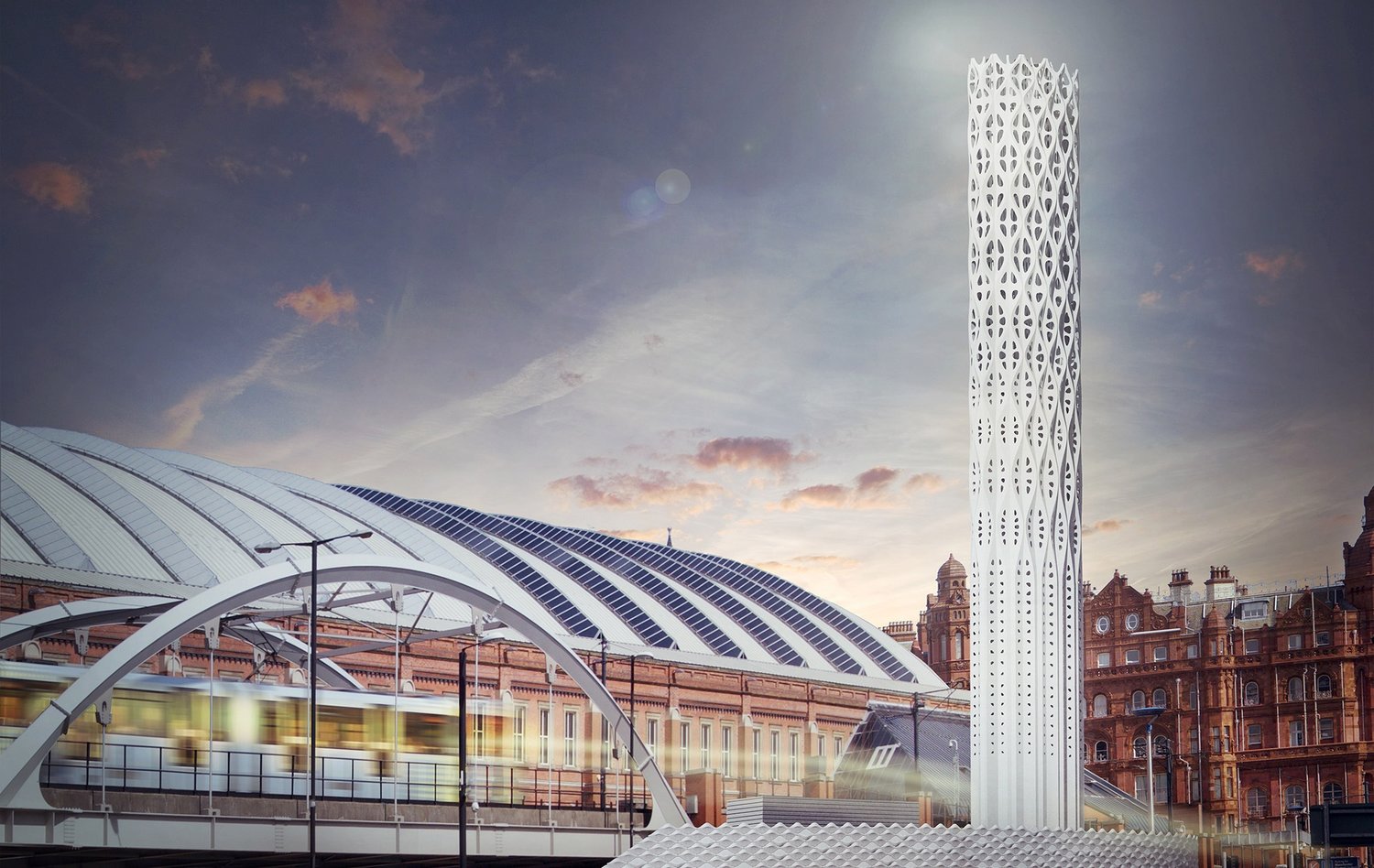 First of all, I’ve heard a few mutterings going on over the old Social Media that proclaim this new tower, located right next to Manchester Central, to be a hidden 5G tower – so let’s explore that first.

Don’t be bloody stupid. As if I’d give those idiotic people the time of day. 5G? Who cares? Nobody is trying to control your mind with mobile phone signals – AND if they were – they’ve had plenty of years (and 4 other ‘Gs’) in which to do it. 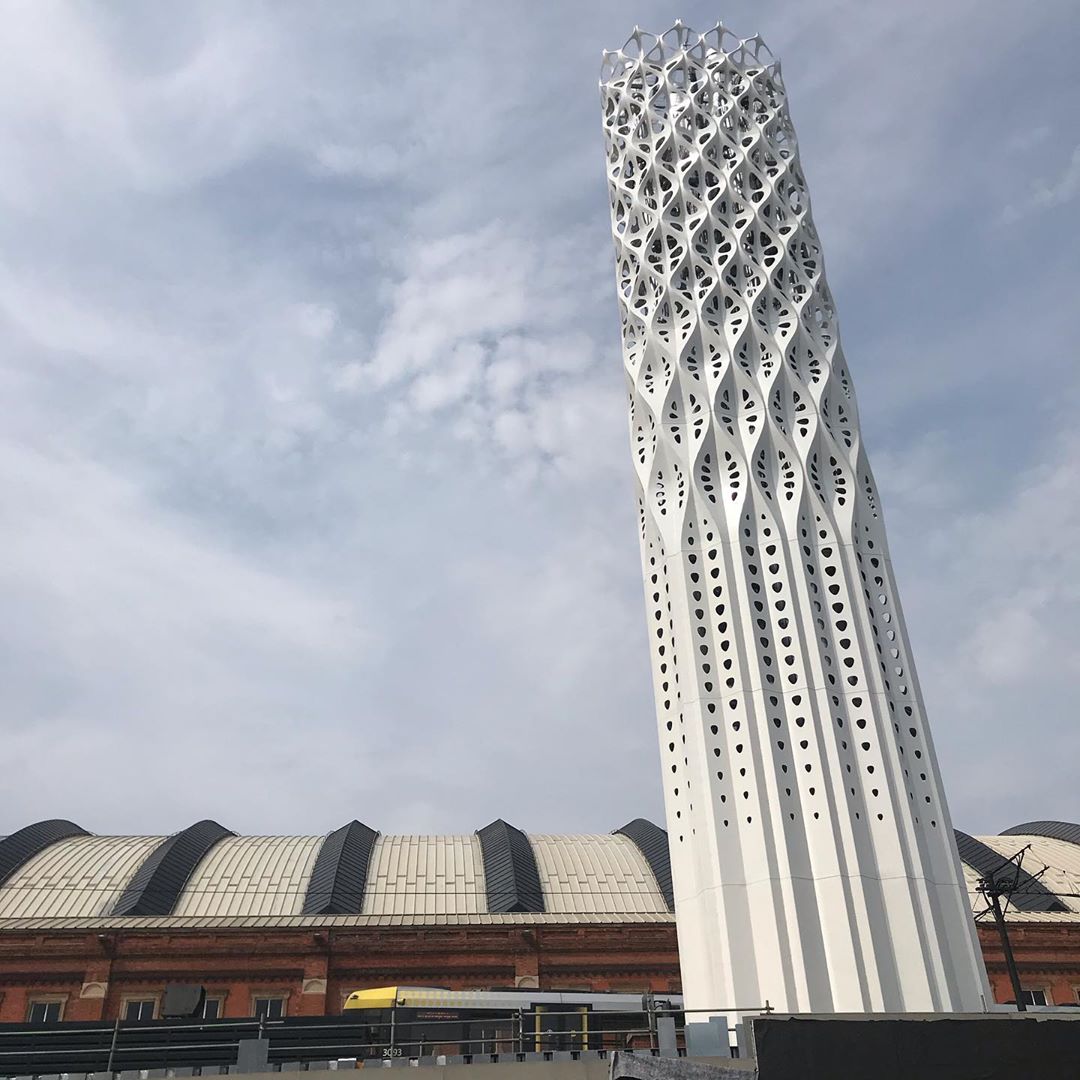 This is in fact called the ‘Tower of Light‘ and is actually part of a heat network which is set to provide a number of Manchester’s key buildings with low-carbon, efficient and reliable energy. It’s fuelled by natural gas and this tower which is designed to “encase dispersion flues.” Whatever that means.

It’s called the Manchester Civic Quarter Heat Network and the 40-metre structure will form a striking part of the development. It will eventually be surrounded by a partially transparent ‘Wall of Energy‘ that allows people walking past a glimpse inside the energy centre.

Personally I really like it, and it’s a refreshing change from the usual glass or concrete structures that pop up all over town nowadays. It’s pretty much finished now too – so head on down to Manchester Central and have a look. It’s opposite the Briton’s Protection so maybe have a pint while you’re at it.

Get 3 Courses for £25 at The Ivy Spinningfields this August