It’s easy to forget the glorious countryside is only an hours drive away from the centre... 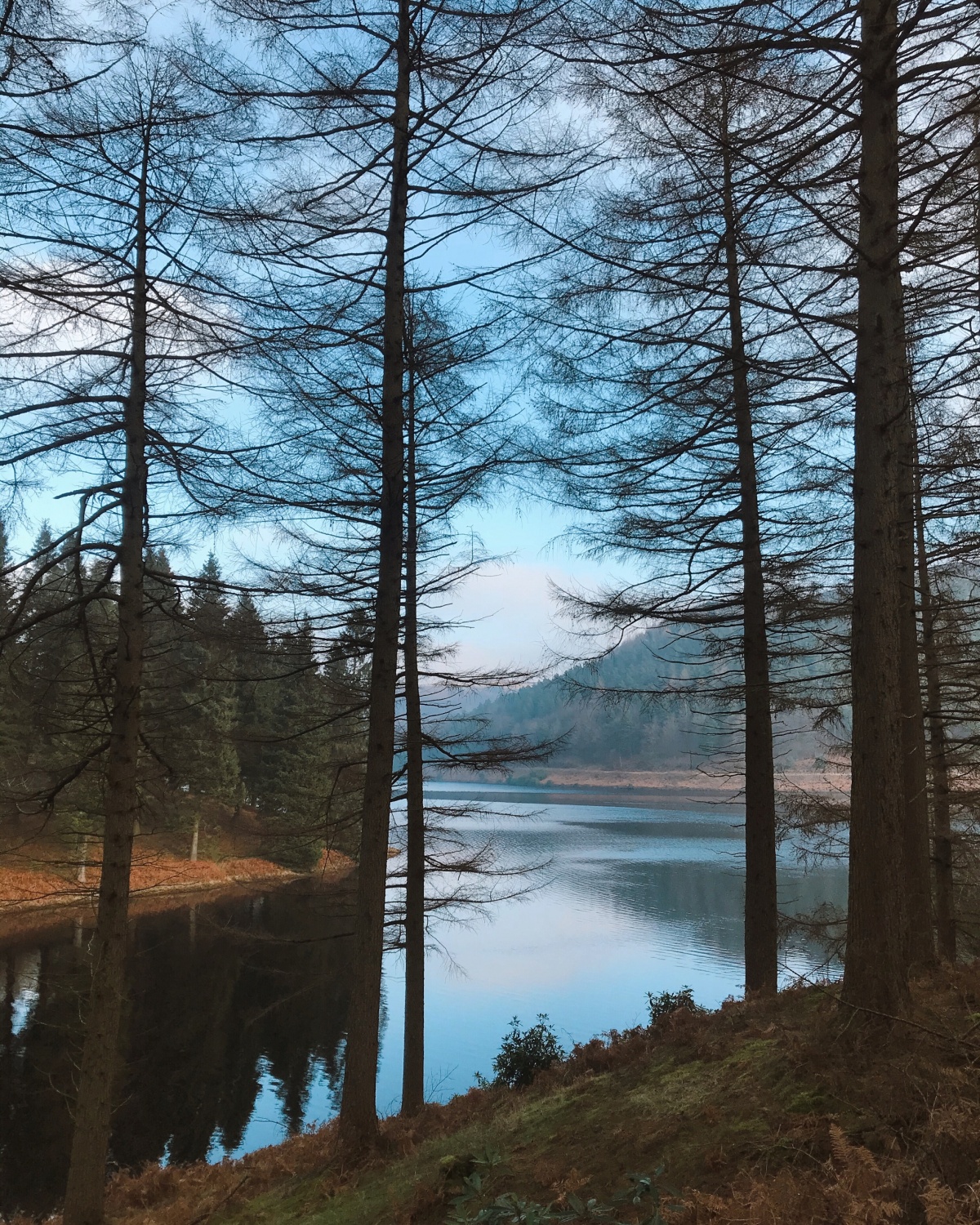 Us city folk need to get out of the Northern Quarter every now and then and venture to the countryside, and what better day to do it than to brush off the hangover and escape to the hills in the peaks?!

If you ever find yourself in the Peak District, chances are you’re within throwing distance of a reservoir.

There truly are tonnes of them to choose from, but we opted for Derwent with the intention of hiring bikes to cut the walk time down – what with the hangovers we had and the few paracetamols that were taken in the morning.

After a car-sick inducing drive over the Snake Pass, we pulled up into Fairholmes Visitor Centre at around 10am where it was just quiet enough for there to be at least 10 spare parking spaces in the main car park. We later realised the scramble it was to get a parking space after 12pm so were pretty glad we got up early for the cause.

Beginning at the tourist centre with the intention of hiring bikes, we filled our flask with hot Vimto (obviously) from the little shack at the end of the toilets. 3 cheers for free public toilets too. 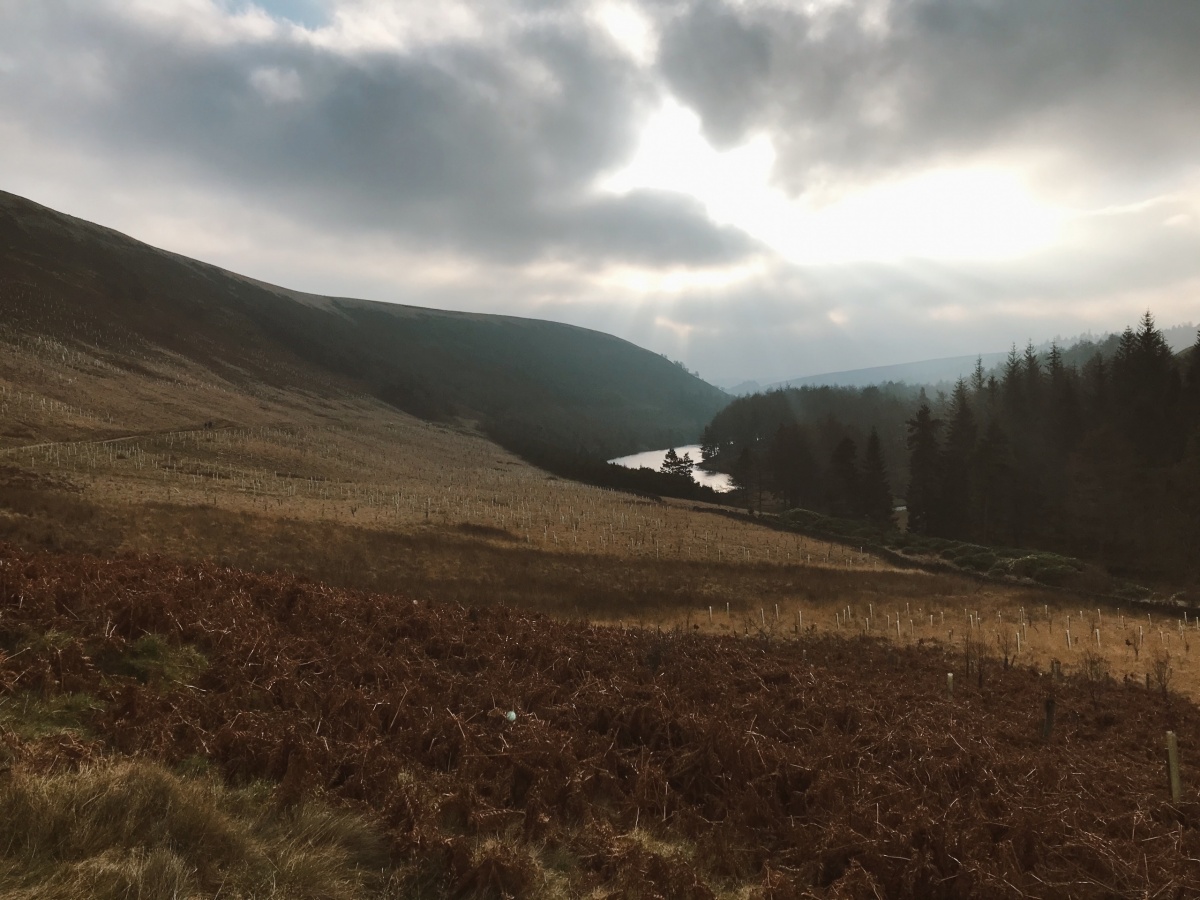 Anyway, we quickly discovered the bike shack wasn’t open and we had to walk. Bit like We’re Going on a Bear Hunt vibes. We headed up past the Derwent Reservoir, completely around the River Derwent which protrudes off the top of the reservoir and back down to the tourist centre on Cold Side path.

After around an hour and 3km in, a quick stop to chat to a biker (who brought his own) told us there was around 16km left.

It was a shock and safe to say we were definitely unprepared. You could see the locals laughing at the city kids. Alas, we carried on.

The path is easy terrain and pretty consistently flat all around the reservoir. It’s just a long one! It took us around 3-4 hours to do the full thing.

However, the best thing that happened (you do need to know something about me here to understand why this was the best day of my life – I really, really want a dog).

We found a lost puppy! It could have been a really sad day for the owners so we did the best we could to keep her happy, hydrated and full! 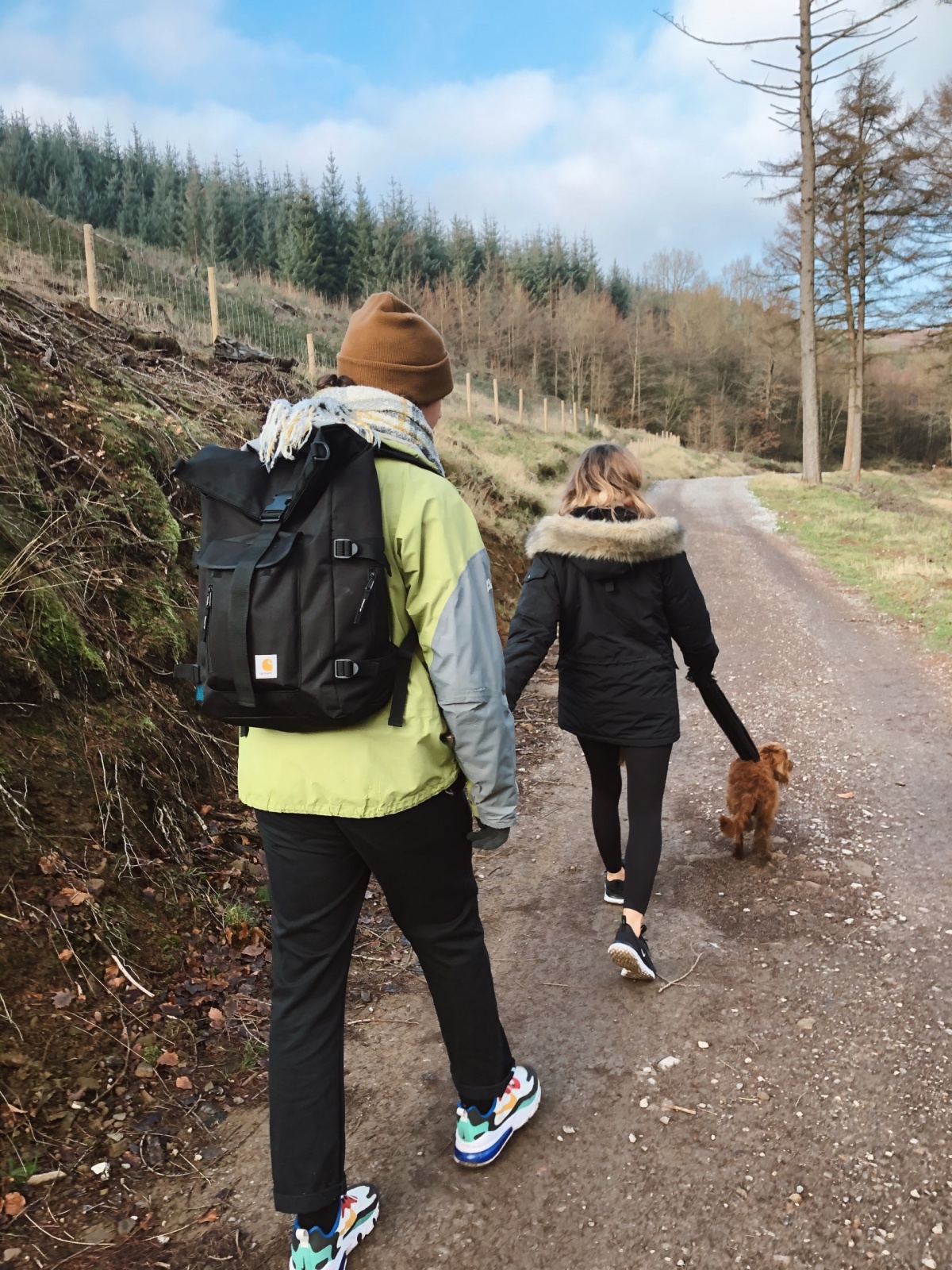 Eventually, we got signal  – there is almost no signal on the entirety of this walk so it’s great if you want to get off the grid – which meant we could phone the owners and return the doggo, who we found out was called Nutmeg.

We spent the full day with Nutmeg, created a make-shift lead out of a scarf and I started to plan our lives together.

I miss her if I’m honest with you and I would do the walk again just for the chance of day-adopting her again.

Besides the panic of finding the pup, the walk is incredibly relaxing. The water is serene, flat and calm. Despite its explosive past. 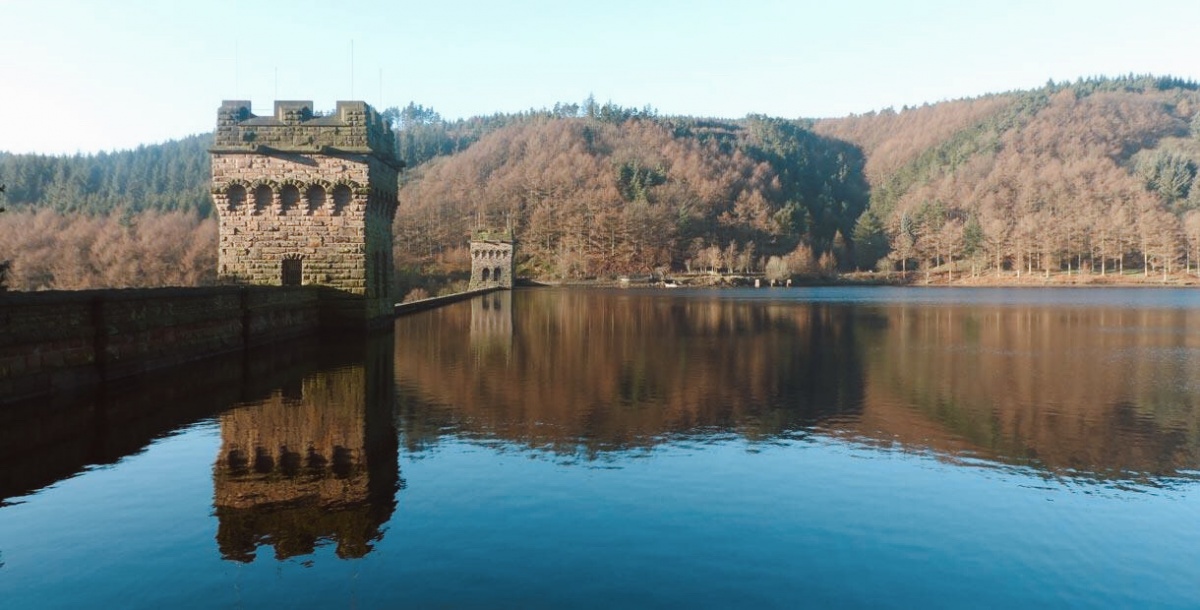 The Howden Dam, which you pass around 10 minutes into the beginning of your walk, was used by Lancaster Bomber pilots to practice bombing runs and targeting. They also created the ‘Bouncing Bomb’ for the 1943 raid of the dams on the German Ruhr.

On returning to the Fairholmes Visitor Centre (complete with Nutmeg), we were bombarded with dogs. And I mean that there were easily upwards of 30 dogs all in one small spot, waiting for their owners to pay for parking or finish up in the loo.

So if you’re scared of doggos, get there early and avoid. Otherwise, this walk is fab! It’s a long and refreshing one and I definitely recommend taking your own snacks!

If you fancy a more challenging walk opt for this one here which will take you up into the Peaks and give you a corker of a view of Derwent Reservoir.

COMING SOON: Even More Pizza for the Northern Quarter!