I've just been through the full list of events at this year's MIF and this was a HARD list to compile.

Taking over the city from Thursday 4th – Sunday 21st July, Manchester International Festival (MIF) looks set to be the biggest and best yet with a colossal list of events, performances, live music and loads more over the 18 days.

In a bid to make the whole programme a bit more accessible I’ve come up with these 10 favourites which I’m most looking forward to.

Don’t just take my word for it though – head on over to the MIF site for the full listings and make your own mind up.

Bells for Peace by Yoko Ono
Thursday 4th July | Cathedral Gardens | FREE
Love her, hate her or feel completely ambivalent about her there’s no denying Yoko Ono has had a massive impact on the world of art and music over the last 50 years. To kick off the MIF proceedings, she is inviting members of the public to gather in Cathedral Gardens for Bells for Peace – a mass gathering of celebratory voices and an orchestra of bells with everyone ringing and singing out for peace. The event is completely FREE and as Yoko herself says;

“Come and send a message of peace to the world. The beauty of this piece will break the sky and more. Ring for peace! PEACE is POWER! I love you all.”

DYSTOPIA097 with Skepta
Wednesday 17th – Friday 19th July | Secret Location | From £35
Describing this project as “Real Life Magic”, Skepta looks to transport audiences into the future of rave, stepping out of the usual live gig format and reimagining the whole concept of the ‘immersive’ experience. The evening will involve cast and audience interacting with a set of new technologies and experience live performances that ask questions about the future: of rave, of music, and of the world. That’s pretty much all I’ve got – the rest is shrouded in mystery (along with the location of it all). Still sounds mega though doesn’t it!?

Atmospheric Memory
Saturday 6th – Sunday 21st July | Science & Industry Museum | £8
Reading about Atmospheric Memory is like doing a little puzzle – you understand most of the words but the way they’re put together just seems a little bit too confusing. So what I’ll do is try to lay it out for you here now – as simple as possible. Mexican-Canadian artist Rafael Lozano-Hemmer has created a ‘sensory performance’ where visitors walk around an ever-changing audio-visual environment. In it are ‘Atmospheric Machines’ which take speech and then transform it into something we can see, hear and even touch – including the world’s first 3D printed speech bubble! Cool!

Soundsystem PA with Horace Andy & Blood & Fire
Sunday 14th July | Festival Square | FREE
Absolute reggae royalty – Horace Andy will be performing LIVE at Festival Square this year and I seriously could not be any more excited to see him. Best known for his distinctive vocals and string of hits throughout the 70’s and 80’s he also collaborated extensively with Massive Attack – a move that brought him to the mainstream in recent years. He’ll be performing for FREE at Festival Square and this one should NOT be missed!

Invisible Cities
Friday 5th – Sunday 14th July | Mayfield | From £35
If you’ve never read the book Invisible Cities – I don’t blame you. The 70’s Italian novel isn’t exactly the most well-known book out there, and isn’t really something you’d take with you on your 2-week holiday to Tenerife. The story explores the idea of imagination through the descriptions of cities by Marco Polo to his busy Emperor Kublai Khan. This adaptation from director Leo Warner interweaves dance, theatre, music plus architectural design and projections to conjure up the magical worlds being described to the big man. The huge and elaborate stage is currently being constructed in the new Mayfield development, and coming from someone who got a sneak-peek of it a week ago – it’s going to be mind-bogglingly impressive. Trust me.

Skittles presents ‘Poor on Purpose’ Live
Saturday 20th July | Festival Square | FREE
Finest favourite and all round bloody good bloke, Skittles will be presenting his newest album in full LIVE with 8 Gold Rings and The Untold Orchestra. Released in April in a limited edition wooden box, Poor on Purpose received a glowing review from our contributor Dillion who described it as “a great album showcasing one of Manchester’s most talented emcees” with “a sense of a grim reality to growing up in South Manchester.” This performance should be the perfect way to see out MIF in style!

Children of Zeus present Manchester Neo Soul
Thursday 18th July | Festival Square | FREE
What is Neo Soul I hear you ask? Well, it’s the fusion of contemporary R&B and 1970’s style soul with elements of hip-hop and it’s certainly the calling card of Manchester’s very own Children of Zeus. Performers Tyler Daley and Konny Kon will be heading to MIF on Thursday 18th with a host of friends and family under their arms – showcasing an evening of the best that Manchester has to offer in the Neo Soul genre.

Tree
Thursday 4th – Saturday 13th July | Upper Campfield Market | From £30
Created by Idris Elba and Kwame Kwei-Armah, this musical collaboration is an electrifying new blend of drama, music and dance as it follows one man’s journey into the heart and soul of contemporary South Africa – with the audience at the centre of the action. With music inspired by Elba’s album ‘Mi Mandela’, Tree is a show about identity, family and belonging seen through the eyes of one man on the toughest journey of his life.

A Drunk Pandemic
Friday 5th – Sunday 21st July | Secret Location | £10
An odd one this (even for MIF) as Tokyo’s Chim↑Pom take Manchester’s 1830 cholera epidemic as the inspiration for their first major UK project. During the epidemic, tens of thousands of people were buried in pits in the streets around modern-day Victoria Station and Angel Meadow – while thousands of others only survived because they chose to drink beer instead of water. A Drunk Pandemic therefore takes place in a temporary brewery in a secret city-centre location – where audiences are invited to take a tour, try the beer and “expect the unexpected”.

David Lynch at HOME
From Saturday 6th June – Sunday 29th Sept | HOME | FREE
Anyone who has watched Blue Velvet, Twin Peaks or Mulholland Drive will know that David Lynch straddles that fine line between absolute genius and bona fide crack pot – churning out some of Hollywood’s most talked about and critically acclaimed movies. Opening on the 6th July, ‘My Head is Disconnected‘ is the first major UK exhibition of visual art by the legendary film director and will feature large-scale paintings, drawings and sculptures providing an insight into the mind and work of this most auspicious auteur. As part of the exhibition HOME will also be presenting a special season of film screenings, live concerts and events to tie in with it all. 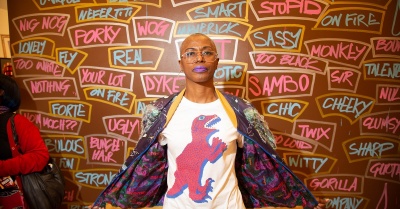 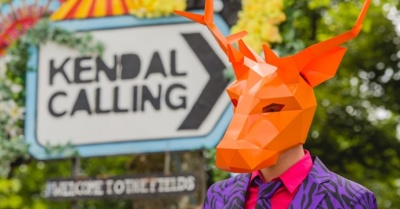