A live installation this week has been created especially for the construction site... 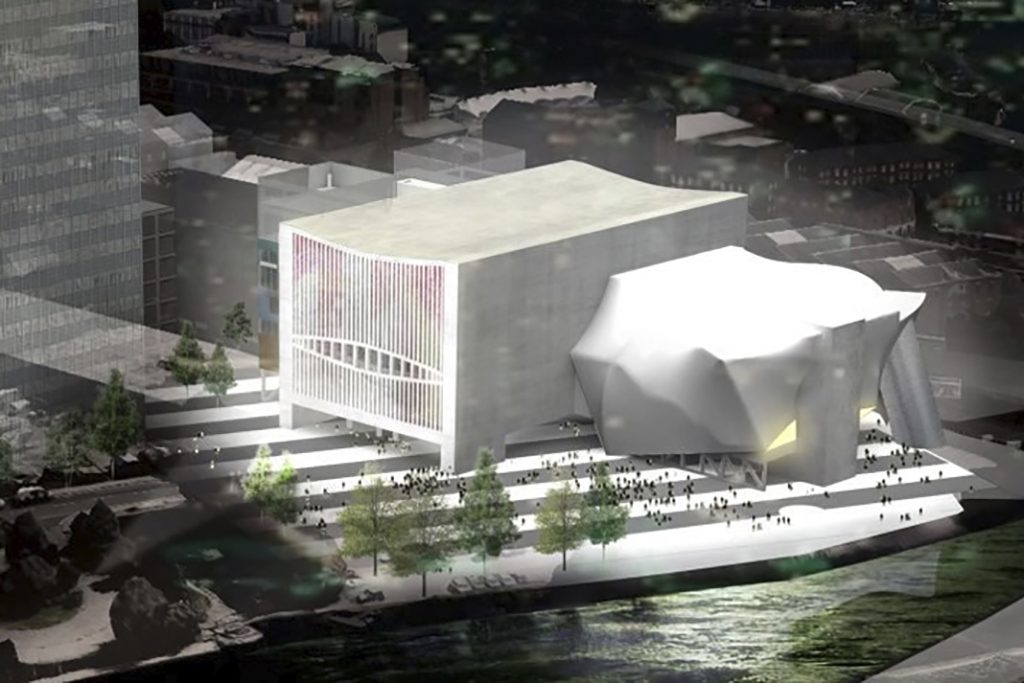 Manchester International Festival this weekend unveiled a major new sound and light installation Arcadia, by Theatre and opera director Deborah Warner, commissioned and created specifically for the site of The Factory.

The new world-class cultural space is currently being built in the heart of Manchester, and is designed by internationally renowned architects Rem Koolhaas’ Office for Metropolitan Architecture. 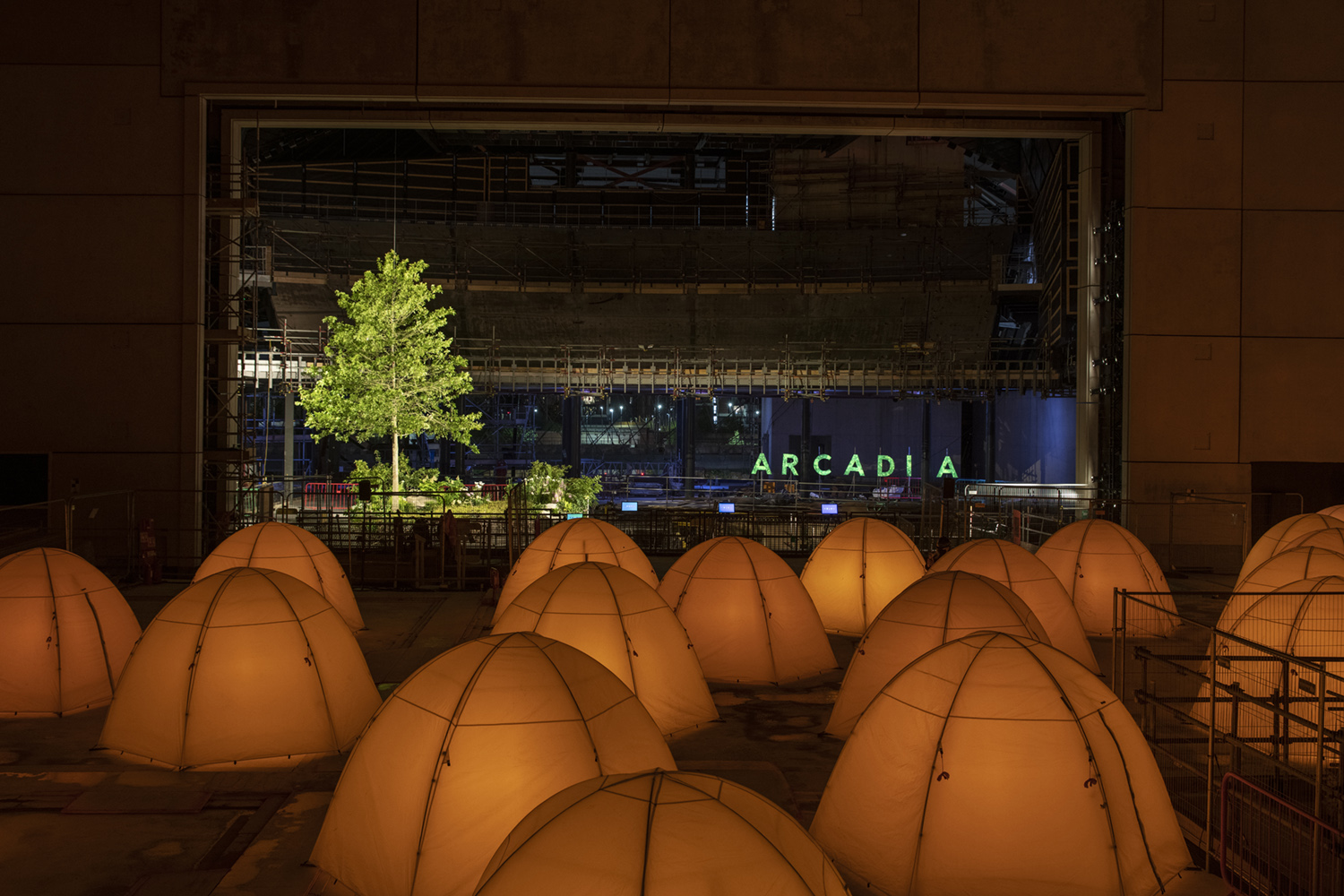 Last weekend, the immense open spaces of the site were transformed, allowing audiences (and now you) a preview of the building.

Inspired in-part by a painting of Manchester by William Wyld, Arcadia saw a field of luminous tents, emitting an original sound composition weaving together some of the greatest nature poetry ever written, by poets including Sappho, John Clare, WB Yeats, G. E. Patterson, Seamus Heaney, Jackie Kay, Simon Armitage, Alice Oswald and Sabrina Mahfouz, among many others. 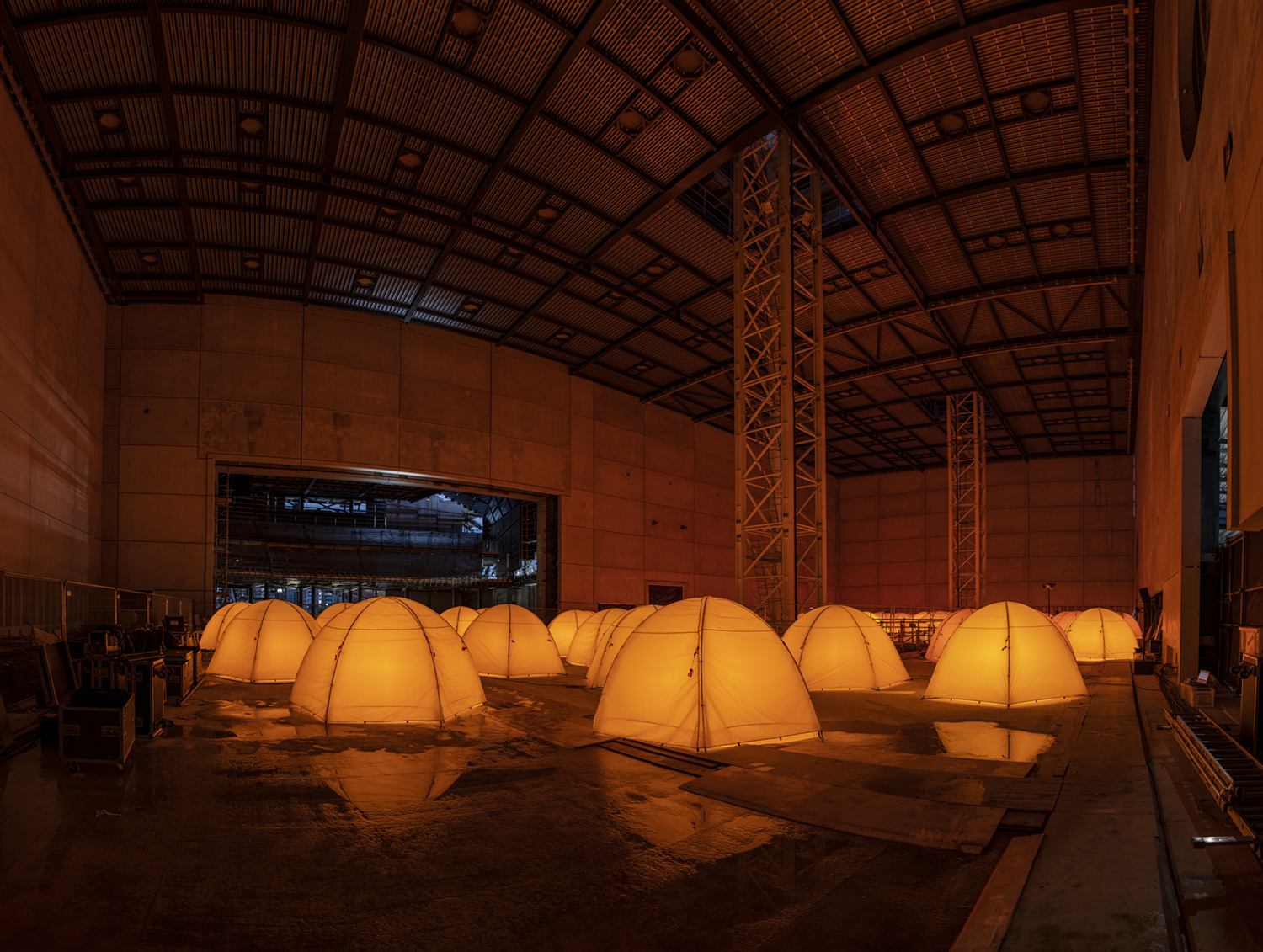 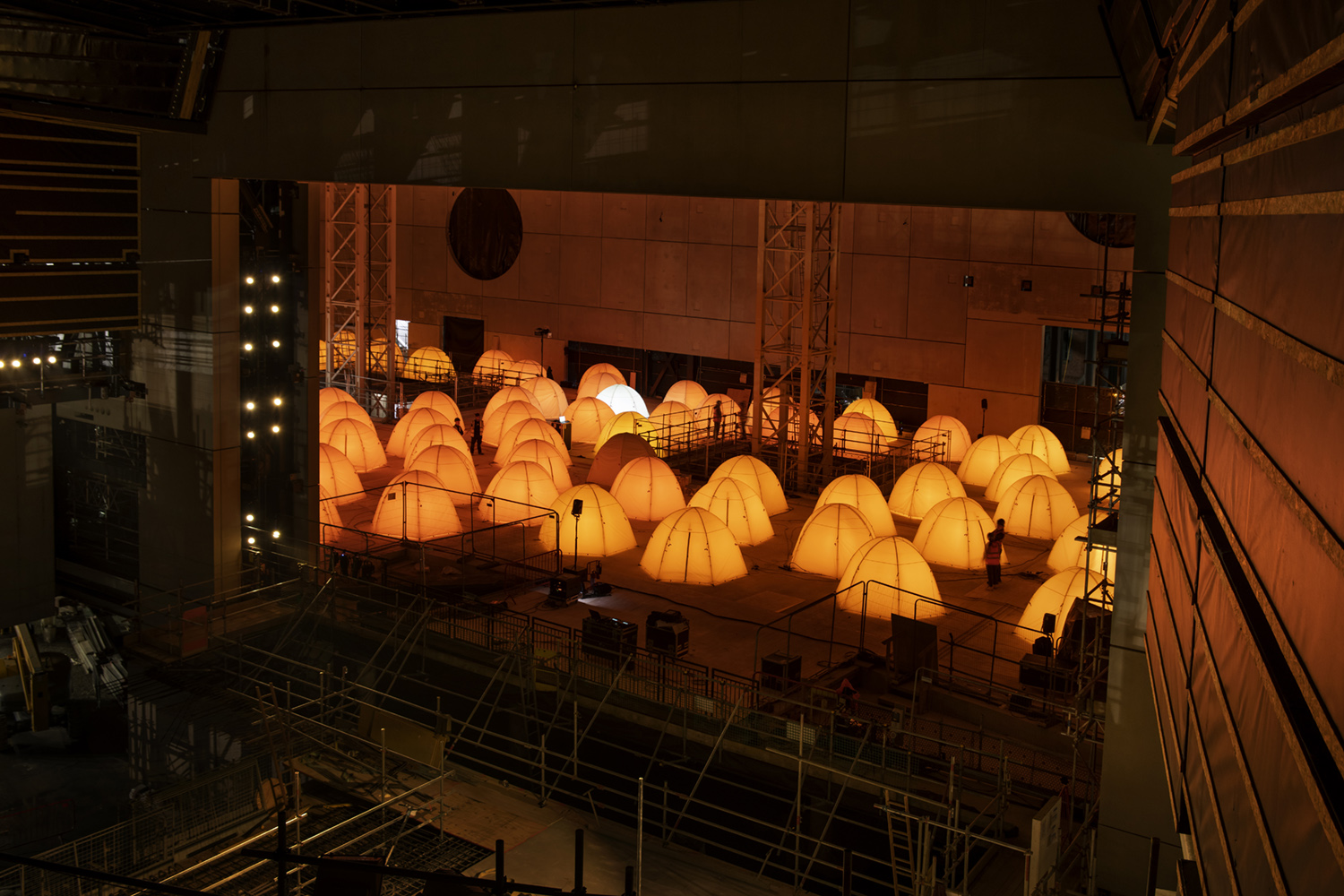 Bringing the natural world into the heart of the city, Arcadia was designed as a space for thought and reflection. Audiences were invited to wander freely through the space between dusk and dawn to connect with nature and consider the relationship between the urban and the rural. 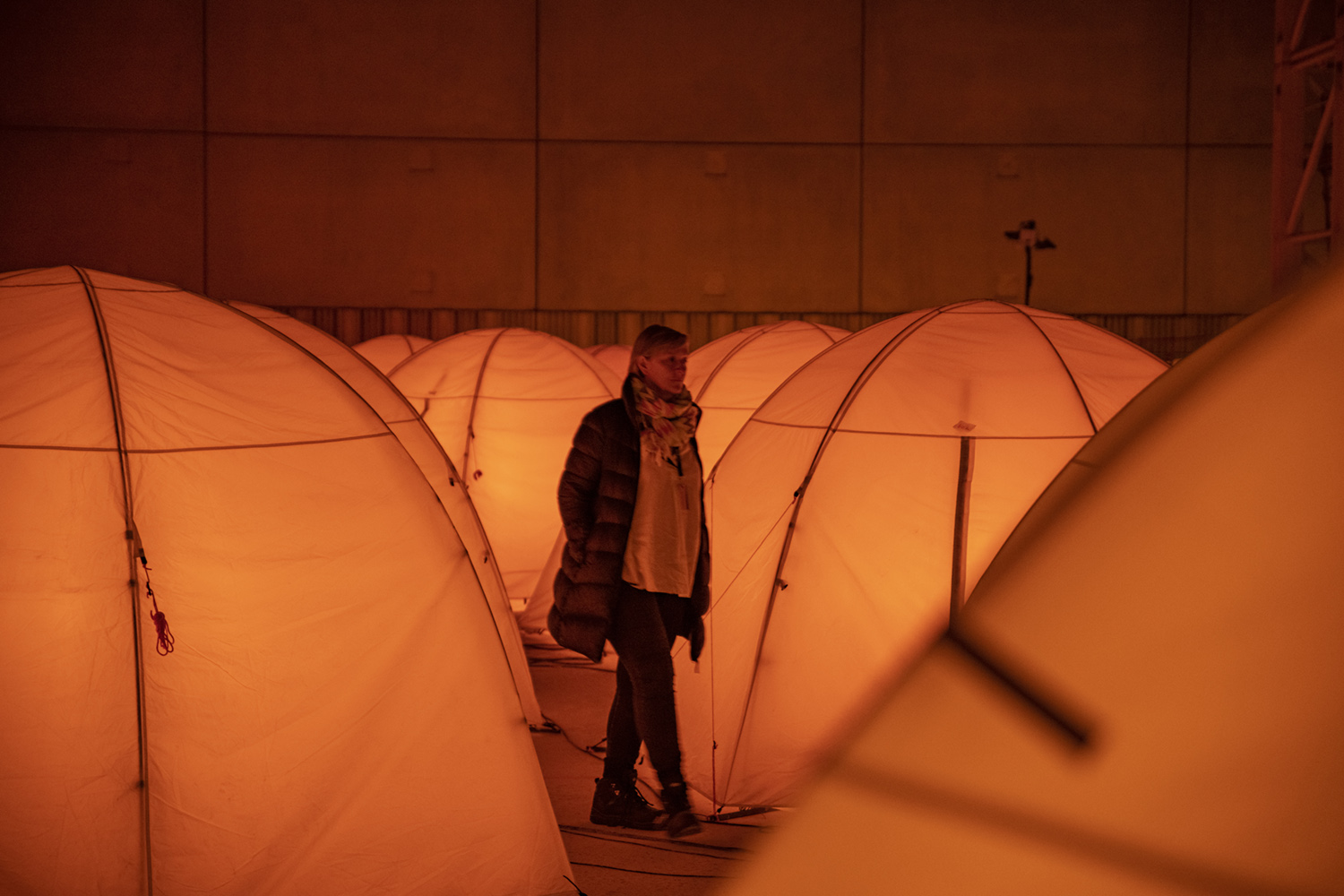 Due to be completed later next year, The Factory will stand as a new landmark for the arts and for the city of Manchester. Its development is being led by Manchester City Council in partnership with Manchester International Festival (MIF), who will commission and present a year-round programme for the landmark building, featuring new work from the world’s greatest artists and offering a space to make, explore and experiment.

“It has been enormously exciting to create a project for MIF inviting the public into The Factory for the very first time. It’s been thrilling to watch this extraordinary landmark building take concrete form from the core of one lift shaft, to its present stage of well-defined auditoria, rehearsal spaces, loading docks and offices.” 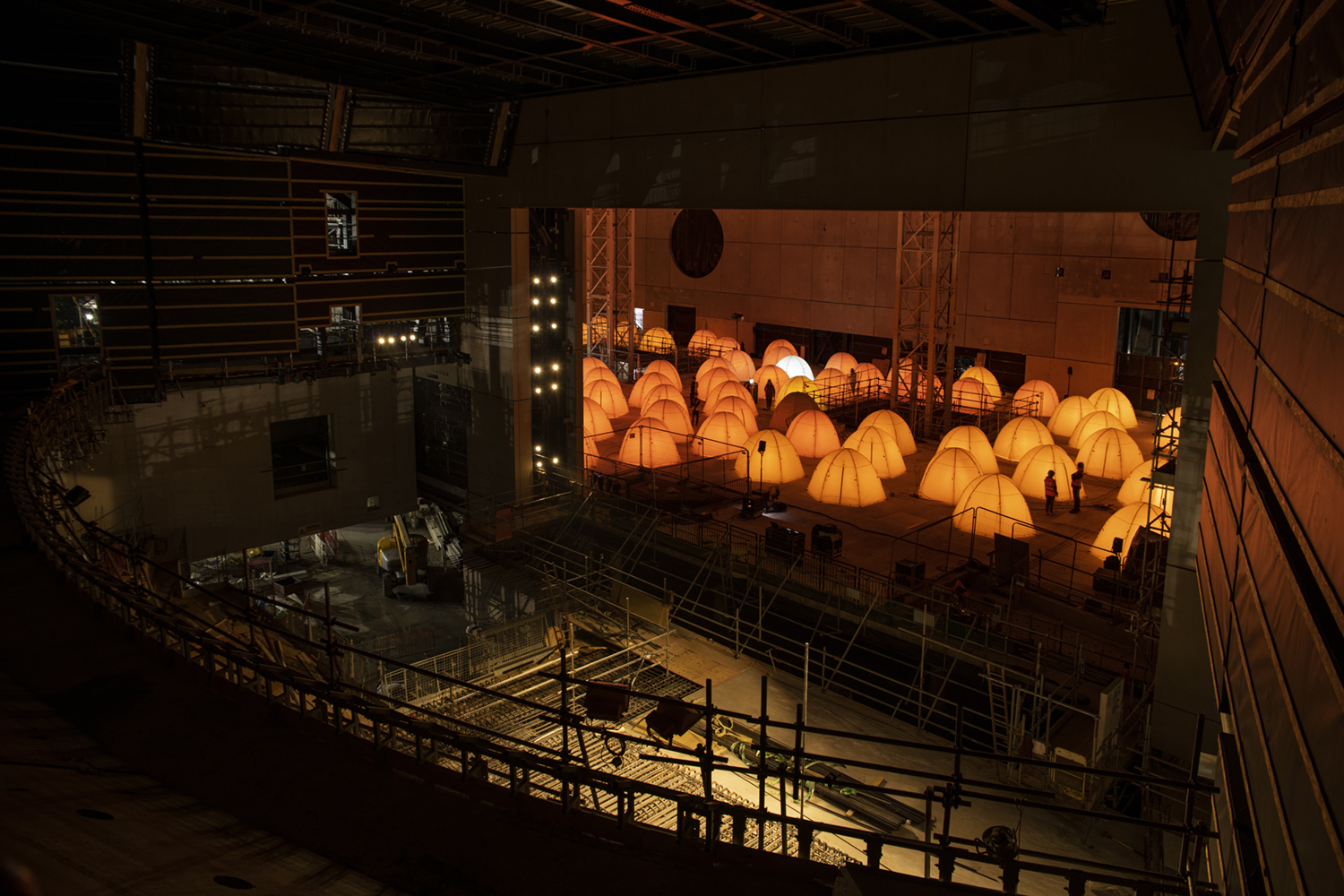 “The Factory will not only change the cultural face of Manchester, but that of the UK, Europe and the world.”

John McGrath, Artistic Director & Chief Executive of MIF and The Factory said: “We are delighted to welcome such a visionary director to this year’s Festival to transform a space that will ultimately play a crucial role in the future of Manchester and the arts internationally. This work has created an opportunity for audiences to encounter The Factory as it is being shaped and invites them to reflect on the juxtaposition of urban and rural.”

Take a look at the full MIF 2021 programme here

Read our guide to all the free events at MIF 2021 here, and find out who is playing at Festival Square here

MIF 2021 Challenges You to Imagine a Better World, Here’s How