A poignant, open-air exhibition paying tribute to the women who shaped Manchester’s history is set to be revealed at Kampus this month. 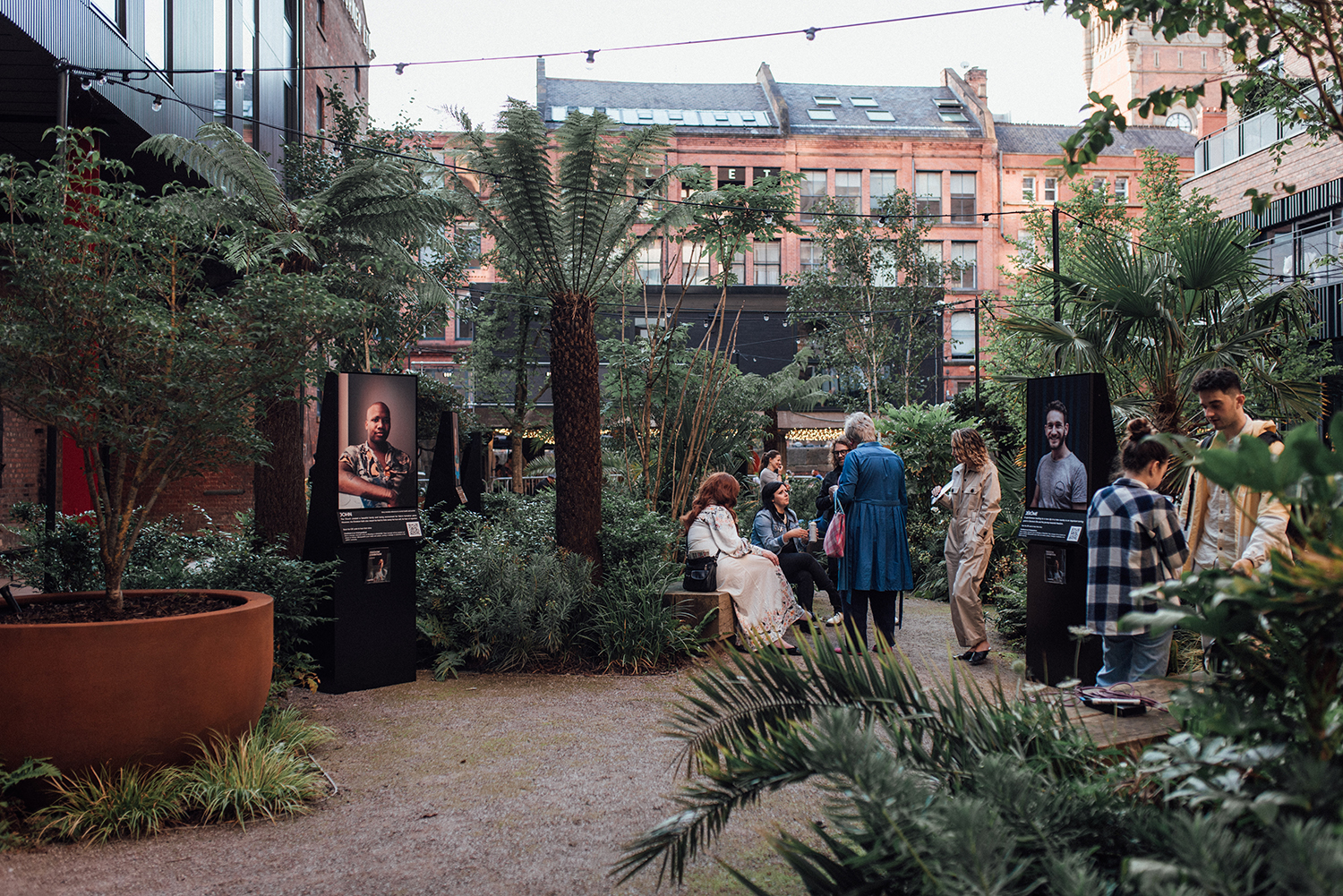 A poignant, open-air exhibition paying tribute to the women who shaped Manchester’s history is set to be revealed at Kampus this month.

First In The Fight, a free exhibition to open at the Kampus garden neighbourhood on International Women’s Day, will display 10 pieces of art depicting 10 different women who had an impact on the city.

It‘s part of a collaboration between Women In Print, an artist-led project telling the stories of women from the north of England, through print and design, and author Helen Antrobus. 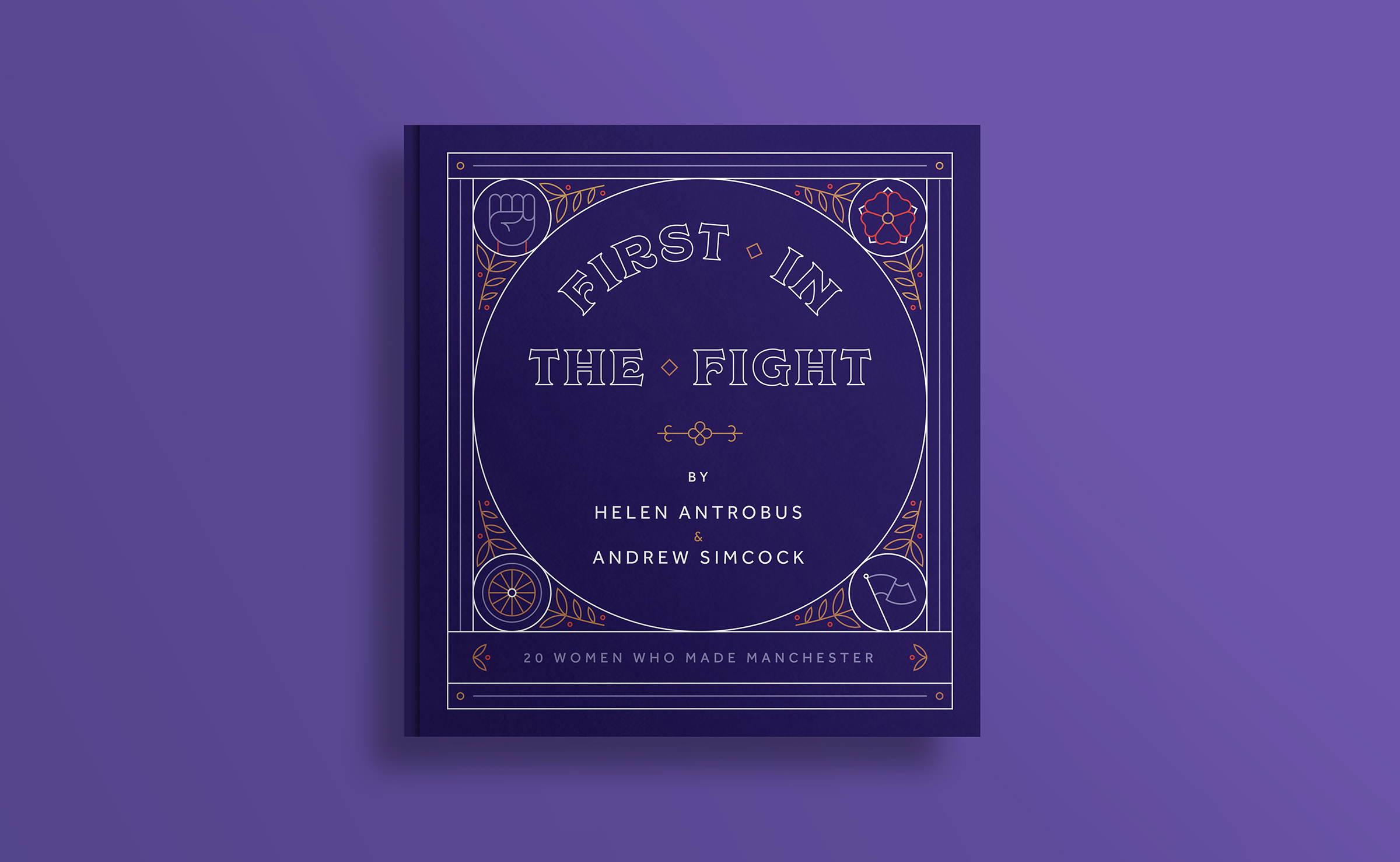 Following the unveiling of the Emmeline Pankhurst statue in Manchester’s St Peter’s Square in 2018, Helen co-authored the ‘First In The Fight’ book to tell the stories of the 19 other incredible women who’d been shortlisted by the public for the statue.

The exhibition at Kampus is FREE for the public to attend, with original art nestled among the lush garden at the city’s rental community opposite Canal Street.

To mark Women’s History Month, visitors will also be encouraged to celebrate a woman in their life by emblazoning the garden with ribbons in the colours of the suffragettes – white for purity, purple for dignity and green for hope. 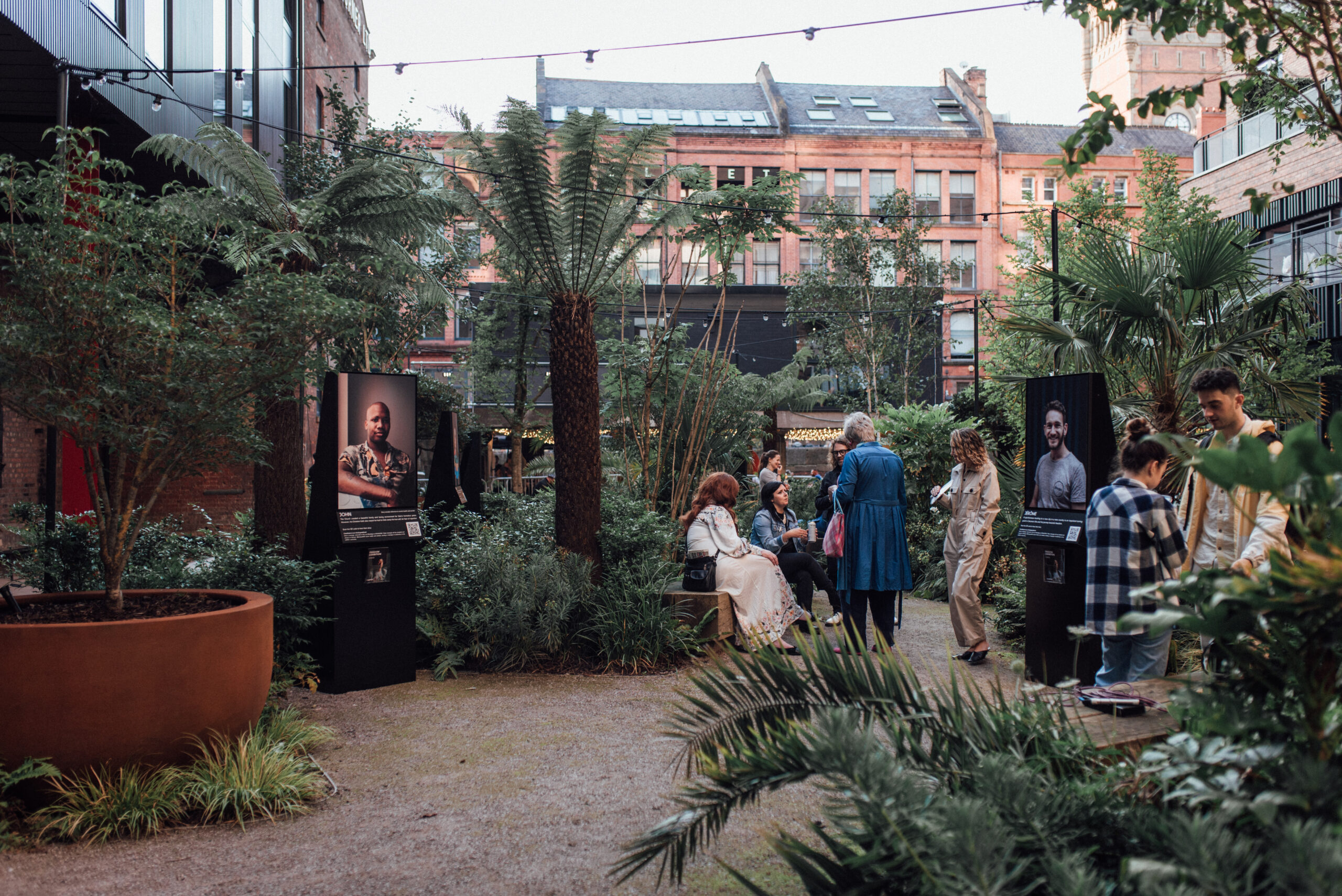 Among the women profiled at the exhibition will be; Kathleen Ollerenshaw (1912 – 2014), a mathematician and politician, who dedicated her life to improving access to education (Artwork by Alex Francis). Louise Da-Cocodia (1934 – 2008), who came to the UK in 1955 to train as a nurse. After she experienced the openly racist attitudes towards black nurses, she dedicated her time to improving race relations in Greater Manchester (Artwork by Ellie Thomas).

Sunny Lowry (1911 – 2008) will also be profiled, a woman synonymous with Victoria Baths, the place where she honed her skills before swimming the English Channel in 1933. (Artwork by Eve Warren) and Sylvia Pankhurst (1882 – 1960), daughter of Emmeline and Richard Pankhurst who, along with her mother and sisters, was a founding member of the Women’s Social and Political Union (WSPU), the militant organisation campaigning for women to have the vote on the same terms as men. (Artwork by Halah El-Kholy). 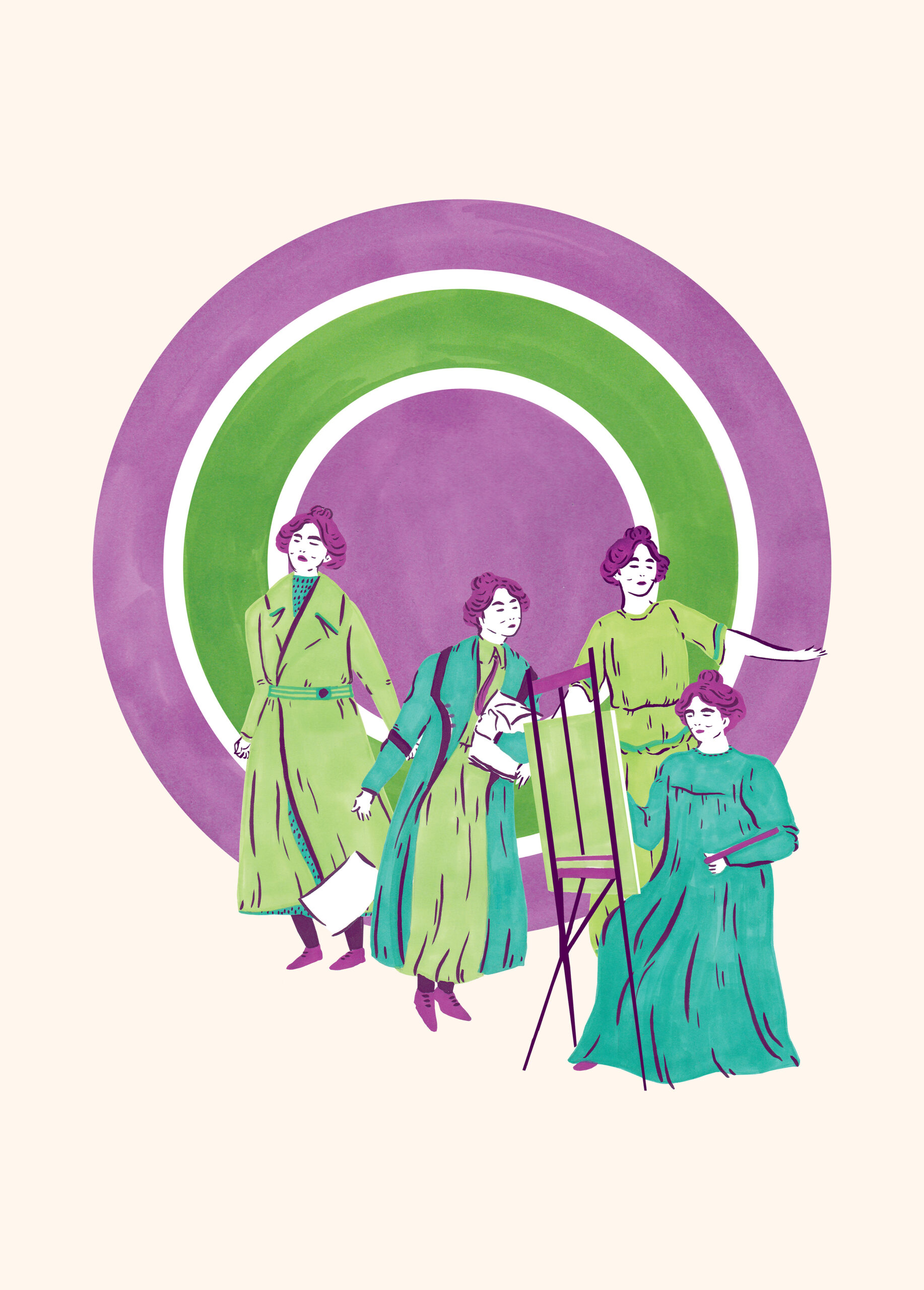 Helen Antrobus, co-authored the First In The Fight book with Andrew Simcock. Helen, a social history curator and historian, said:

“First in the Fight brings the stories and voices of these inspirational women to life. Yes, the suffrage movement and fighting for the vote was so important, but the women shortlisted for the Manchester statue also boasted incredible achievements in art, science, sport, environmentalism and education, as well as social causes like achieving racial equality. They shaped what the city is today, but a lot of people won’t even know their names. 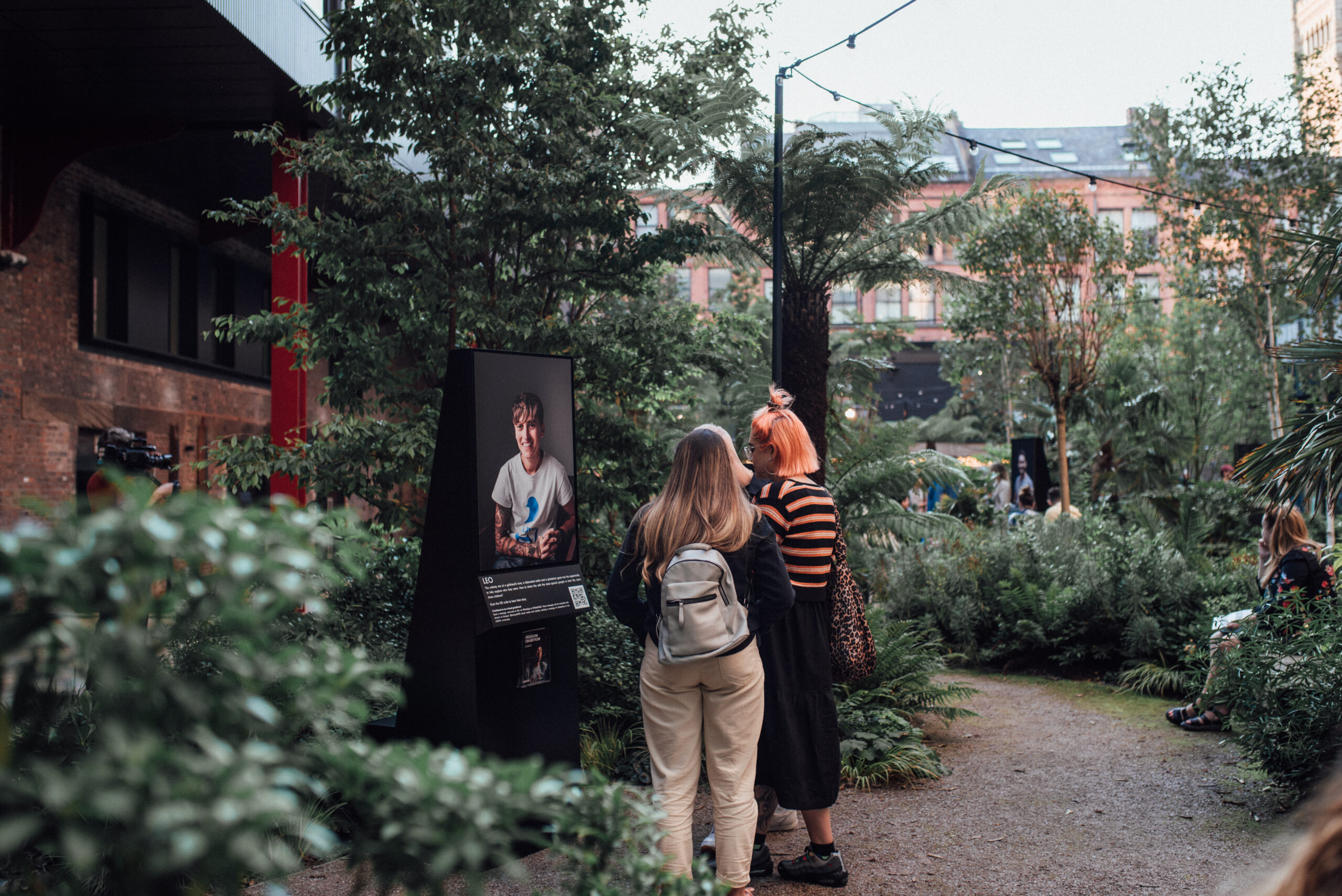 “Our exhibition at Kampus is the perfect way to discover the women whose achievements have made an impact not only in Greater Manchester, but internationally. By teaming up with local designers and illustrators, we can pay tribute to their achievements in a way that’s accessible for everyone.

“I hope anybody who visits will come away feeling inspired and encouraged, knowing that whoever you are, there’s a place for you to make positive change here in Manchester, as these women did.”

The exhibition will have an official opening on Tuesday 8th March and will be open to the public from Wednesday 9th March, running through to Friday 8th April 2022. It’s the first time since the pandemic that the Women In Print group have exhibited their work together. 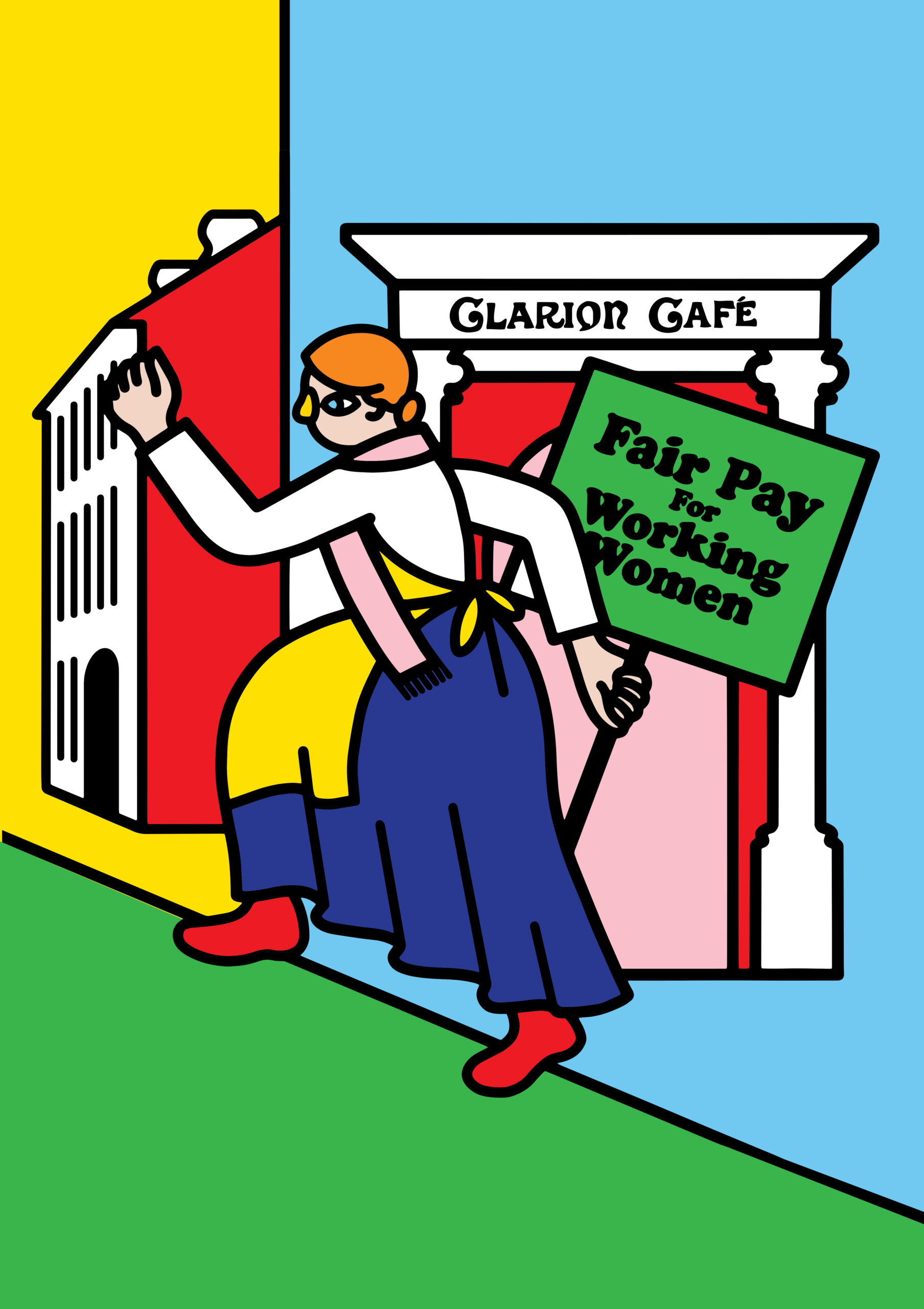 Jane Bowyer, the Manchester-based artist who created and curates Women In Print, said:

“When I started showing my work at the start of my career I found I was often the only woman on the exhibition line-ups, so I started Women in Print to address this by exhibiting work by local designer and illustrators to showcase the talent and skill of women working in the north of England. Women In Print pairs our passion for design with our shared love of social history. 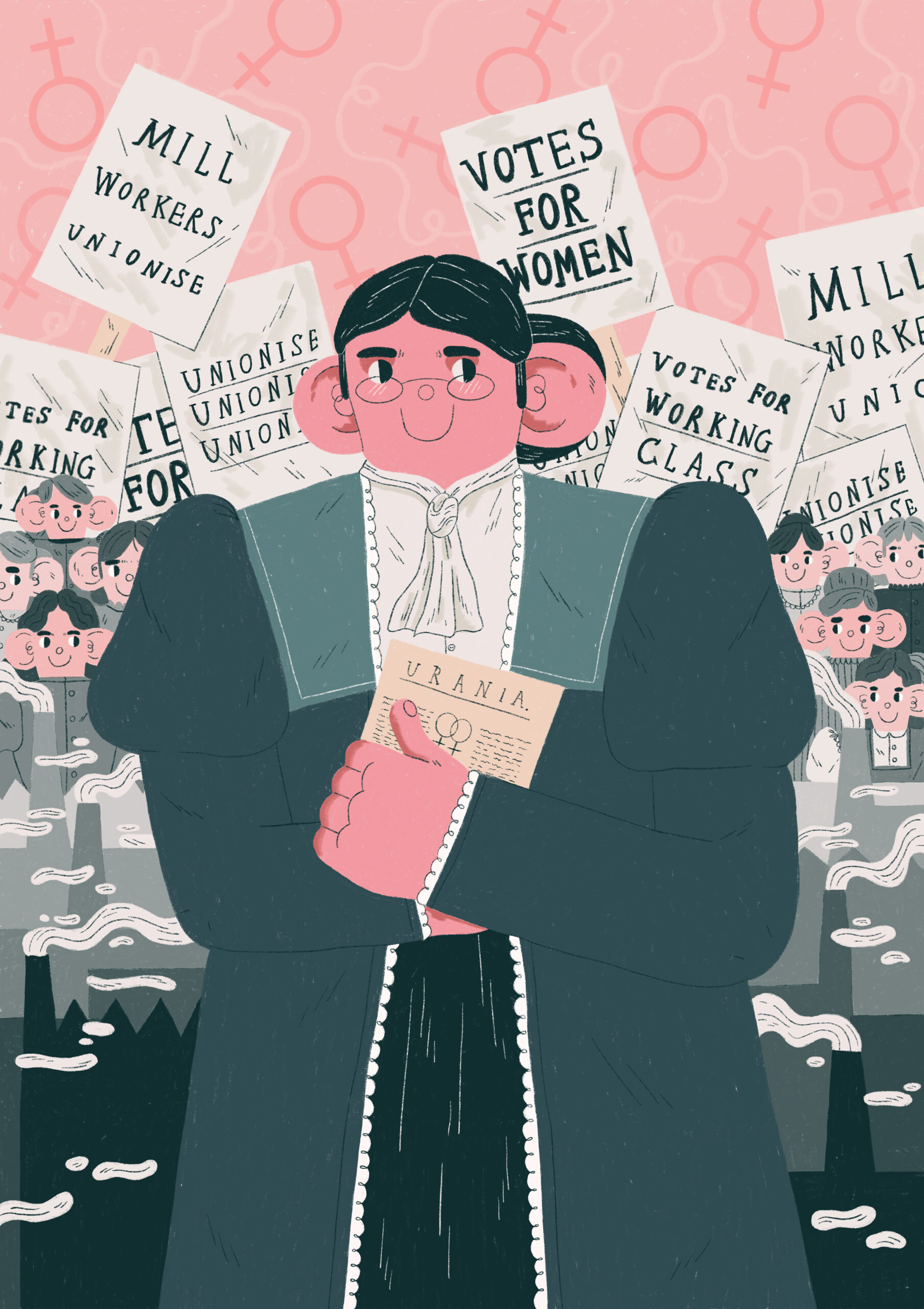 A selection of the prints from the exhibition are available to buy here, with proceeds going to Women’s Aid…

The First In The Fight book can be purchased from The Pankhurst Centre, on Nelson Street in Manchester, or the People’s History Museum.

For more information about Kampus or to book a viewing, visit: kampus-mcr.co.uk