A Grade II listed theatre that has been a Hulme fixture for over 117 years - and today has become an important cultural and community-run hub.

It’s not uncommon for people to compare my stupid little brain to that of a moths. Just like them I’m always covered in a fine dust, I love to chew on clothes and I’m unusually attracted to bright shiny things right in front of my face.

NIAMOS, or the NIA Centre, or the Playhouse has had its fair share of names throughout it’s rather interesting history.

Constructed in 1902, it was designed by renowned theatre architect JJ Alley, who probably used a considerable amount of tracing paper when he created two rather impressive (and eerily similar) theatres right next to each other in Hulme.

As a result, the Hulme Hippodrome and the Hulme Playhouse strangely sat right next to each other on a quiet street – which even though I’m sure there was huge demand for theatre venues at the time – still seems a little bit odd to me.

The smaller of the two, the Hulme Playhouse played host to a range of theatre and music hall performances – appealing to the masses that would head on down on an evening to get some entertainment and forget about their miserable lives for a couple of hours.

As was the case everywhere else in the world however, the invention of the moving picture began to spell the end for many live theatre venues like this, and in the late 1920’s it was converted for cinema use and was renamed the Junction Picture Theatre.

I imagine this is the place that many people first saw classics such as Frankenstein, Gone with The Wind and The Wizard of Oz which would have been pretty amazing – especially when surrounded by such an impressive and elaborately decorated auditorium.

With two straight balconies, Baroque plasterwork and extensive Gothic foliage along the walls and ceiling, the picture house would have been a sight to behold, especially compared to the rather bland and unassuming exterior outside.

After a brief stint as a theatre again – home to the James Brenhan Players from 1951 – 1956, the BBC took over and turned it into a Radio Recording Studio where performances were watched live while also broadcast across the region (and the country) into people’s homes.

Right up until the late 80’s the BBC used the space to record radio shows and even the odd TV show.

There were many mega famous faces that came through the door including Les Dawson, Ken Dodd and even megastar Des O’Connor, who filmed The Des O’Connor Show here in 1978, shortly before he was snapped up by Hollywood and became a household name around the world.

Like most things though the BBC got sick and tired of it and decided to sweep it all under the carpet and get out of there. It was 1988 and I suppose most people would rather be watching MTV instead of listening to the radio.

After a brief period of inactivity, 1991 saw the theatre re-open (by none other than Nina Simone) as the Nia Centre – a venue looking to provide a stage for Afro-Caribbean culture and performing arts companies.

Ultimately though the venture failed, whether it was due to poor planning, difficulties with the building or a lack of funds, and it closed its doors in the year 2000. What a promising start to the new millennium there.

The theatre sat empty for the next 12 or so years when it was then taken over by a church group – Fountain Gate Chapel – who banded together and cleaned and refurbished it for worship, performance and conference use. The group worked tirelessly to restore, rewire and clean up the theatre, with the ultimate intention of making it into a fully-fledged chapel for the local community.

However, in 2017 it was announced that the building would be put up for auction and it was eventually bought by C & R Properties who immediately started renting it out to a cooperative group made up of people from the local community.

This co-op is known as NIAMOS Radical Art & Music Cultural Centre and they are looking to transform this landmark building into “co-operatively run music & arts studios, micro-bakery, brewtap and pay-as-you-feel arts venue.”

So far it’s been going well, with a massive re-opening night dedicated to Nina Simone, NIAMOS has continued to provide a space for local artists, musicians and creatives; serving as a hub of cultural life where people can experience and participate in performance, productions and classes.

To do this they’re looking to raise funds to install a brand-new studio, improve their current commercial kitchen and bakery equipment and even create an on-site brewery, as well as continually improve and repair this stunning Grade II listed building.

They’ve also created a packed calendar of varied events including theatre productions and music concerts for local talents such as LEVELZ and The Untold Orchestra. There’s always something going on or upcoming so for a list of what’s in store – click the button below…

If you’d like to know more about what NIAMOS are doing in Hulme with the local community (and further afield) then you can check out their website below (and get in contact with them if you’re looking to get involved!) 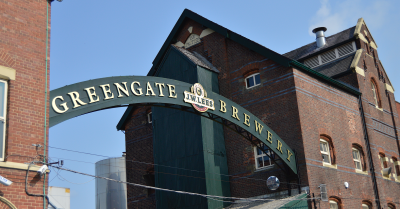 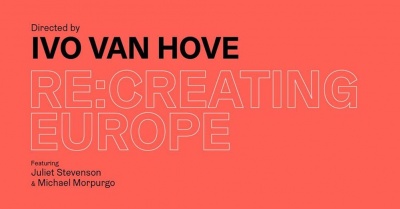 MIF 2019 Must See: Re:Creating Europe with Christopher Eccleston for one night…