The latest in Make-A-Scene's series of immersive and mad film screenings...

If you’ve never seen Death Becomes Her then you should really sort it out. A true cult classic nowadays, at the time it was released back in 1992 it was huge, with three of the world’s biggest movie stars, a director riding high from the Back to the Future trilogy and some seriously impressive CGI effects.

The camp classic sees Meryl Streep and Goldie Hawn play two raging old friends who seem to have been fighting over the same man forever. That is until they both take it one step too far to keep their beauty (and their man) by taking an eternal youth potion.

Bruce Willis plays the fella, completely against character as a cowardly mortician and he’s absolutely brilliant in it – and completely unrecognisable. Meryl Streep is her usual flawless self, while Goldie Hawn steals the show from underneath them both with a truly mesmerising turn as jilted lover turned murderer Helen Sharp.

Why am I telling you about a 30-year-old film?

Well, this Saturday 30th July, Make-A-Scene will be hosting the latest in their ‘Way-Too-Interactive‘ screenings at Contact Theatre on Oxford Road. And, well – the film is Death Becomes Her if you haven’t already put two and two together.

The screening will be hosted by drag queens Banksie and Beau Blonde as Madeline and Helen, and you should expect plenty of audience interaction, lip sync musical numbers, quoting-a-long, themed photo opportunities inspired by the film and their legendary comedy commentary throughout.

The audience is encouraged to come dressed up in tuxedos and ballgowns, or even as your favourite character (Elvis?!) to add to the atmosphere. Also included in the ticket is the secret to eternal youth.

The event is part of Film Feels Curious, a UK-wide cinema season supported by the National Lottery and BFI Film Audience Network. 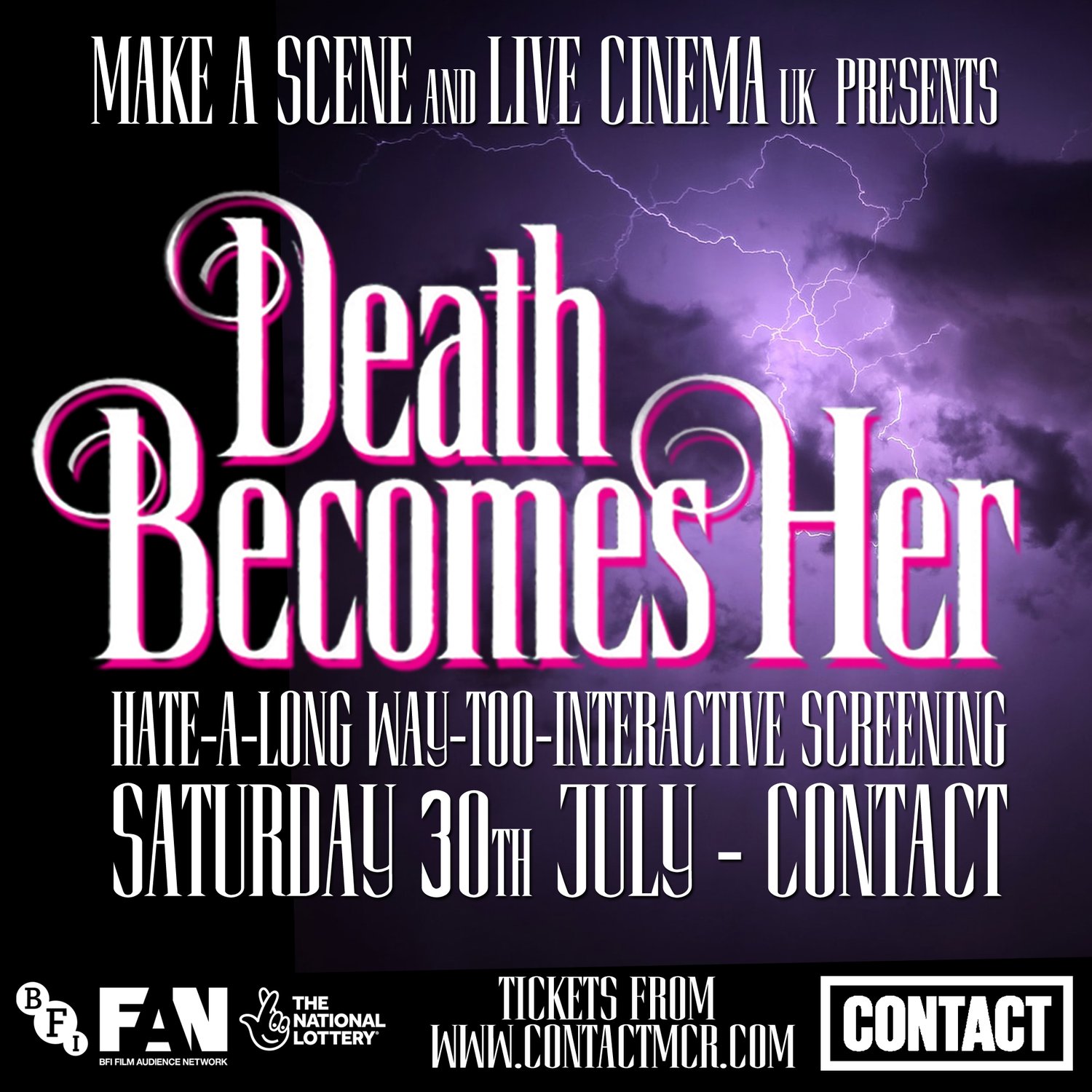 The Way-Too-Interactive Screening of…
Death Becomes Her