New Cult are bringing the noise to Manchester with their perfectly curated and cohesive lineups.

Independent record label Heist Or Hit are reclaiming the Northern Quarter for the noise-makers with the introduction of their new live promotion, New Cult. The team, based out of Soup Kitchen have worked hard to build a community with the launch of New Cult – offering a point of convergence with a safe-space for genres and a home for talent.

Aiming to re-energise the gig scene in the NQ (after many venue closures) the promotion will revitalise the space and build a community.

“The lineups are curated by the four of us at the label – we’re not putting on shows because we see potential profit in certain acts, it really is a reflection of what we’re listening to and getting excited about in the office! We have a beautiful online family that we want to bring together offline. After what we’ve been through, we appreciate how special it is to come together to celebrate life, music and culture”

2020 will see an immense year for the team as they strive to become one of the most exciting labels in the country. Opening doors for new and emerging artists in the North West along the way.

With their ears to the ground, the team are steadily building their roster with exciting new artists across all genres.

“When you come to a New Cult show and only know one of the acts, it’s almost nailed on that you’ll come away having seen your new favourite band – and it won’t be the artist you turned up for”.

On the 23rd of January, New Cult will present their first show at Soup Kitchen.

The perfect first venue for the night – the team at Soup Kitchen Manchester have worked hard to reset their basement and sculpt the acoustics. With the installation of an immense new sound system, Soup Kitchen is certainly coming up as one of Manchester’s most exciting small venues in 2020.

“With our office a stone’s throw from Soup Kitchen, us DJing the bar and the basement brimming with talent – we couldn’t be more at home. And that’s the point, we want to invite people to our own house party essentially”

Manchester currently has an incredibly exciting underbelly of alt-dance acts with crossover appeal, and New Cult are offering something for everyone. Whether you’re an indie head, electronica enthusiast or a Talking Heads fan – there’s so much good stuff for you here. 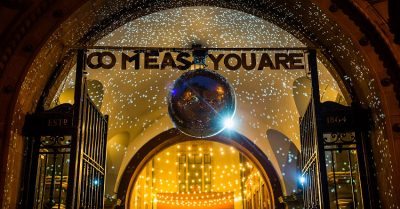 The Refuge ‘Come As You Are’ Weekender August Bank Holiday 2018