An International Street Art Festival is coming to Rochdale!

Rochdale Uprising looks set to feature acclaimed street artists from across the globe.

The new festival will feature large scale murals, an exhibition, art fair, workshops, artists talks and much more, all accessible for FREE to the general public for all ages and cultures.

World renowned artists will travel to the town and adorn buildings with beautiful artwork inspired by Rochdale’s rich heritage.

The primary aim for the first edition of Rochdale Uprising is to breathe life back into unloved and neglected parts of the town through a series of iconic murals, showcasing local and internationally renowned artistic talent as well as some of the diverse networks of creative organisations in and around Rochdale and Greater Manchester.

Hayley Garner, of Nomad Clan, speaks of the launch, “One of the core motives for running a mural festival in Rochdale is to inspire and engage the young people through direct visible action.

“As someone who grew up in Rochdale, I remember an absence of art culture and a lack of artists to aspire to. One of the many strengths of urban contemporary art is how readily available and accessible it is, turning the streets into a gallery that only inspires imagination as opposed to the traditional elitist galleries that some people would never access.

“If someone had told me that I would have a career in muralism that would find me travelling all over the world, sustaining a comfortable living and having some of the richest life experiences I could imagine, I never would have believed it.”

The London Police (Amsterdam)
Known for their iconic LADS characters and precision marking TLP have recently celebrated 10 strong years in the art world and their work has graced streets and galleries in 35 countries during this time. The London police are one of the most recognised duos in the urban art movement.

Inkie (Bristol)
This artist is one of the most notorious graffiti writers in UK history to emerge out of the 80s Bristol scene. Painting alongside 3D and Banksy, coming 2nd in the 1989 World Street Art Championships, the Kingpin was arrested as the head of 72 other writers in the UK’s largest ever Graffiti bust, Operation Anderson. Inkie has since worked as head of design for SEGA, Xbox, and currently resides in Jade Jaggers west London studio.

Curtis Hylton (London)
An Artist based in the Hampshire area with extensive experience painting commercial and domestic murals, His work is up there with the best the U.K has to offer. Curtis has been making a big impact on the U.K festival scene these last few year creating murals with immense levels of detail breathing and injecting life into cities up and down the country.

Pilth (Birmingham)
Subtly straddling the boundaries between illustration, design,street art and graffiti. Philth is uncategorisable – his intricate floral patterns and realistic portraits set him aside from most.

Tank Petrol (Poland)
Born in Poland in 1982. Today he is based in Manchester, UK. Originally came from graffiti scene today is known for stencil art, although he uses different techniques ranging from stencils, typography and traditional painting to freehand murals and fine woodwork. His artwork embrace the diversity of women characters. His vivid female portraits evoke emotional complexity of woman showing fear, anger, nostalgia or self confidence.

TeaONE (Preston)
Born in Manchester, TeaONE is a visual artist who combines elements of classical painting and graphic design with a graffiti aesthetic. He is influenced by the post industrial landscape of Northern England and its neglected remnants from an abundant past. Fusing architectural structures and letters inside imagined colour-fields, often casting object as protagonist, He regularly incorporates flattened perspectives and post impressionist modes to inform his visual lexicon.

Lei-Mai (Liverpool)
Lei-mai is an artist and designer from Liverpool living in Manchester. With a background in graffiti and street wear and a love for lettering and illustration, her work is an unapologetic mixture of modern styles and traditional techniques.

Folie (Manchester)
Folie works in a range of mediums from body paint to spray paint, sculptures and photography. As a mural artist Cookie mainly works with white ink on black backgrounds to effectively bring out the light from the dark. The name Folie is derived from the French for “madness” and is a platform for celebrating the relationship between mental health and art. Putting madness to the method since 2017.

Billy (UK)
Billy’s work is bold, bright and colourful inspired from her trips and adventures. Its playful energy breathes life and energy to the spaces it adorns. Billy will be working alongside the Local youth group RECLAIM to create a mural inside Champness Hall on Drake street.

Northernline (Manchester)
Northernline is a graffiti/street art supply shop based in the iconic Afflecks building. NL will be sponsoring the whole event, keeping our artist fully equipped and ready to create. Tim the owner will be curating and painting a wall with local artists on Newgate and helping to facilitate a graffiti Jam just off Baillie Street. There you will find a great mixture of new up and coming local talent and local graffiti legends.

Nomad Clan (Manchester)
The collective of Cbloxx and AYLO, an internationally-acclaimed, street art muralist duo and directors of Uprising. Creators of the UK’s tallest mural ‘Athena Rising’ in Leeds, Nomad Clan have been noted as ‘One of street art’s finest female duos’ by Widewalls and pegged as one of the top 5 female street artist in the world by The Guardian News Paper.

OverDrawn @ The Baum
Saturday 24th August, from 7pm
Artistic pioneers OverDrawn will be taking over one of Rochdale’s oldest and most beloved pubs as they rock up to The Baum with their white paper (to cover the tables for doodling), local artists and live art battles. Reducing the barriers of anxiety around drawing, OverDrawn have established a name for themselves by mixing artists and the public in one space and putting everyone on the same page during an incredibly social event.

Artists Q&A @ Rochdale Market and Food Hall
Sunday 24th August, from 2pm
Sunday will see a series of talks by artists, giving festival goers the chance to quiz them and openly discuss topics or issues or simply listen to what these creative minds have to say. These talks will feature Yasha Young, the director and brains behind Urban Nation; Kelzo, a veteran of the graffiti world; and London Police, one of the most stylistically recognised duos in the urban art movement. Each talk will be a question and answer style ‘15 minutes of Focus’. 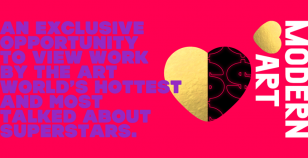